Clive Doyle, who became the de facto spokesperson for surviving Branch Davidians after escaping the fire at the Mt. Carmel compound in April 1993, died last week at age 81.

Doyle, an Australia native, had lived in Waco for most of the period between 1966 and his death on June 8, which was caused by pancreatic cancer, according to his obituary.

Doyle, a quiet and retiring man, served for nearly three decades as a primary source for international news media and researchers interested in the Branch Davidian tragedy near Waco. He was a leader of a small remnant of the sect that continued to meet in Waco, hopeful of the eventual return of David Koresh to Earth as Messiah. He also wrote a memoir and led annual commemorations of the siege and fire.

Koresh and 75 followers died in the cataclysmic fire at the Mt. Carmel compound on Double EE Ranch Road on April 19, 1993, ending a 51-day siege by federal agents. The siege began with a botched raid by the Bureau of Alcohol, Tobacco and Firearms on Feb. 28, 1993, that culminated in a firefight that killed six Davidians and four ATF agents.

Doyle was present during the shootout and was charged with other Davidians on federal murder conspiracy charges. Upon his acquittal of all charges in 1994, he told the Tribune-Herald he was innocent but regretted the violence.

“Branch Davidians are not anti-government,” he said. “We’re not anti-law enforcement. And I’m sorry there are four agents dead and a lot that were wounded.”

Doyle remained at the compound until the fire erupted, escaping from the first floor with severe burns. His 18-year-old daughter, Shari, died on the second floor. She was one of many women Koresh had claimed as his wives.

Over the years, Doyle would suggest that federal agents likely started the fire as they used a tank to insert CS gas, a type of tear gas, into the compound. Federal investigations have cited evidence that Koresh’s followers spread fuel around the compound to burn it down, but Doyle said he was unaware of any suicide plans.

He later became part of the Branch Davidians led by Ben Roden.

In 1966, Doyle visited the Branch Davidian community in the Elk area, known as Mt. Carmel, with other Australians and decided to become a member. In 1984, a young Vernon Howell, later known as David Koresh, gave Bible studies at the community and persuaded Doyle and others that he was a prophet.

Doyle told the Tribune-Herald in 2013 that Koresh could “make the Scriptures come alive, harmonize them and make them applicable to this day and age.”

Doyle said it was Koresh’s teachings, not his personality, that drew him in.

“A lot of things would have been a turnoff to a Davidian,” he said. “Some kid coming in with long hair and a beard is not something you’d normally deal with. I believe the Spirit worked in spite of him, in spite of the language he used, the lack of education he appeared to have, his looks. … You came to evaluate the message rather than the messenger.”

After the fire, Doyle would continue to keep Koresh’s apocalyptic vision alive, in a much more subdued manner. He returned to live at Mt. Carmel in 1999, while working at a health food store, and he led services in a new chapel built on the grounds in 2000.

“I happen to be a survivor, a teacher of sorts, but don’t consider myself a reverend,” he told the Tribune-Herald in 2003.

He left the Mt. Carmel center after an ownership dispute over the property.

In 2012, he wrote “A Journey to Waco: Autobiography of a Branch Davidian,” with the help of Catherine Wessinger, a historian of religions.

Doyle is preceded in death by his daughters Shari and Karen Elizabeth Graham.

A private memorial service was scheduled for Doyle.

Branch Davidian tragedy at 25: How the story overtook the storytellers

Elevator motors original to the 111-year-old ALICO Building that remain in use will be replaced during the project.

For Elja Kampfhenkel, “Sometimes, the training was worse than the real thing.” 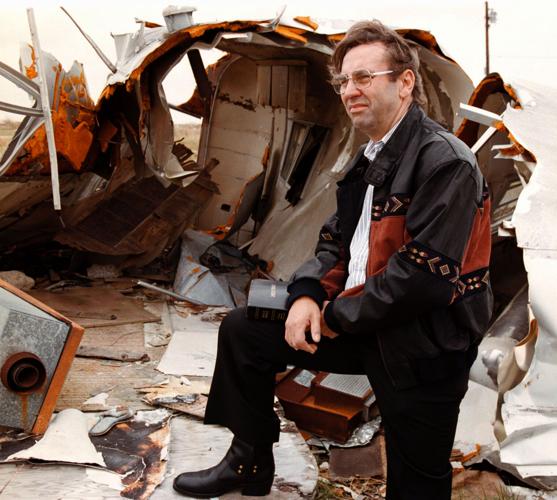 Clive Doyle stands among remnants of the Branch Davidian compound in this undated photo. 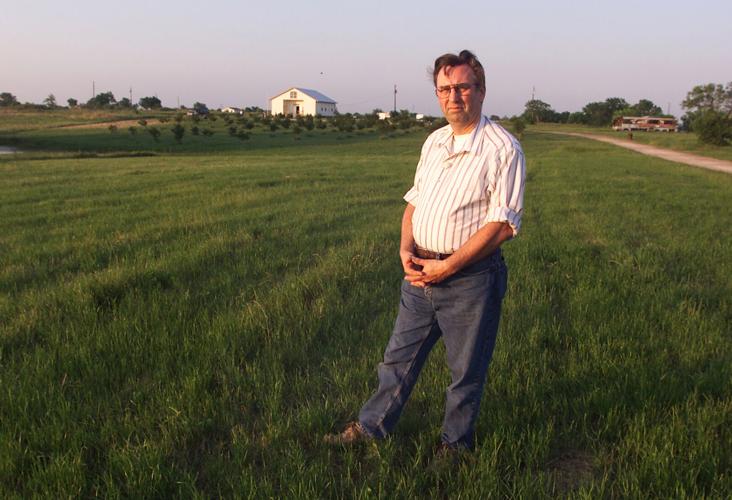 Clive Doyle stands at the Mt. Carmel property in this photo from the early 2000s.