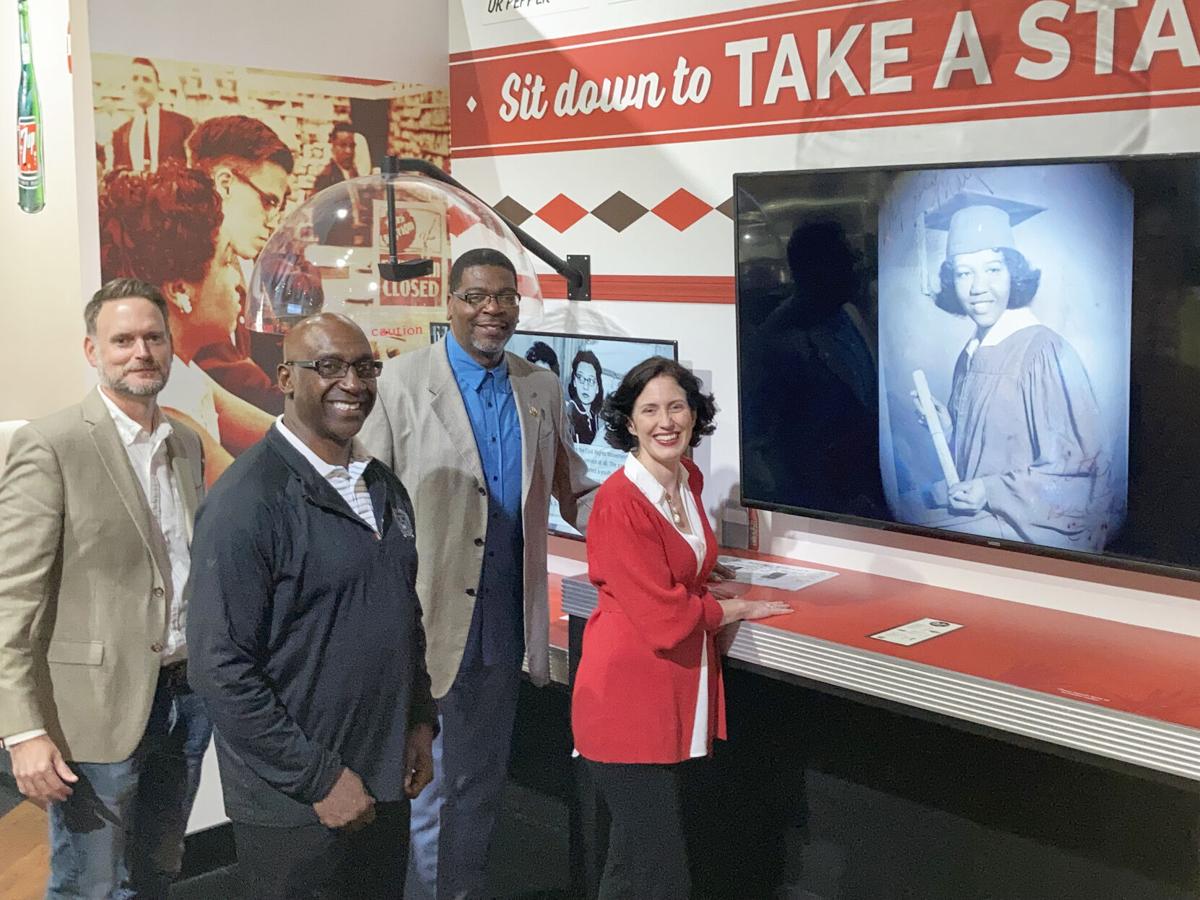 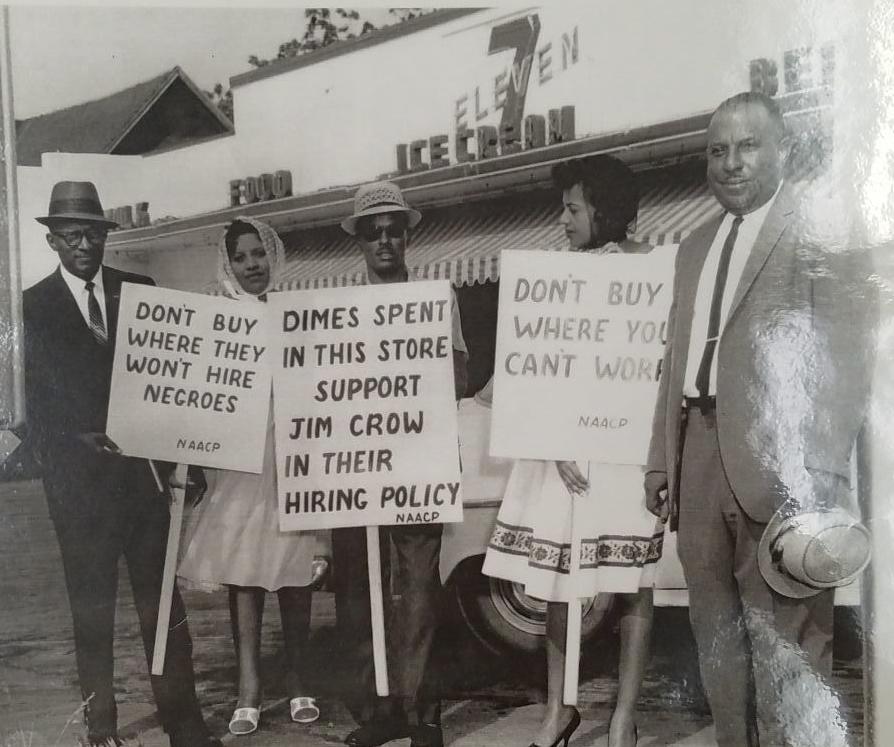 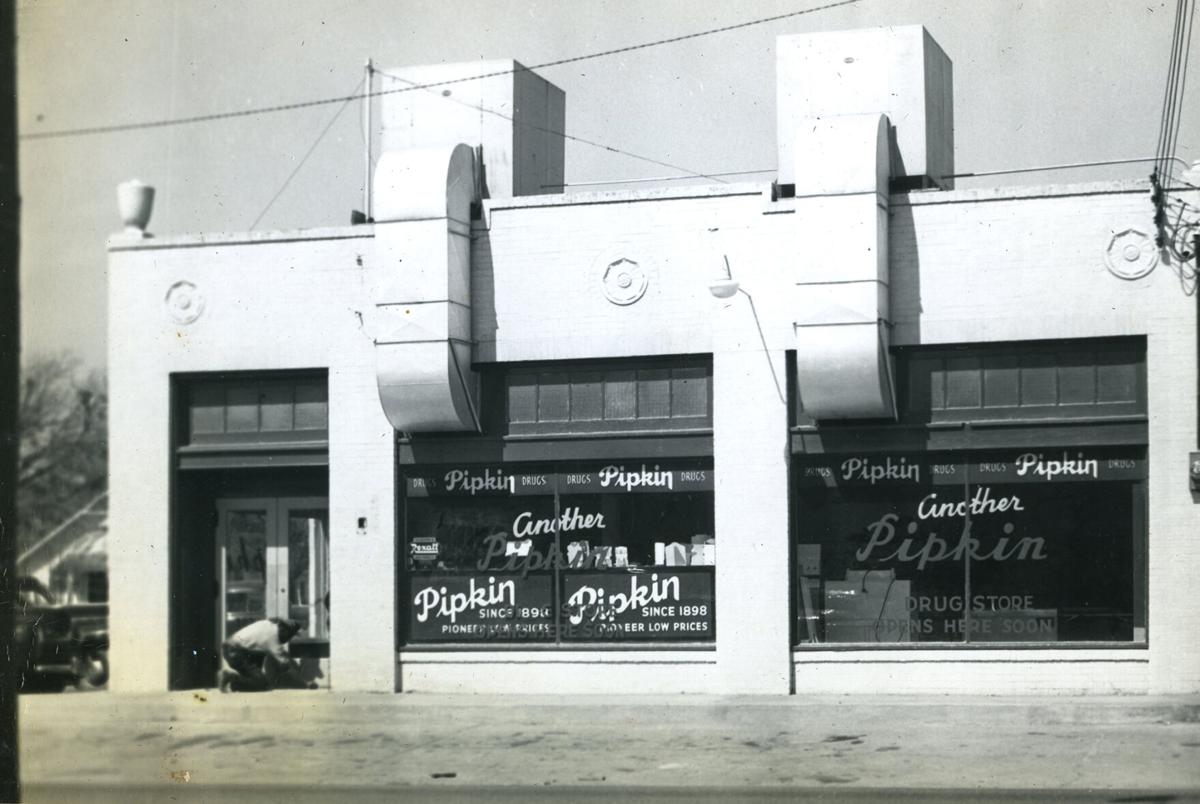 Pipkin Drug Store, in the 700 block of Elm Street, saw sit-ins by Paul Quinn College students in the 1960s as they pushed to open its lunch counter to Black diners. 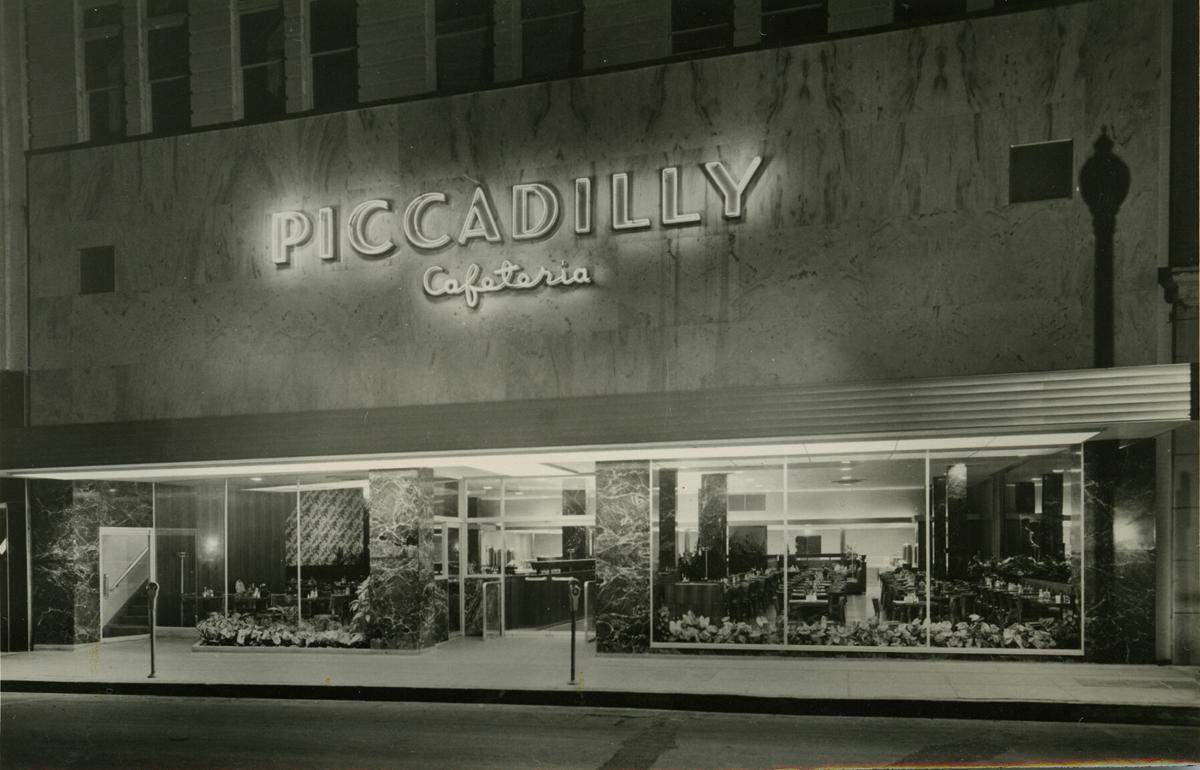 Talks to open Waco’s Piccadilly Cafeteria, seen here in its downtown location at 711 Austin Ave., to Black customers led to the racial integration of the whole restaurant chain.

Lunch counters and diner tables may seem like neutral territory supporting food plates and sodas, but in the 1960s and 1970s, they often were battlegrounds in the fight for civil rights.

That struggle is captured in the video exhibit “Sit Down to Take a Stand” now on display in, of all places, the Dr Pepper Museum and Free Enterprise Institute’s Soda Fountain.

The exhibit offers a look at how civil rights activists, many who were college students, pushed for racial integration of public spaces by sitting down at lunch counters and in diners forbidden to them, whether by local and state segregation laws or business policy, in a tactic called sit-ins. By occupying customer seating while they awaited service, the protesters blocked the stores’ usual lunch and dinner crowd, cutting into their profits.

Sit-in activists paid a price in arrests, insults, racial epithets, food and drink poured on their heads, lit cigarettes stubbed out on their bodies and even beatings, but gradually their stoic protests pressured local establishments to serve Black customers as well as white ones.

“Sit Down to Take a Stand” also spotlights Waco history, recounting the experience of community leaders such as Arthur Fred Joe and Paul Quinn College students including Cherry Boggess as they protested Waco businesses that refused to serve Black people.

When Summar-Smith suggested an exhibit on soda fountain culture of the 1950s and 1960s, she got a muted reaction from the Black and Hispanic members of an advisory committee. Jim Crow laws in effect in the South during those decades effectively banned Black people and some Hispanic people from soda fountains and lunch counters where soft drinks were sold.

In fact, lunch counters in some communities, particularly in the South, proved a front line for anti-segregation protests. Museums such as the National Center for Civil and Human Rights in Atlanta highlight the sit-ins in their exhibits, which gave Summar-Smith an idea for an educational exhibit in the Dr Pepper Museum’s soda fountain area.

With input from the museum’s advisory committee and local interviews by Stephen Sloan, director of Baylor University’s Institute for Oral History, and Baylor’s Texas Collection, she led the creation of “Sit Down to Take a Stand,” a short documentary video on the civil rights sit-ins displayed in a mock-up of a lunch counter table.

Waco residents will find the video has a strong local component, led by the experiences of Cherry Boggess, who as a Paul Quinn student in the 1960s took part in sit-ins at the lunch counter Pipkin Drug Store in the 700 block of Elm Street, and Harvey Griggs, an Owens-Illinois Glass Plant worker who discussed the integration of the factory’s segregated cafeteria in his oral history interview.

Boggess, now 80, told her story to Sloan and a private exhibit reception audience Nov. 20, an interview recorded for an upcoming Waco History podcast episode. For the Florida native, the Pipkin Drug Store sit-in continued an activism started when she was a Knoxville College student. She went through sit-in training in Nashville, where fellow students practiced not reacting to the insults and physical abuse they likely would encounter.

After her first arrest led her parents to transfer her to the African Methodist Episcopal Church-affiliated Paul Quinn College and the watchful eye of a relative who was an AME bishop, Boggess and some classmates from Alabama got involved in sit-ins organized by Waco postal worker and NAACP Secretary Arthur Fred Joe and Vivienne Malone-Mayes, who eventually would be Baylor’s first Black professor, among others.

Boggess told Sloan students were irritated they could shop at Pipkin, only a few blocks from campus, but were not allowed to eat there. After the students’ first few visits to the East Waco drugstore, they found nowhere to sit when they entered the store because store personnel had removed the lunch counter stools. Boggess later discovered women working at Lander’s Variety Store, a block up Elm, would phone the drugstore when they saw the students walking down from the college, giving Pipkin employees time to take away the seating.

Black Waco supporters of the sit-in, fearing local retaliation for direct participation, quietly provided transportation for students to arrive in a different direction, Boggess said in the interview. Others, including Waco civil rights leader Robert Gilbert, brought crackers and drinks for the students to stave off their hours without either while at the sit-in.

Boggess and her classmates continued the periodic sit-ins over several months, and she said a Pipkin cook once risked his job to fry hamburgers for them.

Eventually the Pipkin lunch counter joined other Waco restaurants in opening up to Black customers.

The East Waco drugstore closed several years after that, as have several of the Waco businesses and facilities targeted for sit-in and other protests in the 1960s. A page on the Dr Pepper Museum website about the “Sit Down to Take a Stand” exhibit details several of those sites, including Piccadilly Cafeteria, the Cotton Palace Park swimming pool, the Elite Cafe and the Elm Avenue 7-Eleven convenience store.

The Waco sit-ins and protests received little media coverage at the time due in part to an unofficial agreement between Waco Tribune-Herald and Waco Times-Herald editor Harry Provence, city leaders and some civil rights activists to downplay news coverage of public protests in return for quiet, behind-the-scenes pressure for integration.

With the generation of civil rights leaders and participants dying out, it is important that stories of their experience and achievement don’t die out as well, said Anthony Betters Sr., museum board member and incoming president.

“For me, this goes back in time to explore history, but I think this is for the generation behind us,” Betters said.

Old perceptions and memories often linger well past any social change. Boggess’ daughter Bridgette grew up in a Waco where segregation was dying out, yet found herself the first Black promoter to ask the Grand Lodge of Texas about renting its space for a John P. Kee concert she was organizing in 2018. Lodge officials agreed willingly and the event was successful, but some in the Black community had never considered it as a venue open to them due to the lodge’s past history of discrimination against Masons of color, she said.

“Sit Down to Take a Stand” is located in the museum’s soda fountain area and open to the public without charge, although there is an admission fee for the rest of the museum. Summar-Smith said its location makes it accessible to the museum’s approximately 170,000 visitors a year as well as school field trips.

“There’s a significant reach for this exhibit,” she said.

Biden: US troops won't be moving into Ukraine

Biden: US troops won't be moving into Ukraine

What are these weird looking 'spider formations' that were spotted on Mars?

What are these weird looking 'spider formations' that were spotted on Mars?

After millions of guests, a major expansion in 1988 and an extensive renovation in 2009, the city will celebrate Waco Convention Center’s 50th…

“My military experience was a great journey. I missed the opportunity to go overseas and the possibility of seeing combat.”

A two-year course in Mandarin Chinese, taught by native speakers: To say it was grueling was an understatement.

Pipkin Drug Store, in the 700 block of Elm Street, saw sit-ins by Paul Quinn College students in the 1960s as they pushed to open its lunch counter to Black diners.

Talks to open Waco’s Piccadilly Cafeteria, seen here in its downtown location at 711 Austin Ave., to Black customers led to the racial integration of the whole restaurant chain.