In the decades since Paul Quinn College left Waco and William Decker Johnson Hall behind, there have been talks of using the building as a community center, an African American museum, office space for up-and-coming entrepreneurs or all three.

But those have remained dreams, Quinn Campus Inc. Director Josette Ayres said. An engineering study the city of Waco plans to commission could start the process for making new uses for the almost century-old building a reality, she said.

“But at least with an engineering study, we can start formalizing those dreams,” Ayres said last week while standing under the building’s second-story balcony.

Quinn Campus Inc. was founded to take over, restore and use the campus in a way that benefits East Waco several years after Paul Quinn College left Waco for Dallas in 1990. The nonprofit has partnered with other institutions over the years to restore other buildings on the former campus of the school that moved to Waco in 1877. But a new user has proven elusive for the 36,000 square feet of Decker Johnson Hall, spread over three stories and a basement.

“We’re very proud of the continued work that Paul Quinn College does in the Dallas area, but we certainly don’t want to lose the relevance … of this college contributing to the city and East Waco community in particular,” Ayres said.

Over the years, the building has been a dormitory, classroom space, a library, and at one time housed a museum detailing the history of the African Methodist Episcopal Church that built it. Though multiple people have approached Ayres about using the building, none have been willing to take on the cost of renovations. She said the feasibility study will at least determine what kind of repairs the 99-year old building might need.

First, trespassers broke into the building, ripping valuable copper wiring out of the walls. After that, kids broke windows, the elements got in, and Quinn Campus Inc. did its best to keep the building safe with no dedicated funding source.

“It’s lasted this long,” Ayres said. “It’s stood the test of time with so little support and maintenance and care, other than what we’ve been able to do.”

Today, painted plywood boards cover each window frame in an attempt to keep people and the elements out. Rapoport Academy students, who attend classes on the campus, painted the boards. The eye-catching designs call out in bright colors to fight back against bullying, racism, sexism and homophobia, and call for tolerance and understanding. One wordless painting features a hungry octopus with only a fish’s skeleton to eat.

“The students took on this project of beautifying the windows,” Ayres said. “We were really hoping that would deter (vandals) that they will start to see the beauty in the building and not continue.”

Most people who break in do not do so maliciously. Homeless people have taken shelter in the building countless times over the years, which Ayres said started happening more frequently after the Elm Avenue streetscape project began.

“I like to say that until Johnson Hall is restored, the East Waco corridor development is not complete because it is the anchor for East Waco, and it has so much historical significance in reference to what it produced,” Ayres said.

Paul Quinn College founded in 1872 by African Methodist Episcopal Church officials in Austin with the purpose of educating previously enslaved people, and it moved to Waco in 1877. Ayres said the college was a cornerstone for the local Black community until it moved to Dallas in 1990.

Ayres said graduates from Paul Quinn College went on to open businesses along Elm Street, become teachers in local schools or become city leaders. She said she wants to see the building become a resource for East Waco once again.

“It was the pride of East Waco, and we want it to always be that,” Ayres said. “We want to bring it back to its heyday, and be able to leave this community a gift that will live on for another century or more.”

City Council Member Andrea Barefield said shortly after she was elected to the council in 2018 she ran into current Paul Quinn College President Michael Sorrell at an event in Dallas.

“I said 'You’re all doing amazing work in Dallas. You’ve turned a sow’s ear into a silk purse, but the impact of Paul Quinn College on Waco is monumental and the loss has been felt since you left,'” Barefield said in an interview last week.

She said more than anything, losing Paul Quinn’s school of education cut off a source of educators for local schools who not only resembled their students, but were familiar with the city. She said her hopes for the building remain the same as they were the day she spoke to Sorrell.

“I don’t need the whole college, just bring the school of education, that’s all,” Barefield said.

She said Decker Johnson Hall's four floors are enough to house the school of education and showcase local history and still have room for programs for East Waco residents.

“So much is lost, and if we don’t honor it, if we don’t say names and preserve legacy and share legacy … we’re going to lose it, and we can’t afford to,” Barefield said. “Not when, brick by brick, that school was paid for by formerly enslaved … that can’t happen.”

William Sidney Pittman, Booker T. Washington’s son-in-law, designed the building, according to a plaque on its façade and Quinn Campus Inc.

According to the Texas State Historical Association, Pittman was the first African American architect to receive a federal contract and was considered one of the most accomplished Black architects in the country by his contemporaries. He married Portia Washington in 1907 and moved to Dallas with her in 1912, where he became the first practicing Black architect in Texas.

The historical association lists five buildings in Texas designed by Pittman that were still standing as of last year. The entry does not list Decker Johnson Hall, but it notes the college's women's dormitory designed by Pittman in 1921 burned down in 1954.

Rodney Clark, who served as  Quinn Campus Inc. director in the 2000s, said the one time he ventured inside Decker Johnson Hall he was on his guard, but all he found were books, periodicals and reference texts strewn everywhere.

Clark said the historic Black college’s departure from Waco came with repercussions for local schools that are still apparent to him. As a Waco ISD student in the 1980s, most if not all of his teachers, coaches, counselors and librarians were Paul Quinn graduates.

“That’s lost, that’s all gone, the teachers, the coaches, the community leaders that were not from Waco but stayed here and made a life here and enriched our community,” Clark said. “That’s what I think a lot of people don’t really understand … so you lose that level of diversity, and that spirit.”

His first memories of the campus came from the annual summer camp he attended there as a preteen. College students would lead classes and group activities, and younger kids got a sense of what it would be like to be on the campus as students. He said there is nothing comparable to the old summer camp in East Waco anymore.

“It was such a big part of my life during those formative years, but then once you get to high school, there’s so many other things going on, there was a disconnect,” he said. “Then I just remember reading in the paper that it was leaving, and it was like ‘What? What is that about?'”

He said from the beginning, there were discussions of converting Decker Johnson Hall into a museum showcasing local history. Clark said if that is the route, he would want the building's exhibits to dig deep and shed light on local events and on things not enough people are aware of, both good and bad.

She asked her father if she could interview him about his service in Vietnam, but he ended up recording it because he discovered he couldn’t talk about it in front of his daughter.

At Landing Zone Winchester in Vietnam, Bobby Brister had to deal with monsoons — and rats. “They weren’t rats, they were monsters,” he said. “To this day, I don’t like rats.” 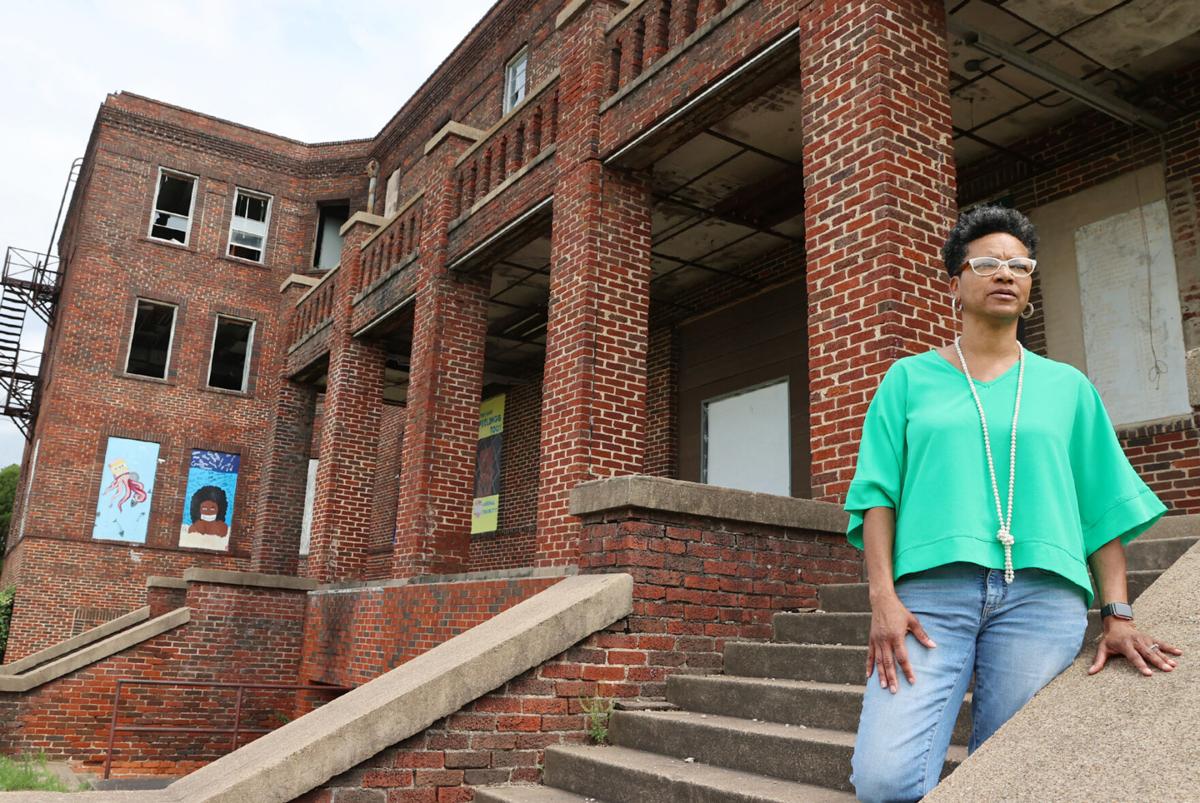 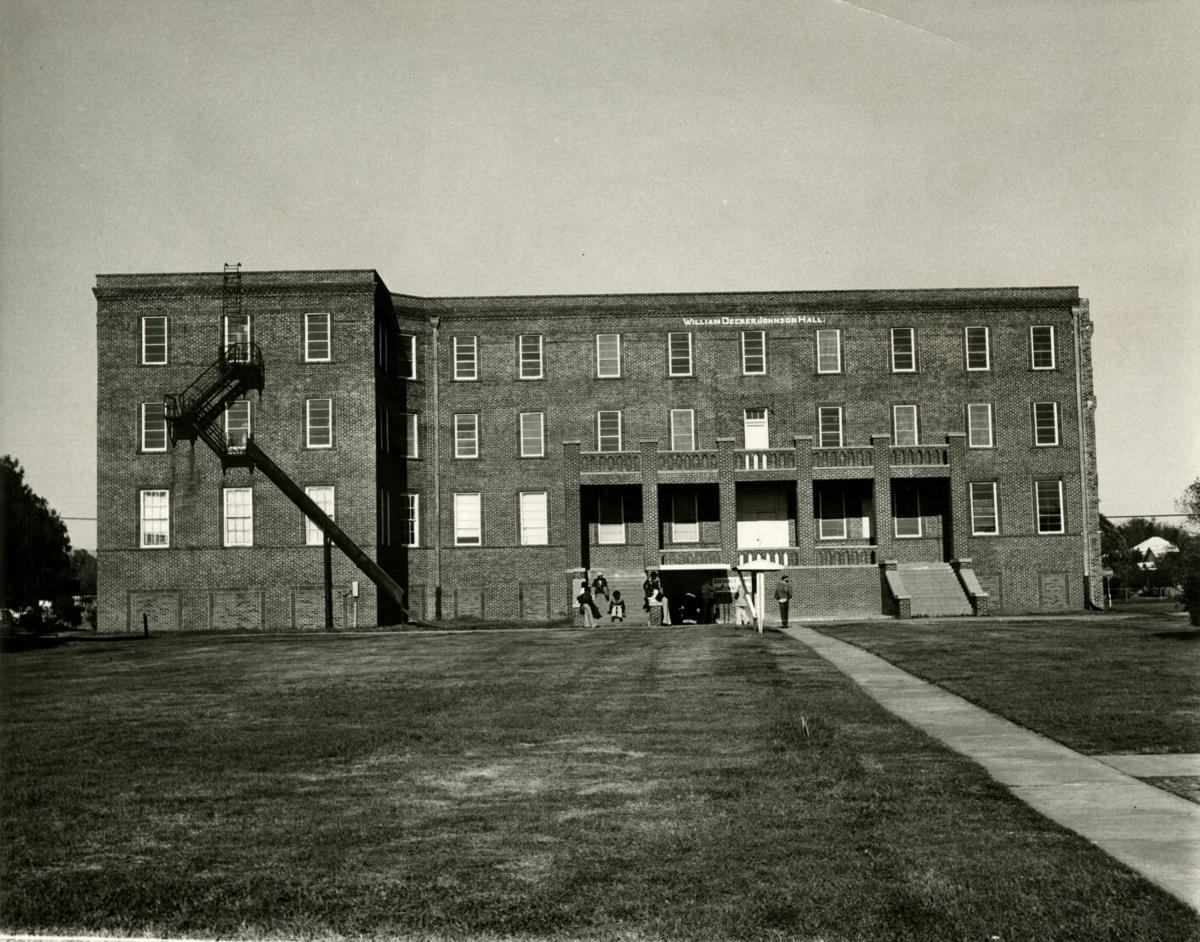 A photo shows Decker Johnson Hall when it was being used as a library by Paul Quinn College. 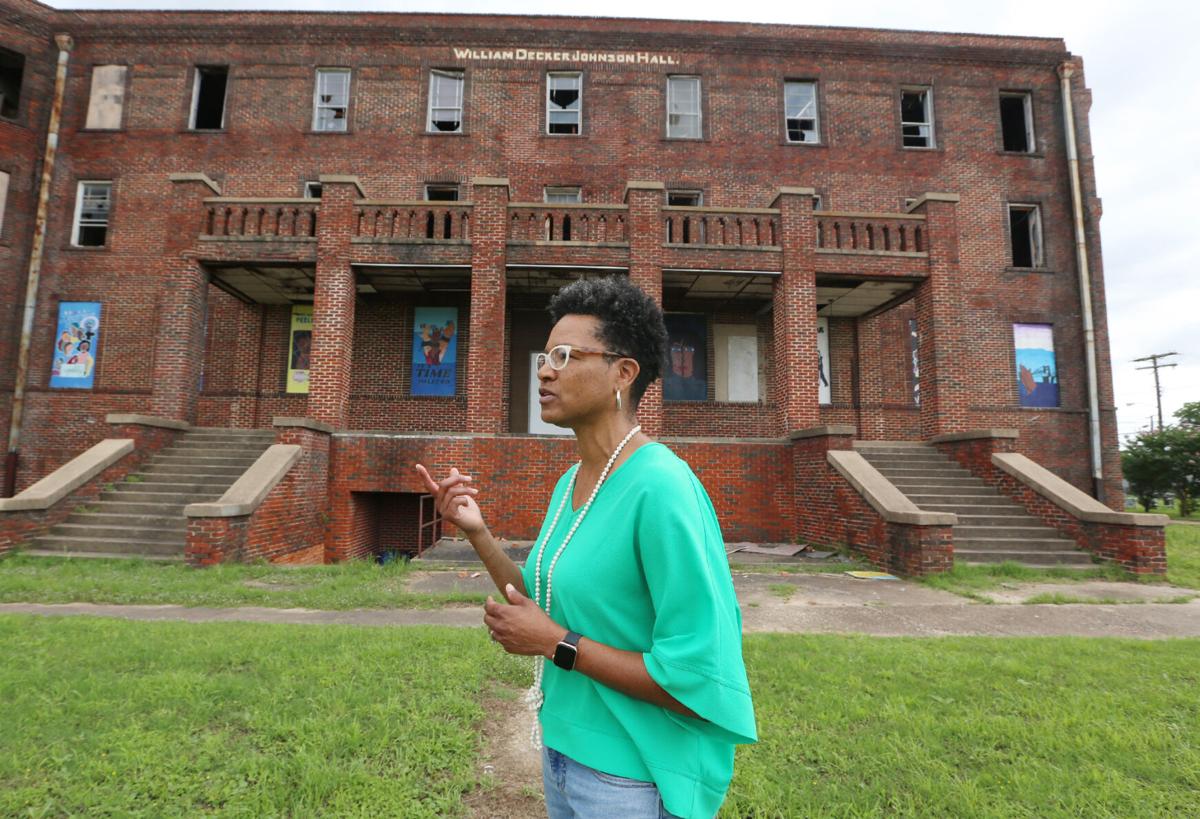 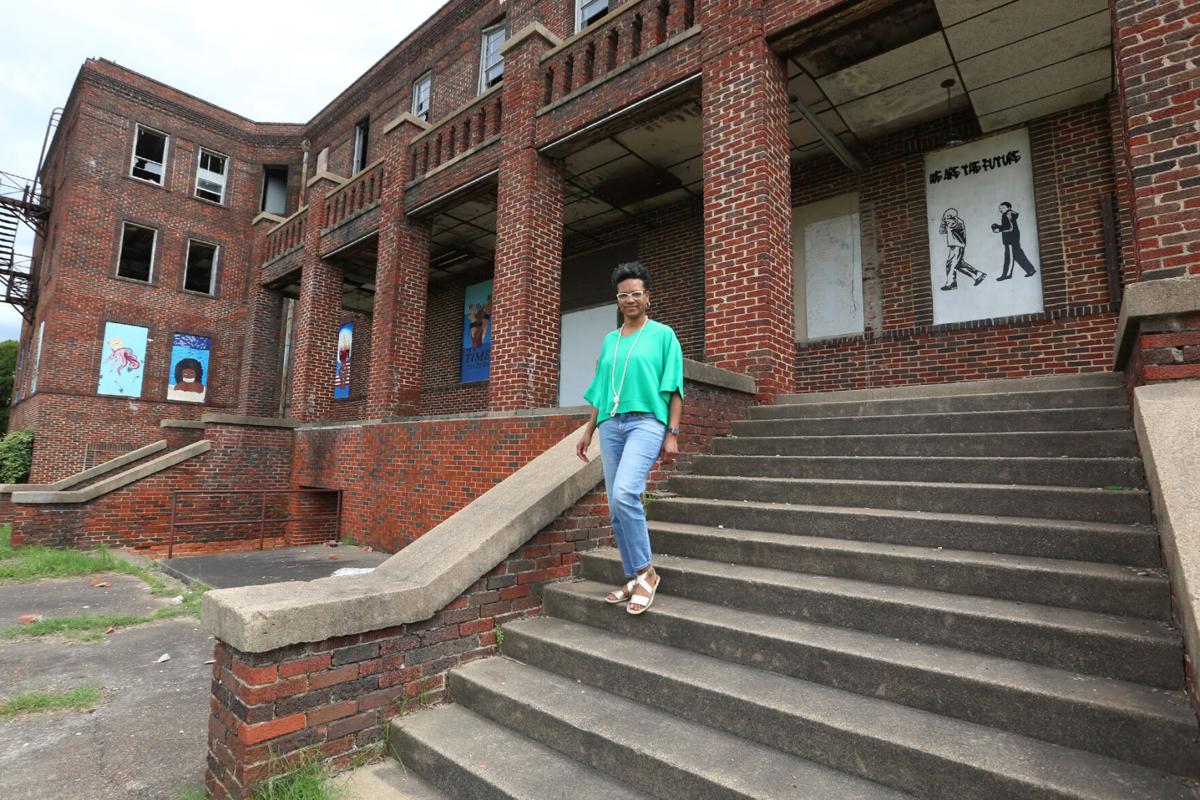 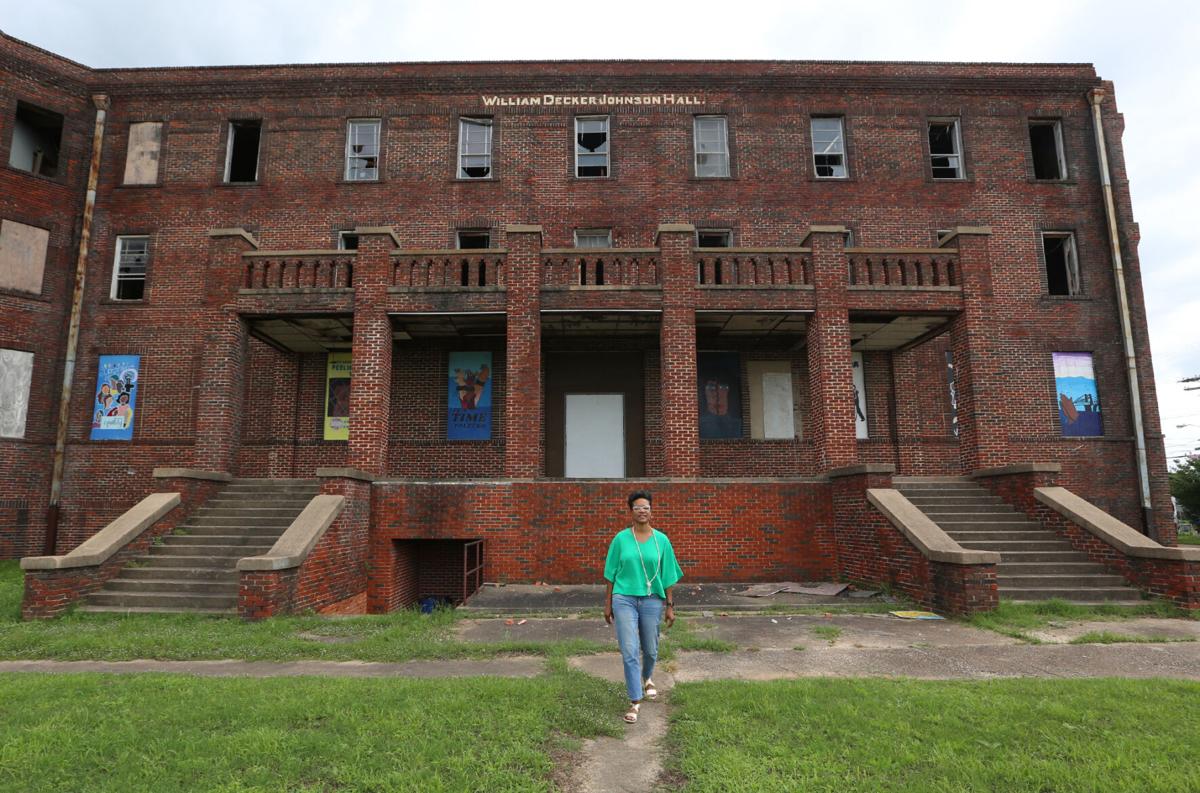 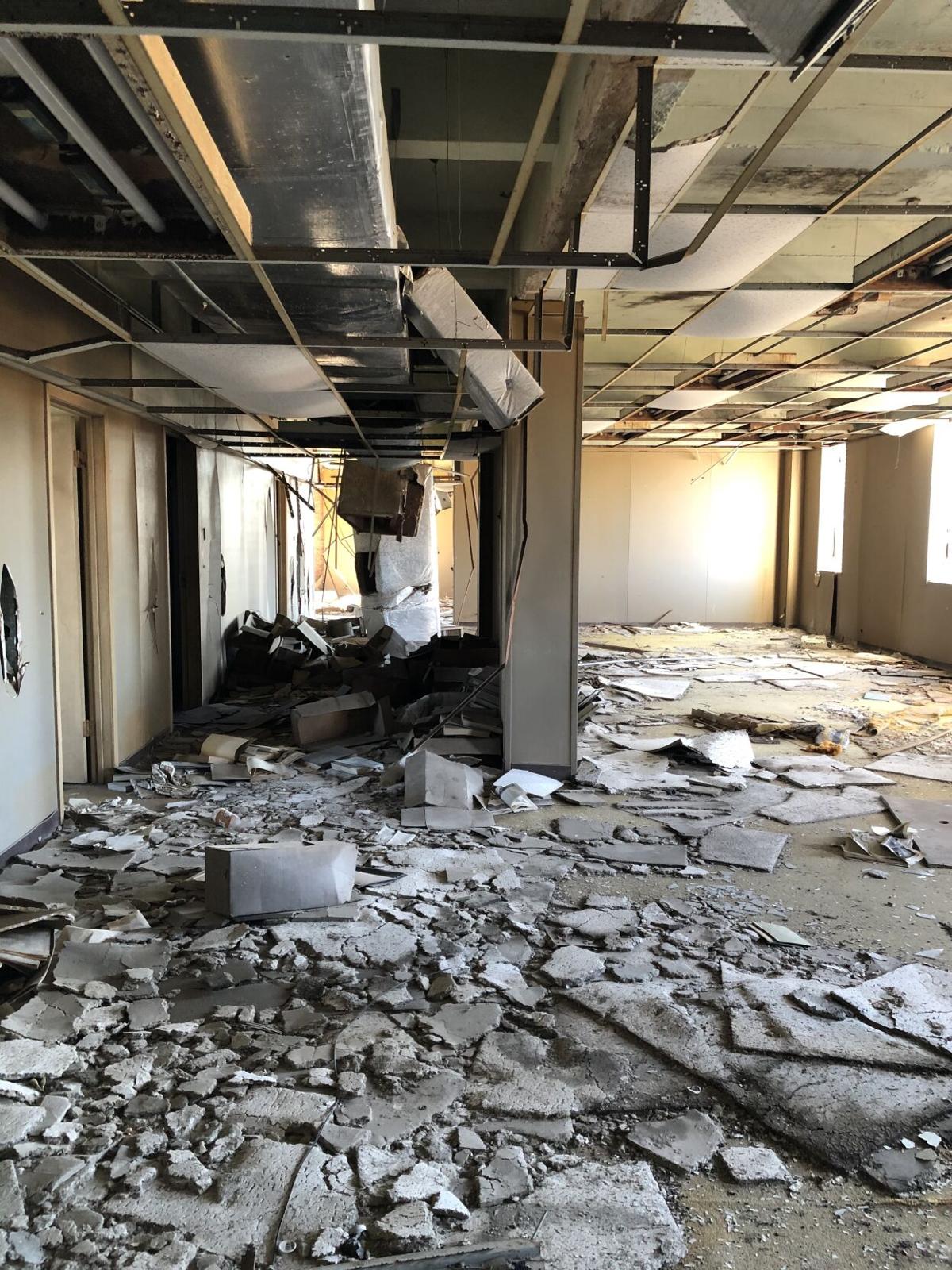 Theft of materials and the elements have left the inside of Decker Johnson Hall in disarray. 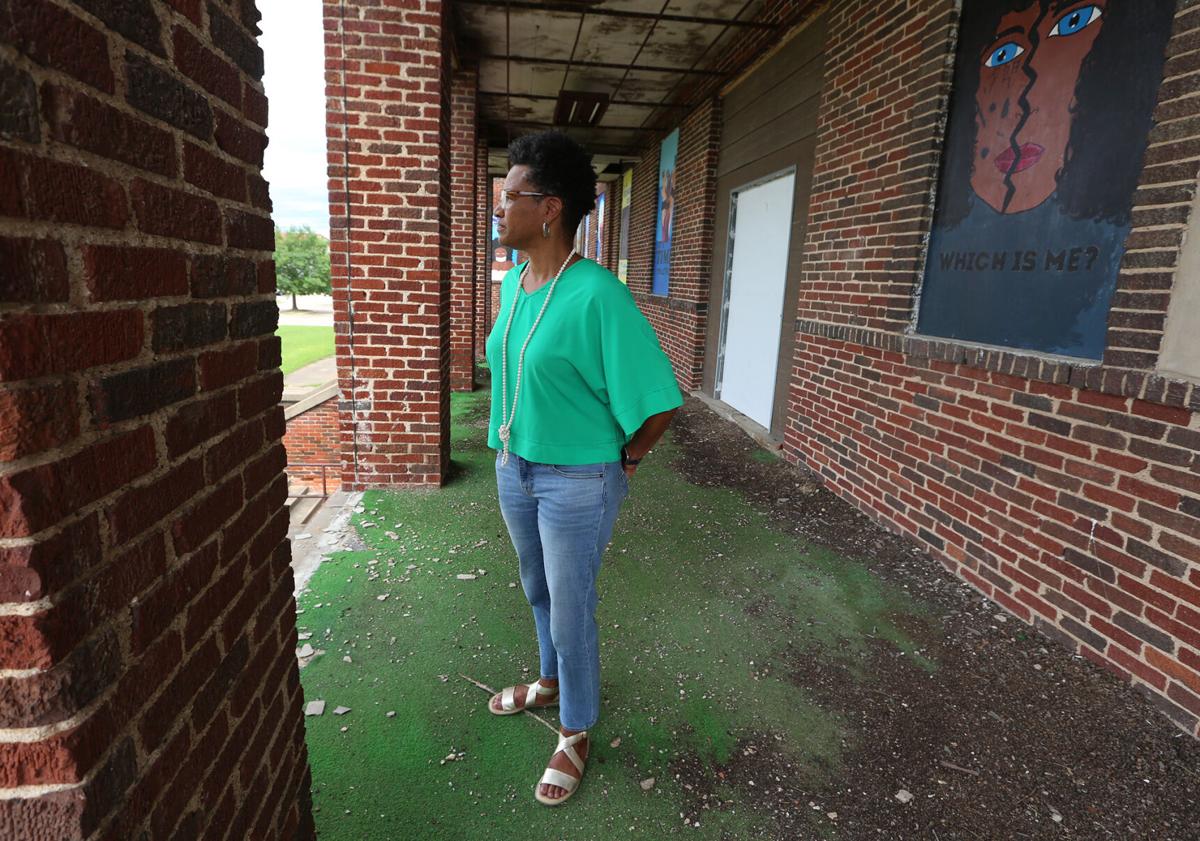 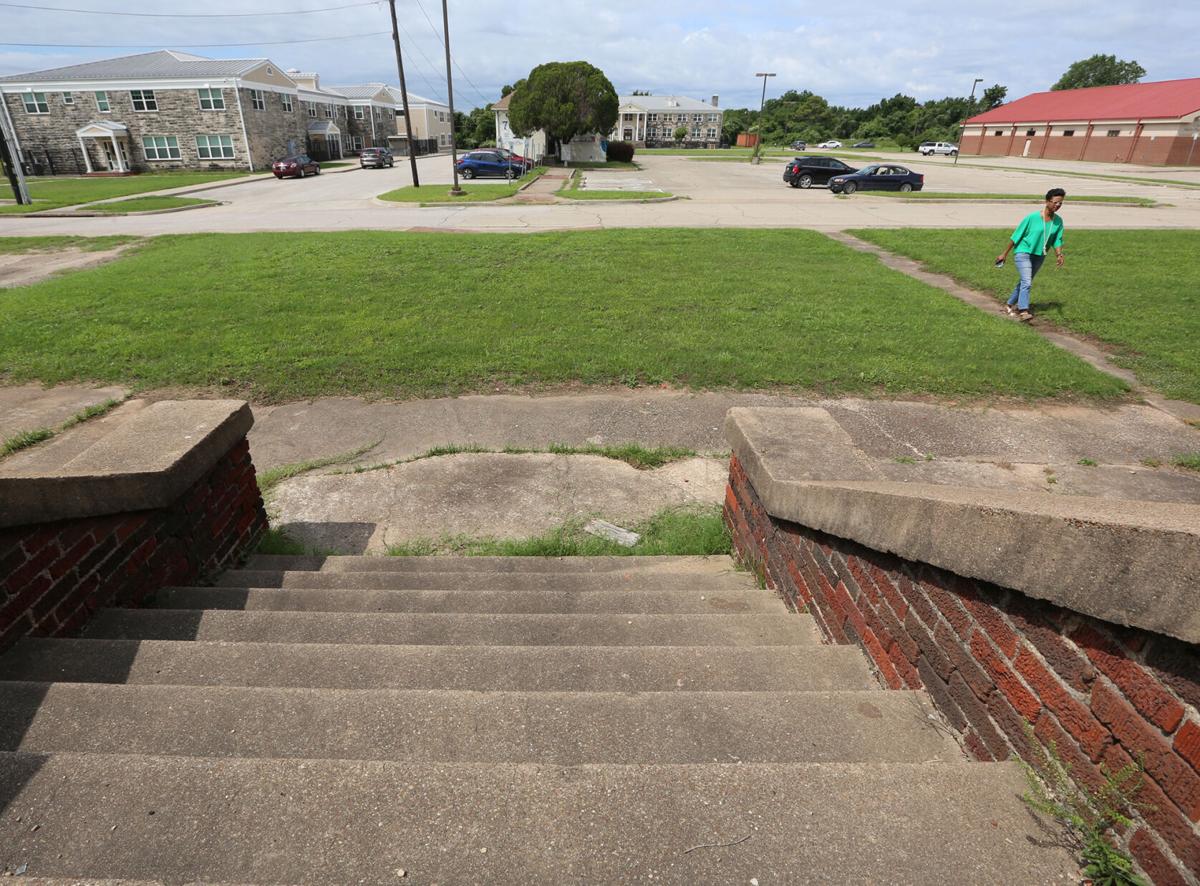 Rapoport Academy, the city of Waco and the YMCA all have a presence on the former Paul Quinn College campus in East Waco, but a new use for Decker Johnson Hall has not materialized since the college left Waco in 1990. 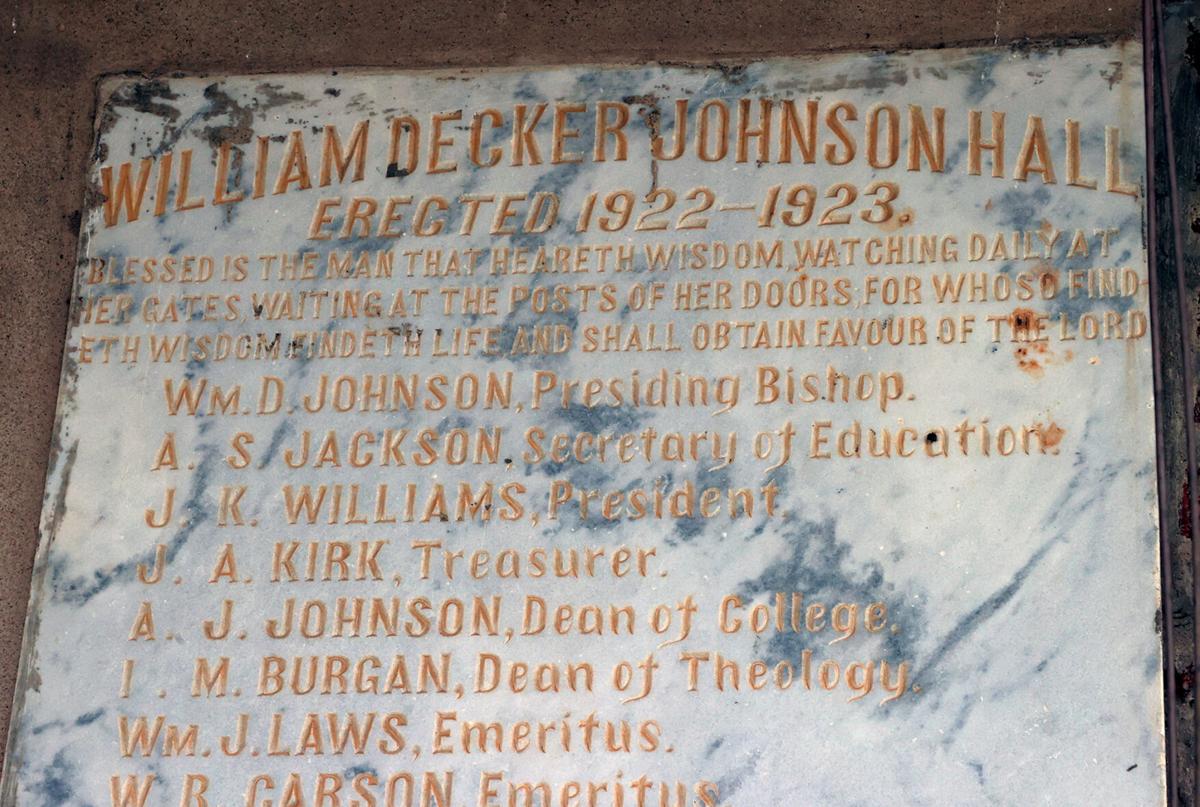 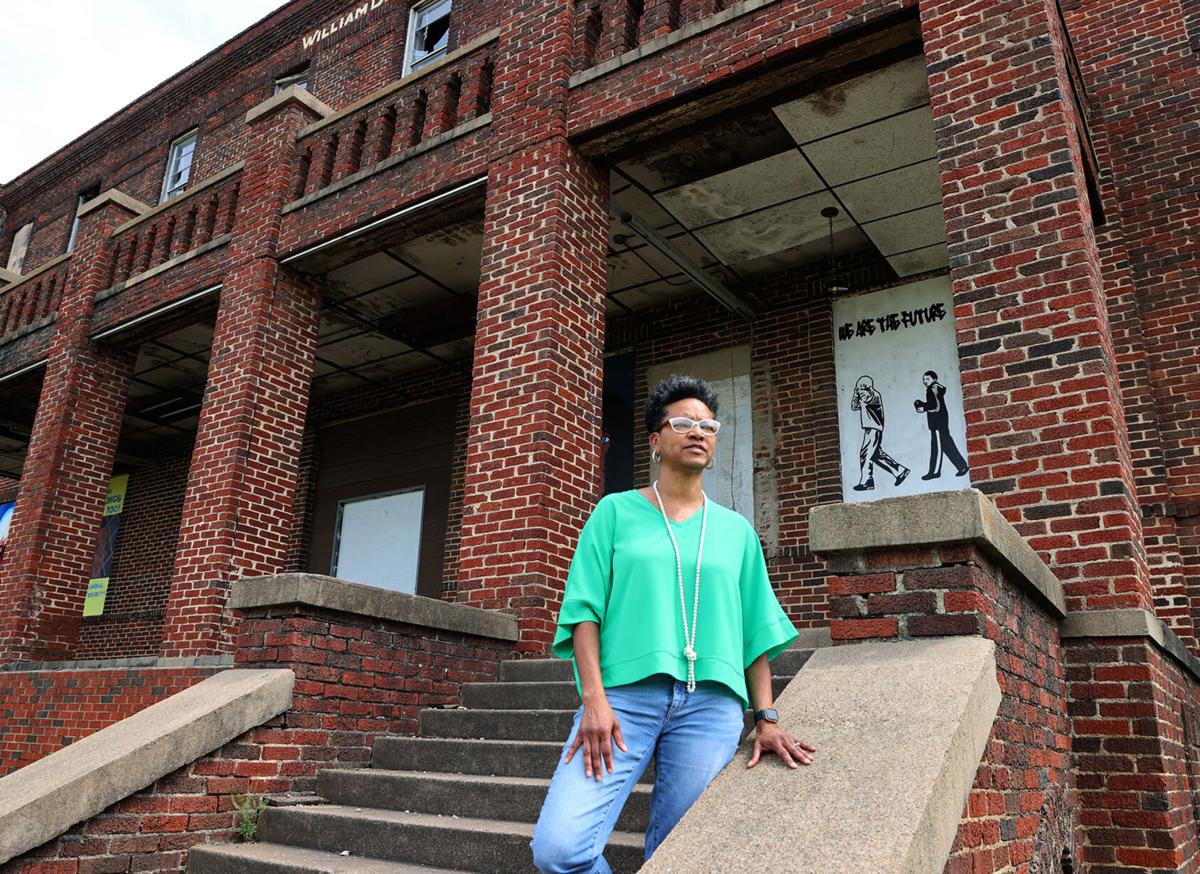 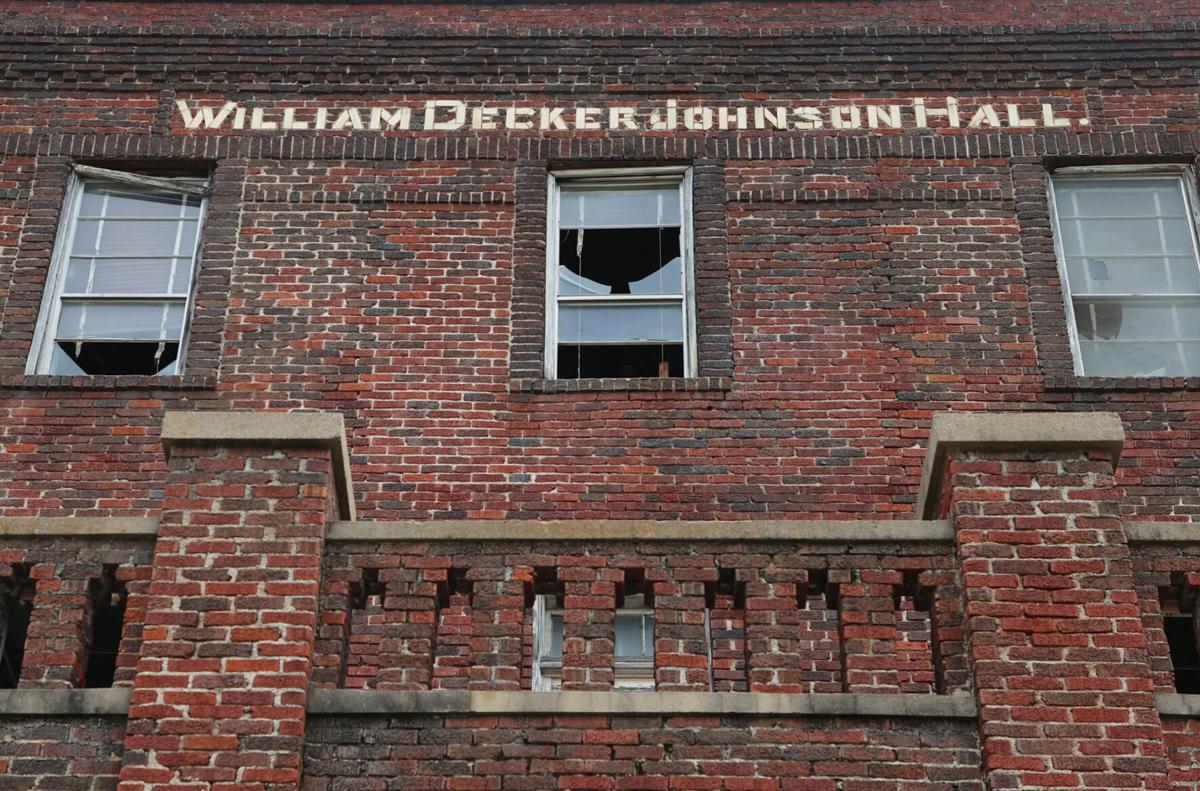