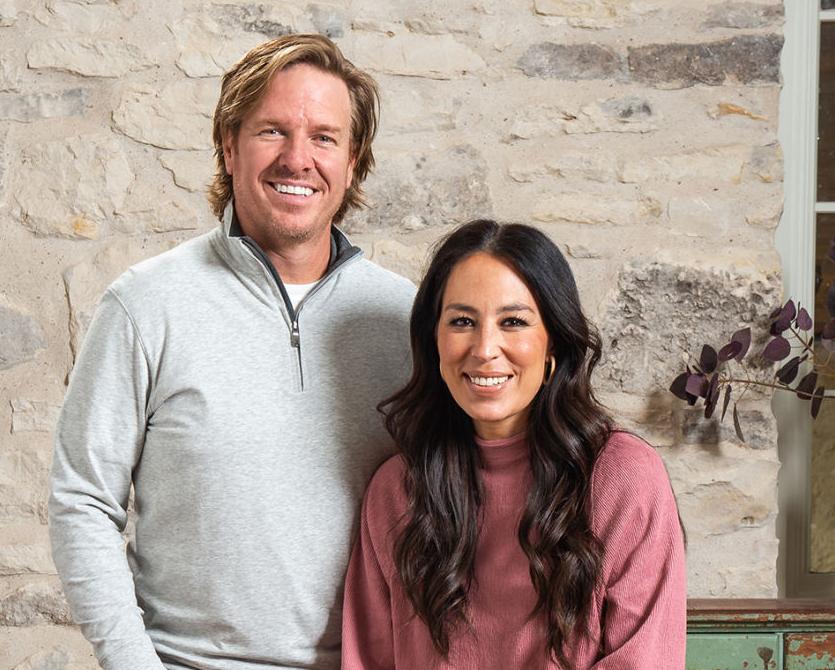 “Fixer Upper” stars Chip and Joanna Gaines will bring a new season of their home renovation series to their Magnolia Network next year.

“Fixer Upper” fans, take heart: The new Magnolia Network will serve up a new season with Chip and Joanna Gaines returning as hosts.

The pair announced the news Tuesday as the latest programming addition to the network, expected to launch next year.

“Fixer Upper,” with some new twists hinted at in the Gaineses’ release, joins eight other series previously announced for the network, which falls under the Discovery Inc. umbrella.

The series include looks at gardening in “Growing Floret”; home restoration and remodeling in “Home Work” and “Restoration Road”; family life in “Home On The Road,” “Family Dinner,” and “Super Dad”; physical and personal challenges in “The Fieldhouse”; and cooking and dining in “The Lost Kitchen.”

“In a lot of ways, the show is going to pick up right where it left off,” Chip Gaines wrote in a statement announcing “Fixer Upper’s” return. “These years in between have taught us a lot about ourselves and how we operate best, so we’re likely to do a few things a little differently this time around.”

The network initially was targeted to debut Oct. 4, but COVID-19-related production delays since the spring have pushed the Magnolia Network’s opening into next year, network spokesperson John Marsicano said.

The Gaineses teased what the new network may look like in a 4-hour special that aired in April. Almost 3 million viewers had tuned in for an earlier “Cooking With Joanna Gaines” special on the Food Network, in which she shared recipes from her second cookbook.

In the years “Fixer Upper” ended in April 2018, the Gaineses have acquired several historical Waco properties, including the Cottonland Castle, the former Grand Karem Shrine building and the 126-year-old Second Presbyterian Church.

Asked if the upcoming new “Fixer Upper” season would feature some of those properties, Marsicano said the season’s programming details are still being finalized.

“Fixer Upper” debuted on HGTV in 2014 and over its five seasons became one of cable television’s highly viewed series with up to 5 million viewers per episode. During the run of their television show, the Gaineses also built their Magnolia Market at the Silos, related food offerings and two bed-and-breakfasts into Waco’s top tourist attractions, drawing — in the days before COVID-19 — more than 1.5 million visitors per year.

“Fixer Upper” stars Chip and Joanna Gaines will bring a new season of their home renovation series to their Magnolia Network next year.