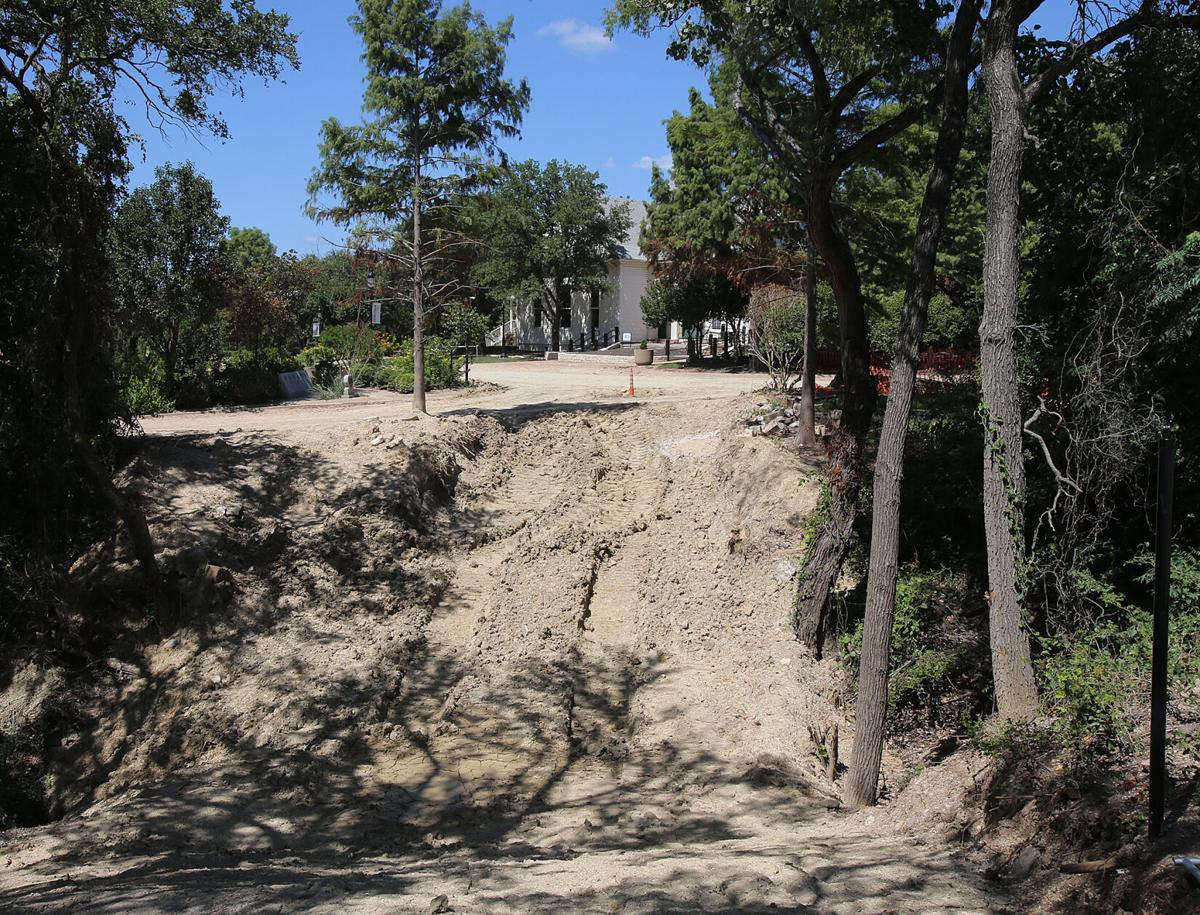 Carleen Bright Arboretum in Woodway is closed to the public during a replacement of one of the two sewer lines serving the city. 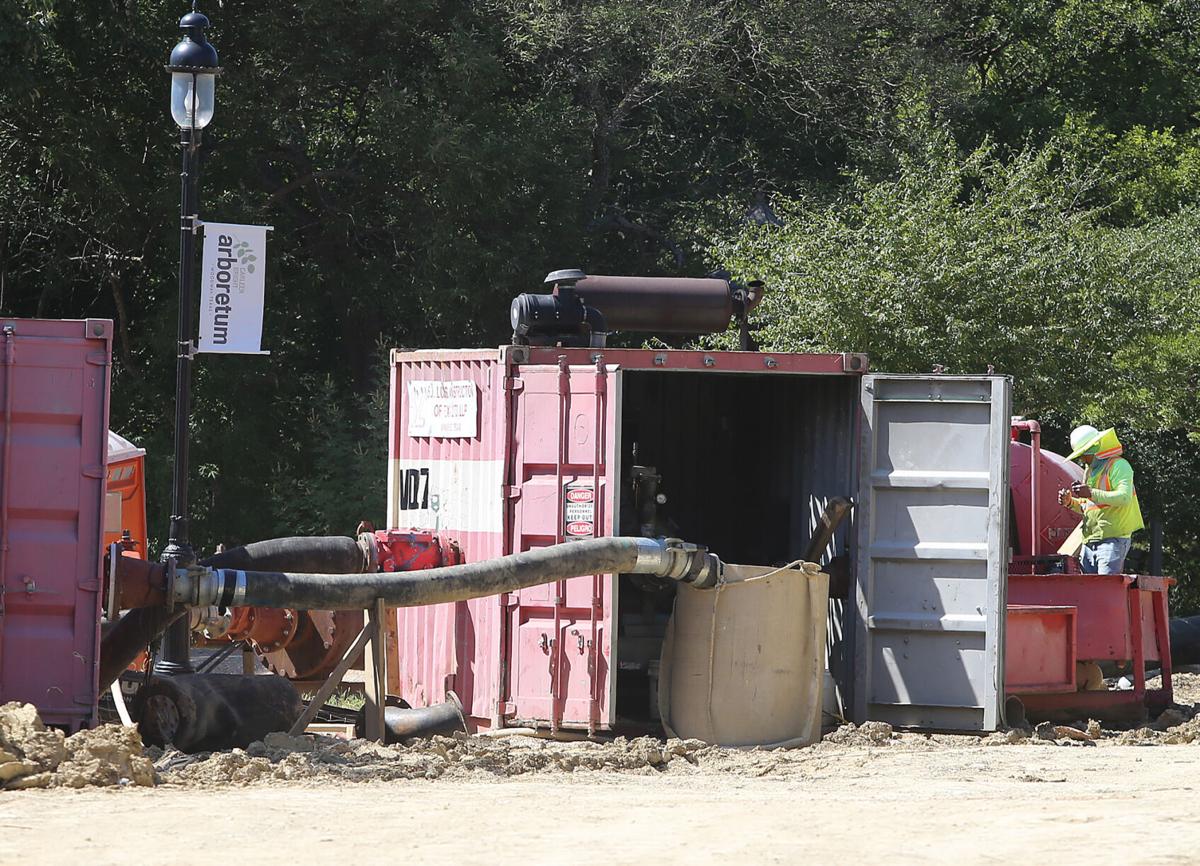 Woodway continues to rely on the sewer line that crosses the Carleen Bright Arboretum, even as it is being replaced. 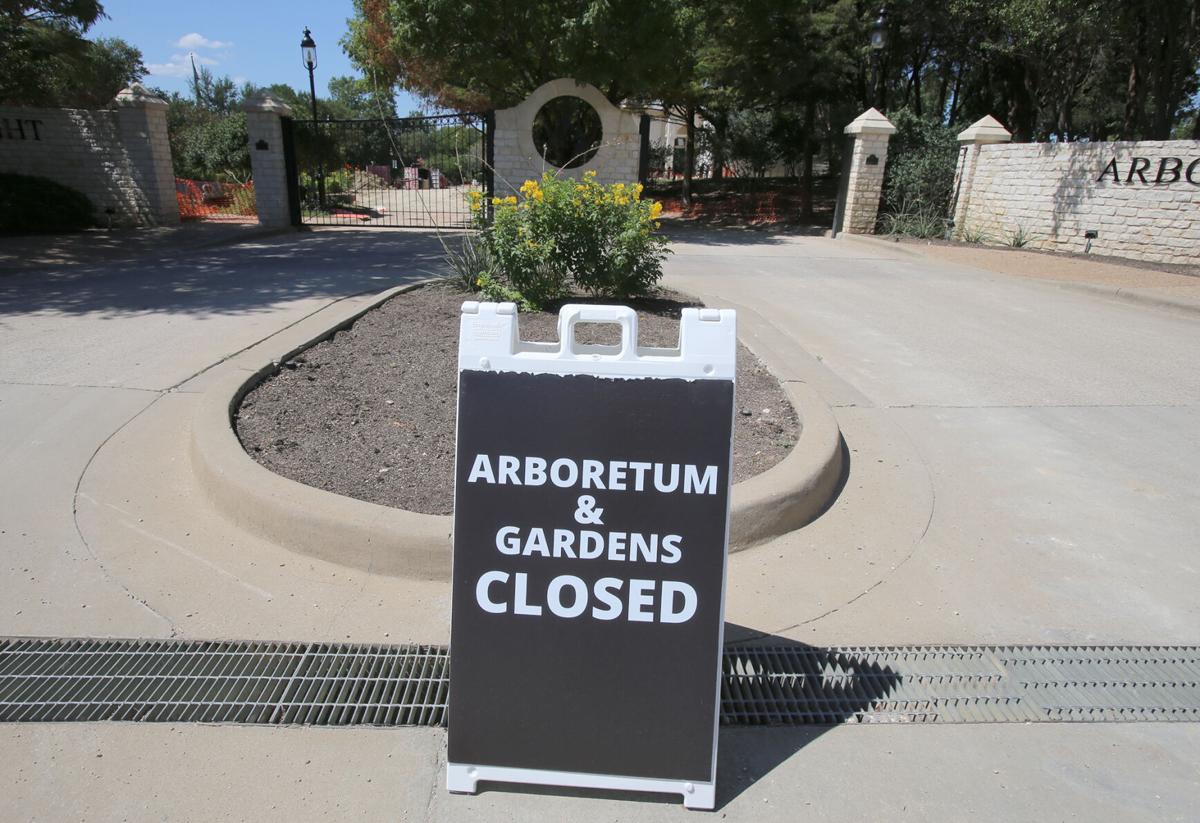 The Carleen Bright Arboretum remains closed while one of the two lines carrying wastewater away from the city of Woodway is replaced. City officials hope to have it ready to reopen early next year.

Replacement of an old sewer line has torn up and temporarily closed the Carleen Bright Arboretum, and the McLennan County Master Gardeners, feeling unwelcome, have moved operations to North Waco.

The Master Gardeners have enjoyed a longtime relationship with the arboretum, a place of beauty, solitude and countless special events dating to 1997. The group has planted and tended gardens there, hosted workshops and generally had the run of the place. That relationship reportedly changed as work started on an $18 million public works project.

McLennan County Master Gardeners President Melody High said the organization was saddened when work crews dug up its Texas Superstar Garden, which dated to 2004, and its Trailside Garden planted in 2009. She said the group learned of the uprooting only after the fact.

“They told us it was due to drainage problems, that gravel from the pathway was always washing away, and they had to fix that problem,” High said.

Replacing a major sewer line possibly dating to the city’s founding in 1955 has been quite the undertaking, but was unavoidable, said City Manager Shawn Oubre, who acknowledged the arboretum grounds have taken a beating. He said unfortunately the old line runs through what some call the “Jewel of Woodway.”

The project “definitely has torn up the grounds,” said High, whose organization totals nearly 120 members. She said shadowing that destruction have been hard feelings brewing among the Master Gardeners toward city management. She said members were told Woodway is changing how the arboretum is operated, and that written agreements would be required.

“We have found another place to meet, partnering with McLennan Community College. Our Lunch with the Masters program begins in September and will continue the third Wednesday of each month,” High said.

Seminars last fall were canceled because of COVID-19. This year’s venue is not the arboretum but MCC’s Emergency Services Education Center at 7601 Steinbeck Bend Drive, High said.

Assistant City Manager Lenny Caballero said Woodway cherishes its relationship with these Master Gardeners, that they have a long history at Carleen Bright Arboretum. Caballero, who joined Woodway about 18 months ago, said staffers thought a written agreement between the gardeners and the city would best serve the interests of both. After a false start or two, they still have nothing in writing, he said.

“We want everybody to come back, every society, every group, every Master Gardener,” Caballero said. “We have longstanding relationships with them, totally respect what they do. All we ask is that whatever they do, we have an agreement. We’re hoping to finish the arboretum by February, and we want back the herb gardeners, the cactus gardeners, the Master Gardeners.”

High said the Master Gardeners are not inclined to return.

Steven Lovecky, founder and former president of the Central Texas Cactus and Succulent Society, said he has no quarrel with Caballero’s approach.

“From what I understand, they’ve got a lot to work to do on the sewer system, and they’ll get back in touch next year, in February or March,” Lovecky said. “We may resume what we’ve had in the past. No, we don’t have a written agreement, but I do think that’s important to have.”

City Manager Oubre said he backs Caballero, whom he hired.

“They say they have an agreement. We can’t find it,” Oubre said, referencing the Master Gardeners’ relationship with Woodway.

For now, the venue on Bosque Boulevard is closed. Oubre said the massive project involves one of only two sewer lines carrying all the city’s wastewater.

Woodway tackled the task in three phases, awarding contracts of $2 million and $6.4 million and awaiting council approval of a $11.5 million bid on the final leg that should begin in 90 to 120 days, Oubre said.

Complicating the issue is Woodway’s continued reliance on the sewer line, even as it is being replaced. This requires crews to progress in a “leap-frogging” fashion, installing bypasses to keep the wastewater flowing while replacing the old line. This is done employing what Oubre called “portable shacks.”

Once construction clears the scene, the task becomes returning Carleen Bright Arboretum to its former glory and then some. Oubre said replanting awaits, as does repairing or replacing irrigation, plumbing and electrical systems. The Texas A&M Forest Service will help with the replanting of trees. Funding sources could prove varied, as Woodway may appropriate money from selling excess properties acquired over the years, he said.

Decisions are pending on where to place gardens and themed areas, so Oubre declined to give a cost estimate. He said the Woodway City Council would have final say on prioritizing elements included in the remake.

Caballero said CARBO Landscape Architecture, based in Baton Rouge, Louisiana, visited the arboretum before work started on the sewer line. He said it authored an assessment that will serve as a blueprint.

“We’re assessing the damage, getting costs to replace the parking lot, the cactus garden, the rose garden, the bridge. What’s it going to take to put these things back together?” Caballero said. “There are some monies in the sewer contract for this. The arboretum’s impact on tourism and whether we should allocate hotel-motel tax revenue is a consideration.”

Caballero said Woodway now can view the arboretum as a blank canvas, relying on architects, engineers and surveyors to correct original flaws, such as inadequate drainage, and create a beautiful picture.

The arboretum, named after the late Carleen Bright, a prominent Woodway resident, was opened in 1997. Added features, including a multimillion-dollar pavilion, have arrived since then. City officials occasionally have announced new studies and plans to make the venue more attractive to tourists.

Longtime arboretum director Janet Schaffer has retired, said Oubre, who arrived in Woodway three years ago this October. He said fortunately the opportunity arose to hire Caballero, “who has the background and depth in running event and civic centers” from his time in Beaumont.

“It was just a natural fit for him,” said Oubre, who placed the arboretum in Caballero’s area of responsibility as assistant city manager.

Tracy and Richard Mills Jr. appeared before a family law judge Friday with the 3-year-old girl they have raised since she was a baby and made …

Carleen Bright Arboretum in Woodway is closed to the public during a replacement of one of the two sewer lines serving the city.

Woodway continues to rely on the sewer line that crosses the Carleen Bright Arboretum, even as it is being replaced.

The Carleen Bright Arboretum remains closed while one of the two lines carrying wastewater away from the city of Woodway is replaced. City officials hope to have it ready to reopen early next year.