As the icy grip of the week’s weather and power outages subsides and Central Texans look forward to warmer temperatures, the far-reaching winter storm has forced many to come to the chilling conclusion about just how ill-prepared Texas was for such an event.

With a peak high of more than 40,000 customers in McLennan County without power Tuesday, the storm left many unscathed while others were without power for as long as five days and possibly longer. Early Saturday evening, Oncor listed about 100 customers in McLennan County without power, a result of localized issues, not part of the widespread controlled outages needed earlier in the week to protect the broader power grid. The 76706 ZIP code in South Waco and Robinson had the most locally, with 38.

Jo and Ronald Schwartz camped out in front of their fireplace in Robinson with their three dogs, but only after Jeremy Echols, commander of the charitable Waco Navy, ventured out on two occasions to bring them firewood. Their power finally was restored at about noon Saturday, six-and-a-half days after it went out.

Hewitt City Council Member Michael Bancale and two of his neighbors who share a transformer behind Bancale’s house were without power 98 hours. Bancale quipped Friday morning that after he worked up a sweat shoveling ice and show from his driveway and sidewalk as the temperature soared to 32 that he had to go back inside his powerless home to cool off.

McLennan County Constable John Johnson, 70, wrapped his pipes and sealed vents in his home before he and his deputies checked on their neighbors and others to make sure they were OK. Johnson and his wife were without power for two days but had a gas range to help them get by in their home on North 10th Street in Waco.

Dominic Abeyta slept in his Dodge Ram pickup truck one night because his Hewitt home had no power and he requires a CPAP machine, a breathing mask, for his sleep apnea.

Carrie Kuehl and her parents in Mart had been without power for 111 hours as of Friday morning and were using a propane stove to heat their food.

As in most disasters, some fared better than others, including those in McLennan County who never lost power or those who lost power one day before it was restored while, in some cases, their neighbors across the street still were without power.

Bancale, 58, wore out the Oncor emergency phone number and put up a sign in his yard imploring Oncor workers to stop by to fix the transformer.

He heard a “pop” out back, and his power went off early Monday morning. The power came back on briefly before he heard another “pop,” and the power was out for good until early Friday afternoon, he said.

“I have had one hour of power in the last 100 hours,” Bancale said.

Luckily for Bancale, his wife makes quilts. So while she and their two children stayed with relatives, Bancale dressed in layers, put on a cap and buried himself under his wife’s quilts.

Jo Schwartz, 62, is from Midland, and her 71-year-old husband is from Ohio. They said they were accustomed to colder climes, but they, like many other Central Texans, were not fully prepared for the record-breaking freezing temperatures.

“I was the most unprepared person,” Jo Schwartz said.

Their three dogs were not too thrilled about the loss of power, either.

The Schwartzes have lived in Robinson in the Surrey Ridge neighborhood for 15 years, but they never once used their fireplace, she said. Consequently, they did not have any firewood in their all-electric house and said they subsisted on tuna, crackers, protein bars and nuts while the power was out for the fifth day in a row.

Jo Schwartz called the Waco Navy’s Echols, who was featured in Friday’s Tribune-Herald and made two trips to their house to bring them firewood and even came inside the first time to build the fire for them as the temperature inside dipped to 45 degrees.

“He literally saved our lives,” she said.

On Friday, both were dressed in matching sweat pants, wearing multiple clothing layers and were waiting for friends to bring them more firewood and a lunch of chicken and dumplings.

Abeyta, a Texas State Technical College plumbing student and a licensed security guard, might have risked a night or two without his CPAP machine, but his wife, Rachel, is a nurse at Ascension Providence who has seen his oxygen levels during the night dip to dangerously low levels.

So, since you do not argue with a nurse, there was no question he would hook the CPAP to his truck and sleep there in the driveway, he said. But he still got up every three hours or so to go inside and put another log on the fire and check on Rachel, who was curled up on the couch in front of the fireplace, he said.

“With my weight and high blood pressure, I just didn’t want to take a chance by not using it,” he said.

Preparing to return to her Robinson home on Friday, Carole Fergusson could spare a rueful chuckle at the latest curveball life has thrown her. Last year, she lost both her parents, and she got a case of COVID-19 with symptoms that never really disappeared.

Then, at about 2 a.m. Monday, she and her family lost power, and it stayed off until Friday. She hunkered down with her husband, Cody; her 3-year-old daughter, Lucy; and their 7-week-old golden-doodle puppy.

Wearing six sweaters and two pairs of pants, Fergusson, 32, a Waco native who works for marketing agency, gamely made a go at indoor camping with her family. Outside the house, she made white bean soup over a camp stove and used a firepit to cook bacon. Feeling a headache from caffeine withdrawal, she even tried to recycle some spent coffee grounds, to the horror of her husband, a barista at Dichotomy Coffee and Spirits.

“It was disgusting,” she said.

Meanwhile, Lucy’s nose grew red and she became restless as the temperature plummeted to 46 degrees.

“She kept saying how cold it is,” Fergusson said. “It’s hard when you can’t do anything for your kid. They’re not going to sit under a blanket. She’s running around.”

The family left mid-Tuesday for the house of Cody’s parents in Rosenthal.

Carole said it was a relief to be at her in-laws, although they soon learned that the pipes burst, and she managed to fall on the ice five times during the stay.

“I have a bruise that looks like a purple California,” she said.

10 unbelievable numbers from Waco's winter storm last week: Here are some statistics that take full measure of the winter weather crisis that … 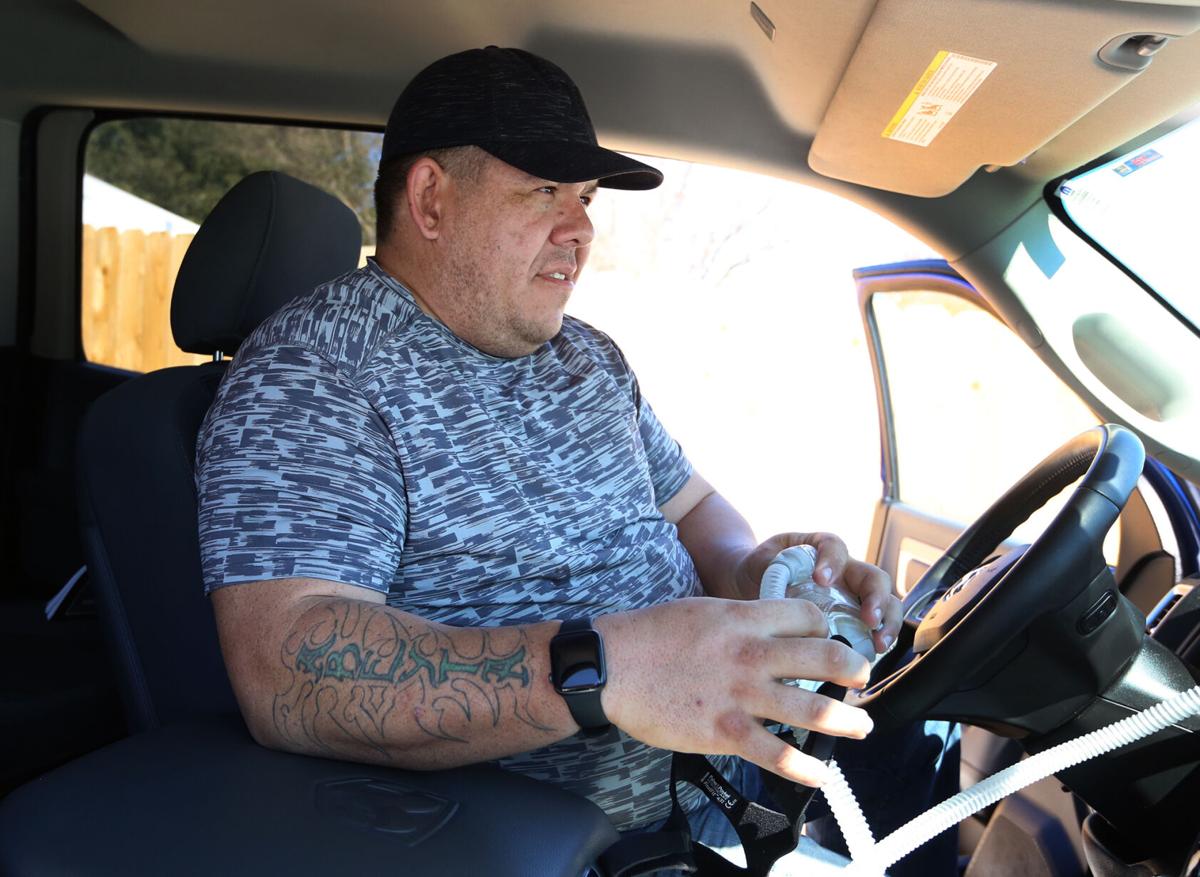 Hewitt resident Dominic Abeyta slept in his pickup parked in his driveway one night so he could use his CPAP machine while the power was out in his home. 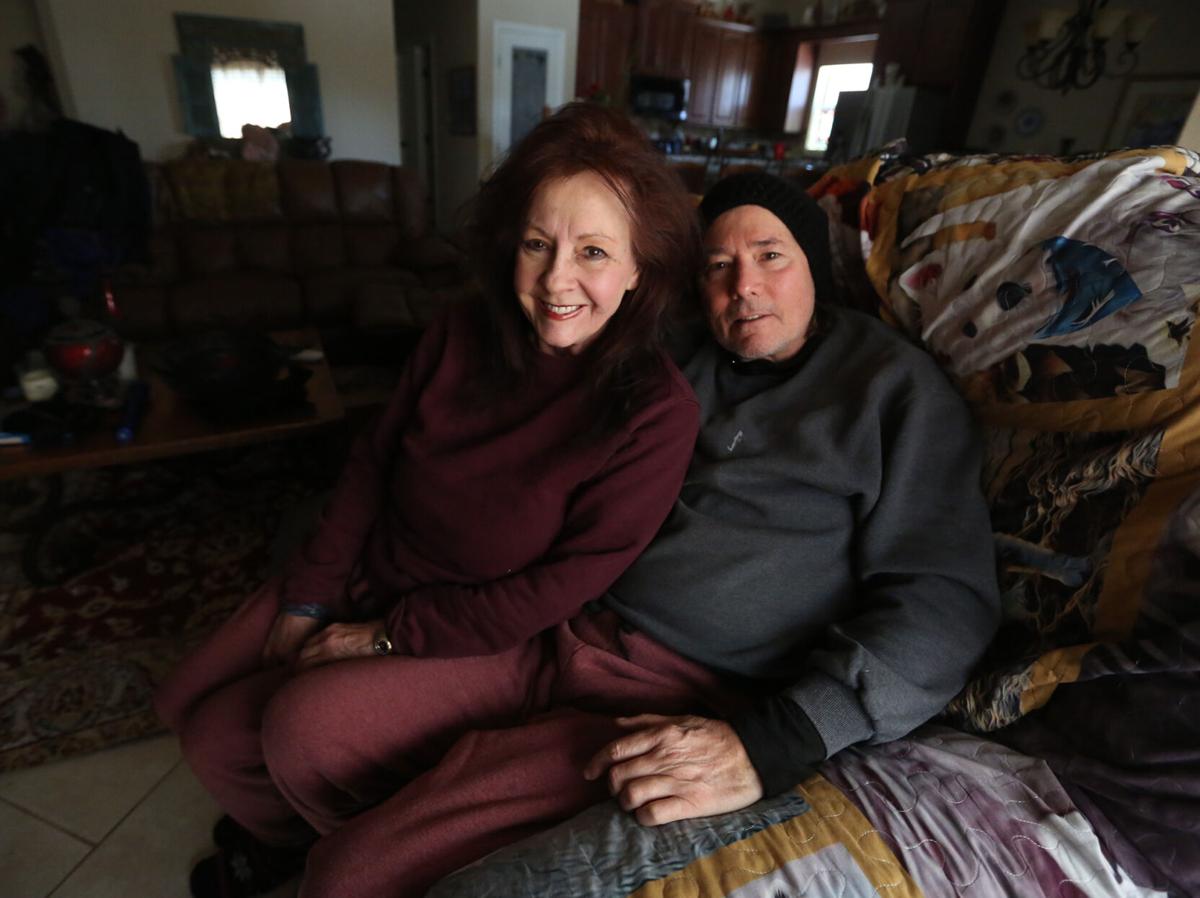 Jo and Ronald Schwartz bundle up in their Robinson home, where the power was out six days before coming back on Saturday. 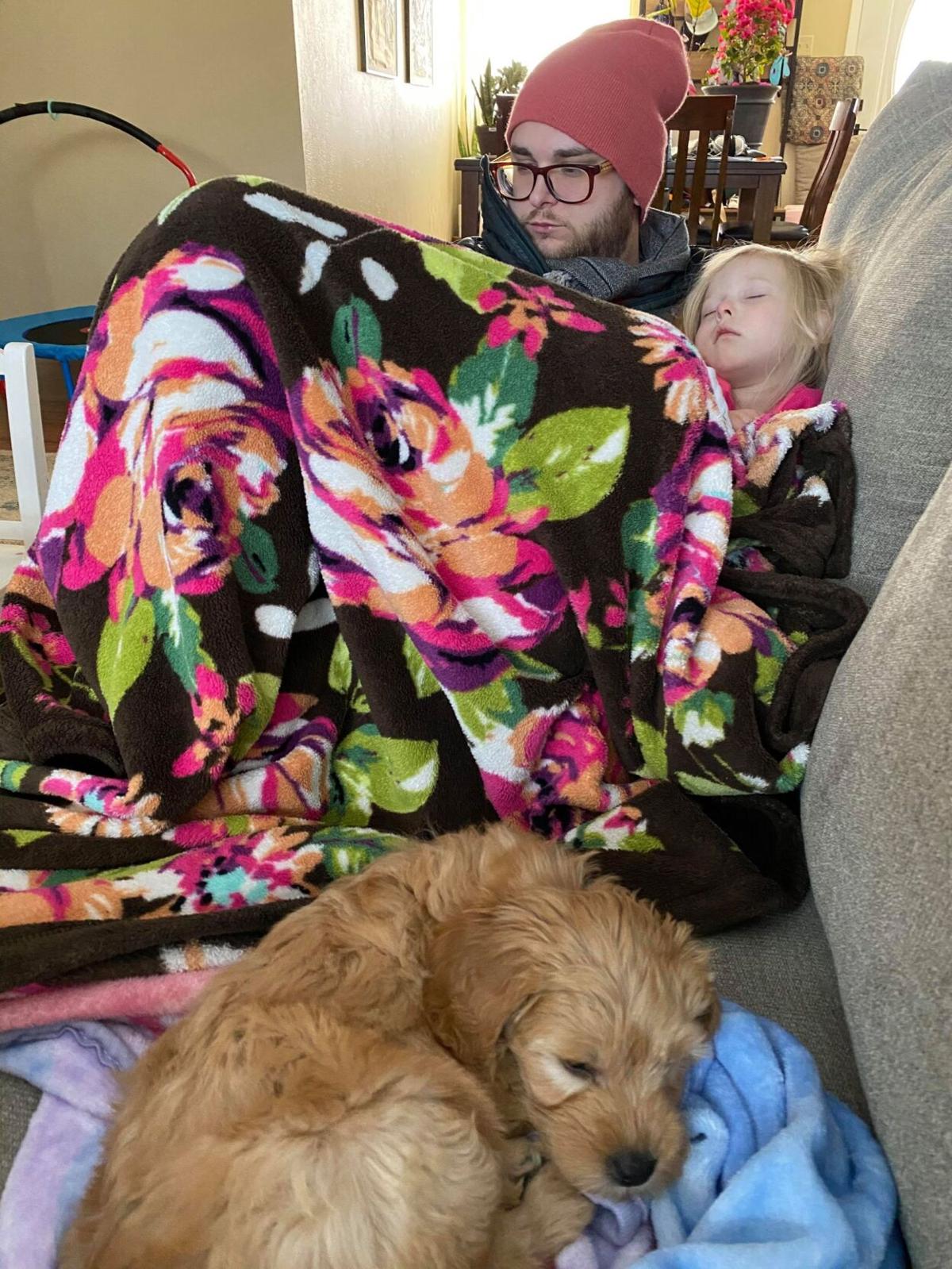 Cody Fergusson cozies up with his puppy and his 3-year-old daughter Monday as the temperature dropped in their Robinson home. Their power came back on Friday.