Bears vs. Rams: Latest scores and updates from MNF 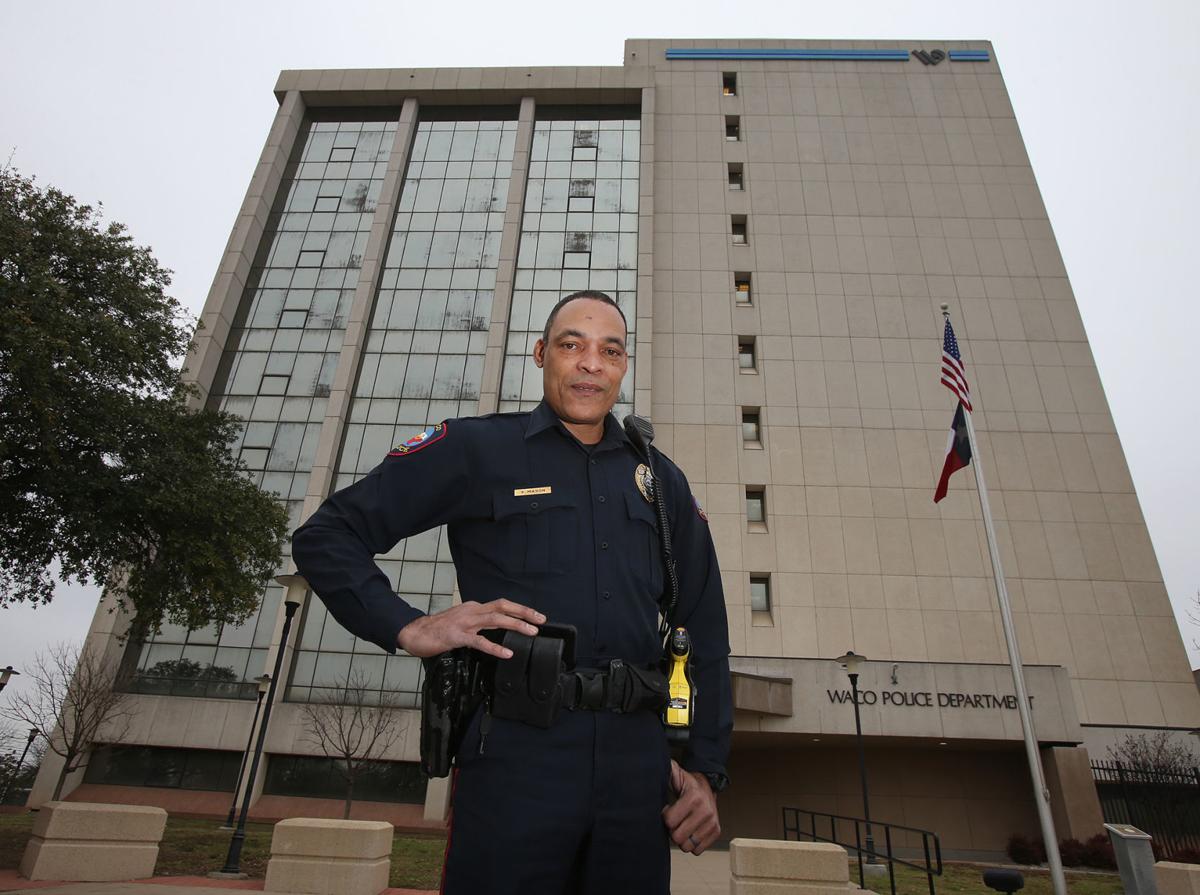 Waco police Officer Stan Mason stands outside the Waco Police Department building shortly before his retirement last year. Mason filed a civil rights lawsuit against the city Wednesday, alleging he faced unsafe situations on the job and ultimately was pushed out because of his outspoken views on policing, race and community relations. 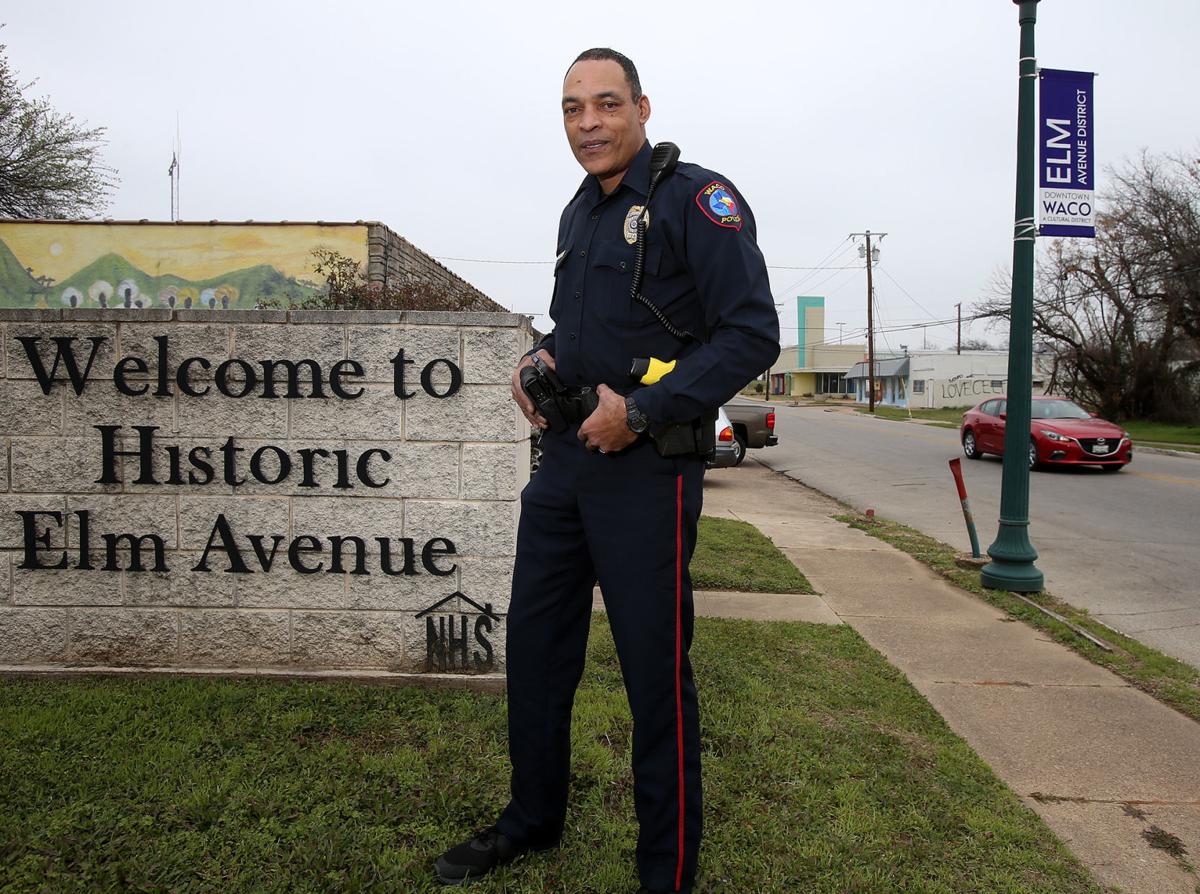 Waco police Officer Stan Mason stands at Elm Avenue shortly before his retirement last year. Mason filed a civil rights lawsuit against the city Wednesday, alleging he faced unsafe situations on the job and ultimately was pushed out because of his outspoken views on policing, race and community relations.

A former Waco police officer, who claims he was driven out of the profession he loves after he became an outcast within the department for his outspoken views on race and community relations, filed a federal civil rights lawsuit Wednesday against the city of Waco.

The lawsuit includes four civil rights claims, including violations of Mason’s right to free speech, due process and equal protection under the law.

Waco City Attorney Jennifer Richie said Wednesday the city has not been served with the suit and declined comment. Holt did not return phone messages Wednesday.

According to the lawsuit, filed in Waco’s U.S. District Court on Mason’s behalf by Waco attorney Michael B. Roberts, Mason had an “exemplary record” in his 25-year career, was instrumental in helping establish Waco community policing initiatives and was well-known for fostering goodwill between the community and the police department.

In July 2016, Mason started posting Facebook videos, which branched out the next year into a blog and weekly call-in show called “Behind the Blue Curtain.”

“The success of the blog and Mason’s exercise of his free speech rights brought him unwarranted attention within the Waco Police Department. Mason is an African-American man.” the suit states. “The broadcasts never focused on Waco’s Police Department but, rather, on generalized areas of public interest regarding both the positives and the negatives of policing, a subject of intense public interest in this day and time. All broadcasts were done out of uniform, on his own time and at his own expense.”

Waco officer who makes a difference, speaks his mind is set to retire

A fellow officer filed a formal complaint against Mason, alleging his Facebook videos disparaged the department. The complaint also wrongfully charged that Mason was in uniform during the broadcast. Holt, then police chief, “solicited access to Mason’s Facebook page” after the complaint, the suit alleges.

An investigation ruled the allegations “unfounded,” according to the lawsuit.

In September 2018, Mason’s life was threatened by a mental health patient, “and fellow officers failed to immediately, or even timely, disclose this information to Officer Mason, or to route said information through the chain-of-command for the safety and protection of Mason,” the suit alleges.

A month later, Mason reportedly was not promptly provided back-up on a domestic violence call, when department policy dictates that a responding officer wait for backup in those potentially volatile situations, according to the suit.

“Officer Mason resigned his position on Feb. 28, 2019, as a result of feeling threatened by his treatment in the department and his grave concerns regarding his personal safety,” the suit states.

After the complaint about his Facebook post, Mason became aware that his off-duty activities and social media presence were coming under increased scrutiny. He suspected efforts by department employees to “hack” his Facebook page, the suit claims.

“Plaintiff was becoming an outcast in the department for which he labored for well over two decades,” the suit states. “He had become the subject of scorn, resentment and undeserved scrutiny having nothing to do with the performance of his duties, but having everything to do with how he spent his private time.

“He was not allowed to separate his private life from his sworn duties, because his private life and activities were invaded by unwarranted intrusions by members of the department,” according to the lawsuit. “In a place that should have been a sanctuary and a comfort zone; a place one would think would be a bastion of order and peace, the Waco Police Department had become to plaintiff a place of dread and misery. Plaintiff experienced anxiety and fear of what might next occur.”

Mason’s blog, which at times featured nationally known guests, discussed a variety of topics. But it became his “Achilles’ heel,” the suit contends, because it “ushered in condemnation” of his rights to free expression and equal protection.

The lawsuit also claims police officials failed to warn Mason that a mental health patient, who later was released from a hospital, had threatened Mason’s life, placing him in potential peril.

“The effect on plaintiff’s peace of mind, and to his psyche, were profound and part of a life-altering trajectory … . The omission of those in command to ignore this fundamental safety precaution borders on criminal activity,” the suit claims.

The suit alleges that Holt, among other things, allowed the hostile environment to chase Mason from the job he once loved.

“As a matter of public policy, plaintiff’s ‘resignation’ was by no means voluntary or an abdication of his responsibilities; it was an extraction from intolerable work conditions, which should not be distorted to blame plaintiff for his absence. To thine own self be true is a maxim as true today as in years past,” the suit states.

“Plaintiff was forced to take his leave for peace, privacy and life itself,” the suit claims. “If one’s job imperils their life because you can’t trust your brethren to have your back or warn you about threats and perilous circumstances, how long would you work in such a place?”

Emerald Cottages, a 32-unit independent living community for seniors in Waco, has closed its community center after at least 10 residents, inc…

Waco police have already handled more homicides this year than in any of the past 10 years, and a new anti-gang hub and a piece of ballistics …

Waco police Officer Stan Mason stands outside the Waco Police Department building shortly before his retirement last year. Mason filed a civil rights lawsuit against the city Wednesday, alleging he faced unsafe situations on the job and ultimately was pushed out because of his outspoken views on policing, race and community relations.

Waco police Officer Stan Mason stands at Elm Avenue shortly before his retirement last year. Mason filed a civil rights lawsuit against the city Wednesday, alleging he faced unsafe situations on the job and ultimately was pushed out because of his outspoken views on policing, race and community relations.