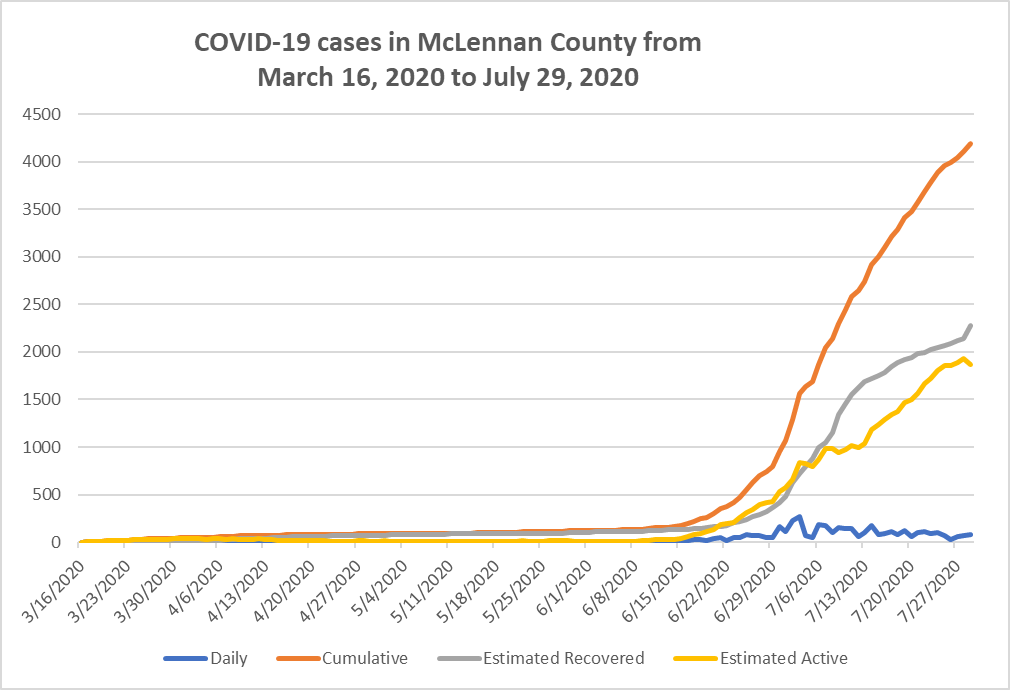 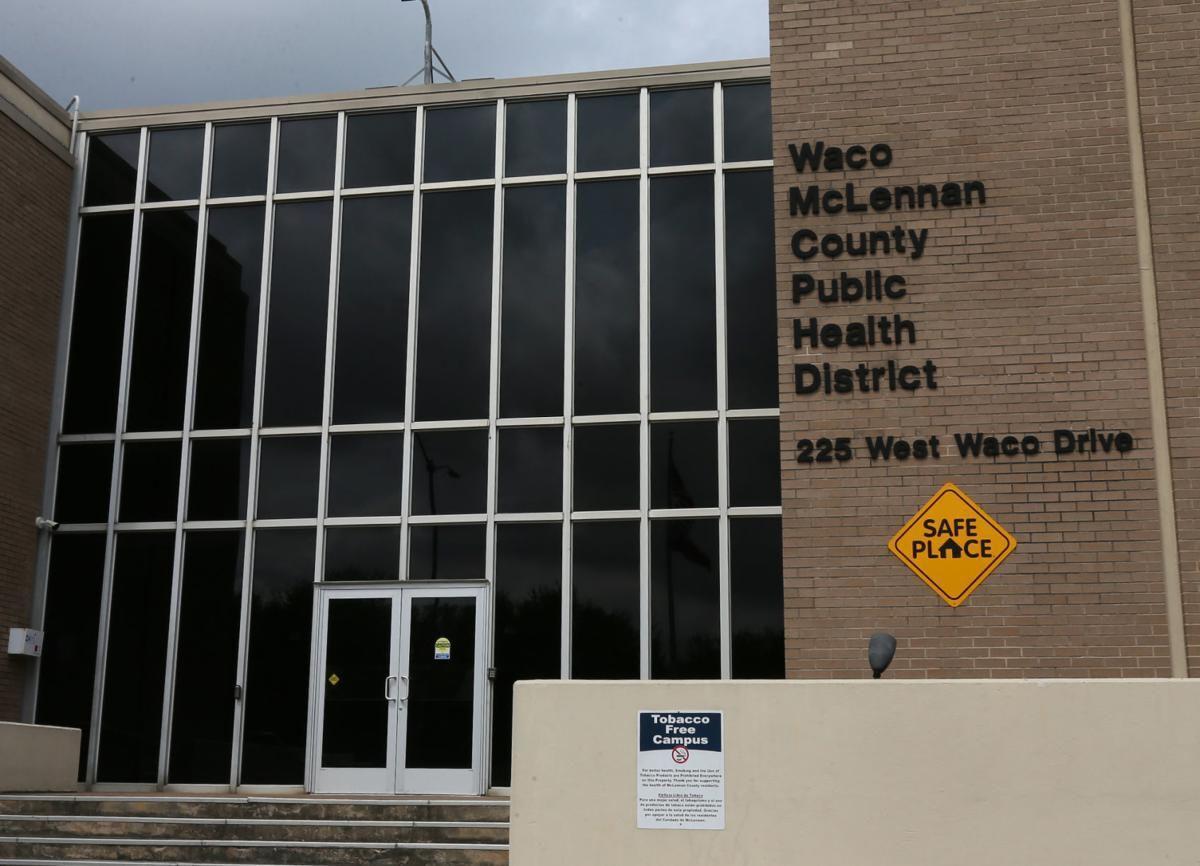 Three more McLennan County residents have died from COVID-19 complications, including one who lived in a long-term care facility, bringing the county total to 42, the Waco-McLennan County Public Health District announced Wednesday.

The health district has reported 33 deaths attributed to COVID-19 in July, following a surge in the number of people testing positive for the disease caused by the novel coronavirus, Waco City Manager Bradley Ford said in a weekly press conference on the local COVID-19 situation with other area leaders.

On Wednesday, the health district reported 84 more people tested positive for COVID-19, leaving the county total at 4,192. An estimated 1,982 people have active infections. Local hospitals are treating 64 COVID-19 patients, 49 of whom are McLennan County residents. Of the 64, 15 people are on ventilators, according to the health district.

The state withheld the names of nursing home and long-term care facilities where workers and residents had tested positive for COVID-19 until Monday, but the data listed on the state Health and Human Services Commission website is incomplete, lagging behind local numbers by at least two weeks.

Meanwhile, the Centers for Medicare & Medicaid Services has been releasing preliminary data on COVID-19 in nursing homes, the most recent from July 12. At least eight McLennan County nursing homes had confirmed or suspected cases of COVID-19 among their residents as of that date, according to the website.

During Wednesday’s press conference, Waco-McLennan County Health Authority Dr. Farley Verner addressed the cancellation of a July 21 order postponing the start of in-person classes and other on-campus K-12 school activities until after Labor Day. Verner rescinded the order late Tuesday, after state Attorney General Ken Paxton issued an opinion letter stating local health authorities do not have the power to close schools as a preventive measure.

“Regardless of whether the attorney general’s opinion is correct that a local health authority does not have the authority to close schools on a purely preventative basis, a public fight over this issue would only be more polarizing at a time when cooperation is needed,” Verner said.

Late Wednesday, Texas Education Commissioner Mike Morath released a statement on Paxton’s guidance on blanket school closure orders that said school districts will continue to receive full funding from the state if they have to close a school building because of a confirmed COVID-19 case during the school year. Schools would still have to provide remote instruction in that situation, up to five days unless a local health authority orders a campus closed for longer.

“I don’t want you to think that a reducing case count or daily cases should make you feel safe or make you make less vigilant choices about how you wear a mask or who you go to see, because our hospitalizations and deaths have not yet told us it’s time to reduce our vigilance against COVID-19,” he said.

Griggs said McLennan County’s reproduction rate, or the number of people someone with COVID-19 is likely to infect, is less than 1, based on calculations from the University of Texas School of Public Health and the Children’s Hospital of Philadelphia. Both calculations place the reproduction rate in the 0.8 range, which indicate a slowing spread of the coronavirus, he said.

At the McLennan County Jail complex, one inmate and two workers are currently sick with COVID-19, County Judge Scott Felton said during the press conference. The health district tested all inmates and staff and received the results of those tests earlier this month. Dozens of inmates and dozens of jail workers tested positive.

A Waco Municipal Court employee tested positive for the disease three weeks ago, leading to the temporary closure of the court. Ford said three workers at the municipal court tested positive, and the city expects to reopen the court Monday, after the spaces have been disinfected and all workers have been released for work by their doctors.

At least 25 city employees, out of more than 1,500, have tested positive for COVID-19 since the beginning of June, Ford said. Eleven employees are still quarantined, including two who are awaiting their test results and three who have been instructed to isolate themselves.

Two Waco police officers have been working with businesses and their visitors on complying with the governor’s mask order, which requires anyone over age 10 to wear a mask in public. The officers have visited about 70 businesses and issued 10 warnings to people not wearing masks, but they have not issued any citations or fines, Ford said.

COVID-19 infections have exploded in Texas nursing homes this month, with 8,291 confirmed cases through Monday — four times more than the numb…