Shaver, 81, a member of the Texas Country Music Hall of Fame, is best known for his rough and tumble image throughout a career of writing that includes songs Waylon Jennings recorded on his 1973 album, “Honky Tonk Heroes,” and “I’m Just an Old Chunk of Coal,” a 1981 classic turned into a hit by John Anderson.

Raised in Corsicana and Waco, he wrote from his life which, warts and all, encompassed fast living, hard drinking and a temper, a lifestyle that made him fit in with musicians like Willie Nelson, Waylon Jennings, Jerry Jeff Walker and Kris Kristofferson, the core of the Outlaw Country movement of 1970s Austin.

It included his stormy relationship with his first wife, Brenda, who he married and remarried three times; his only son, Eddy, the lead guitarist in his band before dying in 2000 from a drug overdose, a year after Brenda and his mother, Victory, died; and a Christian faith that endured, though battered, for much of his life.

Life also included a sawmill accident early in adulthood that took two fingers and gave him a reason to go into music; the 2007 shooting of a man in the Lorena bar Papa Joe’s Texas Saloon, of which a McLennan County jury acquitted him; and small roles in movies including Robert Duvall’s “The Apostle” and “Secondhand Lions.”

And then there are the songs: “Honky Tonk Heroes,” “I’m Just an Old Chunk of Coal” “Georgia on a Fast Train,” “Tramp On Your Street,” “Willy the Wandering Gypsy and Me,” for starters and even “Wacko From Waco.”

Houston attorney Dick DeGuerin, who represented Shaver at his McLennan County criminal trial after Shaver shot a man in the face during a scrape at a Lorena bar in 2007, said Shaver had hip replacement surgery a few weeks ago and was not in good health. He later suffered a stroke and died in a Waco hospital, Rolling Stone magazine first reported.

“Billy Joe’s a poet,” said DeGuerin, who won an acquittal for Shaver on the assault charge at a Waco trial attended by Willie Nelson and Robert Duvall. “He’s a very sensitive guy. You look at him and you think he is just the roughest guy on the planet, and he did have a rough upbringing. But throughout his life, he has been above his learning as a poet. So I guess the way I think of him and will always think of him is as a poet.”

Brad Reagan, a Wall Street Journal reporter and former Tribune-Herald staff member who wrote Shaver’s 2005 biography, “Honky Tonk Hero,” was last in touch with Shaver a few weeks ago and said Shaver was in good spirits, writing songs and thinking about writing another book.

“As always with Billy Joe, he was a hard guy to be friends with because he had mood swings,” Reagan said. “But at the end of the day, he was a genius and a poet. That is who he was in his soul.”

Shaver lived in a south Waco neighborhood, unpretentious like him, for more than the past 20 years, when not on the road for out-of-town gigs.

Generations of Waco fans knew him for his grizzled friendliness, his unvarnished personality and accessibility before and after local shows.

Waco Parks and Recreation Director Jonathan Cook booked Shaver for city-sponsored Brazos Nights concerts at Indian Spring Park in 2001 and 2003, opening for Jack Ingram in 2006 and Tommy Alverson in 2008 and a Pints in the Park festival with The Reverend Horton Heat in 2015.

“When he first played Brazos Nights, it was down in the (Indian Spring Park) amphitheater and he went down on his knees and spread his arms when he sang ‘When Fallen Angels Fly,’” Cook said. “I was getting chill bumps watching him.”

Jack Ingram thought he should have opened for Shaver and termed him “the Waco warrior,” Cook said.

“Billy Joe Shaver was nothing if not an oak,” he said in an email. “His songs were seemingly simple, yet always contained a deeper meaning than at first blush. … The songs he wrote that became “Honky Tonk Heroes” for Waylon Jennings exist alongside Jerry Jeff Walker’s “Viva Terlingua” and Willie Nelson’s “Shotgun Willie” as being the building blocks of Outlaw Country which gave way to modern Texas Country and Americana.”

Shaver’s death, in fact, follows on the heels of Jerry Jeff Walker’s death last week and the death of another Texas country icon, Johnny Bush, two weeks ago. It also comes after those of Waco-area musicians James “Slim” Hand, who died in June, and recent Shaver sideman Tonee Calhoun, who died in November last year.

It put Shaver on the map, even as he left Nashville for Austin, and gave an identifiable marker for what became known as Outlaw Country.

“When Waylon did ‘Honky Tonk Heroes’ and all those songs in the early 1970s, I couldn’t have possibly sang those songs as he could,” Shaver told the Associated Press in 1993. “The songs were bigger than my talent as a singer and I knew that, too.”

Shaver songs found their way into the recording studio for artists including John Anderson, Elvis Presley, Johnny Cash, John Hartford, Kris Kristofferson, Patty Loveless and Johnny Rodriguez, whose version of “I Couldn’t Be Me Without You” hit No. 3 on the country charts.

Shaver recorded his first album in 1973 and went on to more than 20 more, but bad luck with record labels — seven went out of business — undercut his chances for recording success. His 2014 album “Long in the Tooth” was his last.

His songwriting, however, landed a measure of fame and attention for the Waco musician. The Americana Music Association honored him with a Lifetime Achievement Award in Songwriting in 2002. The Nashville Songwriters Hall of Fame made him a member in 2004 and last year the Academy of Country Music awarded him its Poet’s Award.

Shaver was “an absolute pure genius,” said Walt Wilkins, a Texas singer-songwriter who lived in Waco in the 1990s and shared a stage with Shaver a few times over the years.

“His lyrics were so economical of language and so direct,” Wilkins said. “They were like an arrow straight to the truth.”

Funeral services for Waco country music icon Billy Joe Shaver, who died Oct. 28 from a stroke, will be at graveside at 2 p.m. Wednesday at Wac… 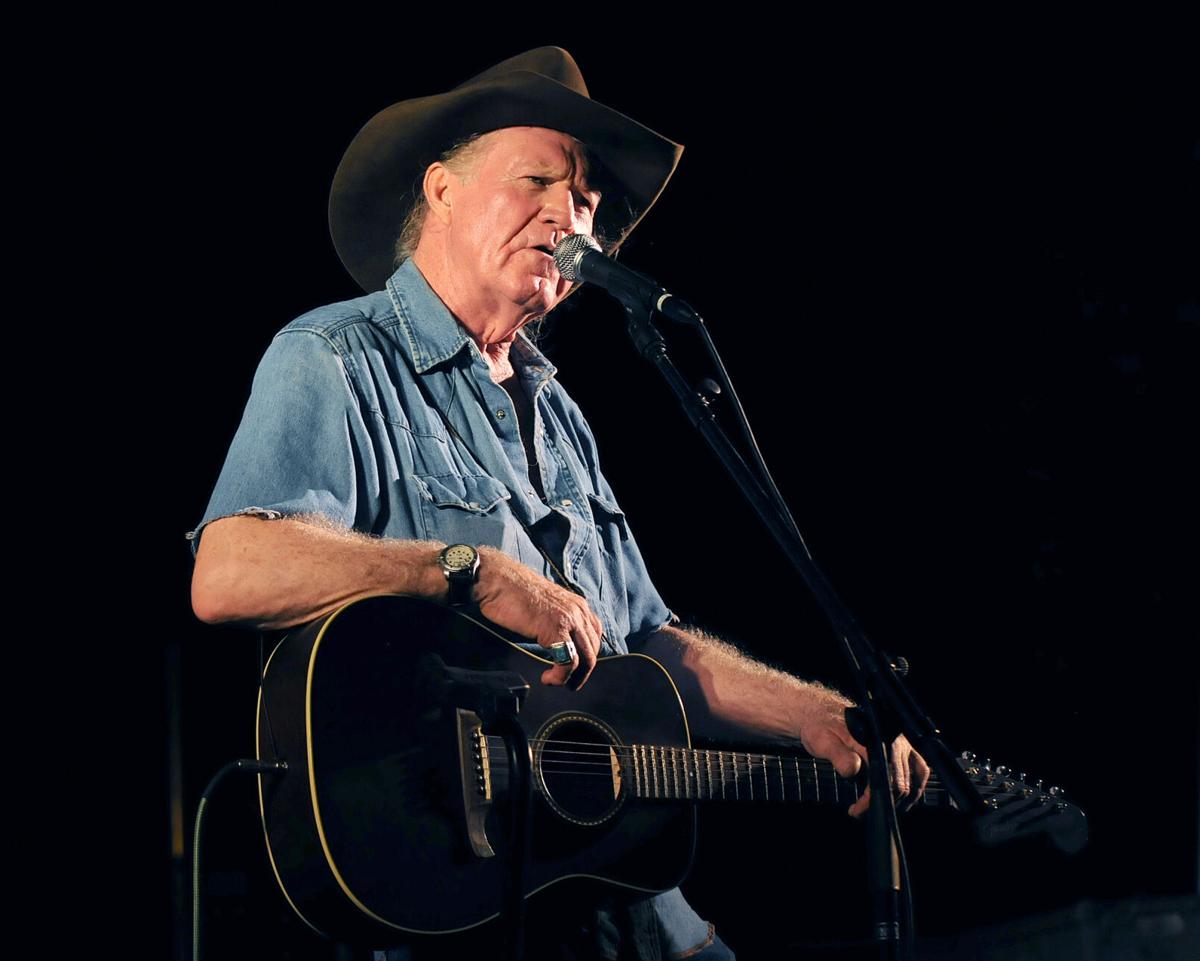 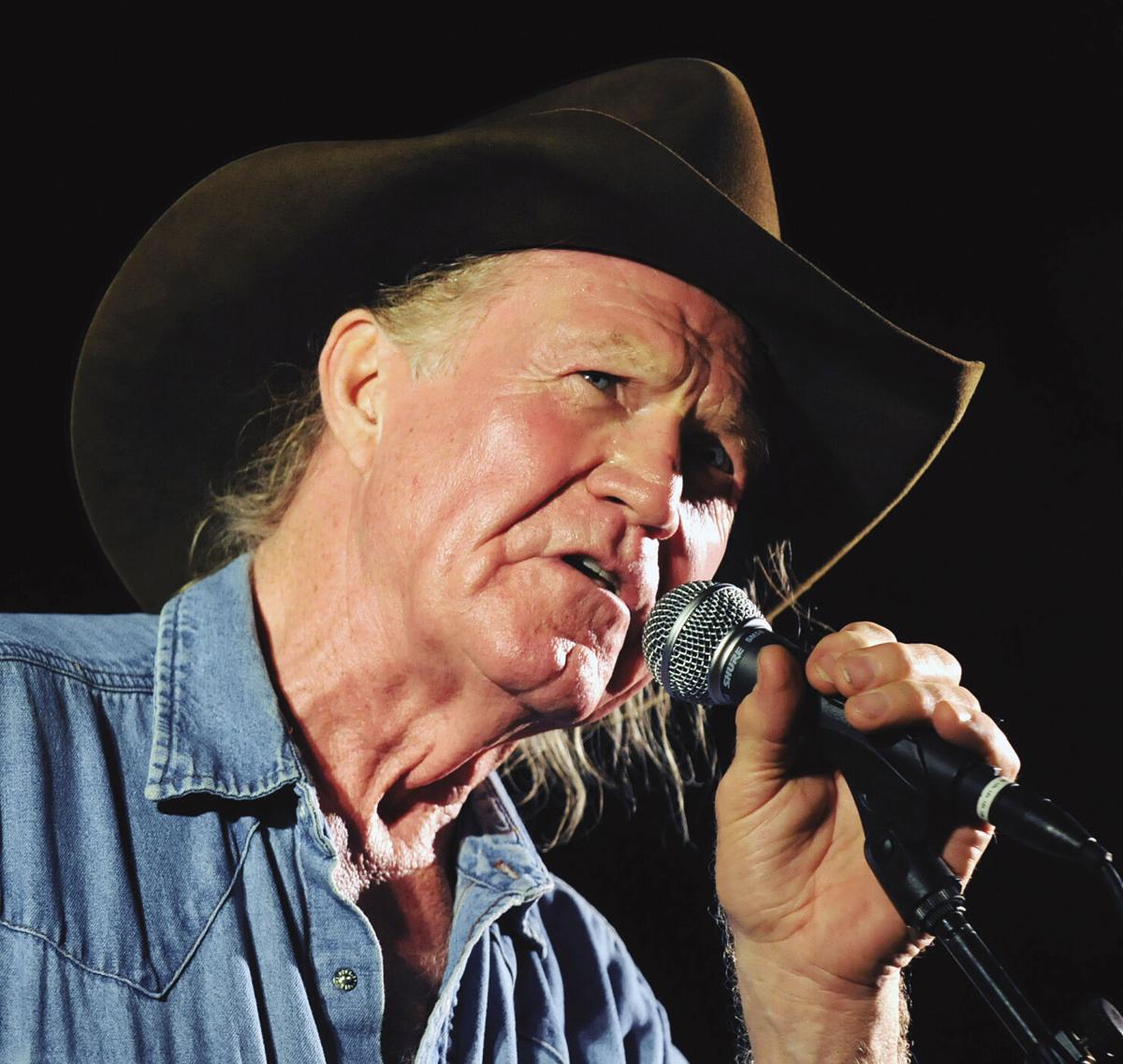 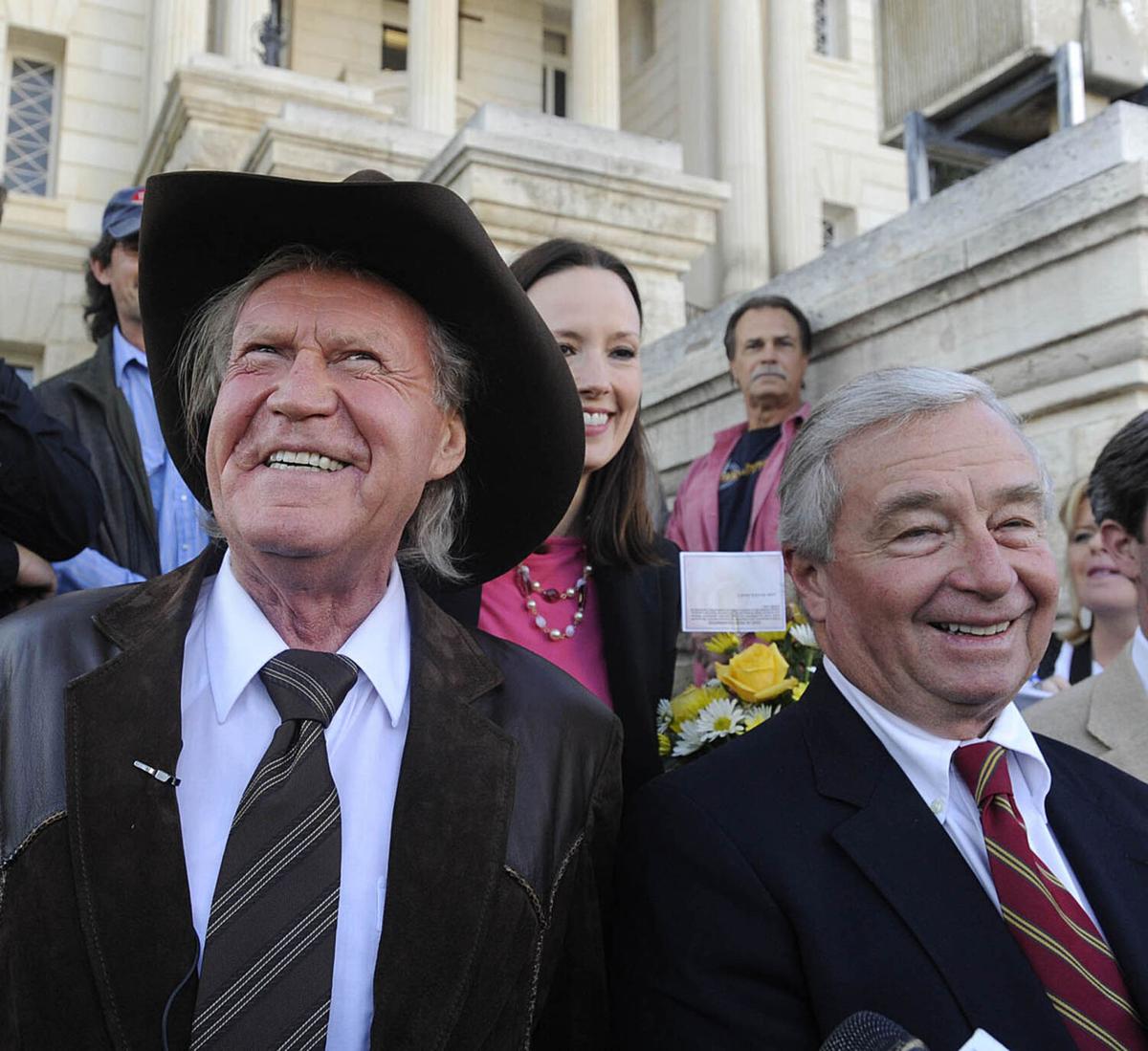 Billy Joe Shaver (left) smiles as he walks out of the McLennan County Courthouse with attorney Dick DeGuerin in 2010 after being acquitted of a shooting charge. Shaver, 70, was on trial for shooting Billy Bryant Coker outside Papa Joe's Texas Saloon in Lorena on April 1, 2007. 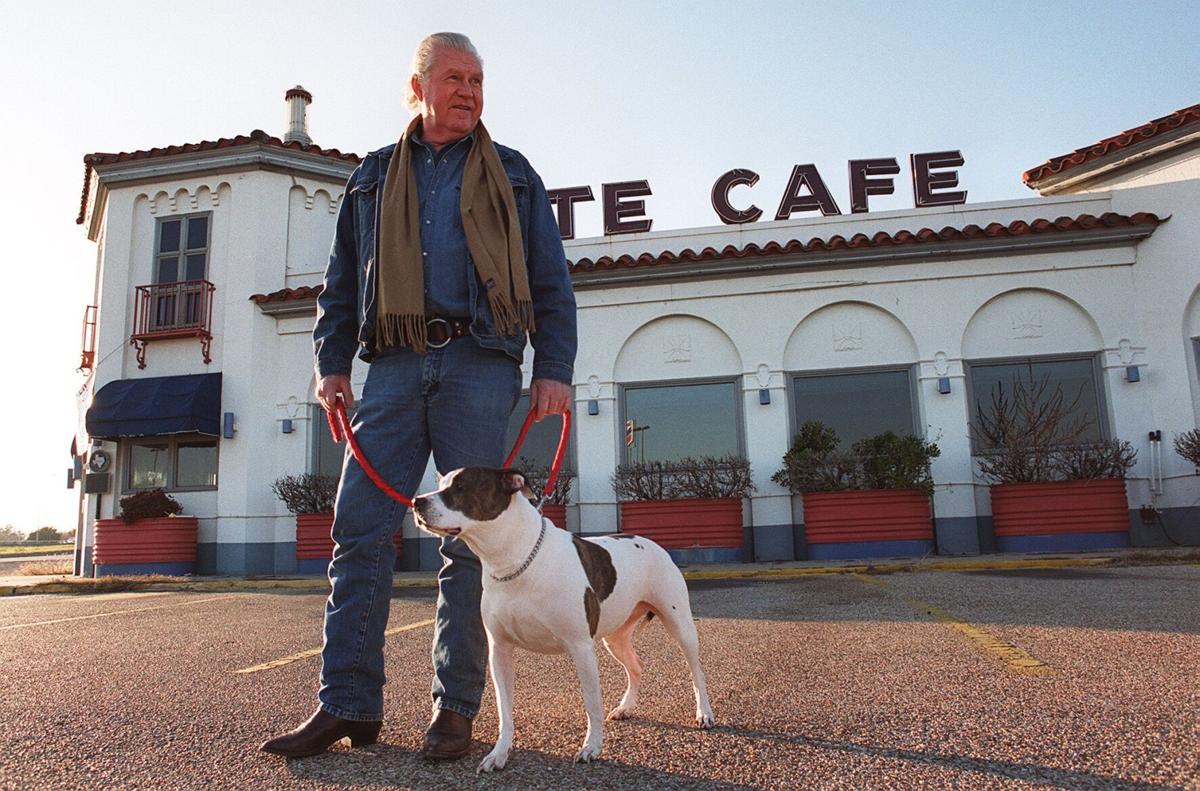 One of Billy Joe Shaver’s songs found its way into the recording studio for Elvis Presley, who famously visited the Elite Cafe in Waco during the 1950s. 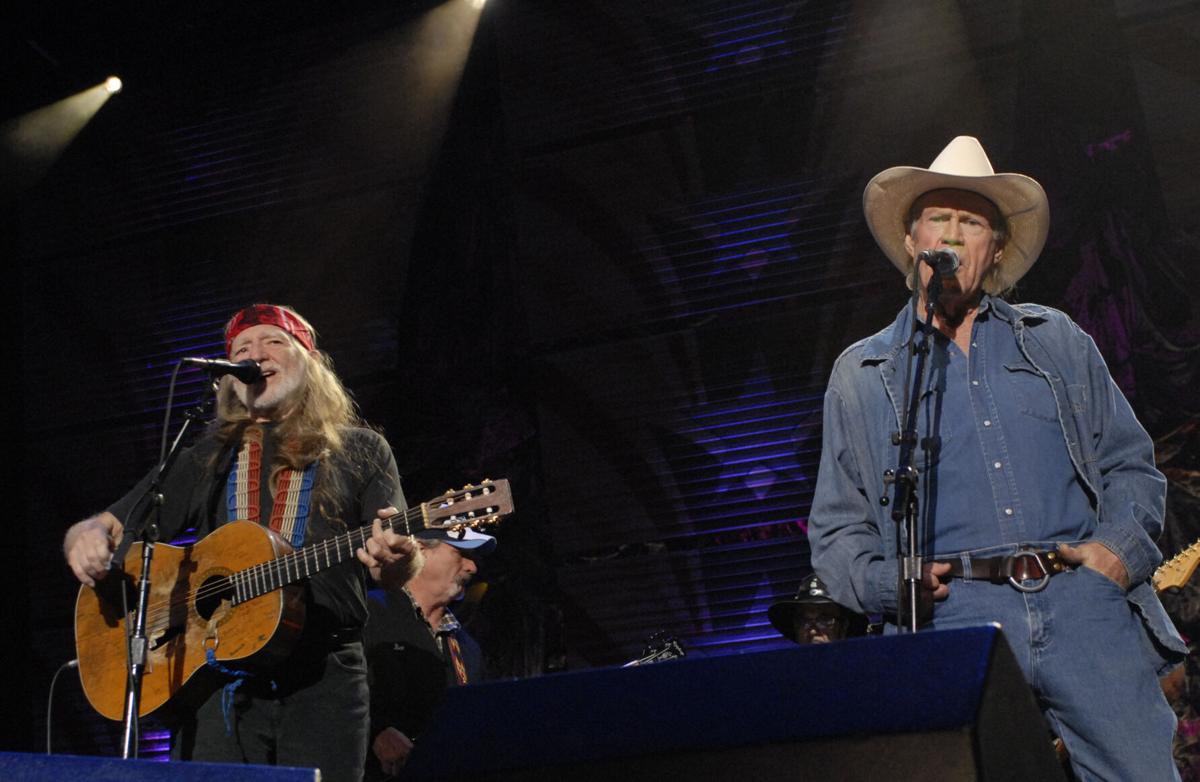 Billy Joe Shaver and his band perform with Willie Nelson (left) during a 2009 Farm Aid Concert event in St. Louis. 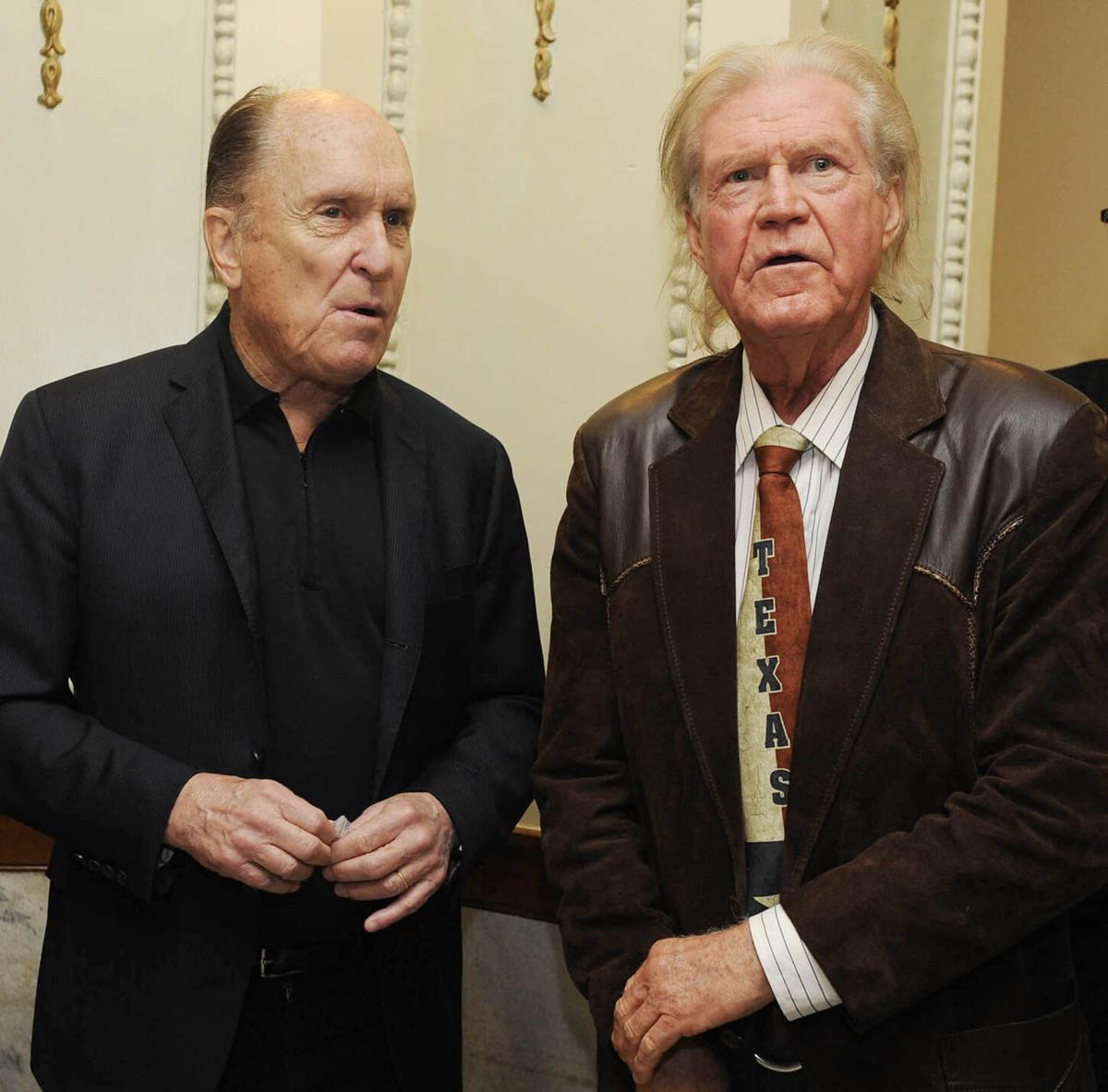 Actor Robert Duvall (left) stands with Billy Joe Shaver during a break in Shaver's trial in Waco in 2010. Shaver was acquitted of a 2007 shooting charge. 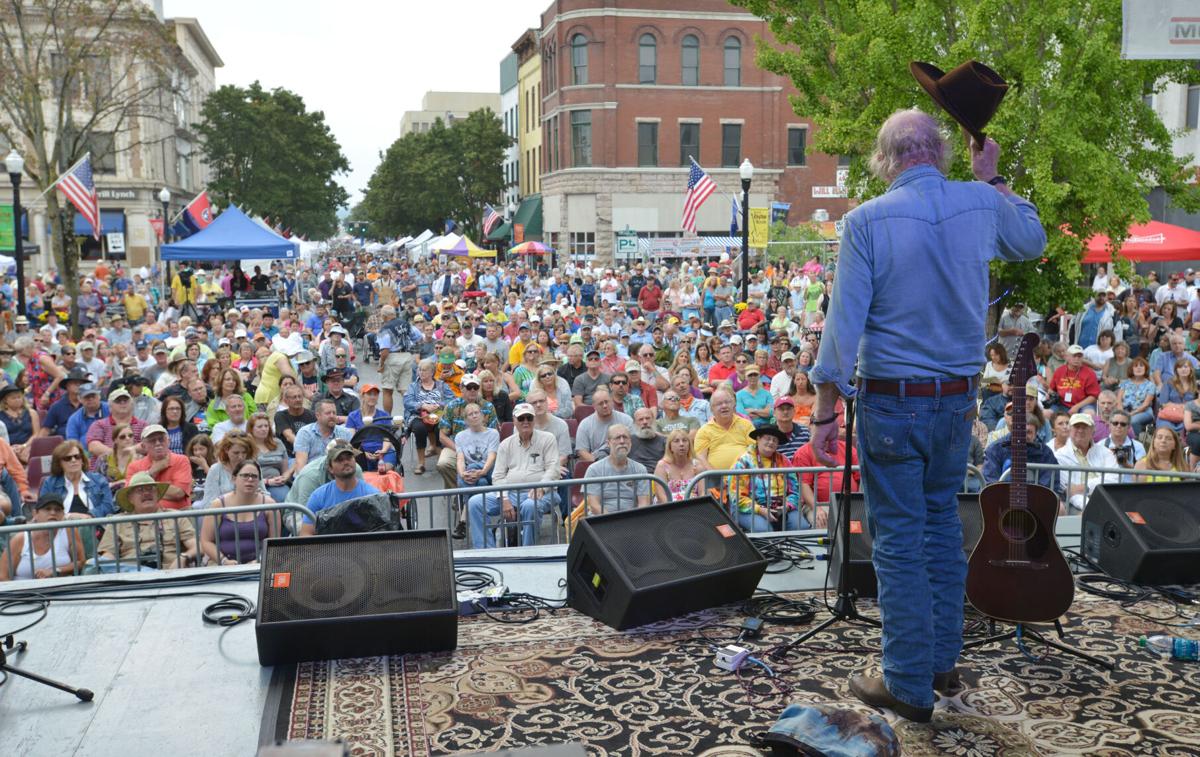 Billy Joe Shaver tips his hat to the crowd of fans from the State Street Stage during the 2013 Rhythm and Roots Reunion in Bristol, Virginia.