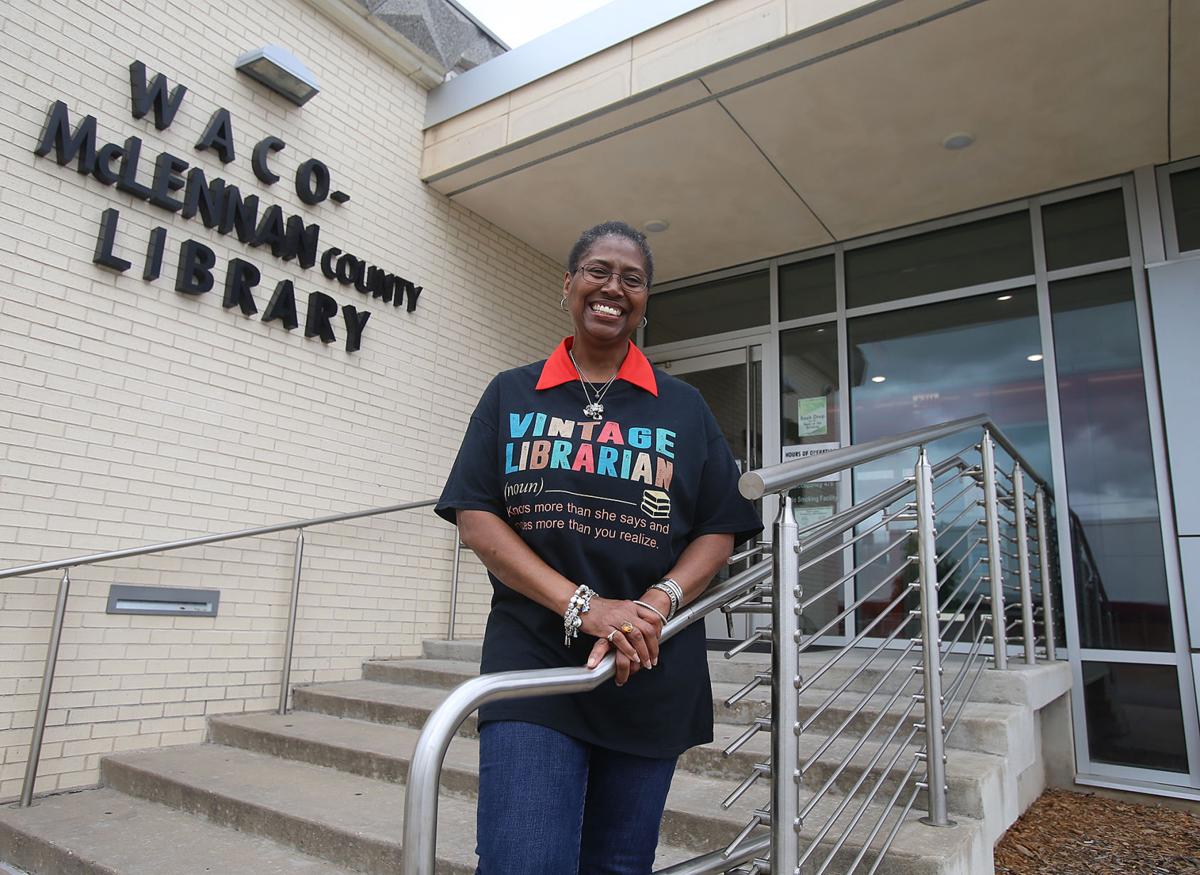 Retiring Waco children's librarian Vivian Rutherford stands outside the Central Library, where she has worked for 20 years. 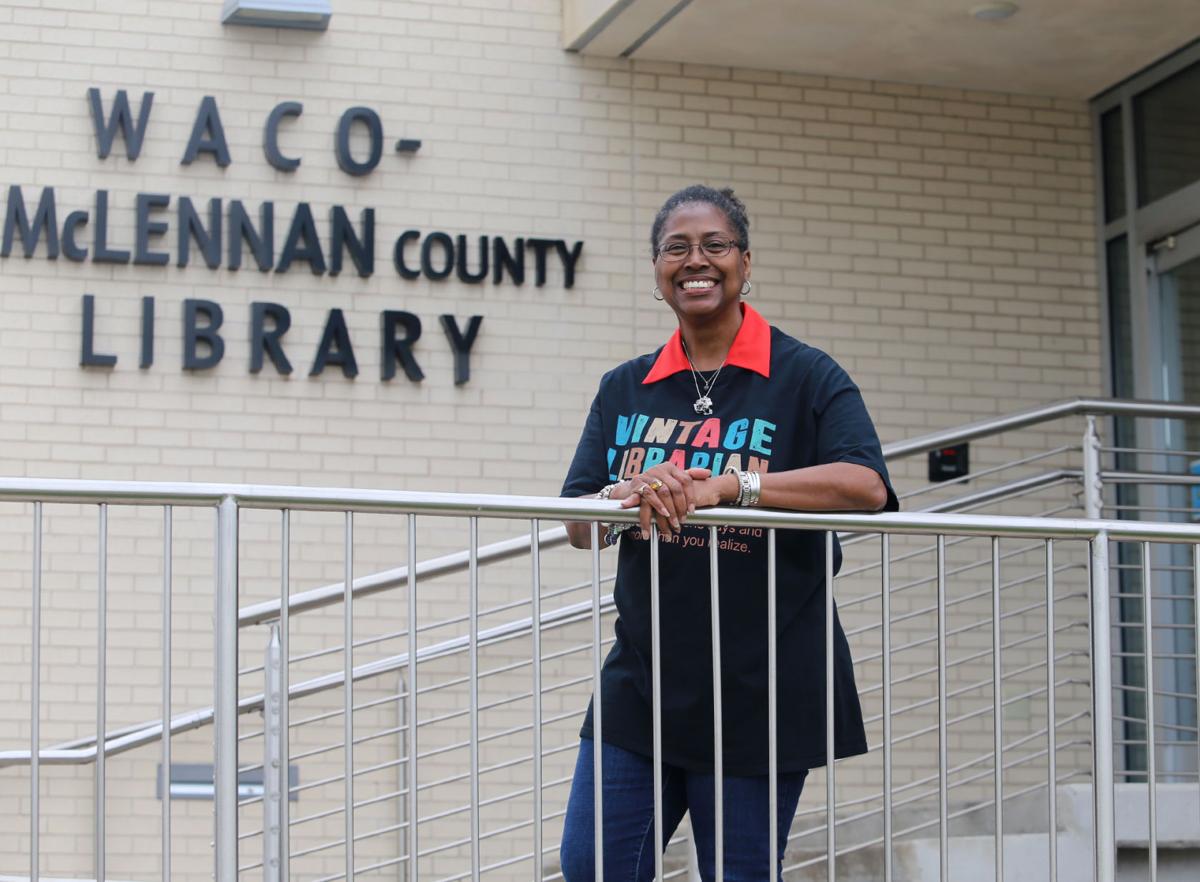 Retiring Waco children’s librarian Vivian Rutherford stands outside the Central Library, where she has worked for 20 years.

Waco children’s librarian Vivian Rutherford is rounding out the final pages of a 20-year chapter this week, with an ending leaving her both happy and sad.

Rutherford’s 20 years with the Waco-McLennan County Library are coming to a close as she starts her retirement. She declined to give her age a number, instead saying she has four grandchildren and she and her husband, Max, recently celebrated their 45th anniversary — in the car at a Sonic, but that’s another story.

Rutherford, known as “Miss Vivian” to hundreds of Waco children, teenagers and adults, is retiring from the library to spend more time with her youngest daughter, Valerie, during a difficult pregnancy and a September due date.

She will greet well-wishers in a drive-by celebration planned for 2 p.m. Saturday at South Waco Library, 2737 S. 18th St. She said the sad thing about farewells and telling children stories during an age of COVID-19 is the social distancing: no hugs, no handshakes and her radiant smile behind a mask.

True to form, on her last day at the downtown Central Library, Rutherford was dressed for the occasion, wearing a shirt with the phrase “Vintage Librarian: (noun) Knows more than she says and notices more than you realize.”

On past occasions, she has dressed as a giant red crayon, a clown, a snowman, a Christmas tree, an autumn leaf, but only once as a bunny rabbit. Once, because her costume made a child burst into tears and alarmed others.

“The face was not kid-friendly,” she said.

Two women in Rutherford’s Houston childhood molded much of what would become Rutherford’s life passions, a storytelling grandmother and a book-loving mother. The young girl volunteered to work in her library from elementary school to high school and went on to add a master’s in library science at the University of North Texas after earning her bachelor’s in secondary education.

She and her husband started their family in Houston. She taught in the Houston Independent School District, then was a stay-at-home mom to Marc, Vanessa and Valerie. A job transfer for Max brought them to Waco and Rutherford back to library work, where her bent for teaching never left her as a children’s librarian.

“I call it my fun literacy time,” she said of her years at the library. “When kids would say, “Oh, you’re so silly,” I’d say ‘Thank you.’ That mean they were having fun reading, having fun doing crafts. And when parents would come up and say, ‘My child is actually reading now’ — that is the biggest compliment ever.”

Rutherford’s zest for storytelling informed her readings and children’s programs, making her a minor celebrity among some kids, who would call out to “Miss Vivian” when they would see her at the grocery store or out shopping.

Miss Vivian also did not miss a chance to sing the library’s praises and its resources, Central Library branch manager Sarah Freeland said. Freeland recalled an employee appreciation day held at the Cameron Park Zoo where Rutherford started chatting with a child, then ended up talking to the parents about the library’s children’s section.

Rutherford’s storytelling led her to found the Heart of Texas Storytellers Guild in 2007, with spinoff events including Walking Tales at Oakwood Cemetery and Tellebration.

“Together, we realized that there was enough interest in this community to start our own local storytelling guild, and the Bluebonnet Guild was born,” Mosley said.

“She’s a pillar in that (storytelling) niche of the community,” he said. “I’m really sad to see her retire.”

Fellow guild member Barbara Bridgewater, who took her young children to Rutherford’s Reading Hour at the library almost 20 years ago, found herself impressed with Rutherford’s enthusiasm and passion — and a van crammed with whatever props she needed for her children’s activities.

“She has such a heart for storytelling,” Bridgewater said. “You could always tell she’s having so much fun.”

Years later, when Bridgewater came to know Rutherford through the guild, she saw other qualities complementing the enthusiasm and passion: flexibility, spontaneity and a cool head for on-the-spot changes.

Even when storytellers showed up and audiences did not, Rutherford was unflappable, Bridgewater said.

Marian Fleischmann worked with Rutherford in storytelling several years ago and loved to see her in action. She is now a Dallas-area school teacher.

“She’s a joy, a wonderful person. She’s magic on stage,” Fleischmann said. “She’s silly and wonderful and crazy … with brilliant ways with the children.”

Rutherford is keeping her options open in retirement. Many people have plans for her time, but she will always have a heart for kids, books and people, she said.

But that chapter of her story remains to be told.

Retiring Waco children's librarian Vivian Rutherford stands outside the Central Library, where she has worked for 20 years.

Retiring Waco children’s librarian Vivian Rutherford stands outside the Central Library, where she has worked for 20 years.