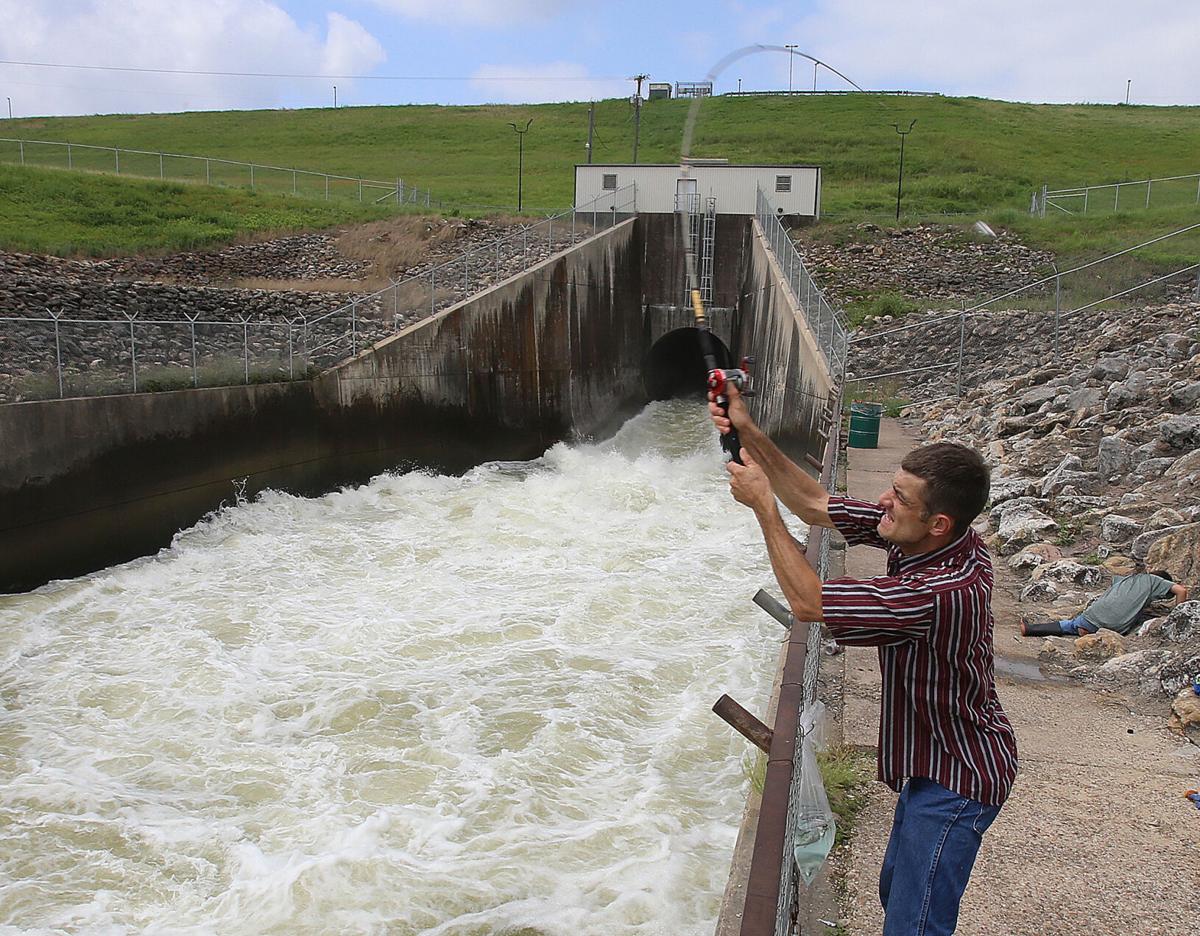 Brandon Young fishes from the Lake Waco outlet works at Bosque Park as water is pumped out. As of Wednesday, the lake stood 8.5 feet above its normal level and was still receiving more water than it was releasing. 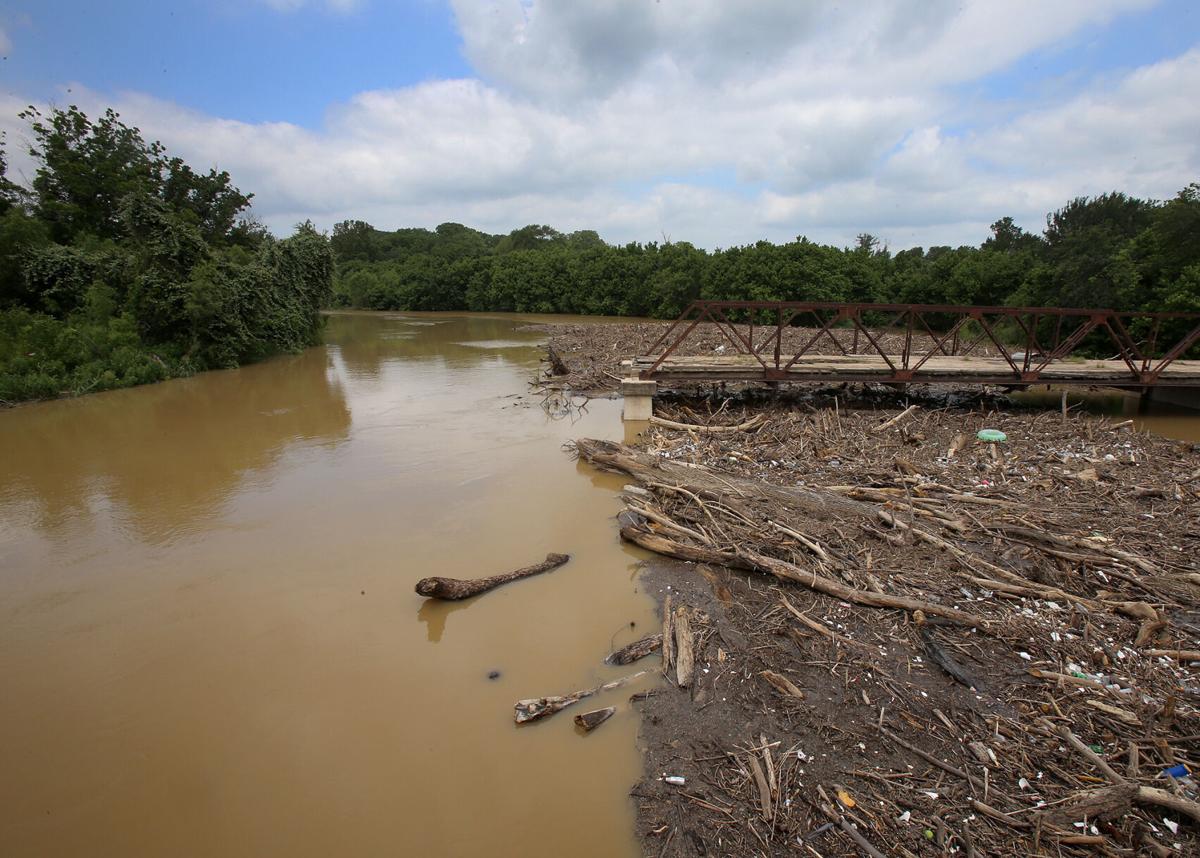 Debris is trapped on one side of the North Bosque River off Eichelberger Crossing. The river upstream of Lake Waco rose rapidly Monday and Tuesday before tapering off Wednesday. 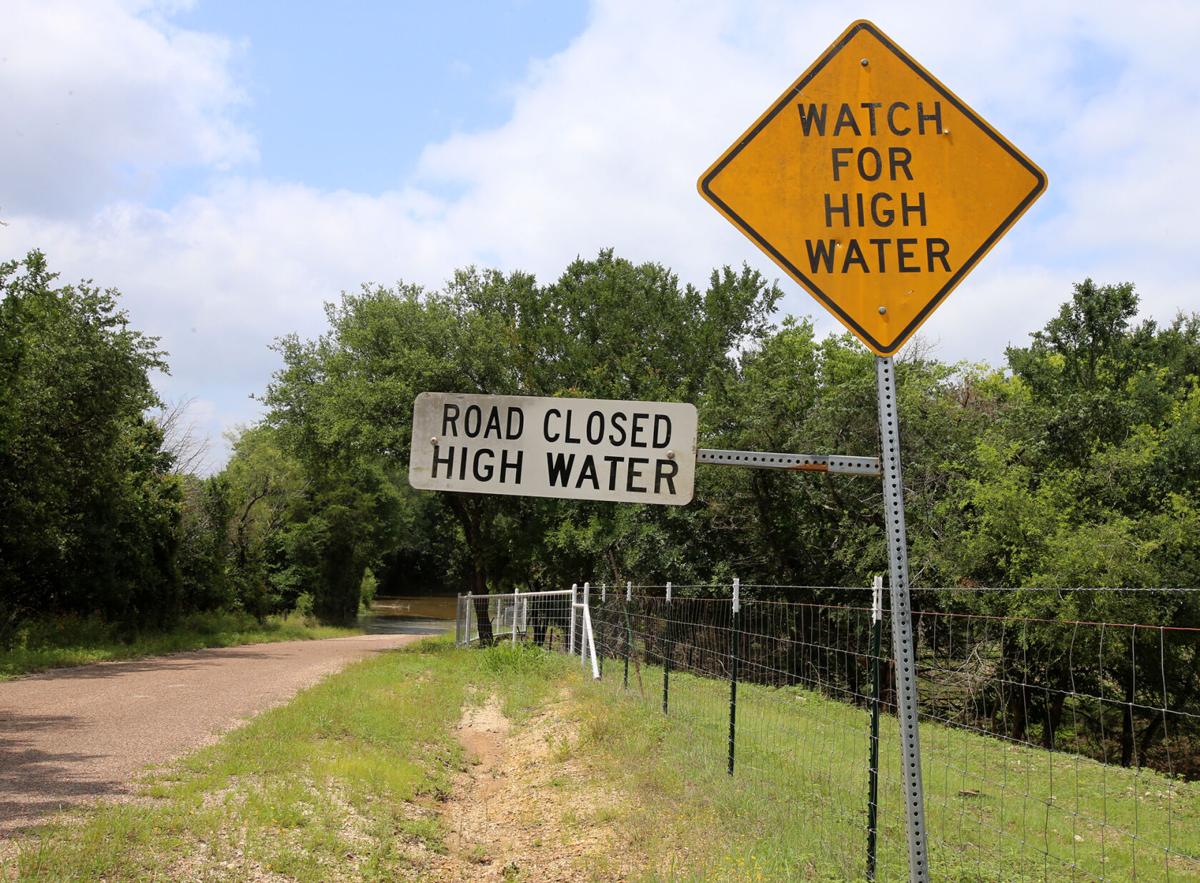 Wedgewood Drive near the North Bosque River was closed because of high water Wednesday. 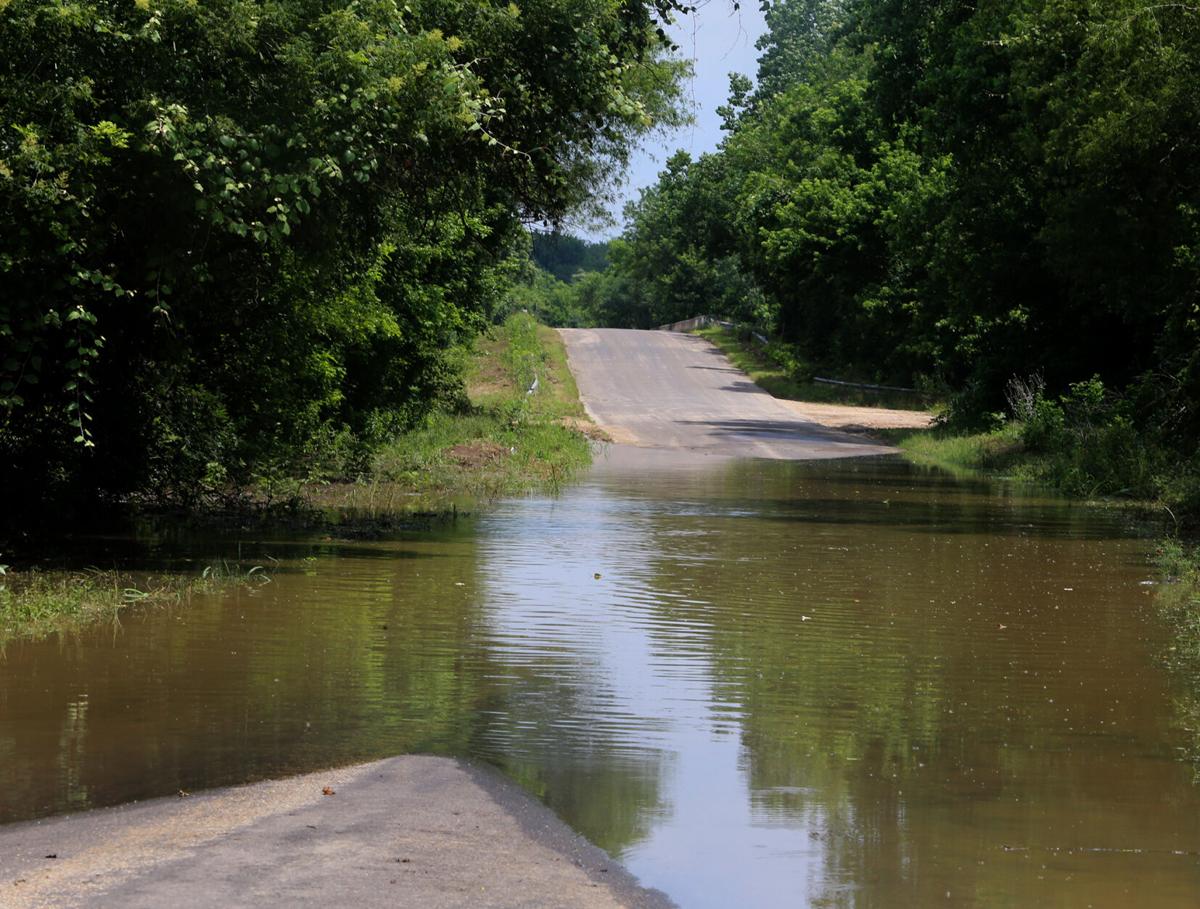 Water from the North Bosque River recedes from Eichelberger Crossing on Wednesday, after cresting Tuesday.

The swollen Brazos River at Waco is expected to continue rising late this week as upstream dams at Lake Waco and Lake Whitney release floodwaters that have piled up from recent storms.

But it appears the region will begin drying out in coming days as the clouds roll away and temperatures rise, National Weather Service officials said.

After rising more than 10 feet over the last week and swamping the downtown Riverwalk, the Brazos at Waco was forecast to rise another 3 feet by this weekend, according to the weather service’s Advanced Hydrologic Prediction Service.

Most of that flow will come from upstream at Lake Whitney, which stood at 12.5 feet over its normal conservation level Wednesday. The U.S. Army Corps of Engineers had closed all of its parks around Lake Whitney and had begun draining the floodwaters at a rate of 25,353 cubic feet per second.

Lake Waco was up 8.5 feet over its usual conservation pool of 462 feet above sea level and was releasing about 1,300 cubic feet per second into the Bosque River upstream of the Brazos. The Corps has closed Koehne Park, Lacy Point and Flat Rock access points as well as day use areas at Airport Beach and Reynolds Creek Park because of high water. All boat ramps are closed except for Airport Park.

Park Ranger Mike Champagne said some park roads are underwater and will take a couple of weeks to dry out for use after the water recedes. Bathrooms and electrical systems have also taken some damage, he said. But he was hopeful that the lake will be back in full use this month.

Waco Regional Airport recorded 0.82 of an inch of rain Monday and 0.17 of an inch Tuesday, but unofficial rain gauge readings around the county showed multiple inches.

“A lot of the pattern we’ve seen over the last couple of days show large variances over small distances, not so much uniform widespread precipitation,” said Jennifer Dunn, a National Weather Service meteorologist in Fort Worth.

Much of flow in the Brazos River has accumulated over the last week or two and is now being released from upstream lakes such as Lake Granbury and Possum Kingdom Lake, Dunn said. The heavy rainfall came from an upper-level low-pressure system in West Texas.

Now an upper-level high-pressure ridge is starting form, promising warmer temperatures, Dunn said. The watershed appears to be ready to dry out, though humidity will linger for a while, she said.

Temperatures reached 93 Wednesday, with a heat index of 102 degrees. The National Weather Service forecast through Sunday calls for more high temperatures in the low- to mid-90s and overnight lows in the mid-70s.

“We’re getting closer to our typical summertime pattern,” she said.

The public needs to stay aware of the health risks of hot weather, she said.

Dunn said some models show the high-pressure ridge may move out in the next couple of weeks, raising the chances of rain again.

Brandon Young fishes from the Lake Waco outlet works at Bosque Park as water is pumped out. As of Wednesday, the lake stood 8.5 feet above its normal level and was still receiving more water than it was releasing.

Debris is trapped on one side of the North Bosque River off Eichelberger Crossing. The river upstream of Lake Waco rose rapidly Monday and Tuesday before tapering off Wednesday.

Wedgewood Drive near the North Bosque River was closed because of high water Wednesday.

Water from the North Bosque River recedes from Eichelberger Crossing on Wednesday, after cresting Tuesday.