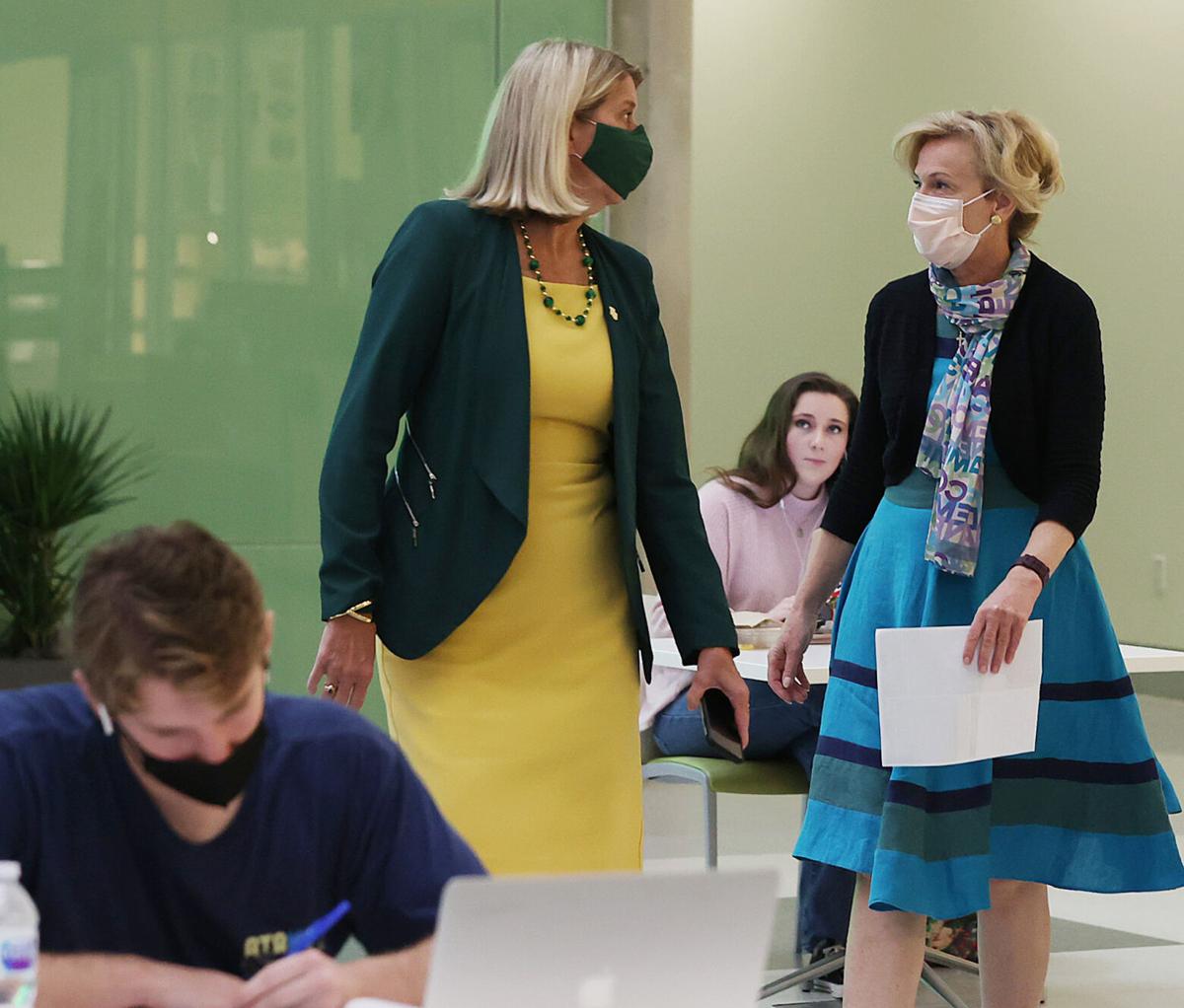 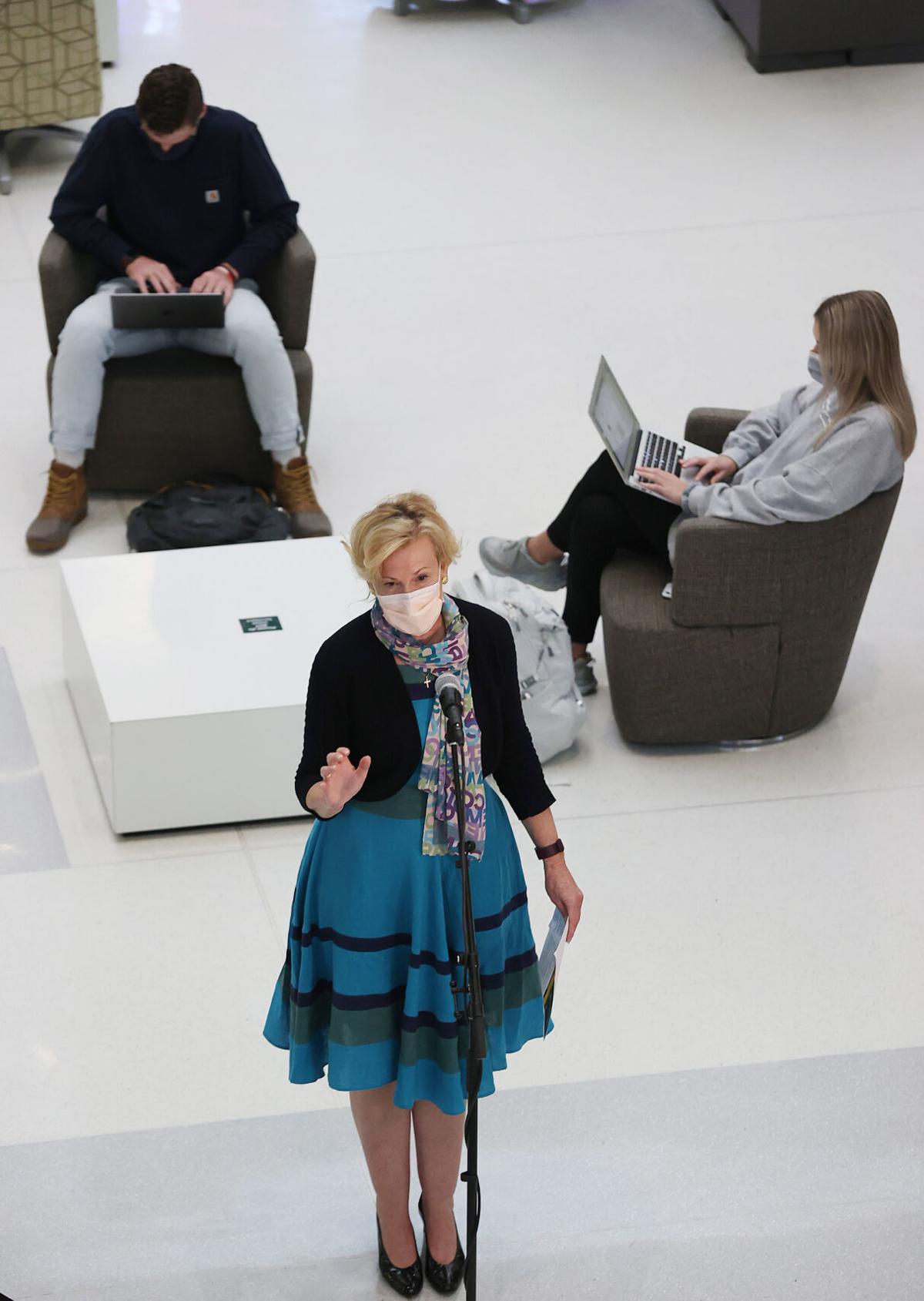 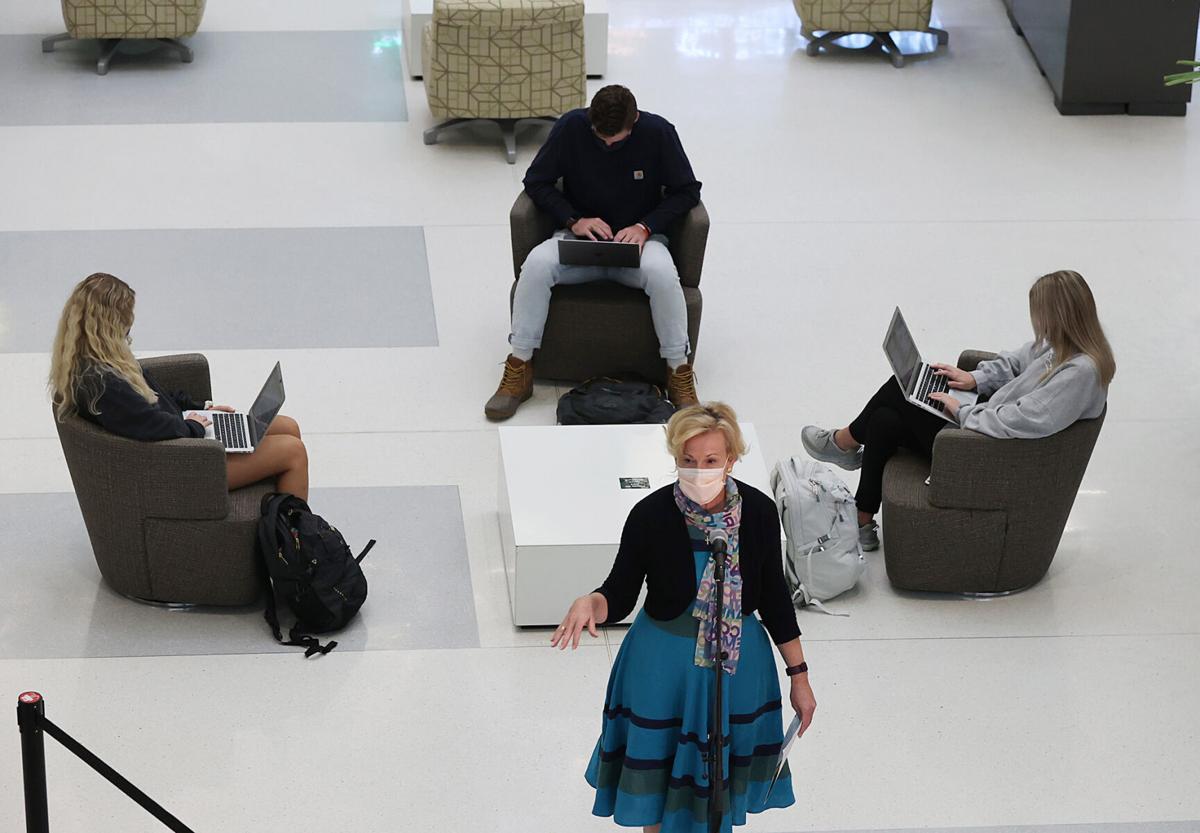 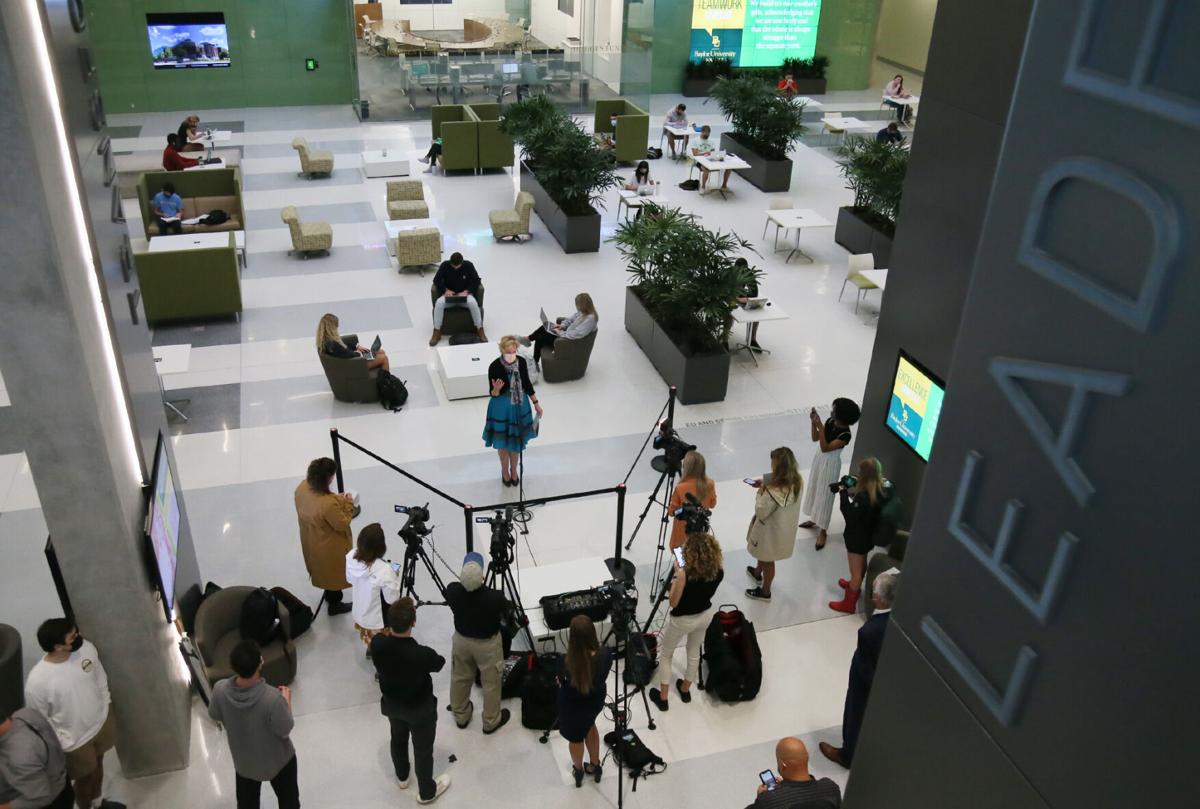 Baylor University’s efforts to mitigate the spread of COVID-19 and alleviate its mental toll on isolated students will help other colleges and universities that plan to open in the spring put together “a playbook” of their own, White House Coronavirus Response Coordinator Dr. Deborah Birx said Monday during a visit to the university.

Birx made a brief stop at the university Monday after Baylor President Linda Livingstone wrote the White House about its successful reduction in the rate of students and staff members testing positive for COVID-19. After spiking at 603 cases Sept. 3, Baylor now has 77 active cases, according to its dashboard.

After visiting Arizona State University and the University of Arizona, Birx and her team traveled to Waco to visit Baylor before heading to Texas A&M University and others across the South, she said. They have visited between 15 and 20 different higher learning institutions.

The widespread testing Baylor has conducted of students not only before they came to campus but also of students and staff without symptoms, wastewater testing of residence halls, contact tracing protocols and designated quarantine locations all contribute to why the university has been able to stay open, Birx said.

Through testing its student athletes, Baylor determined that 60% of those who tested positive showed no symptoms, higher than the U.S. Centers for Disease Control and Prevention’s calculation of 40% across all age groups, Birx said. The university also is working to understand how information from the wastewater testing correlates with the number of potential infections in a residence hall.

“That understanding is going to help all of us,” she said. “This cutting-edge — what we call innovative science and data collection — will help other universities really understand when they open in the spring what they need to do and be ready to plan now, because the key success at Baylor and the universities that we have seen is they spent the summer planning.”

Birx said that is the “secret sauce” people often ask her about for universities that have opened and remained open, and it has become clear to her now after visiting so many different institutions. The ones that took the summer to plan, to communicate those plans to staff and students and to provide expectations for all managed to find that “secret sauce,” she said. They also worked with their communities, local officials and health experts.

Currently, McLennan County is in what Birx called the “red zone” because the average rate of tests coming back positive is between 9.9% and 10%, clearly indicating community spread. She also met with city and county officials before meeting with university officials, faculty and students, as well as Baylor’s medical team.

Birx said she wants to work with the city and county to provide surge testing here to test more people in the community, especially those in most need of testing. She and her team walked around Waco on Monday morning and saw many older people not wearing masks and others not social distancing.

“This is a message to every community member out there,” she said. “If you have young people in your household, they could be asymptomatically infected and spreading it within your household. This is why we really call on people to wear a mask.”

Aside from wearing masks, Birx called for more testing, especially of people who do not show symptoms. They tend to be younger people, who could then spread it in their households if they live with older family members. Birx said she wanted to work with Baylor to double its testing of people without symptoms.

Virus by the numbers: These 8 charts show you how, where the virus spreads

Coronavirus spreads across the United States

Coronavirus spreads around the world

There will be no home football game with a stadium packed with thousands of fans, no parade with floats that had students burning gallons of t…

While Waco Independent School District board incumbent Robin Houston sees promise in the way the district currently operates, her challenger, …

If they were not competing for the same seat on the Waco Independent School District board, Ilda Sabido and Jose Vidaña could be running mates.

The U.S. Department of Education has fined Baylor University $461,565 for violations of a federal campus crime reporting law between 2011 and …

Waco voters will cast ballots for more than just their preferred presidential candidate Nov. 3. They must also elect new representatives for t…

Friday was the moment of truth for Nash Wadsworth, a Midway High School senior who spent some 450 hours over the past year-and-a-half tearing … 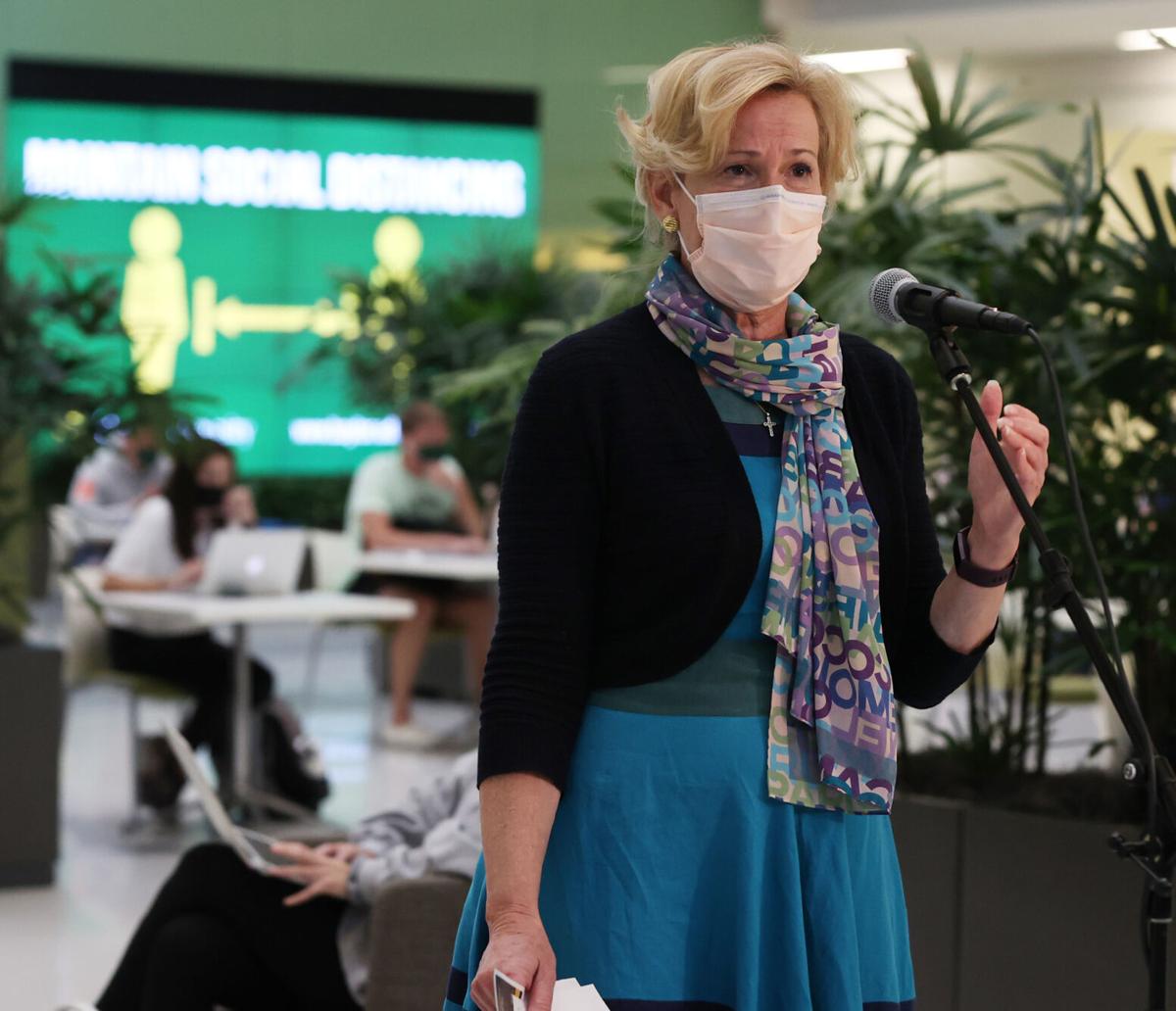