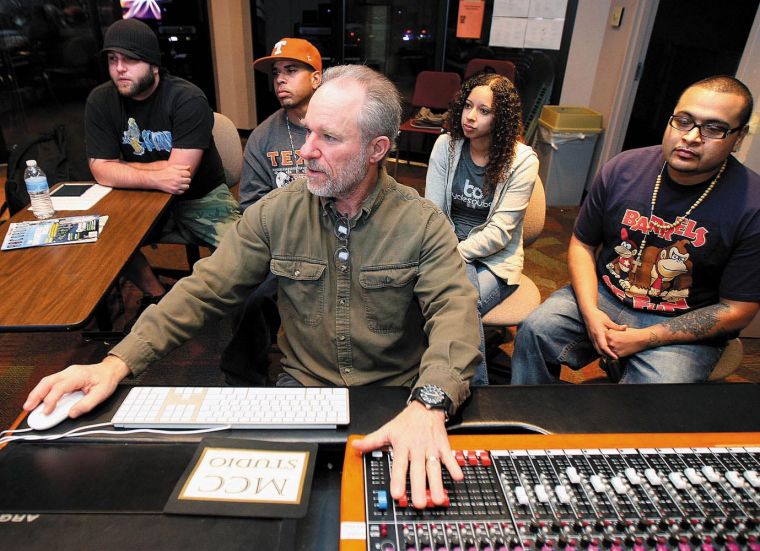 McLennan Community College instructor Brian Konzelman works with his students in the recording studio at the Ball Performing Arts Center. 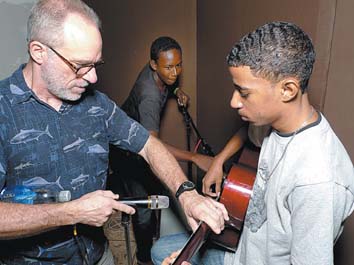 Brian Konzelman sets up a recording microphone with youths in Honduras. 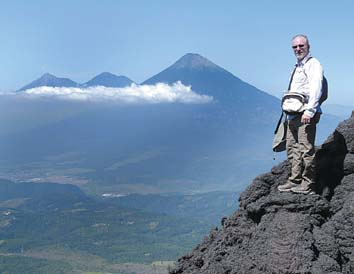 Several times a year, Brian Konzelman, 59, straps on a backpack and takes off for Central or South America, canoeing down the Amazon, tripping over lost Mayan ruins, summiting a volcano.

It’s no archaeological dig or hidden treasure that sends this McLennan Community College instructor rumbling and tumbling through the jungle. It’s his expertise in audio technology and his desire to help people communicate.

As a consultant with Wycliffe Bible Translators for the past five years, Konzelman has been to Honduras, Guatemala, Colombia and Peru, to name a few places, helping set up recording studios in the remotest of settings.

Wycliffe’s goal is to translate the Bible into all languages. Scott Toncray, director of public relations for Wycliffe, said there are 2,200 languages left without Bible translations, and many of those are oral-only languages.

That’s where Konzelman comes in. He sets up simple recording studios and teaches the people in those areas to use them. It’s a task Konzelman, the audio technology instructor in the commercial music program at MCC, knows well.

He teaches a two-year associate degree program, training students in the school’s state-of-the-art digital recording studio. Konzelman also has years of experience as a producer and musician.

Konzelman said it’s fun to be able to reach out to indigenous communities, using his skills.

“It’s humbling to have something to offer,” he said.

Toncray said Wycliffe’s work with indigenous people to have them record an audio version of the Scriptures is invaluable.

“We think it’s a social injustice not to have a Bible in their own language,” he said.

Konzelman has been involved with missions since the early 1970s and came across the opportunity to help Wycliffe five years ago.

Konzelman speaks fondly about the indigenous people he has worked with and speaks passionately about the desire to help people communicate in the oral tradition. He said he feels like sharing of the gospel has come full circle, back to the way Jesus used to communicate, orally.

Konzelman’s father, who died 20 years ago, was a pastor and left Konzelman an inscription in a Bible that today seems prescient.

“May the words in this book help make you aware of God’s many other languages,” his father wrote.

“I took those words to heart,” Konzelman said.

When not doing what he does best in the studio, Konzelman gets to feed his inner adventurer on his trips. He almost never stays in hotels, and he carries his water purifying system and enough food for a few days on his back, getting around in the jungle via motorbike.

He even has climbed a 12,000-foot volcano and roasted hot dogs over hot lava.

“It’s kind of fun to be Indiana Jones a few times a year,” he said.

And there’s an element of danger.

“You’re always at risk for bandits and somewhat for kidnapping in Guatemala,” Konzelman said. “It’s a shame. It’s a beautiful part of the world, and it’s just been destroyed.

“It’s really selfish on my part to do all this because it makes me feel good about me,” he said. “As long as God provides the funds for me to do this, I’ll continue doing it.”

McLennan Community College instructor Brian Konzelman works with his students in the recording studio at the Ball Performing Arts Center.

Brian Konzelman sets up a recording microphone with youths in Honduras.