Please log in to keep reading.
Enjoy unlimited articles at one of our lowest prices ever.
You have permission to edit this article.
Edit

For more than a hundred years, the fossil of the Tanystropheus has puzzled scientists.

The strange reptile — resembling a real-life Loch Ness Monster or a prehistoric crocodile crossed with a giraffe — was first described in 1852 and first reconstructed in 1973.

Palaeontologists have long known that the species once lived in Switzerland's Monte San Giorgio basin during the Middle Triassic period (about 242 million years ago). They also knew the bizarre-looking 20-foot creature had a remarkably long neck, which at 10 feet long was half of its entire length.

But the remaining details surrounding the Tanystropheus remained fuzzy and have been much debated. Did these animals live on land or in the water? What did their young look like? And how did they interact with the other species in their environment? No one knew — until now.

Scientists used computed tomography (CT) scan technology to digitally reconstruct the crushed skulls of the fossils, which revealed evidence that these reptiles were water-dwelling, according to new research published today in Current Biology.

"For those people who are interested in Triassic reptiles, it's always been not only an iconic fossil but also a matter of dispute and discussion," said Olivier Rieppel, a paleontologist at the Field Museum in Chicago and one of the study's authors.

"I've been studying Tanystropheusfor over 30 years, so it's extremely satisfying to see these creatures demystified."

"That long neck wasn't very flexible, it only had 13 vertebrae and it had ribs in it that further constrained mobility," Rieppel explained. "But our study shows that this strange anatomy was much more adaptive and versatile than we had thought before."

Scientists were also able to clear up questions surrounding different forms of these animals — one smaller and one larger — whose fossils are found in the same area of modern-day Switzerland.

Previously, it was thought the smaller fossils were the baby version of the fully-grown Tanystropheus. The smaller specimens looked very similar but were only about 4 feet long compared to 20 feet. But researchers were able to examine the growth rings in the cross sections of Tanystropheus bones to determine that they are, in fact, two different species.

"The small individuals are also fully grown, and that was surprising," said coauthor Torsten Scheyer, a research associate at the University of Zurich. "It's like the growth rings of a tree — from this you can basically reconstruct the history of these animals."

However, the fossils also revealed the two species had different types of teeth, which led to the conclusion that they used different strategies to catch prey.

"Food resources in an ecosystem are limited, and animals that look similar often develop different strategies ... It's called niche partitioning," Scheyer said. "So, they shared the same habitat, but didn't get in each others' way too much."

Niche partitioning in such a highly specialized, extraordinarily long-necked reptile reveals a less competitive side of evolution during the Triassic period. Scientists said that's an important ecological phenomenon that highlights the versatility of the Tanystropheus and the complexity of ecosystems at that time.

The Triassic period is far removed from modern-day existence, but studying it can reveal a lot about the diversity of life on Earth today.

"The Triassic is a very interesting and amazing time in Earth history. There are a lot of animals, even modern animal groups, that appeared during this time or diversified during this time," Scheyer said. "That's partly because of the layout of the land at this time, and because it's the time period that follows one of the biggest mass extinctions in history."

"All this enabled certain groups to diversify in these environments, and among those are some really bizarre creatures — one of those is the Tanystropheus," he added.

The time period these scientists are looking at occurred about 9 million years after the mass extinction which wiped out about 96% of marine species on Earth at the time, according to a 2018 study published in Science. But marine life had a little time to recover by the Triassic period, making that time frame rich in fossils, especially in Switzerland's Monte San Giorgio area.

Nowadays, the area is forested and has nice hiking paths that take visitors through the mountains of the Swiss-Italian border. The fossils that the researchers are now examining with the latest CT scan technology were actually unearthed in digging campaigns between the 1920s and 1950s — and have long been held in museum collections and university basements.

But those excavation sites would have looked very different 242 million years ago.

"Imagine something like the modern Bahamas today with an island dotted landscape, shallow water, warm climate, a sea that was not too deep with islands where some of the terrestrial animals that we find in these localities come from," Scheyer explained. "It was a unique ecosystem which we are basically lacking any modern counterpart, and all these modern animals don't have modern representatives anymore."

Scheyer added that studying strange forms of life such as the Tanystropheus is important for understanding our current ecosystems and biodiversity.

"Tanystropheus is an iconic fossil and has always been," Rieppel added in a statement. "To clarify its taxonomy is an important first step to understanding that group and its evolution."

The FBI is warning of plans for 'armed protests' at all 50 state capitals and in Washington in the days leading up to President-elect Joe Biden's inauguration, stoking fears of more bloodshed after the siege at the U.S. Capitol.

Donald Trump was impeached for a second time Wednesday, just a week after he encouraged loyalists to “fight like hell” against election results and then a mob of supporters stormed the U.S. Capitol. The House voted 232-197, with 10 Republicans joining Democrats to rebuke the president.

Two U.S. Capitol Police officers were suspended and up to 15 more are under investigation for their alleged roles in the riot at the U.S. Capitol on Jan. 6.

An Orlando, Florida, server used a sign to secretly communicate with a boy, and police are crediting her with saving him from his abusive parents.

President-elect Joe Biden is unveiling a $1.9 trillion "American Rescue Plan" Thursday to turn the tide on the pandemic, speeding up the vaccine rollout and providing financial assistance.

GOP congresswoman to introduce articles of impeachment against Biden

U.S. Rep. Marjorie Taylor Greene, R-Georgia, told Newsmax on Wednesday that she plans to introduce a measure to impeach Biden on his first full day in office next week.

President Trump spoke to the media for the first time since Wednesday's riot, criticizing impeachment and calling for "no violence." Get today's latest.

Anyone flying to the U.S. will soon need to show proof of a negative test for COVID-19, health officials announced Tuesday. Here's the latest virus news.

Vogue released two images online, but the photo of a sneaker-clad Harris is the one that will grace the cover of the fashion bible's print edition. 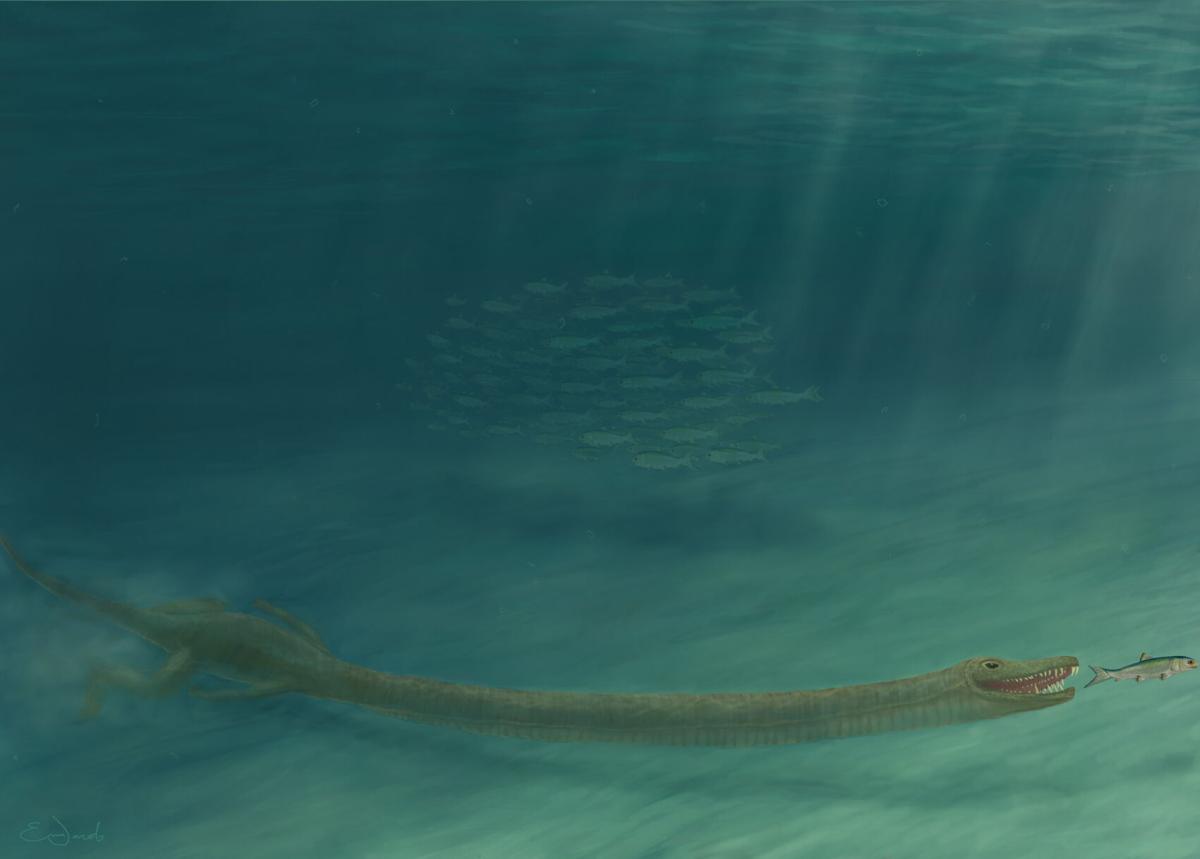 Scientists digitally reconstructed the crushed skulls of Tanystropheus fossils, which revealed evidence that these reptiles were water-dwelling. 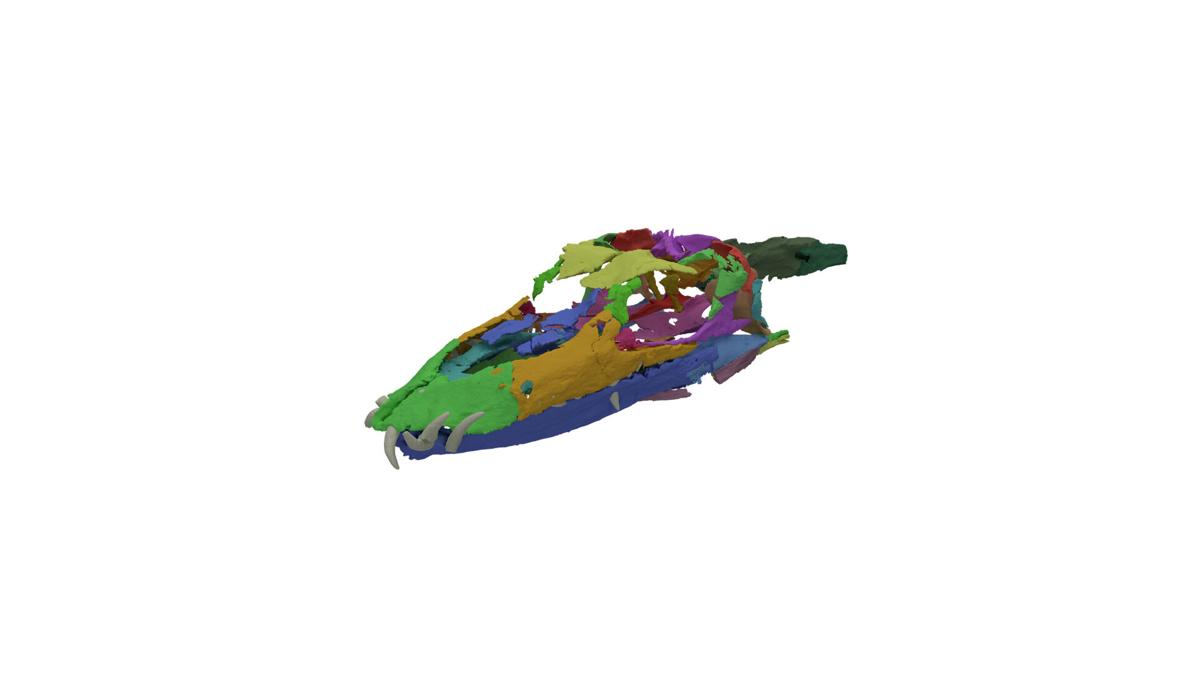 The digitally reassembled fossils show that the Tanystropheus' skull anatomy and nostril placement — on the top of it's snout similar to a crocodile — had the characteristics of an aquatic animal. 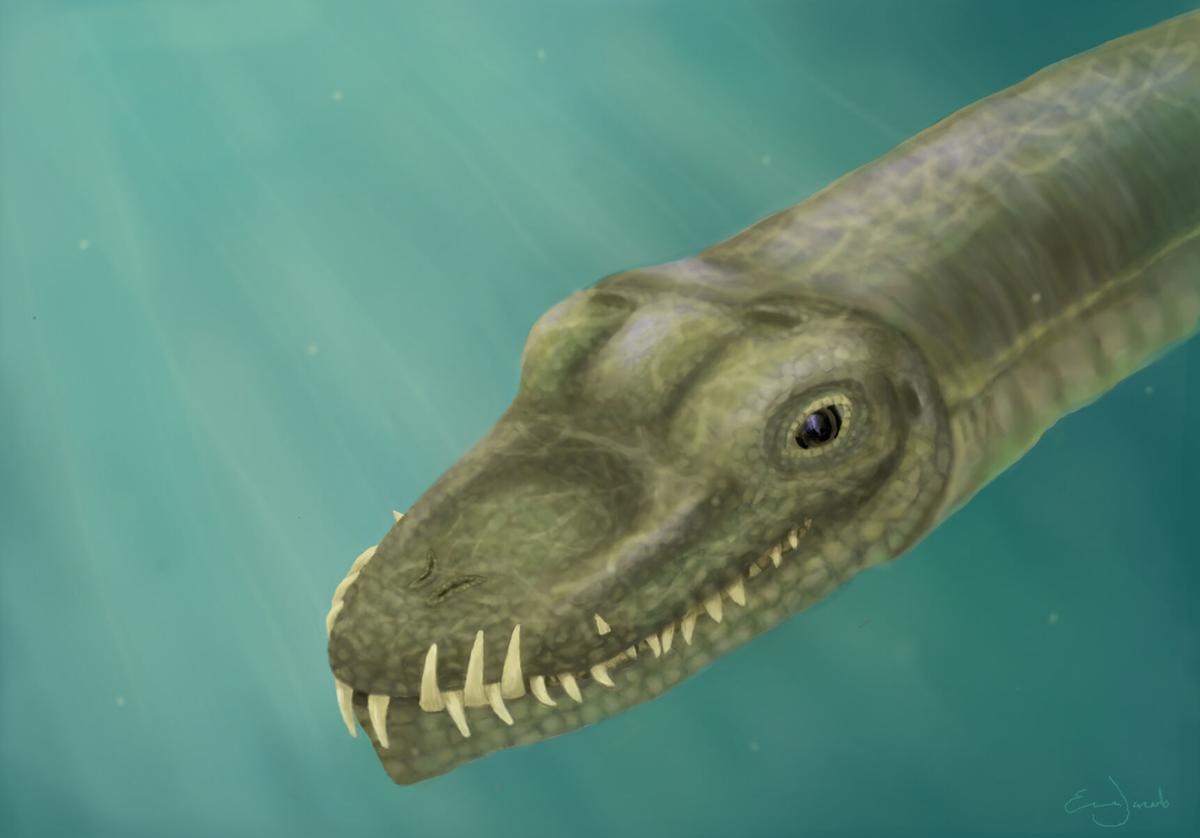 Scientists used CT scans to digitally reconstruct the crushed skulls of Tanystropheus fossils, which revealed evidence that these reptiles were water-dwelling, according to the new research published today in Current Biology.