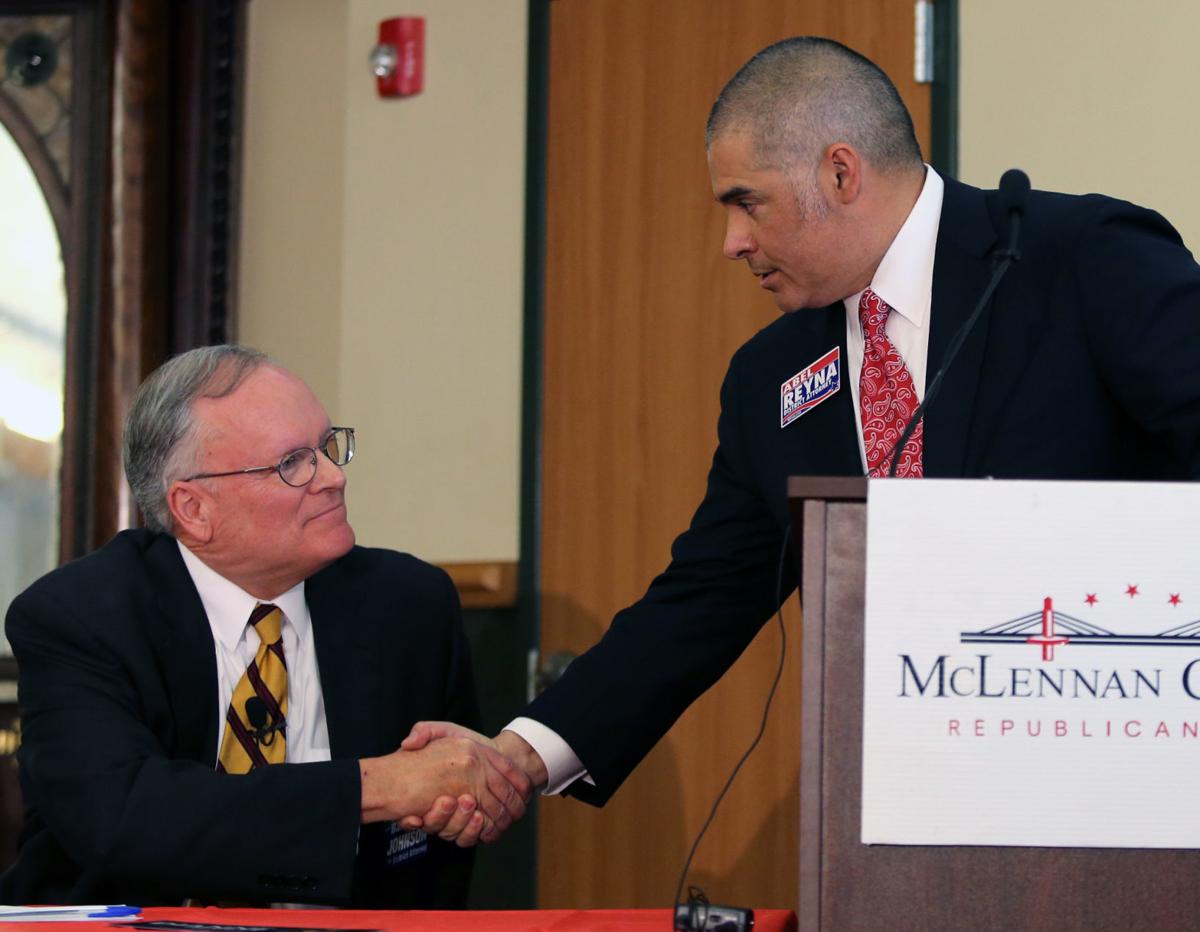 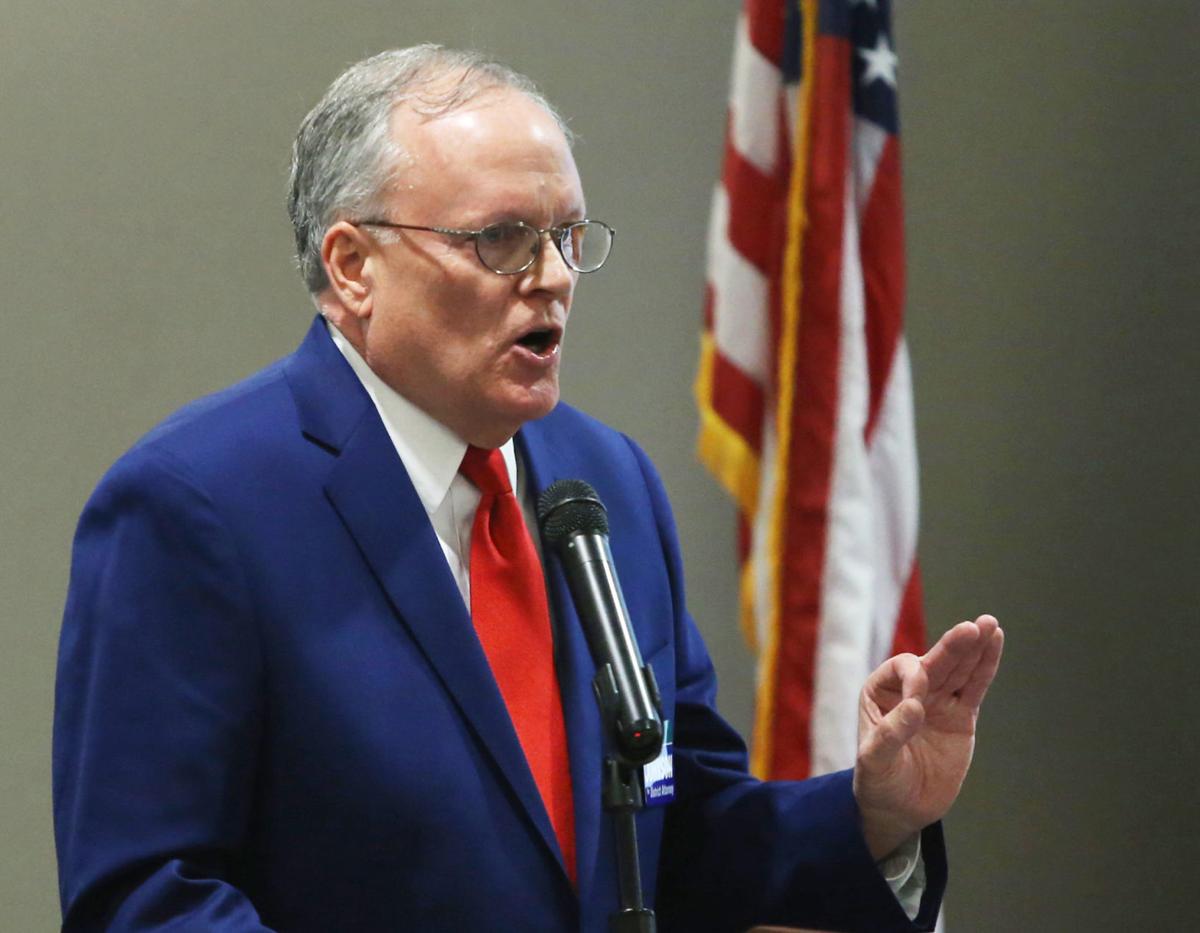 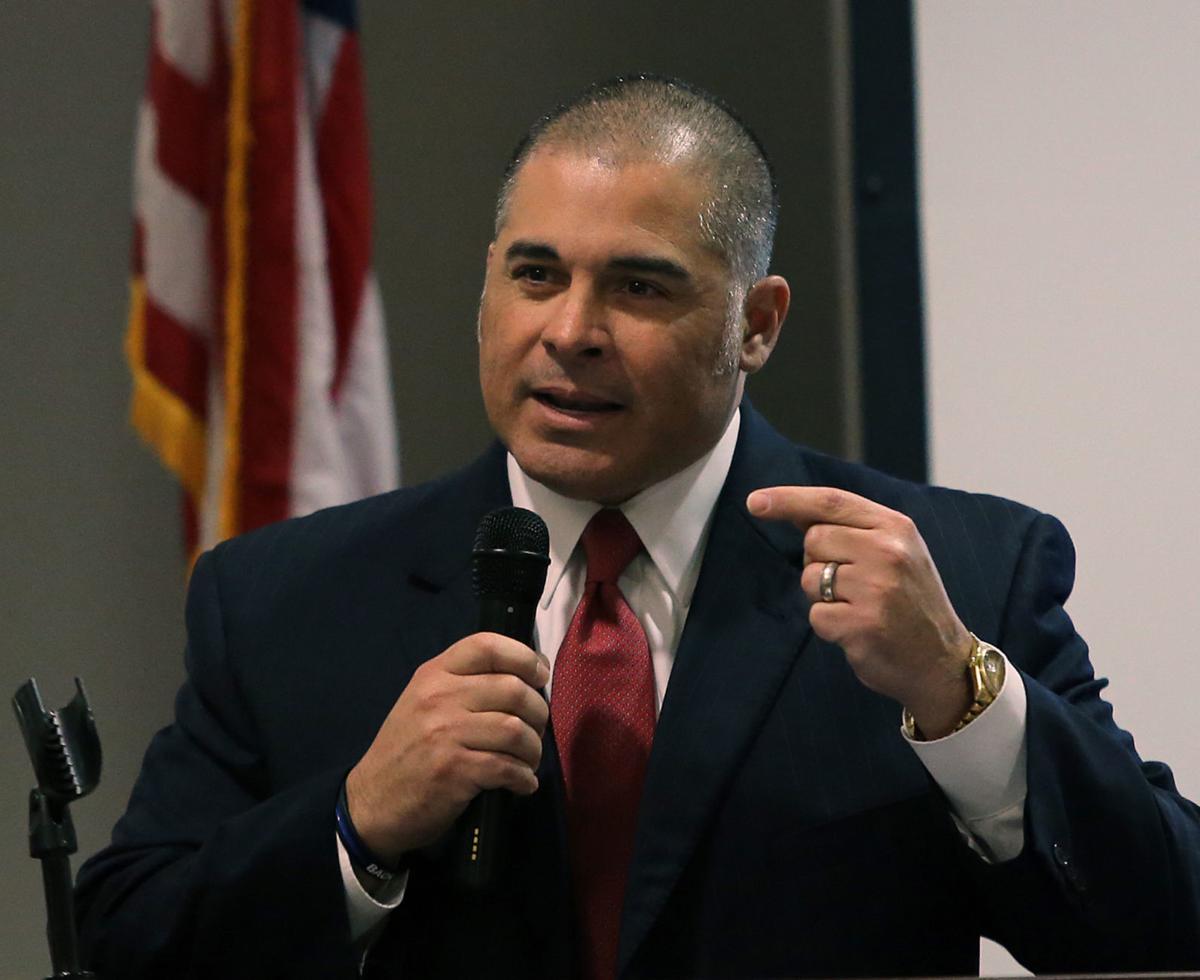 Abel Reyna and Barry Johnson both have deep roots in McLennan County.

Both men like to talk about their fathers and grandfathers.

Reyna’s father, Felipe Reyna, is a former McLennan County district attorney and a former justice on the 10th Court of Appeals. His grandfather was the janitor at the McLennan County Courthouse and was loved by county employees.

Johnson’s father, Joe N. Johnson, was a McLennan County justice of the peace for 24 years and was judge in 170th State District Court for 16 years. His grandfather owned and operated the first service station in Waco at South Fifth Street and Webster Avenue.

Reyna, 45, and Johnson, 61, are embroiled in a hotly contested Republican primary battle as Reyna seeks his third term as McLennan County district attorney. Reyna has declined to answer questions from the Tribune-Herald or return phone calls for the past five years and continued that informational blackout for this story.

Reyna, a former defense attorney, defeated 24-year incumbent John Segrest eight years ago and had no opponents on the ballot four years ago, beating back a last-minute write-in campaign from Robert Callahan.

Waco attorney Seth Sutton withdrew his name from the Democratic primary last week, and Daniel Hare, director of employee relations and engagement at the Baylor University Law School, will be on the November ballot for DA as an independent.

Johnson was a plaintiffs’ attorney in Dallas for 30 years and ran an unsuccessful campaign in 2016 for state district judge in Dallas County before moving back to Waco last year. In recent public forums, Reyna has criticized Johnson for living and working outside McLennan County and his lack of experience in criminal court.

Johnson has countered that his trial experience with complex civil actions and his management of a law firm that employed 30 people for 30 years gives him ample experience to be the next district attorney.

“I think that is my strength, to be able to work with people and to motivate people and to be an effective administrator,” Johnson said. “When elected, I look forward to talking to every one of the current employees in the district attorney’s office and sit down and listen to them and see what their concerns are. Hopefully, I will be able to keep most of them.”

While Johnson said he wants to set aside the negative aspects of the race and focus on his qualifications and experience in the final days before the March 6 primary, it is clear the colossal Twin Peaks case and the manner in which Reyna has handled the cases of 154 bikers indicted in the shootout has hung over the campaign like a murky haze.

Reyna has been bombarded with dozens of motions from defense attorneys representing Twin Peaks defendants, some of which came with affidavits from Reyna’s former first assistant, Greg Davis, who said he resigned over what he described as Reyna’s two-tiered system of justice and because he effectively dismissed cases for political gain.

McLennan County households received fliers supporting Reyna on Saturday that show a photo of Johnson shaking hands with Cossacks President John Wilson after putting up a campaign sign outside Wilson’s Legend Cycles shop. Wilson and his son remain under indictment in the Twin Peaks case.

All bikers present at the May 2015 Twin Peaks shootout who were affiliated with the rival Cossacks or Bandidos motorcycle groups were arrested that day.

Johnson called the photo a “red herring” and said he went to a Christmas Party at the Baylor Club with his campaign manager, Mary Ann Howard, who works with Wilson’s wife. He said he met Wilson at the party, and Wilson suggested he had a perfect place for a campaign sign at his cycle shop on Interstate 35.

“I didn’t know him or what group he was in,” Johnson said. “This whole thing is Reyna just trying to divert attention from his own ineptitude and the mess he has made by the way he mishandled the Twin Peaks case. I am all for prosecuting the bad guys, and any biker who shot and killed someone or are guilty of some other crime should have already been prosecuted by now.

“This is a sign of a desperate person who has been a failure as McLennan County district attorney. He is talking about all those people who ride motorcycles are bullies and murderers, yet a week and a half ago, he dismissed, according to him, the cases of 20 bullies and murderers. It doesn’t make any sense. It is just a desperate act by a man who has been an absolute failure and who is losing this race.”

Johnson is unaware of any bikers’ attorneys who have contributed to his campaign, but if they have, “it was minimal,” he said.

Twin Peaks defense attorneys continue to seek to disqualify Reyna on allegations that he thought he could benefit politically from the mass arrests of the Twin Peaks defendants, that he hijacked the initial investigation and usurped the authorities of veteran police officers and that he has a financial stake in seeing the cases prosecuted because of more than 100 pending civil rights lawsuits filed against him and others by bikers in an Austin federal court.

Last week, Reyna dismissed 13 Twin Peaks cases that had been pending almost three years, refused eight others that were not indicted and recused his office from two other bikers’ cases just hours before a hearing at which two bikers were seeking his disqualification from their cases. Reyna’s actions canceled the necessity for the hearing.

Reyna explained that he and his staff re-evaluated the Twin Peaks cases and dismissed some while the office refocuses on those with a higher degree of culpability.

However, Johnson and the attorneys charged that Reyna took the actions necessary to cancel the hearing because he didn’t want to be put under oath as a witness and he couldn’t afford for voters to hear what the other witnesses, including Davis, were going to say before the primary election.

According to court filings, a former Waco police detective was prepared to testify that two of Reyna’s close friends were implicated in an illegal gambling investigation the detective was looking into, and a Waco attorney was going to testify that one of her clients told an FBI agent investigating Reyna for corruption a few years ago that he delivered cocaine to Reyna.

Reyna has denied the allegations and has said he has never used drugs.

Reyna has said in Republican forums that crime is down since he took office and implemented stricter plea-bargain arrangements that he said are more in line with verdicts handed down by McLennan County juries.

Reyna told the Republican crowds that his office has won 110 life sentences, that it has returned millions of dollars to merchants through the hot check department and returned money to the county from unused funds in his budget.

“We are just not comfortable endorsing anybody right now,” said Waco police Detective Ken Reeves, Waco Police Association president. “Our biggest decision this year was, amid all the controversy, we just decided to sit it out. Right now, with Abel, all the allegations that are being made, it is hard right now to endorse anybody with those allegations out there. We don’t know what is true and what is not true. We hope they are not. But still, it is hard to endorse anybody with all of that going around. It’s not that we think Abel has done anything or we don’t like Barry Johnson. It’s just not the right time to endorse anybody right now.”

Applications for ballot by mail must be received by the close of business Friday. Applications can be sent to:

Sample ballots and more information are available at co.mclennan.tx.us/337/Elections.​

Barry Johnson, 61, an attorney who grew up in Waco and returned to his hometown from Dallas in March to care for his mother, is a Republican c…

McLennan County District Attorney Abel Reyna, 45, declined to respond to requests that he sit down with the Trib editorial board to answer questions about his tenure.