Cutting the hair of another astronaut on the International Space Station is one of the most stressful things U.S. Air Force Col. Terry Virts has ever done — even above spacewalking, flying F-16s, piloting a space shuttle and enduring multiple rounds of survival training around the world.

Virts, a NASA astronaut selected in 2000, had to do it twice for Italian European Space Agency astronaut Samantha Cristoforetti while on the space station between November 2014 and June 2015. He was afraid of messing it up.

What is it like to cut hair in space? A lot like cutting it on Earth — except it stands straight up, which made it easier for Virts to layer her hair. Meanwhile, Russian cosmonaut Anton Shkaplerov stood by with a spray bottle and a vacuum, keeping her hair wet during the cut and vacuuming up pieces of hair so they wouldn't fly around the station.

"Both times Samantha seemed to be happy with the results," Virts wrote in his new book, "How to Astronaut: An Insider's Guide to Leaving Planet Earth."

During his 16 years with NASA before retiring in 2016, Virts served as a space shuttle pilot for Endeavour in 2010 and the space station commander during Expedition 43. Prior to that, Virts was also an Air Force test pilot and fighter pilot.

The book, published in September, is filled with anecdotes about every aspect of training, launching, living and leaving space.

"This is the book I wish I had before I was an astronaut," Virts told CNN. "But all of the really cool, exciting and dangerous things — I would not have wanted to know them. You want to discover them for yourself. You don't want to know the ending."

He set out to write a guide, rather than a memoir, as "a way to bring space to people and make something positive — 80% fun and happy, 20% angry and sad."

Virts shares the good, the bad and the ugly about the realities of being an astronaut, including details about uncomfortable spacesuits, the truth about going to the bathroom in space and what the glorious views of Earth and space are really like.

"The ride into orbit is the most exciting, utterly intoxicating eight and a half minutes you can imagine," Virts wrote.

During his time on the station, Virts also conducted three spacewalks. "What I saw changed my perspective on life," Virts wrote. "For a few glorious seconds, it was just me and the universe."

Virts described his seven months on the space station as 99% work and 1% of life-altering moments like he had during the spacewalk.

A common question Virts is asked during public speaking engagements is what it feels like to be in space — and the answer is falling. Astronauts quickly learn that flailing on the space station is a bad idea — and a good way to get hurt. Instead, they have to move slowly and deliberately as they grow accustomed to floating.

Even putting clothes on is really complicated in zero gravity, Virts told CNN. It usually takes a while for "rookie astronauts" to get the hang of it, and before they do, they have a few painful episodes of bouncing off the walls and ceiling of the station.

"Everything is harder in space, except for pull-ups," Virts said.

But astronauts have a wealth of incredible experiences, too.

Virts had the unique opportunity to film the IMAX movie "A Beautiful Planet" during his time on the station. He trained with the equipment on the ground a year before launching and worked with director Toni Myers and director of photography James Neihouse before and during the flight.

The documentary captures what life is like on the station for the astronauts as well as the stunning views they glimpse of Earth from the cupola, a grouping of seven windows on the space station that provide a panoramic view. It inspired a love for photography and documentary filmmaking in Virts, and he still views it as the most important work he did while on the station.

Virts and his crew experienced some unusual circumstances during their time in space.

One day during their stay, the space station alarm went off, signaling an ammonia leak.

Ammonia inside the US segment would make it uninhabitable and create a toxic environment.

The crew huddled together during the tense time, wondering if it would be the end of the space station because ammonia is so difficult to scrub from the atmosphere.

Luckily, it turned out to be a false alarm and the crew was able to safely return to the US segment. But it was a reminder to Virts and the rest of the crew that space can be incredibly unforgiving.

The crew also had their stay on the space station extended by a month and had to go without some supplies when multiple cargo resupply ships exploded before reaching the space station. But the crew was conservative with their supplies and maintained a positive attitude.

Perhaps the darkest time in Virts' life as an astronaut came during the space shuttle Columbia tragedy in February 2003. He was an official family escort for the families of the Columbia crew at Kennedy Space Center when the shuttle was due to land. And he was with the family members when the news broke that Columbia had disintegrated upon reentering the atmosphere and all seven crew members were lost.

He said the Columbia crew was special, "genuinely decent and remarkable humans, the kind of people I wanted to grow up to be like. It was an honor to serve them and a tragedy to lose them."

Life in space vs. Earth

Virts' book includes a special chapter on isolation, which he wrote during the early days of the pandemic in March. He compares the advantages of life in space and life on Earth and shares the lessons he learned as an astronaut that make isolation a bit more bearable.

"This won't go on forever," Virts said. "Keep that in mind; your mental state and willpower is so much more important than anything else."

Much like when Virts' crew thought they would be stuck on the space station indefinitely, attitude is everything. Instead of worrying about when he would return to Earth, Virts filled his time by exploring his passion for photography and captured beautiful views of Earth.

Be creative, exercise and avoid the extremes of isolation or constant contact, he said. And even if things seem grim now, don't project negativity on the future.

"Don't tell yourself no," Virts said. "As a kid, I wanted to be an astronaut and everyone told me no. If there is something you want to do, you've gotta go for it."

Virts is currently working on more writing and documentary projects.

But this first book was special for Virts; he wanted to preserve his memories of spaceflight for his children and the future.

"It brought me back to space," he said. "I could close my eyes and I was floating on the space station again."

RELATED: Celebrating the Hubble telescope with 30 years of photos from space

The first private space station crew was introduced Tuesday: Three men who are each paying $55 million apiece to fly on a SpaceX rocket to the International Space Station.

We are all better after a decent night's sleep — and insects are no different.

Researchers have found that butterflies "clap" their wings together, and their wings are perfectly evolved for better propulsion.

Experts have uncovered the remains of a gigantic dinosaur in Argentina and believe it could be one of the largest creatures to have ever walked the Earth.

What is a margin of error? This statistical tool can help you understand vaccine trials and political polling

Whether you are predicting the outcome of an election or studying how effective a new drug is, there will always be some uncertainty. A margin of error is how statisticians measure that uncertainty.

There may be fewer galaxies in the universe than we thought

The universe may be a little darker after a recent discovery has shown that there could be fewer galaxies populating it. 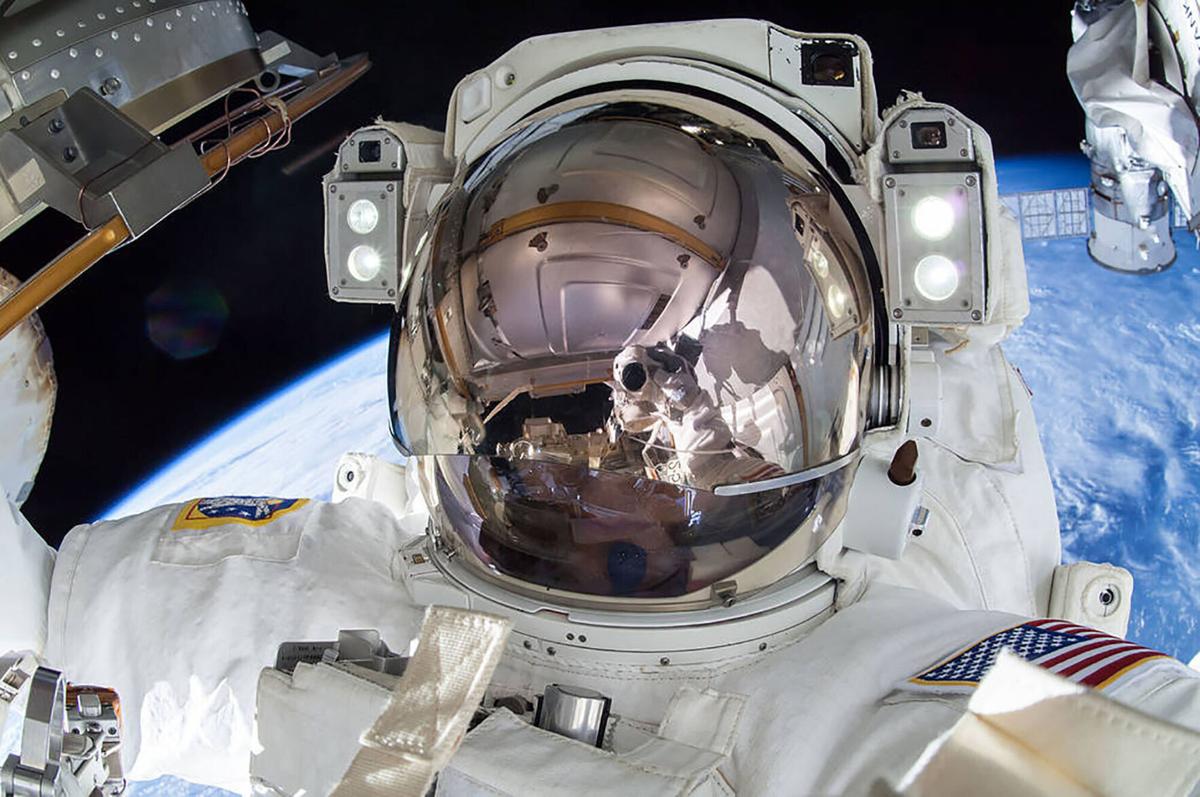 Virts is pictured during one of his three spacewalks. 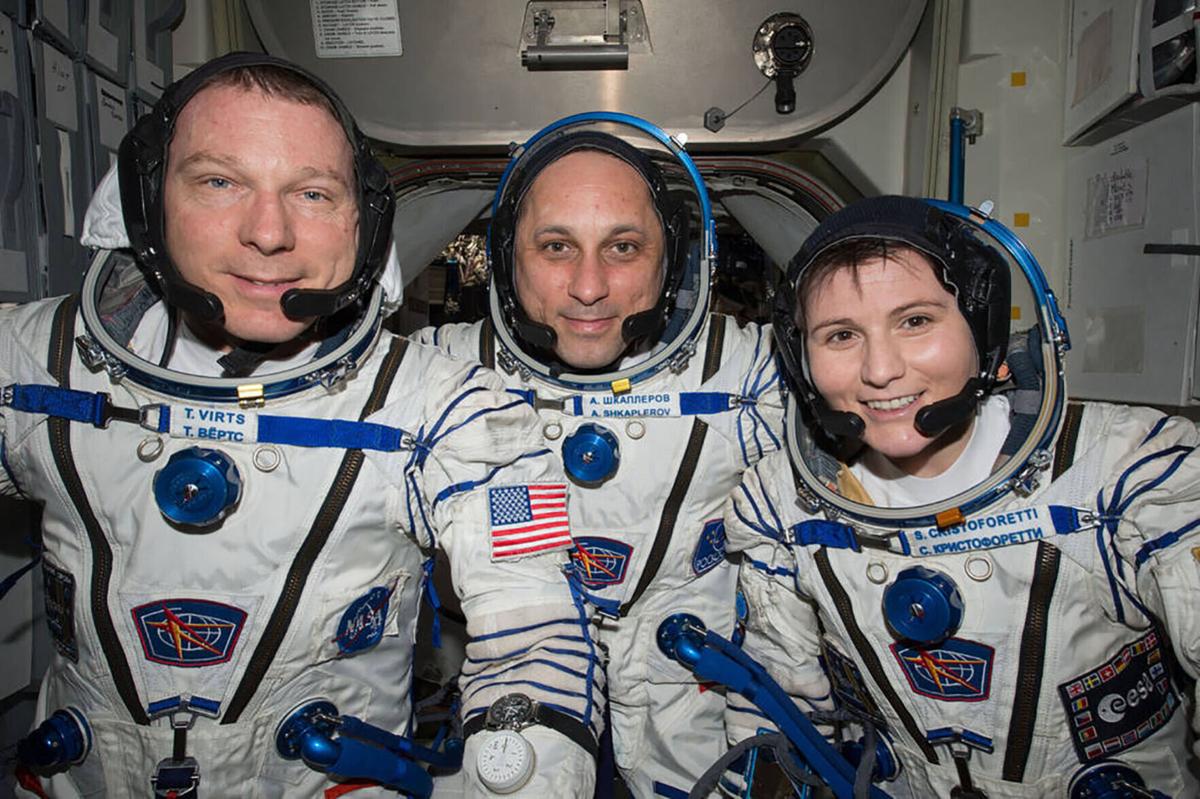 (From left) astronaut Terry Virts, commander of Expedition 43, is seen on the International Space Station along with crewmates Russian cosmonaut Anton Shkaplerov and European Space Agency astronaut Samantha Cristoforetti on May 6, 2015. 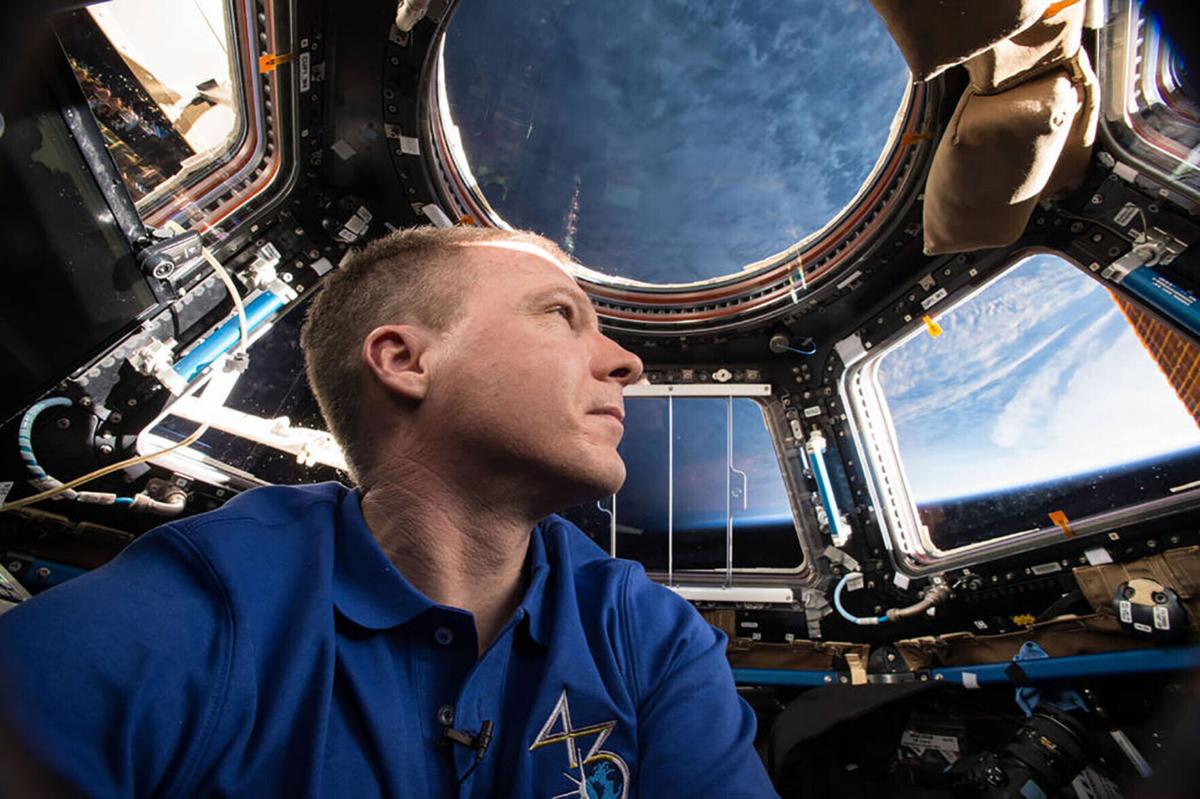 Virts is shown inside the space station's cupola.