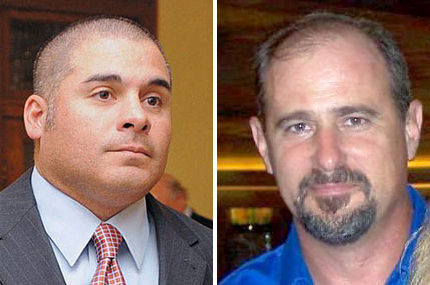 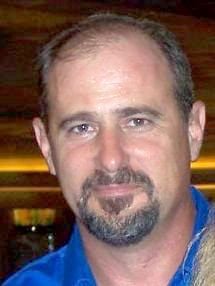 The Texas Attorney General’s Office notified McLennan County District Attorney Abel Reyna this month that his office violated the Texas Public Information Act when it failed to provide text messages related to the DA’s response to the May 17 Twin Peaks shootout.

A former sheriff’s deputy says Reyna’s office has violated the act at least three times on requests he has filed.

In a letter dated Oct. 13, Assistant Attorney General Lance Kutnick informs Reyna that his office violated the act and that he has four days to “cure” the violation.

Randall Scott Gates, a retired law enforcement officer and self-styled “minister of irritance (sic),” said the DA’s office finally gave him a portion of the information he was seeking, but not until after two attorney general’s opinions, a complaint and a ruling that the office violated the Texas Public Information Act.

Kutnick said in a letter that the violation was a civil one that the AG would not pursue. Gates said a violation of the Public Information Act also carries class B misdemeanor criminal penalties, but he is at a loss about how to proceed.

Reyna did not return phone and text messages seeking comment for this story. His first assistant, Michael Jarrett, deferred comment to Reyna.

The controversy started at the end of May, two weeks after the May 17 incident at Twin Peaks in which nine bikers were killed, 20 were wounded and 177 were placed in jail under $1 million bonds.

Houston attorney Paul Looney issued a press release claiming that the jailed bikers had been told that in exchange for bond reductions, they had to sign away their rights to sue McLennan County and the city of Waco for wrongful incarceration.

“This latest information was reported to an attorney representing at least one of the detainees. It appears the public defenders office in McLennan County is involved in this scurrilous activity,” Looney wrote, apparently unaware there is no public defenders office in McLennan County. “I’ve never seen anything like the lawlessness that the authorities have perpetrated on these people and now to add insult to injury they are trying to cover their own tracks in exchange for bond.”

Looney’s law partner, Clay Conrad, joined in, saying, “They know these people aren’t dangerous or they wouldn’t be offering the bond reductions and they know the police and the DA’s office have violated the law and now they are trying to hold people hostage until they agree to waive their rights. It’s unconscionable.”

Looney backtracked the next day, issuing another press release that said the DA was not involved in any attempts to get the bikers to waive their rights to sue. He said the reported waiver was “orchestrated” by a Waco attorney and called her behavior “bizarre, unprofessional, unethical and unappreciated.”

While the minor flap quickly was debunked and discredited, Gates, who said he has filed more than 300 Public Information Act requests since 2006, did not let it go.

He filed an open records request with Reyna’s office for text messages between Jarrett and the attorney who was chided by Looney.

The DA’s office sought an opinion from the AG about whether Jarrett’s phone text messages were exempt from the Public Information Act. The AG said they were not.

Gates waited for his request. Nothing came. He filed a complaint and he got a few screen shots from Jarrett’s phone after the AG said the DA’s office was in violation of the law.

Gates still wonders if he was provided all the material he was seeking.

“After four months of public information requests and two opinions by the AG’s office, I still don’t know the answer to that question,” Gates said. “The AG ordered them to release the information, but what they sent doesn’t make any sense. I didn’t get the complete conversation.”

Gates said it’s at least the third time in the past few years that the AG determined the district attorney’s office violated the Public Information Act based on his requests.

Gates, who is certified as a master peace officer, spent 23 years in law enforcement, working 10 years with the McLennan County Sheriff’s Office, seven years with the Connally schools police department and two years with the DA’s office as an investigator.

He calls himself the “minister of irritance (sic)” for a reason — he has dedicated the past decade to being a burr under the saddle of McLennan County’s elected and appointed officials.

People cringe when they see him walking into their offices. He comes bearing open records requests, many times carrying a video camera to capture their levels of cooperation and professionalism.

He even attended a two-day seminar in Austin this year to learn more about the Public Information Act.

Pete Peterson and Dianne Hensley, Precinct 1 justices of the peace, have signs on their courthouse office doors that read, “No cameras or recording devices allowed.” Those signs are directed at Gates.

Gates launched his thorny mission in 2006 after he was elected justice of the peace in Moody but lost the job when county commissioners redistricted and eliminated the office. It made him angry.

Gates is a regular at county commissioners’ meetings and routinely addresses them during the public comment portion of the meetings.

“I look them in the eye and ask them questions, and normally, it’s a question they don’t want asked,” Gates said. “I have a myopic focus on county government. I can’t do anything other than that, because that is a full-time job.”

The deputies left without arresting Chambers, and Gates came back later to retrieve the information he was seeking. But Chambers was not amused.

“We resolved it,” Chambers said. “There was no need for him to call two deputies off their duties of patrolling and keeping the peace for something like that. He called the sheriff’s office and said there was a public official in the act of official misconduct. We have always cooperated with him as quickly as we could. I felt like it was uncalled for.”

A Houston attorney’s media release alleging that jailed bikers were being forced to waive their rights to sue the city and county is false, bu…

Most of 177 Twin Peaks bikers no longer wearing ankle monitors

Of the 177 bikers jailed after the May 17 Twin Peaks shootout, none remain in McLennan County jails and 135 of those were fitted with GPS ankl…

While the Twin Peaks incident contributed, one commissioner says the increase is really a reflection of the county’s growth.

The Twin Peaks restaurant in Harker Heights closed Monday, the latest victim from the avalanche of tragedy and controversy spawned by the May …

Twin Peaks building, site of deadly shootout, up for sale

The now-infamous Twin Peaks building at Central Texas Marketplace, the scene of a bloody shootout May 17 involving rival motorcycle gangs and …

A visiting judge ruled Monday that authorities had sufficient probable cause to arrest a pistol-packing chaplain for the Bandidos motorcycle group.

In an opinion released Thursday, Justice Rex Davis of the 10th Court of Appeals declared that officials had sufficient probable cause to arres…

UPDATE: Two examining trials set for Wednesday related to the Twin Peaks shootout have been canceled.

As it happened: 1st examining trial for bikers arrested at Twin Peaks

Live from the courtrooom, Tribune-Herald courts reporter Tommy Witherspoon covered the examining trial of Brenham residents William English, 34, and his wife, Morgan J. English, 31. The judge ruled that authorities had sufficient probable cause to arrest the pair.

Biker rally at courthouse draws about 100

This is a condensed version of security camera footage from the parking lot outside Don Carlos Mexican Restaurant before, during and after the…

FORT WORTH  — A biker arrested after a deadly shootout involving bikers and police in Waco, Texas, says it is a conflict of interest for a pol…

FORT WORTH — The family of a biker slain in a shootout outside a Waco restaurant is suing the restaurant's parent company for negligence, acco…

Two days after a state district judge extended the term of a McLennan County grand jury to consider the Twin Peaks shootout case, he changed h…

McLennan County wants to target “intentionally abusive” open records requests, but the move could have a chilling effect.