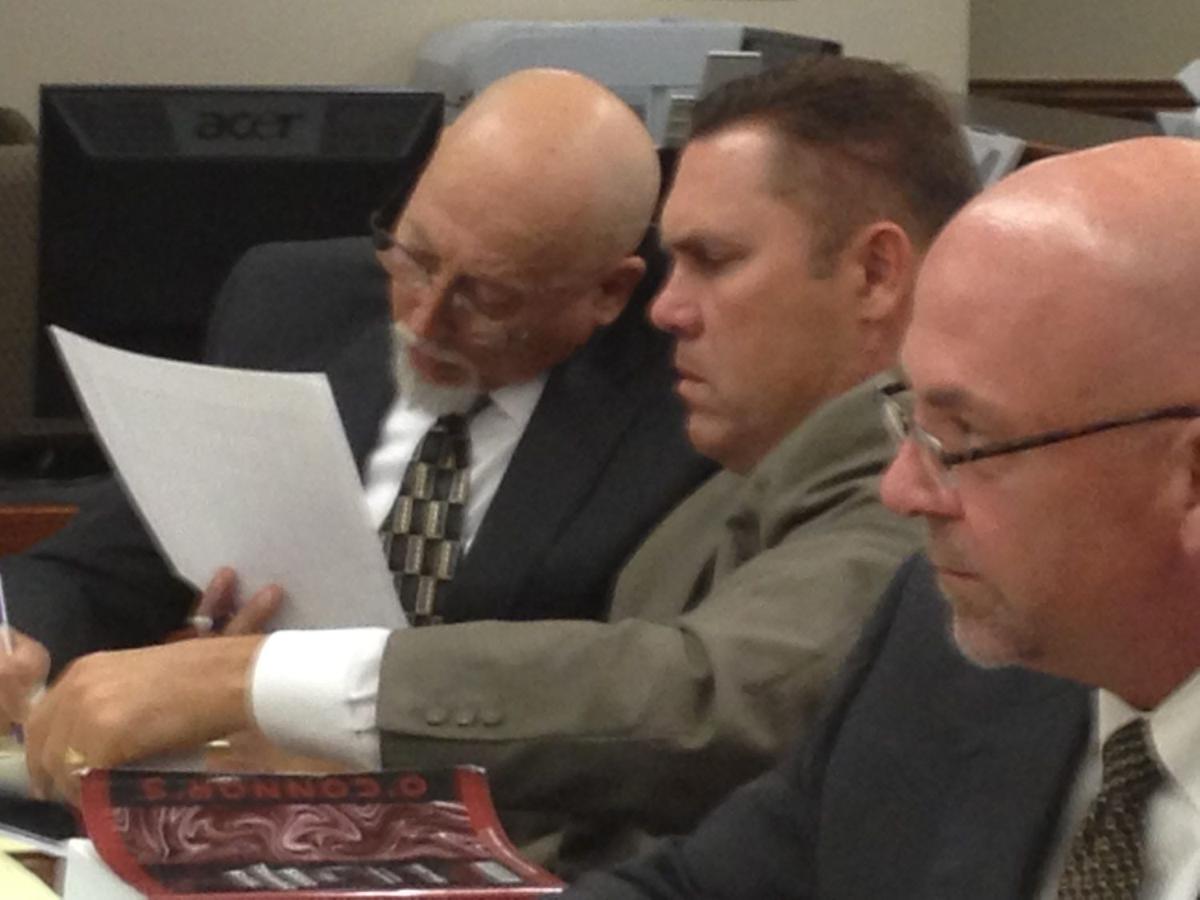 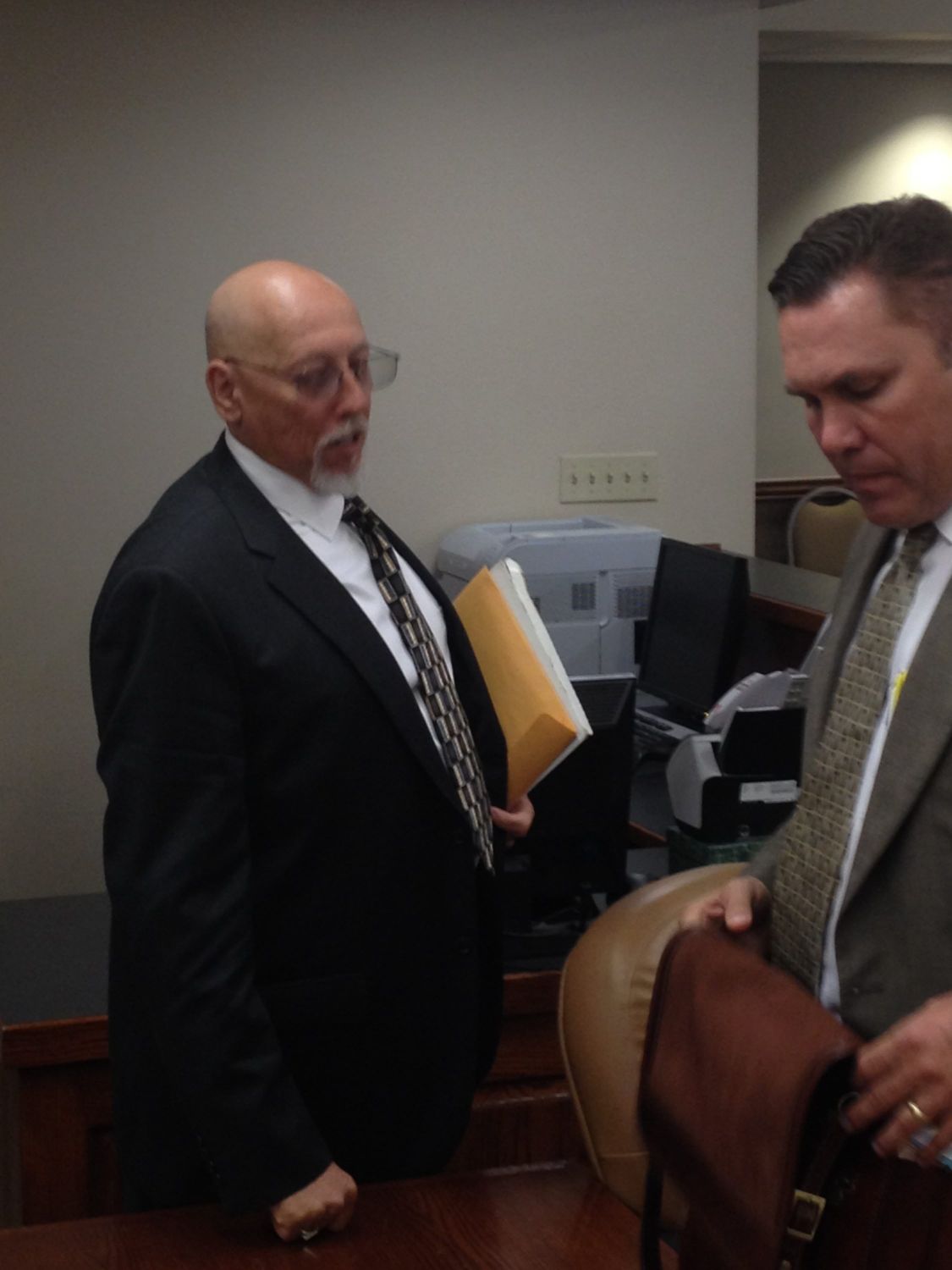 A visiting judge ruled Monday that authorities had sufficient probable cause to arrest a pistol-packing chaplain for the Bandidos motorcycle group.

Lawrence Yager, a 65-year-old minister from Buda who said he is chaplain for the Bandidos and two veterans groups, at his Monday examining trial challenged the authority under which he was arrested after the May 17 Twin Peaks shootout.

Visiting Judge James Morgan heard testimony from two officers for about 45 minutes before ruling that there is sufficient evidence to bind Yager over for grand jury consideration of the engaging in organized criminal activity charges.

Seven more examining trials set for later this week for bikers arrested after the May 17 Twin Peaks melee were canceled Monday.

There are two examining trials still set for Friday, with Morgan set to preside over them.

Morgan’s ruling mirrored one he made last week in the cases of husband-and-wife bikers Morgan and William English, of Brenham.

Yager’s attorney, Landon Northcutt, of Stephenville, argued after the testimonies of Department of Public Safety Lt. Steven Schwartz and Waco police Detective Sam Key that neither officer could offer evidence that Yager conspired to commit murder, assault or any crime that day.

Yager was not wearing his cuts or colors that day and serves as chaplain for the Bandidos, a VFW post and the Texas Association of Vietnam Vets, Northcutt said.

“He was wearing a Christian T-shirt. He was there to minister to people who need him. That is what he does. He is retired. That is all he does,” Northcutt told the judge.

Key testified that officers found numerous handguns, rifles and shotguns in the Toyota Avalon that Yager drove to Waco that morning.

Officers also found that Yager was carrying a .44-caliber revolver and a .45-caliber semiautomatic pistol on his belt when he was detained.

He told officers he carries the large-caliber revolver in case the other gun jams on him, Key said.

Under cross-examination from Northcutt, Key said Yager was carrying all of the weapons legally, adding the Vietnam veteran has a concealed handgun license.

Yager told officers he was carrying so many weapons in his car because his home is being remodeled and he didn’t want them to be stolen.

Schwartz testified that a large group of officers was on hand that day because of what he described as the escalating violence between the Bandidos and Cossacks. Authorities knew tensions were high between the two groups and they had hoped a police presence would deter such a violent incident, he said.

After the shootout, in which nine were killed and 20 were wounded, Schwartz said the restaurant and surrounding area were littered with weapons.

“It was like a tornado went through a gun and knife store,” Schwartz said.

In an opinion released Thursday, Justice Rex Davis of the 10th Court of Appeals declared that officials had sufficient probable cause to arres…

UPDATE: Two examining trials set for Wednesday related to the Twin Peaks shootout have been canceled.

As it happened: 1st examining trial for bikers arrested at Twin Peaks

Live from the courtrooom, Tribune-Herald courts reporter Tommy Witherspoon covered the examining trial of Brenham residents William English, 34, and his wife, Morgan J. English, 31. The judge ruled that authorities had sufficient probable cause to arrest the pair.

Biker rally at courthouse draws about 100

This is a condensed version of security camera footage from the parking lot outside Don Carlos Mexican Restaurant before, during and after the…

FORT WORTH  — A biker arrested after a deadly shootout involving bikers and police in Waco, Texas, says it is a conflict of interest for a pol…

The Twin Peaks restaurant in Harker Heights closed Monday, the latest victim from the avalanche of tragedy and controversy spawned by the May …

Most of 177 Twin Peaks bikers no longer wearing ankle monitors

Of the 177 bikers jailed after the May 17 Twin Peaks shootout, none remain in McLennan County jails and 135 of those were fitted with GPS ankl…