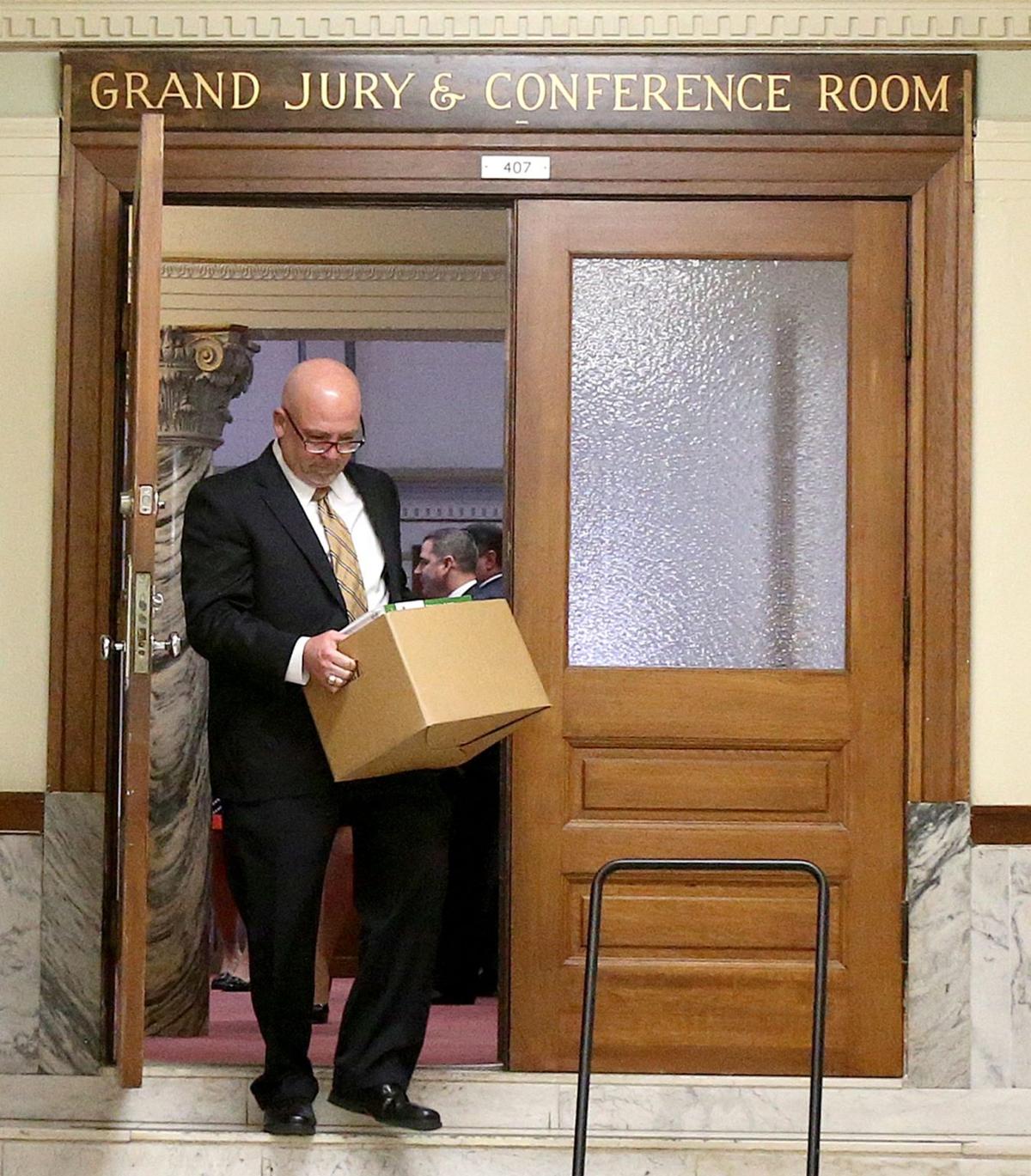 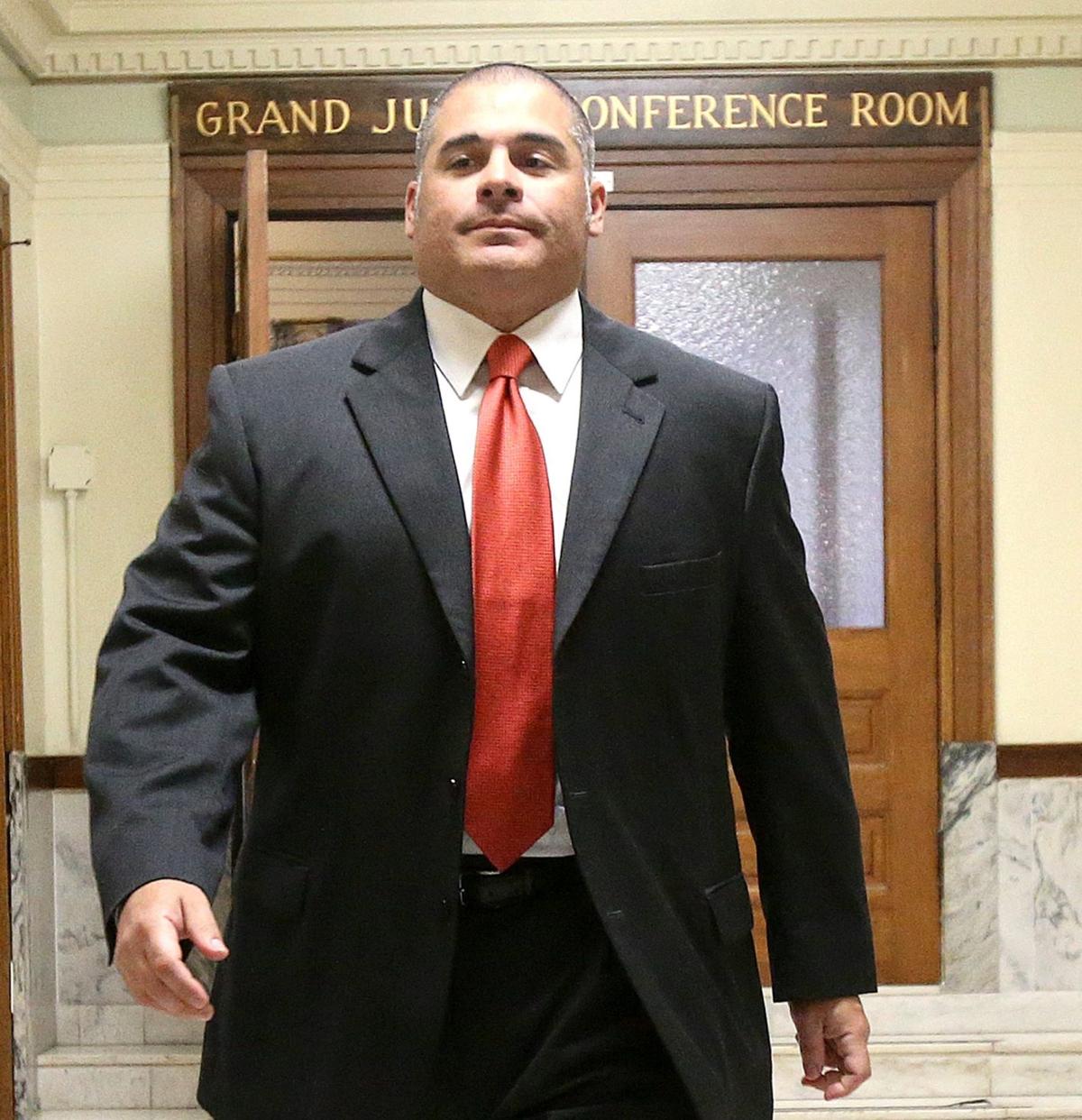 Courthouse records show that 48 indictments were returned on first-degree charges of engaging in organized criminal activity, and a source said six of the 48 were sealed, meaning the people indicted have not yet been arrested. Including the 48 indictments Wednesday, 154 people have now been indicted in connection to the deadly shootout.

While McLennan County District Attorney Abel Reyna released a statement Wednesday afternoon about the grand jury’s actions, he refused to speak to the Tribune-Herald about the new biker cases.

“From this point, these cases will be assigned to a court, and an arraignment date will be set for each case. This is an ongoing investigation and will continue,” Reyna’s statement read.

The same grand jury returned 106 indictments in November that charged bikers who were at Twin Peaks that day with engaging in organized criminal activity. The grand jury’s term was extended by 90 days in December to continue reviewing the Twin Peaks cases.

The grand jury’s term expires at the end of March, and no new date was set Wednesday for it to return.

Police arrested 177 bikers after the Twin Peaks melee. It was unclear Wednesday whether Reyna’s office will pursue charges against those bikers who were arrested but are yet to be indicted.

There were no no-bills — or cases a grand jury declines to indict — reported to the district clerk’s office after Wednesday’s grand jury session.

Nine bikers were killed and more than two dozen were wounded during the shootout.

Engaging in organized criminal activity is a first-degree felony punishable by a minimum of 15 years in prison and up to life.

Dallas attorney Don Tittle said Wednesday's indictments appeared to center on bikers who weren't members of the two major clubs present — the Bandidos and the Cossacks — but rather part of smaller "support clubs." Dozens of Bandidos and Cossacks have already been indicted.

Tittle is representing about 15 bikers who have filed or plan to file civil lawsuits against Waco authorities for wrongful prosecution.

"There were people that were tragically killed, and there is no doubt there's some individuals that should be charged with criminal offenses," Tittle said. "But the overwhelming majority of the people there that day were nothing more than present at the time that the incident occurred."

At trial, prosecutors will likely have to prove that at least one person from each motorcycle club committed a criminal act in order to prove others from that same club were part of a conspiracy, said Sandra Guerra Thompson, a law professor at the University of Houston.

"It's less direct culpability that you have to prove," Thompson said. "For the person who didn't use a weapon and who didn't commit a killing, all they have to prove is that they're a member of a street gang. This is pretty standard law in the states and the federal government."

Investigators have offered few details publicly about what sparked the fight or how the gunfire played out. Police have cited a gag order in the criminal case of one of the bikers. Media groups including The Associated Press have fought the order, contending it is overly broad and unconstitutional.

Much of the narrative about the shooting has come from evidence obtained by the AP. Ballistics reports show four of the nine people killed were struck by the same caliber of rifle fired by Waco police. Officers only used .223-caliber rifles that day, though it's not clear if any bikers also did. Police and the district attorney's office have defended the officers' use of force, claiming that bikers had also opened fire on authorities.

Even if police officers fired the ultimately fatal shots, prosecutors could still convict bikers in the deaths if they can prove the bikers were part of the criminal conspiracy and police were only responding to an already violent scene, Thompson said.

County leaders hope to receive about $270,000 from the state to cover some costs associated with the deadly May 17 Twin Peaks shootout in Waco.

The first of six bikers who were named in sealed indictments last week remains in the McLennan County Jail after he was taken into custody Tuesday.

Another of the six bikers who were charged in sealed indictments last week for their alleged involvement in the Twin Peaks shootout was taken into custody Thursday on charges of engaging in criminal activity.

The last of six bikers charged in sealed indictments last month for their alleged involvement in the Twin Peaks shootout was booked into the McLennan County Jail on Monday morning.