NBA Finals: Scores and updates as the Heat vs. Lakers tip off

Jeneva Kattner April 25, 1930 - Aug. 1, 2020 Jeneva H. Kattner passed away Saturday, August 1, 2020. Services will be 2 p.m., Tuesday, August 4, at Waco Memorial Park Mausoleum Chapel with Pat Cummings officiating. Visitation will be come and go from 4 p.m. to 6 p.m., Monday, August 3, at Bellmead Funeral Home. Jeneva was born April 25, 1930, in Mexia, Texas, to Loyd and Dollie (Seaton) Howe. She married James E. "J.E." Kattner on October 15, 1946, in Moody, Texas. He preceded her in death on September 13, 1999. She worked in quality control at Levi Strauss for several years and was a member of Robinson Drive United Methodist Church. She enjoyed cooking for her church family, dancing and drinking coffee with her friends. She was also preceded in death by her parents; six siblings; and two sons, Samuel Kattner and Keith Kattner. Survivors include her son, Randy Kattner; daughter-in-law, Cindy Kattner Holton; grandchildren, Linc Kattner and his wife, Kristi, Brice Kattner and his wife, Stephanie, Jennifer Kattner and Kyle Kattner and his wife, Laura; six great-grandchildren; several nieces and nephews; and a special friend and coffee drinking buddy, Darlene Fuller. Honorary pallbearers will be, Kyle, Linc and Brice Kattner, Jay Howe and Kevin and Marzie Hughlett. In lieu of flowers memorials may be made to the charity of your choice. Please sign the online guest book at www.bellmeadfuneralhome.com 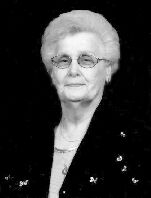