Edwin George Poehl, age 96, of Waco, went to be with the Lord on Saturday, March 7, 2020, at St. Catherine's Center. As a part of the fast diminishing Greatest Generation, he loved the Lord, his family, and served the community, and with great pride, the U.S. Navy, during WWII.

Born February 22, 1924, in Caldwell, Texas, to Gus and Helen Poehl, Ed lived in the rural community of Deanville until he graduated from Caldwell High School in 1941. When his nation needed him, Ed enlisted in the U.S. Navy on October 6, 1942. After graduating from torpedo school in San Diego, he was assigned to the USS Skipjack, SS184 at Pearl Harbor in July 1943. He was honorably discharged on October 4, 1945, in New London, Connecticut, as a Torpedoman First Class.

Ed met Clara Kocurek while attending high school. They married on July 9, 1945. The couple moved to Houston in 1946 where Ed went into the car business. In 1952, Ed, Clara, and family moved to Waco. Shortly after, Ed opened Lone Star Motors on Franklin Avenue, the week the tornado of 1953 hit. Ed and son, Keith, opened Cen-Tex Motor Company in 1982, also on Franklin Ave. After 60 years in the automobile business, Ed retired in 2007.

Ed and Clara would often share their memories and happy times about fishing on Lake Somerville, and camping and fishing at Stone Cellar in Colorado. They shared their love of the Lord as life long Lutherans and as members of St Matthew Lutheran Church. After 72 years of marriage, Clara passed away in December 2017 while living at St Catherine's Center. Ed lived his remaining years at St Catherine's Center.

Services will be held at 1 p.m., Monday, March 16, at St. Matthew Lutheran Church, 800 N. New Road, with the Rev. Kelsey Fitting-Snyder officiating. Burial will follow at Oakwood Cemetery. Family will greet visitors from 11:30 a.m. to 12:30 p.m., and a luncheon will be served.

Ed was preceded in death by his parents and his daughter, Terri Poehl Leskoven. He is survived by his daughter, Barbara Johnson and husband, Rodger; son, Keith Poehl and wife, Dinka; son-in-law, Les Leskoven and wife, Karen; eight grandchildren and 16 great-grandchildren.

In lieu of flowers, memorials are requested to St. Matthew Lutheran Church or the charity of your choice. 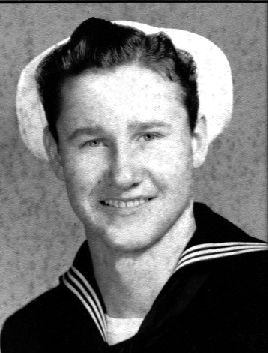