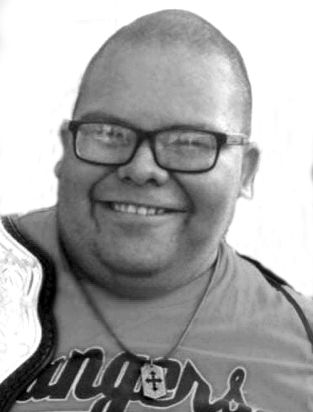 Anthony Cruz Rojas, 25, of Dallas, passed away Monday, March 16, 2020. A private rosary will be held at Lake Shore Funeral Home followed by a private graveside at Oakwood cemetery. A celebration of Anthony's life will be held at a later date.

Anthony was born May 30, 1994, in Irving, Texas. Anthony was a member of St. Augustine Catholic Church where he served as an alter server. He was a very happy person whose smile was electric and love was pure. If you knew Anthony, he was your friend for life. He enjoyed watching the Texas Rangers and his Conrad High School softball team. Anthony had dreams of becoming a wrestler; it was his lifeline. "Don't chase the money, chase the dream."

He was preceded in death by his sister, Micaela Rojas; grandparents, Seferino Vasquez, Benito Rojas, Sr. and Visenta Rojas.

To plant a tree in memory of Anthony Rojas as a living tribute, please visit Tribute Store.
+1
Plant a tree
+1

A roll call of notable people who have died in 2019:

A former president and first lady. The Queen of Soul. A world-famous chef. A crusading pastor. A war hero turned statesman. A roll call of more than 100 notable people who died in 2018:

Funeral homes often submit obituaries as a service to the families they are assisting. However, we will be happy to accept obituaries from family members pending proper verification of the death.

Offer a personal message of sympathy...

You'll find individual Guest Books on the page with each obituary notice. By sharing a fond memory or writing a kind tribute, you will be providing a comforting keepsake to those in mourning. From a Guest Book, you may log in with your user account to leave a message. If you have an existing account with this site, you may log in with that. Otherwise, it's simple to create a new one by clicking on the Create "Sign up" button and following the simple steps on the Sign Up page.