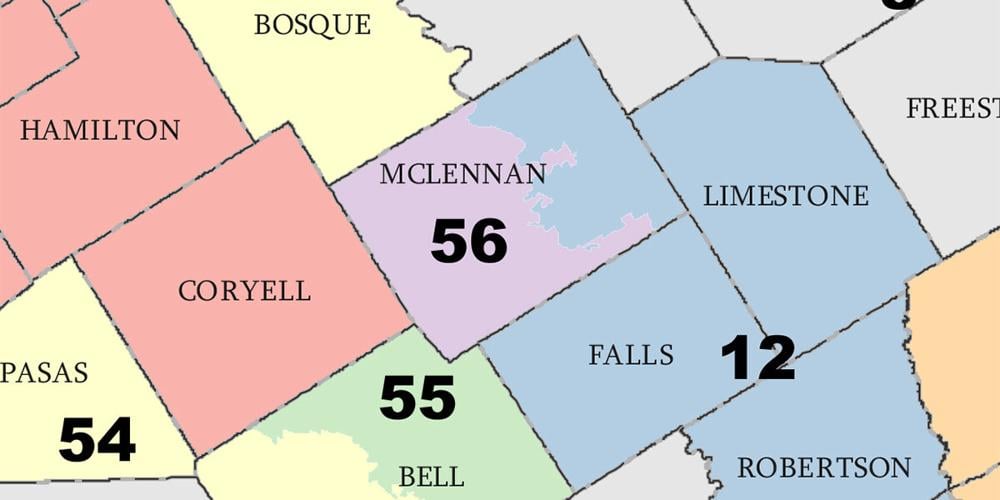 While much of Waco and western McLennan County currently falls into Texas House District 56, East Waco and portions of North and South Waco are in the more rural District 12, which stretches east and south to Brazos County. 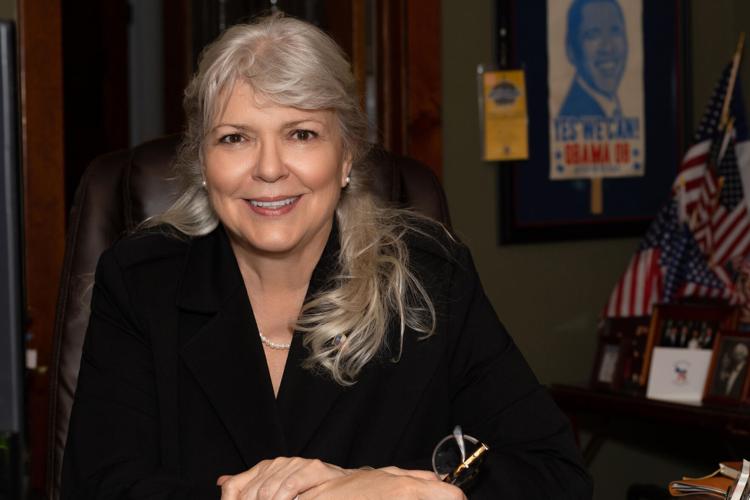 Erin Shank is running as a Democrat for the District 56 seat.

Waco is truly a magical city. I have loved it since we first decided to move to Central Texas over 26 years ago. Waco is experiencing tremendous revitalization, growth and expansion. Baylor University is growing in prominence on a national basis in both academia and athletics. Downtown Waco has been graced with the Silo District, which is bringing tourism and tourist dollars to Waco. East Waco is also experiencing tremendous revitalization with quaint restaurants, new hotels and other businesses coming to life where boarded up buildings previously lined Elm Avenue.

But Waco is literally divided racially in its representation before the Texas House of Representatives. The beautiful Brazos River runs through the heart of downtown Waco. East Waco, a historically Black and historically economically challenged portion of Waco, sits on one side of the Brazos River. Residents of East Waco could literally walk to Baylor University from their homes and businesses. Those residents could also walk across the Suspension Bridge over the Brazos River and right into the office of the representative who represents most of Waco in District 56 of the Texas House of Representatives.

Therefore, I respectfully request, and strongly urge, the Texas Legislature, to stop dividing our beautiful community and let Waco and East Waco, strong communities of interest, be represented by the same representative in the Texas House. The portion of Waco that is currently drawn into House District 12 (East Waco) should be joined with House District 56 (Waco).

Erin Shank is a local bankruptcy attorney. She and her husband, John, were honored in 2019 by Waco’s Historic Landmark Preservation Commission for adaptive reuse of an Austin Avenue home.

Back in 2015, I interviewed presidential hopeful and former Arkansas Gov. Mike Huckabee for C-SPAN’s “Book TV.” His newest book at the time, “…

Why is gender therapy for children such a difficult topic? | The Ethical Life podcast

🎧 How to think about acceptance and treatment when discussing gender-affirming care  for kids.

LETTERS: Apartment inspections will only drive up rents in Waco

The release of “Top Gun: Maverick” made me nostalgic for the Ronald Reagan era, a period of industrial and military strength that led to the r…

Harry Harelik: What would dad think about today's twisted logic?

There isn’t a Father’s Day that passes that I don’t think about my dad. Most who knew him would probably say he was the kindest gentleman they…

Jonah Goldberg: The GOP may win in the midterms, but it can’t hang on to power

For congressional Republicans, the election can’t come soon enough. In the modern era, it’s hard to think of a time when the party out of powe…

Antony Davies: The beginning of the end

Consumer prices are up almost 9 percent from where they were a year ago. For the median household, that’s equivalent to a $6,000 pay cut. Poli…

Sharon Gripp: Why we should care about the Jan. 6 hearings

In the summer of 1973, my 9-year-old-self had no interest in the televised Senate Watergate Committee hearings. For most adults, however, this…

Llewellyn King: An electric revolution Is underway, but revolutions are messy

This, the 21st century, is set to be the electric century. We are in the middle of a profound electrification binge that is going to leave its…

While much of Waco and western McLennan County currently falls into Texas House District 56, East Waco and portions of North and South Waco are in the more rural District 12, which stretches east and south to Brazos County.

Erin Shank is running as a Democrat for the District 56 seat.