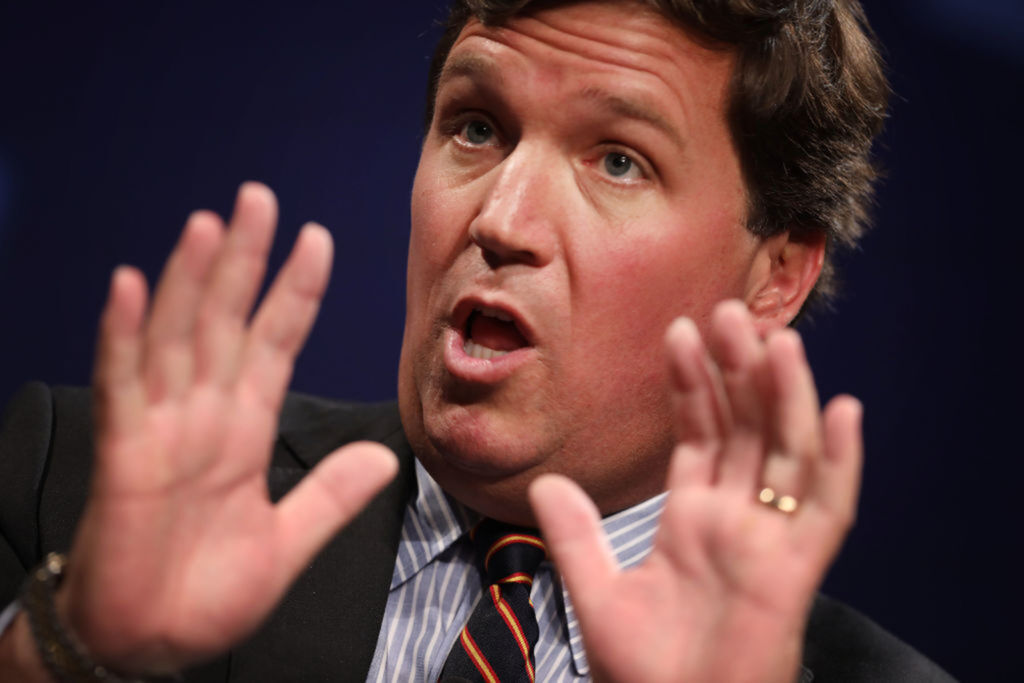 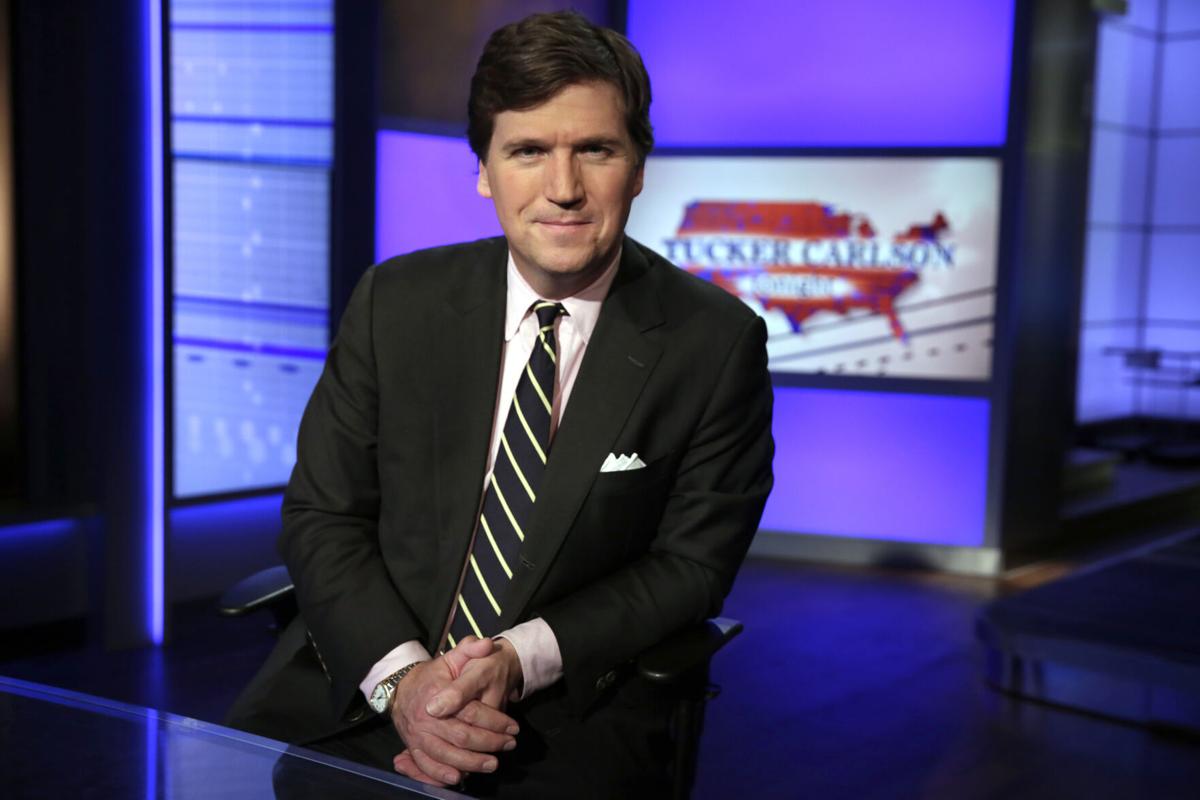 I quit Fox News after more than a decade as a contributor. So did my business partner and friend Steve Hayes.

We explained our reasons on The Dispatch, a media company we founded. But the decision was a long time in coming. Like Ernest Hemingway’s description of bankruptcy, it came gradually and then suddenly.

The sudden part came thanks to Fox host Tucker Carlson’s streaming special “Patriot Purge.” It’s a perfect example of propaganda that weaves half-truths into a whole lie. It insinuates that the Jan. 6 riot at the Capitol might have been a “false flag operation,” orchestrated by the FBI or the Deep State. Worse, it suggests the Biden administration is coming for the real patriots — i.e. Trump voters. “The domestic war on terror is here,” says one of the “experts” in “Patriot Purge.” “It’s coming after half of the country.”

This dangerous nonsense was the last straw for me (and Steve). It was an unhappy decision for us. We have many friends at the network and there are many people, particularly on the news side, that do good, honest journalism.

People keep asking me, “Why’d it take you so long?” The short answer is we hoped — and had reason to believe — that Fox would get back on course, and we wanted to help get it there. If your view is that Fox News was always irredeemably bad, that explanation will fall flat. I can’t help you there. But for us, the release of “Patriot Purge” was proof that waiting for Fox to get back on track would be like waiting for Godot.

I also have a broader point to make. As a fairly prominent critic of Donald Trump from the political right, one of my chief frustrations with Fox, and with cable news generally, is what you might call manufactured consensus.

Liberals are expected to be loyal Democrats and to criticize Republicans, and vice versa for conservatives. Superficially, that’s understandable, even though it erases the fact that most of the interesting debates in America are intra-partisan. But here’s the real problem. Opinion journalists are treated as interchangeable with partisan flacks who are literally paid to defend a party and its positions.

Over time, if you’re not careful, it’s easy to internalize the idea that your job as an opinion journalist is to carry water for your party, at least on TV. The last thing a producer wants is some pundit offering nuanced criticism of his own side. Everything has to be a fight between the extremes. This dynamic has always existed at MSNBC and CNN as well as at Fox.

But Trump’s ascendency made things much worse at Fox. Because Trump is a thin-skinned narcissist, he has no tolerance for criticism, and neither do his very vocal fans among the viewers and the punditocracy. This is why he was a leading champion of “cancel culture,” attacking conservative critics like Charles Krauthammer, George Will, Hayes and me.

As a result, if you watched only Fox, particularly Fox prime time, you’d have little idea that even some very pro-Trump Republicans are nuanced about Trump. They might hate his enemies or like some of his policies, but they might also dislike the way he handled COVID-19 or used Twitter to vent petty grievances. Such objections to Trump, however legitimate, were cast as left-wing propaganda or irrational Trump hatred — or both.

I’ve talked to scores of elected Republicans and conservative pundits, with opinions ranging from principled disagreement to outright contempt for Trump. But good luck getting many of them to say it publicly. The message, amplified constantly by Trump and his boosters, is that all “true” conservatives love Trump in every regard.

In the wake of the Jan. 6 riot, it became routine for Trump partisans to claim that criticism of his effort to steal the election amounted to an insult to everyone who voted for Trump, as if 74 million people voted for the riot and the lies that led to it.

That’s the propagandistic mindset behind that new “war on terror” nonsense. The government is not coming for “half the country” — it’s lawfully prosecuting a few hundred people who broke the law on Jan. 6. But we’re supposed to believe that the Trump base is not merely indivisible but defined by a tiny sliver of the worst actors on the right. That’s the real insult to the 74 million.

Jonah Goldberg is editor-in-chief of The Dispatch and the host of The Remnant podcast. His Twitter handle is @JonahDispatch.

Here's the propagandistic mindset behind that new “war on terror” nonsense: We’re supposed to believe that the Trump base is not merely indivisible but defined by a tiny sliver of the worst actors on the right. That’s the real insult to the 74 million people who voted for Trump.

Over time, if you’re not careful, it’s easy to internalize the idea that your job as an opinion journalist is to carry water for your party, at least on TV. The last thing a producer wants is some pundit offering nuanced criticism of his own side. Everything has to be a fight between the extremes. This dynamic has always existed at MSNBC and CNN as well as at Fox.

I’ve started a few small Texas companies in recent years in both Georgetown and Dallas, but patent trolls have never sued me for patent infrin…

Remember that old-fashioned concept that it was blessed to be persecuted (per Jesus, Sermon on the Mount)? Or that religion is like a nail: th…

The year was 2005, and I was a 20-something living in the Chelsea neighborhood of New York City. As such, feeling hip and somewhat subversive,…

Unless one saw the Jan. 2 “60 Minutes” segment on “The Ritchie Boys,” this unorthodox World War II project may well defy belief. Trained at Ca…

W. Richard Turner: America continues to be plagued by racism

With the recent anniversary of the events of Jan. 6, 2021 and the upcoming celebration of Martin Luther King Jr.’s birthday Monday, it is time…

Ross Ramsey: Texas enters 2022 with a bang and some whimpering

Mark Long: Dread of ‘others’ led to January 6 attack

On January 6, 2021, the gallows stood, gaunt and menacing, outside the nation’s Capitol. More than that, the crudely erected scaffold sent an …

I adored my grandfather, a World War II veteran and accountant who taught me the importance of engaging with communities you love. Unlike most…

One of the more important — and often overlooked — moments of the civil rights movement was Martin Luther King Jr.’s midnight “kitchen table e…