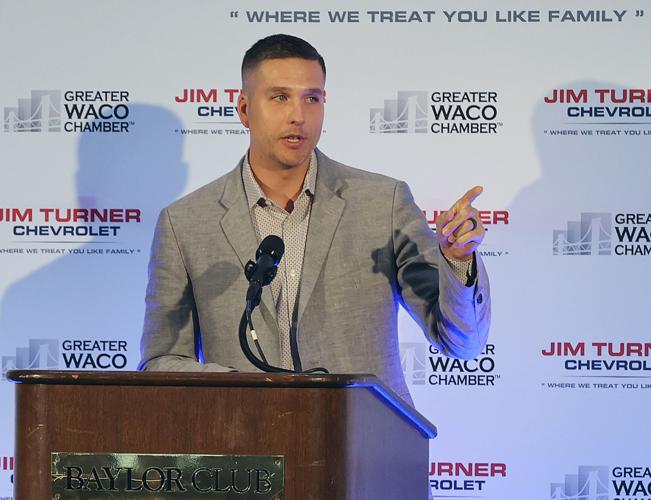 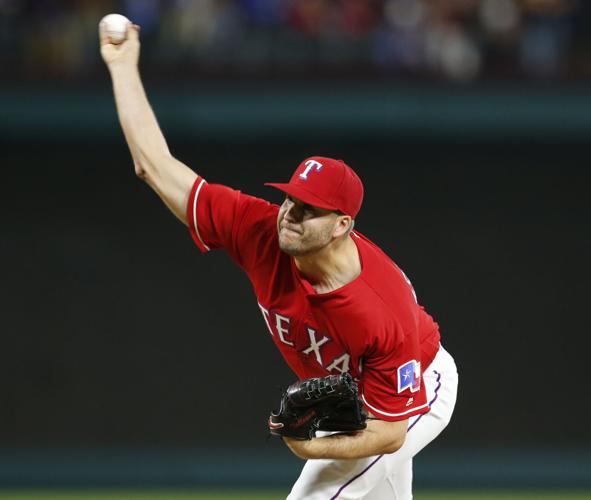 Former Texas Rangers and Baylor pitcher Shawn Tolleson was back in Waco on Wednesday to speak at the Greater Waco Chamber of Commerce First Pitch Luncheon. 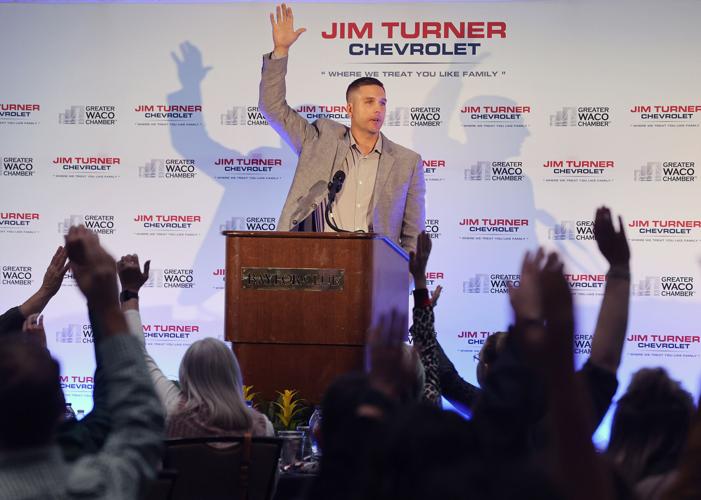 Shawn Tolleson doesn’t spend a lot of time on social media, so when the news broke last June that his old pal Mitch Thompson had gotten the head baseball job at Baylor, he didn’t see it right away.

Then his phone started blowing up, and Tolleson couldn’t have been happier.

“I heard about it from a group text of old Baylor baseball players. That’s the way it should be,” right?” Tolleson said. “There were a lot of GIFs being thrown around on that text. We were all excited.”

Tolleson pitched at Baylor from 2008 to 2010, back when Thompson was an assistant coach for the Bears. Like so many other people, he has a great deal of respect and admiration for the coach who recruited him to Waco.

Tolleson returned to Waco Wednesday as the featured speaker at the Greater Waco Chamber of Commerce’s annual First Pitch Luncheon. The former big-league pitcher with the Los Angeles Dodgers and Texas Rangers shared stories from throughout his life and baseball career, specifically highlighting seven bits of advice that different people gave him along the way.

He recalled how he achieved his lifelong dream of pitching in the big leagues in 2012. But in his Major League debut against the Philadelphia Phillies, he walked the first two batters he faced on eight pitches and was quickly removed from the game. Tolleson was convinced after that game he was on a one-way ticket back to the minors, but he received several words of encouragement that stuck with him and inspired him to keep working.

A Dodgers assistant coach sat down with Tolleson on the bus after the game and told him to “Be a coffee bean” rather than a carrot or an egg. Meaning when the water starts to get hot and the pressure starts to mount, don’t grow soft and mushy like a carrot or hard like an egg. Rather, be the coffee bean and hold your shape, while transforming the water into something more.

Of course, the greatest words Tolleson received after the game came from then-Dodgers manager Don Mattingly, who approached the pitcher and asked, “Tolley, how’s your arm feeling?”

“Good, Skip,” answered Tolleson, thinking, “It ought to feel good, I only threw eight pitches.”

Tolleson’s pro career tested his perseverance, but he didn’t lose faith. The high-water mark came in 2015 when he won the closer’s role for the Rangers. That season the right-hander went 6-4 with a 2.99 ERA and 35 saves, helping Texas to a playoff berth and finishing 10th in the Cy Young voting for the American League.

Tolleson underwent Tommy John surgery on his elbow multiple times in his pitching career, beginning with his senior year of high school. He ultimately retired from baseball in 2019 after experiencing a setback following his final surgery.

At Wednesday’s First Pitch Luncheon, Thompson and Baylor softball’s Glenn Moore offered previews of their team, along with MCC’s Tyler Johnson and Chris Berry, both of whom will open up their 2023 campaigns on Friday.

One of the challenges Thompson made to the crowd was to buy season tickets. One listener who didn’t need any convincing was Tolleson, who said he plans to get back to as many games as he possibly can for the 2023 season. He lives in Fairview, on the north side of Dallas, but he considers the chance to get back to Baylor Ballpark worth the drive.

“I want to come to more games. I want to come to as many as I can,” Tolleson said. “It’s fun, the fact that Baylor plays on Friday, Saturday, Sunday is fun. My kids also play on Saturday, so Saturdays are out. But to have the opportunity to come down on a Sunday afternoon, that’s a pretty sweet way to spend a Sunday. Go to church, eat some good food together, come down and watch a Baylor baseball game, that sounds pretty fun.”

After all, it was Thompson who gave Tolleson the best advice he ever received, so he might as well pay back his old coach with his support and attendance. Back when Tolleson was being recruited by Baylor, he was visited by Thompson and then-BU head coach Steve Smith. Tolleson was also considering Texas, Texas A&M, TCU and Stanford in addition to Baylor.

“Coach Smith said to my parents, ‘Do you want to see your grandkids?’” Tolleson recalled. “They were like, ‘What do you mean?’ And Coach Smith said, ‘All the best wives, all the best mothers, come from Baylor.’ And my dad said, ‘Well, Shawn has a girlfriend here that he’s pretty serious about.’

“And then Coach Thompson said, ‘Oh, is that right? Where does she want to go to school?’ And I said, ‘She wants to go to Baylor.’ Coach T said, ‘Smart girl. You need to listen to her.’ … I’ve tried to follow that advice ever since.”

Midway's signing shindig as raucous as ever, with 16 athletes moving on

Brad Shelton called it his “most favorite day of the year,” and it’s understandable why. Every February, the Midway athletic director gets a c…

When the best converge, it’s a win-win. Some might even call it a Victory (as in Victory Bowl).

McLennan Community College athletic programs have been forced to weather the storm this week — literally. The school closed Tuesday and Wednes…

Brice Cherry: Houston teams' commitment to diversity should be applauded

Outside of humidity, mosquitoes and, okay, energy, Houston has probably never been viewed as a worldwide leader in much of anything.

How baseball fans watch games is changing. You can bet on it | Best Podcast in Baseball

Sports gambling is big business and could change the way we watch baseball.

Former Texas Rangers and Baylor pitcher Shawn Tolleson was back in Waco on Wednesday to speak at the Greater Waco Chamber of Commerce First Pitch Luncheon. 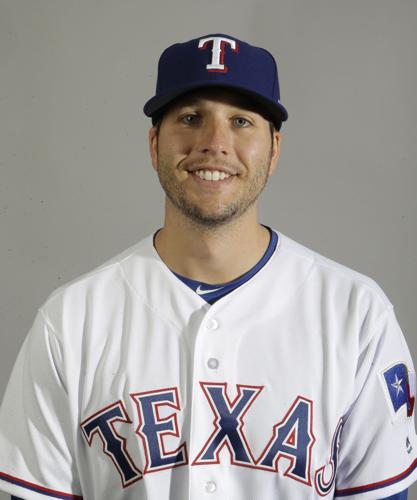