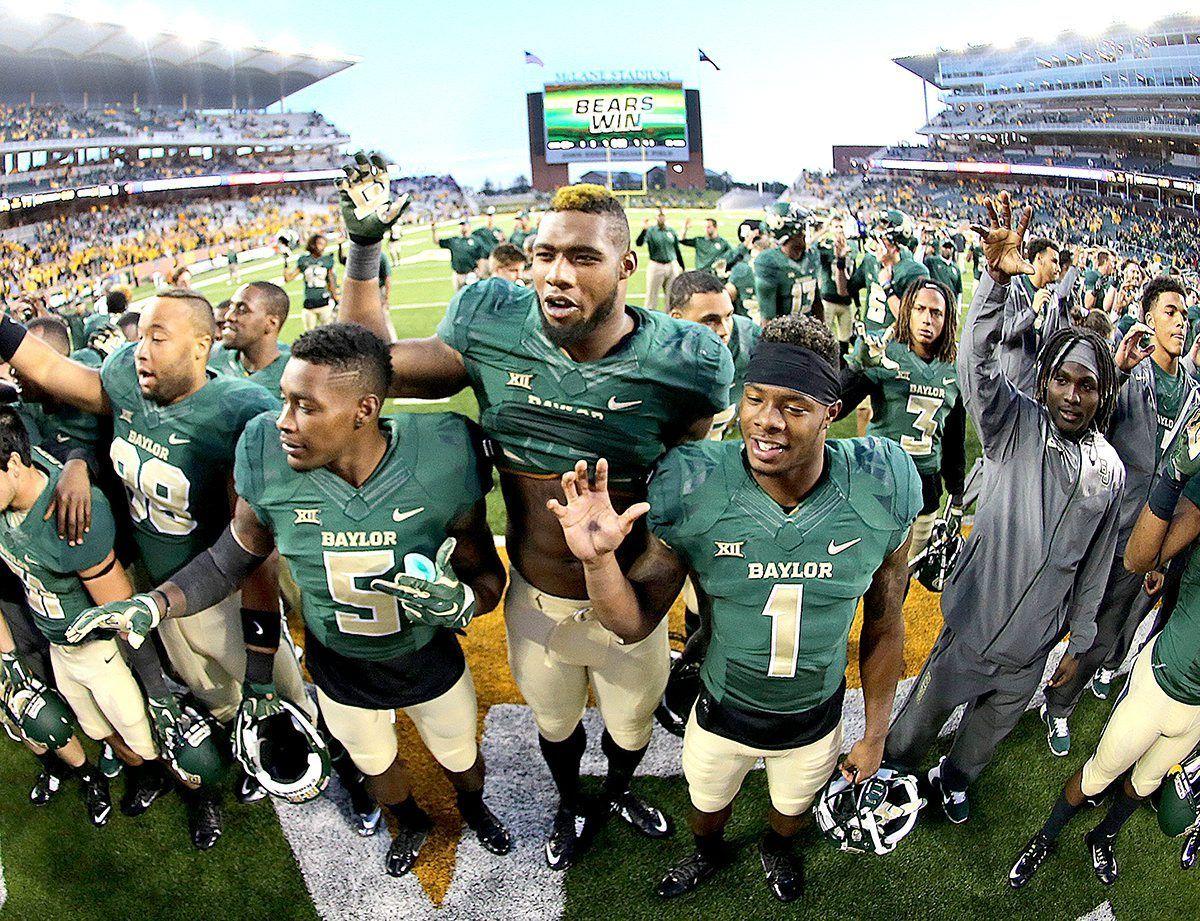 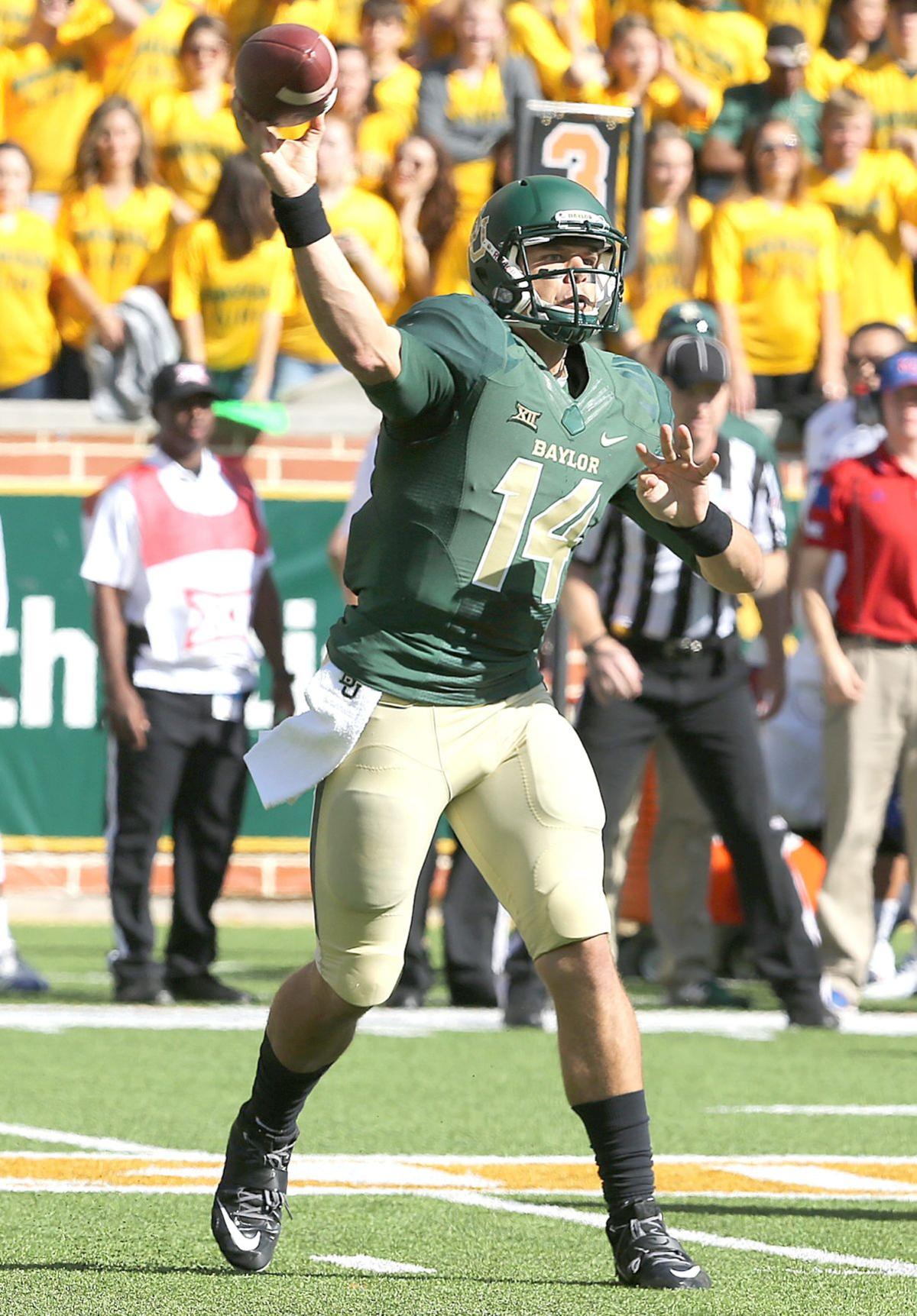 Bryce Petty has thrown for 644 yards and four scores in his last two games.

Baylor’s first blackout was a huge success as it roared to a 41-12 win over Oklahoma last November at Floyd Casey Stadium.

Now the No. 6 Bears will try to repeat that success against Oklahoma State at 6:30 p.m. Saturday at McLane Stadium.

The Bears will be decked out in black uniforms and helmets. Fans are encouraged to wear black to give the stadium an intimidating atmosphere.

“It was fabulous last year,” Baylor coach Art Briles said. “I’ve been fortunate to be in a lot of atmospheres and I’d rate that as the best. Our crowd was unbelievable, they were there way before the game and they were anxious, ready, excited and very supportive. I’m excited about it.”

With the season entering the home stretch, the Bears (8-1, 5-1) are looking for every edge they can find to repeat as Big 12 champions.

“It’s great any time you can have a theme with your game and get people hyped up and excited about what’s going on,” Baylor quarterback Bryce Petty said. “Last year proved to be a lot of success with that. We like playing in front of a loud and energized crowd because it gives us energy and helps us play better. I don’t expect anything different this year.”

After their third bye week of the season, the Bears hope to build on the momentum they gathered from a 48-14 win over Oklahoma two weeks ago in Norman.

The Bears won for the first time ever on the Sooners’ turf, breaking an 11-game losing streak. Petty played his best game of the season as he hit 32 of 42 passes for 387 yards and a touchdown as Baylor’s offense amassed 544 yards against a usually strong Oklahoma defense.

Baylor’s defense was also tremendous as it put solid pressure on quarterback Trevor Knight and shut out the Sooners in the last three quarters.

“There is a lot to build off,” Baylor nickelback Collin Brence said. “It was a great game for us to go into Norman and play a physical football team and to win. That’s something we’re proud of. We played as well as we did but in the back of our minds we know we can play better.”

Oklahoma State romped to a 49-17 win over the Bears on a frigid night last November in Stillwater. That game is still fresh in the minds of the Bears since it was their only regular season loss last year and ended any national championship aspirations.

“They kind of messed up our year last year,” Baylor center Kyle Fuller said. “So it’s really all about redemption this week.”

While the Bears have built on last year’s success, the Cowboys (5-5, 3-4) have lost their last four Big 12 games by lopsided scores.

The Cowboys have lost each of the last four Big 12 games by at least three touchdowns including a 42-9 loss to TCU, a 34-10 loss to West Virginia, a 48-14 loss to Kansas State and last weekend’s 28-7 loss to Texas in Stillwater.

Oklahoma State produced just 192 yards against the Longhorns including 34 yards rushing on 23 carries. Quarterback Daxx Garman had some success as he hit 17 of 29 for 158 yards but the Cowboys had trouble sustaining any offensive consistency.

However, Garman reportedly missed some practices this week with concussion-like symptoms. If he can’t play, freshman quarterback Mason Rudolph could step in.

“Last week’s game was real simple — we got beat up front on both sides of the ball,” Oklahoma State coach Mike Gundy said. “Texas has real good players on the defensive front. We played below average on offense, so our defense was on the field almost the entire game and they became vulnerable.”

Though Oklahoma State’s defense has allowed an average of 495.8 yards and 38 points in the last four losses, the Baylor players still respect the talent the Cowboys put on the field.

“I really don’t think their record really dictates who they are,” Petty said. “They have great players up front and on the back end. We have to make sure we execute and play Baylor football. This is the perfect game that we have to make sure we do that. If we go out and execute we can put up the numbers we’re capable of doing.”

The Bears can see the Big 12 championship in sight with three games remaining against Oklahoma State, Texas Tech and Kansas State. But they know they can’t win the title without beating the Cowboys.

“It’s definitely in sight,” Brence said. “We’re on the home stretch here. It’s fun to Waco and Baylor Nation that the picture is finally developing. But for us as a football team we have to take it one step at a time. We can’t win the Big 12 championship unless we get through Oklahoma State.”

A four-time felon who authorities say led police on a 15-minute chase in October before he sought shelter in someone else’s apartment was indicted as a habitual offender Wednesday.

How the Bears match up vs. Oklahoma State

For the Bears, the bye weeks are no more.

Heading into Arctic conditions in Stillwater last November, Baylor had won nine straight games to surge to No. 3 in the nation.

Ohio State jumped ahead of Baylor in the College Football Playoff rankings on Tuesday night as the Bears remained seventh.

Baylor/Big 12 podcast: What went wrong with the Playoff? Should Bob Bowlsby step down? Big 12 bowl breakdown and more

Weather could move Baylor game time, but no changes for now

Officials from Baylor, Oklahoma State and the Big 12 met Friday afternoon to discuss the idea of changing the time of Saturday’s game between …

Bryce Petty has thrown for 644 yards and four scores in his last two games.