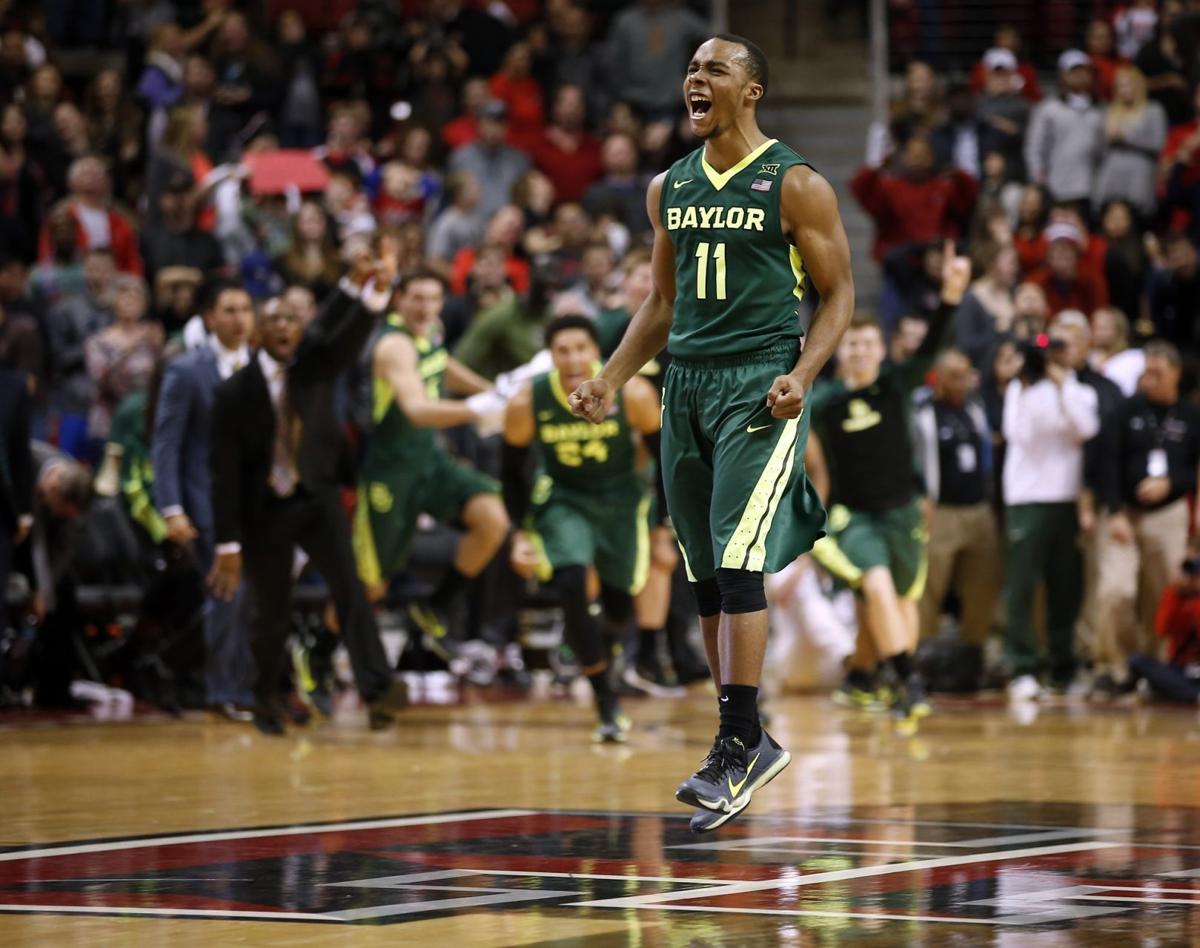 Lester Medford’s game-winner put the Bears in a first-place tie as they head back home for a two-game stand. 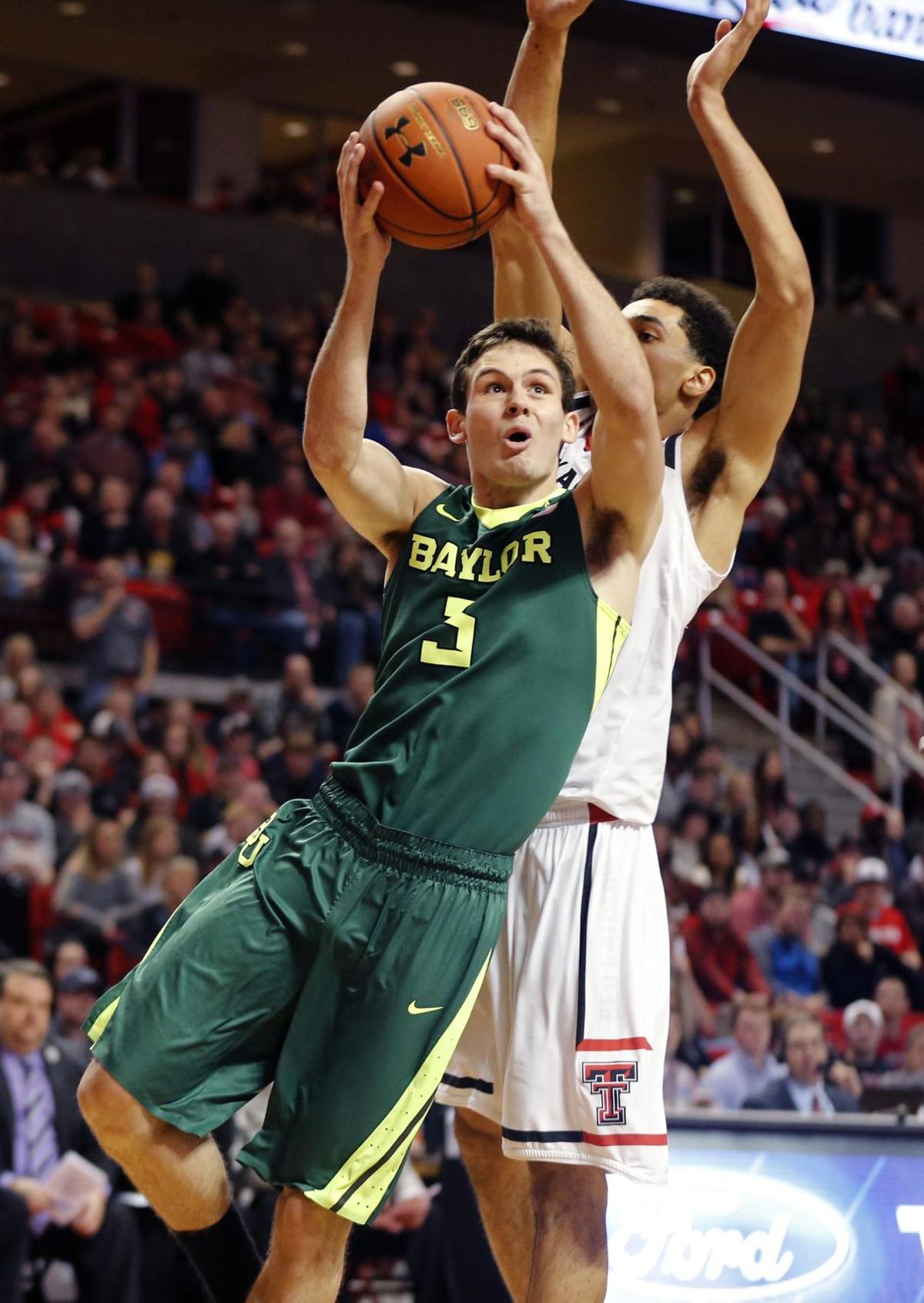 Since Baylor’s blowout loss at Kansas, the Bears have reeled off four straight wins over Big 12 teams.

LUBBOCK — Lester Medford’s greatest joy is to make his Baylor teammates look good with his spot-on passes, but he welcomed a little glory for himself Saturday afternoon.

When Texas Tech gave him an open look in the final seconds, Medford gladly took it.

Medford swished a 3-pointer with one second remaining to lift the No. 22 Bears a 63-60 win over the Red Raiders that hushed most of the 12,827 fans at United Supermarkets Arena.

Medford’s clutch shot gave the Bears (14-3, 4-1) their fourth straight Big 12 win, and their second straight on the road following last weekend’s 94-89 win over No. 17 Iowa State in Ames.

“Lester wasn’t feeling well coming into the game and we told him that great players always play their best when they’re sick,” Baylor head coach Scott Drew said. “He really competed and didn’t get the assists he normally has and turned it over a little more than he normally does. But a lot of confidence down the stretch. When he had the ball at the end of the game it looked like he was in a good rhythm.”

Texas Tech’s Zach Smith tied the game at 60 with a baseline jumper with 24 seconds remaining. The Bears called a timeout with eight seconds to play, and Taurean Prince inbounded the ball to Medford.

Medford had the option of penetrating inside with an opportunity to pass to one of his teammates. But Texas Tech guard Aaron Ross didn’t step out to cover him near the top of the 3-point arc.

So Medford let it fly and hit the buzzer beater to give the Bears a tough win against the upset minded Red Raiders (11-5, 1-4).

“He just backed up a lot, and it was a tied game,” Medford said. “I hadn’t shot well, but I felt like it was going to go in. It feels good, just because it was a tough game and we didn’t play that well, but we found a way to get it done. I’m just so proud of my team because they stayed with it.”

Medford finished with nine points, five assists and four turnovers for a Baylor team that shot 50 percent from the field but committed 14 turnovers. The Bears knew they were going get a rugged, defensive oriented game from the Red Raiders.

“We know any road game is going to be tough no matter who you play,” said guard Al Freeman, who led the Bears with 14 points. “We respect all our opponents. But we know when we come into Texas Tech every year it’s a battle. They play very physical and make it a grind out game. We knew what we were getting into.”

Baylor looked like it would win comfortably after going on an 8-0 run to grab a 58-51 lead with 2:34 remaining.

Freeman was the catalyst as he drove for a basket and hit four free throws. His free throws were a welcome sight since the rest of his teammates hit just four of 11.

“We didn’t hit our free throws like we had been and that hurt us,” Drew said. “Rebounding-wise we weren’t as good as we normally are and you’ve got to credit Texas Tech because they’ve done a great job the last couple of games against us. But I’m really proud of us and how we held our composure.”

Texas Tech’s Toddrick Gotcher buried a 3-pointer before Baylor’s Ish Wainright was called for a foul that sent Smith to the line where he hit both free throws to cut Baylor’s lead to 58-56 with 1:40 remaining.

After the Bears answered with Terry Maston’s baseline jumper, Texas Tech came back with Devaugntah Williams’ drive for a basket to cut Baylor’s lead to 60-58.

Following a beautiful fullcourt pass from Wainright, Medford missed a chance to score when Williams stripped him of the ball as he tried to score on a layup.

“Ish made a great play and I’ve just got to finish it,” Medford said. “It went off my foot.”

The Red Raiders got the ball back with 46.6 seconds remaining before Smith nailed his game-tying jumper.

The Bears were happy to get out of Lubbock with a win after the Red Raiders came back in the final minutes.

“That’s a typical Big 12 game, two teams battling coming down to the final possession,” Drew said. “Coach (Tubby) Smith has done a great job with this group and I think everyone knows how much they’ve improved from last year. We knew coming in it was going to be a hard fought game. If we were lucky or blessed enough to win, it was going to come down to a couple of possessions.”

With Maston leading the way with 12 points, the Bears got another productive day from their bench with 26 points.

“That’s the great thing about the bench,” Drew said. “Some of our best basketball is played when they’re in the game. It’s nice to know any given night you can get a good lift off the bench. You’ve got to have that depth because we had a couple of guys in foul trouble.”

Hitting all five of his shots in the first half, Maston helped the Bears grab a 36-29 halftime lead.

But the Bears came out cold in the second half as Texas Tech opened with a 10-2 run to grab a 39-38 lead. From that point, the game was a dogfight.

Now the Bears will play their next two games at the Ferrell Center against Kansas State on Wednesday and No. 2 Oklahoma on Saturday.

“We took some tough losses on the road early in the year,” Freeman said. “We just came together and said our approach has got to change when we go on the road because it’s going to be a battle. Winning two road games in a row definitely gives us confidence. We’re just trying to get wins and take care of our home court.”

Baylor hopes to take full advantage of a rare week with two Big 12 home games while making Ferrell Center history in the process.

Lester Medford’s game-winner put the Bears in a first-place tie as they head back home for a two-game stand.

Since Baylor’s blowout loss at Kansas, the Bears have reeled off four straight wins over Big 12 teams.