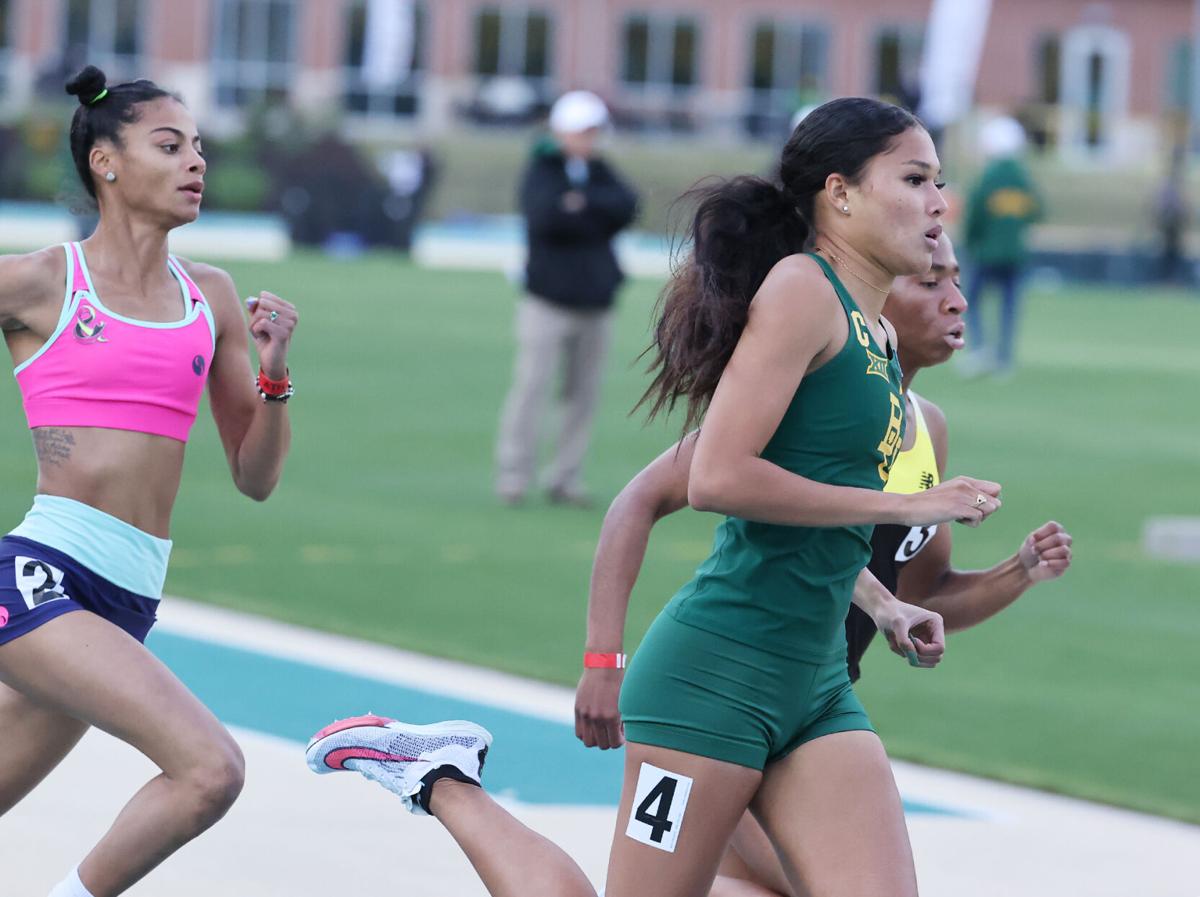 One of the country’s top half-milers, Baylor’s Aaliyah Miller is back for her fifth year in 2022. 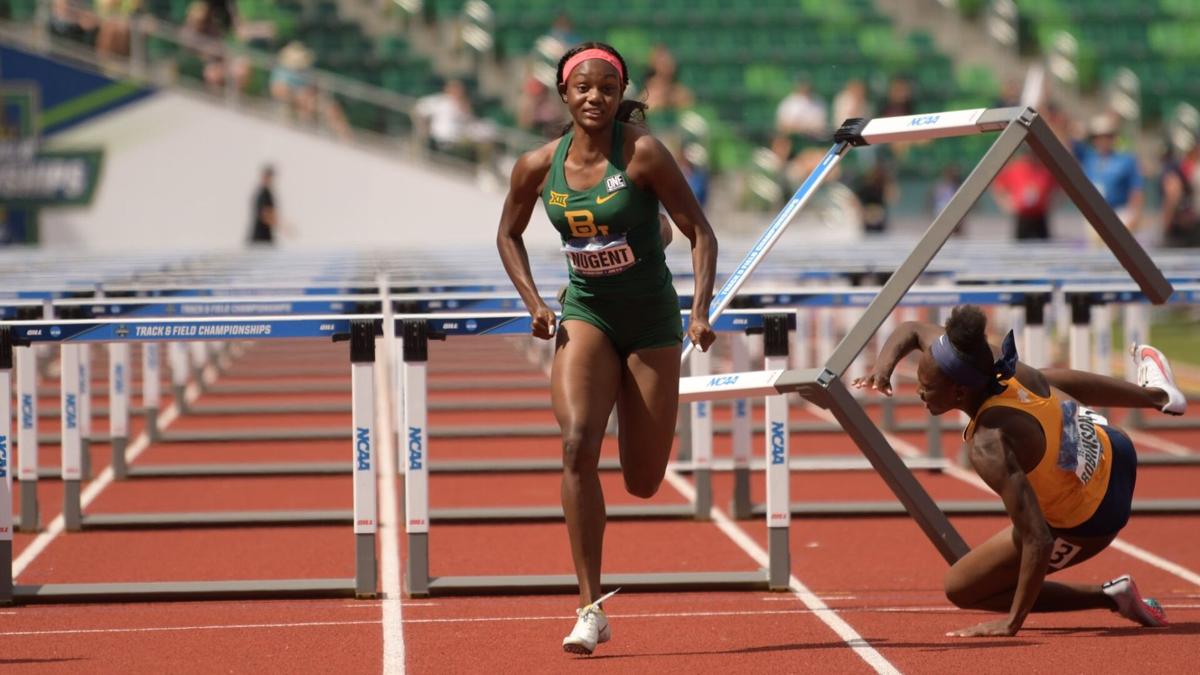 Baylor’s Ackera Nugent was a blur last year as a freshman, winning an NCAA indoor title in the 60-meter hurdles while making nationals in the 100-meter hurdles outdoors. 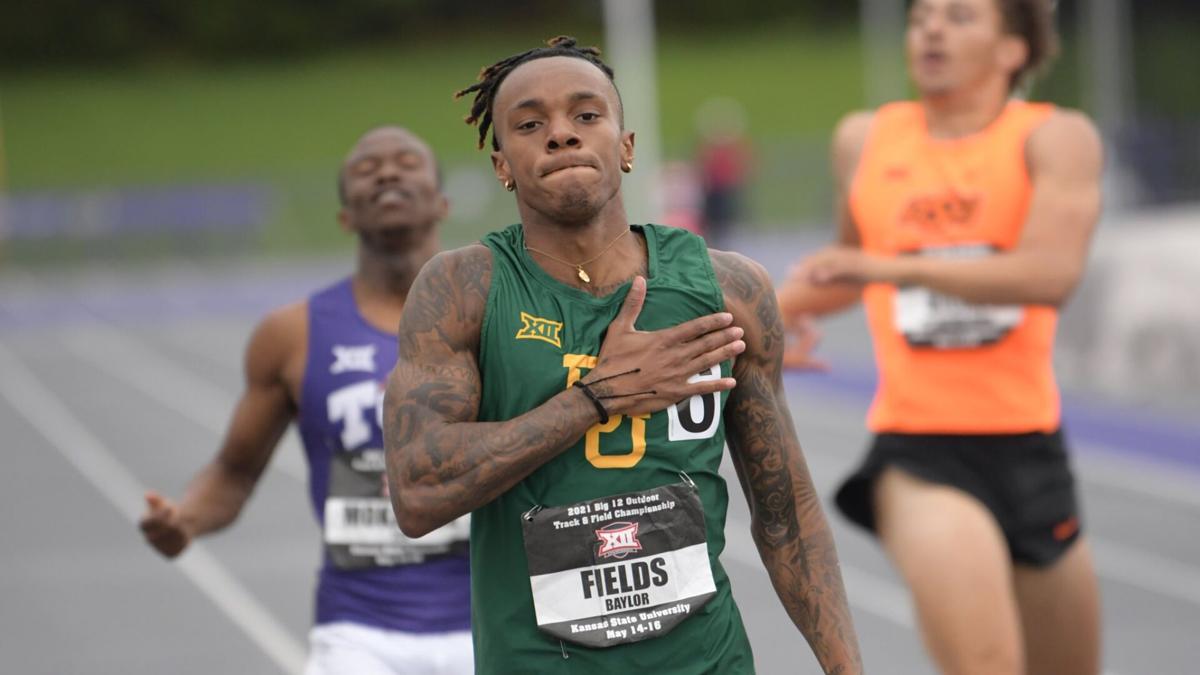 Howard “Trey” Fields III, who won a Big 12 outdoor title in the 400 last year, has returned for a fifth season in 2021 and another pursuit of a national title.

They’re not likely to don any capes — the wind resistance might slow them down — but it’s safe to say that the Baylor track and field athletes are “super” excited for the 2022 season.

Much of their enthusiasm can be traced to the return of the so-called super seniors. Those would be the fifth-year veterans who are taking advantage of that “extra” year provided them by the NCAA in the wake of the COVID-19 pandemic. And they’re not just old, they’re good. Really good. Six of Baylor’s seven indoor All-Americans from last year are back for another gold rush.

“Basically, we have everyone back except for (2022 NCAA pole vault champion) KC Lightfoot,” said first-year Baylor head coach Michael Ford. “Everyone came back, so I call those super seniors. So, on the ladies’ side, all of our All-Americans are back from last year’s team. So, looking forward to being really high level at the conference meet and then also at the national championships, because we did well indoor last year on the ladies’ side, at least at the national meet. On the men’s side, we’re kind of more projected towards the national meet.”

Ford’s presence at the track has also energized the Baylor athletes. He may be in a new role, but he’s no stranger. Ford spent 21 years as a BU assistant before ascending to the head coaching role following the retirement of Todd Harbour last summer.

Several of Baylor’s top athletes said that it gave them a sense of comfort to maintain continuity within the program, going from Harbour to Ford.

“I actually loved it when they hired Michael, because he’s always been a coach there after Coach (Clyde) Hart,” senior sprinter Howard “Trey” Fields said. “And ever since I’ve been training with Mike, I’ve just gotten a lot better, I gotten a lot faster, I’ve been more focused. And everything just feels more natural.”

Added senior women’s pole vaulter Tuesdi Tidwell: “I’ve loved both of the head coaches, and they’re so good to look up to and they’re so motivating. So, it hasn’t been too hard of a transition.”

Last year’s indoor season delivered several soaring highlights, including NCAA titles from Lightfoot in the men’s pole vault, Aaliyah Miller in the women’s 800, and Ackera Nugent in the women’s 60-meter hurdles. Lightfoot turned pro early in Baylor’s outdoor season last year and ended up climbing all the way to a fourth-place Olympic finish. But Miller, who enrolled at Baylor way back in the fall of 2016, is back for another go-round, and that’s a bonus for the Bears, for sure.

As for Nugent, the native of Jamaica is just a sophomore, so she still has plenty of time to melt future stopwatches after laying down a time of 7.92 seconds to stun everyone and win last year’s NCAA meet.

Tidwell broke Annie Rhodes-Johnigan’s indoor school record in the pole vault last year, and finished sixth at nationals. She said that even though Lightfoot has departed, the bar remains perched high for BU’s vaulting crew.

“I think we can carry it on,” Tidwell said. “We have a couple freshmen that came in, and all around it’s just a great atmosphere within our event group. And it’s a lot of fun for us.”

Kavia Francis, Lily Reynolds and Arria Minor also nabbed All-America recognition last indoor season for the Bears as members of the 4x400 relay team. To that group, Baylor welcomes another blazing pack of newcomers, led by Nigeria’s Imaobong Uko, who helped her home country win a gold medal in the mixed 4x400 relay in the Beijing Olympics. She’s the reigning Under-18 world champion in the 400 with a time of 51.70 seconds.

Given the Bears’ preponderance of pop on the women’s roster, they’ve set a goal of a third-place team finish at indoor nationals, which would mark a program best. Even with two national titles, they placed ninth in last year’s team standings. The best-ever finish for the BU women at the NCAA Indoors came in 1999, when they tied for fourth.

For the Baylor men, Fields cashed in his chip of an extra year of eligibility to chase an NCAA title in both the 400 and the 4x400 relay. A recurring hamstring injury nagged Fields throughout the 2021 season, preventing him from what he believes was a reasonable shot at winning national gold.

“I definitely want to come back, stay healthy and win that,” Fields said. “(For the 4x400), I feel like a Big 12 and a national championship is definitely possible. Everybody just has to keep their head on straight and stay focused, don’t get distracted by the outside things trying to come in. And go ahead and get it.”

Senior Jayson Baldridge brings ample experience in the hurdles and middle distances, and should play an integral role in the 4x400 relay crew. Sophomore Ben Conacher cleared 17-4 in the pole vault in both the indoor and outdoor seasons in 2021. He looks poised to travel higher this season.

Ford mentioned long jumper/triple jumper Johnny Brackins and sprinter De’montray Callis as two to watch among the Bears’ crop of freshmen. Brackins won a pair of Missouri state titles in high school in the long jump, while Callis placed third in the Class 6A 100-meter dash last spring for Alief Taylor, clocking 10.16.

The Bears will open up the 2022 indoor season Friday and Saturday at Texas Tech’s Corky Classic in Lubbock. The 21-team field also includes Pac-12’s Arizona in addition to host Texas Tech.

“Some of (our athletes) are really healthy, some of them are coming off of COVID,” Ford said. “I think everyone’s had their COVID cases. So, for us, it’s being healthy and getting some marks in. But I think we will definitely see big differences from meet 1 to meet 2. So, I think for me, the goal is just making sure they stay healthy the first meet.”

Sochan questionable as No. 1 Bears prepare for No. 19 Texas Tech

After earning No. 1 in the Associated Press poll for the fifth straight week, Baylor will try to stay unbeaten against a confident Texas Tech …

NORMAN, Okla. — When No. 23 Oklahoma grabbed momentum in the fourth quarter, the Sooners refused to let it go.

Baylor set a program record by finishing No. 5 in the final Associated Press Top 25 football poll.

Baylor Bears look ahead to bright future under Aranda

One of the country’s top half-milers, Baylor’s Aaliyah Miller is back for her fifth year in 2022.

Baylor’s Ackera Nugent was a blur last year as a freshman, winning an NCAA indoor title in the 60-meter hurdles while making nationals in the 100-meter hurdles outdoors.

Howard “Trey” Fields III, who won a Big 12 outdoor title in the 400 last year, has returned for a fifth season in 2021 and another pursuit of a national title.