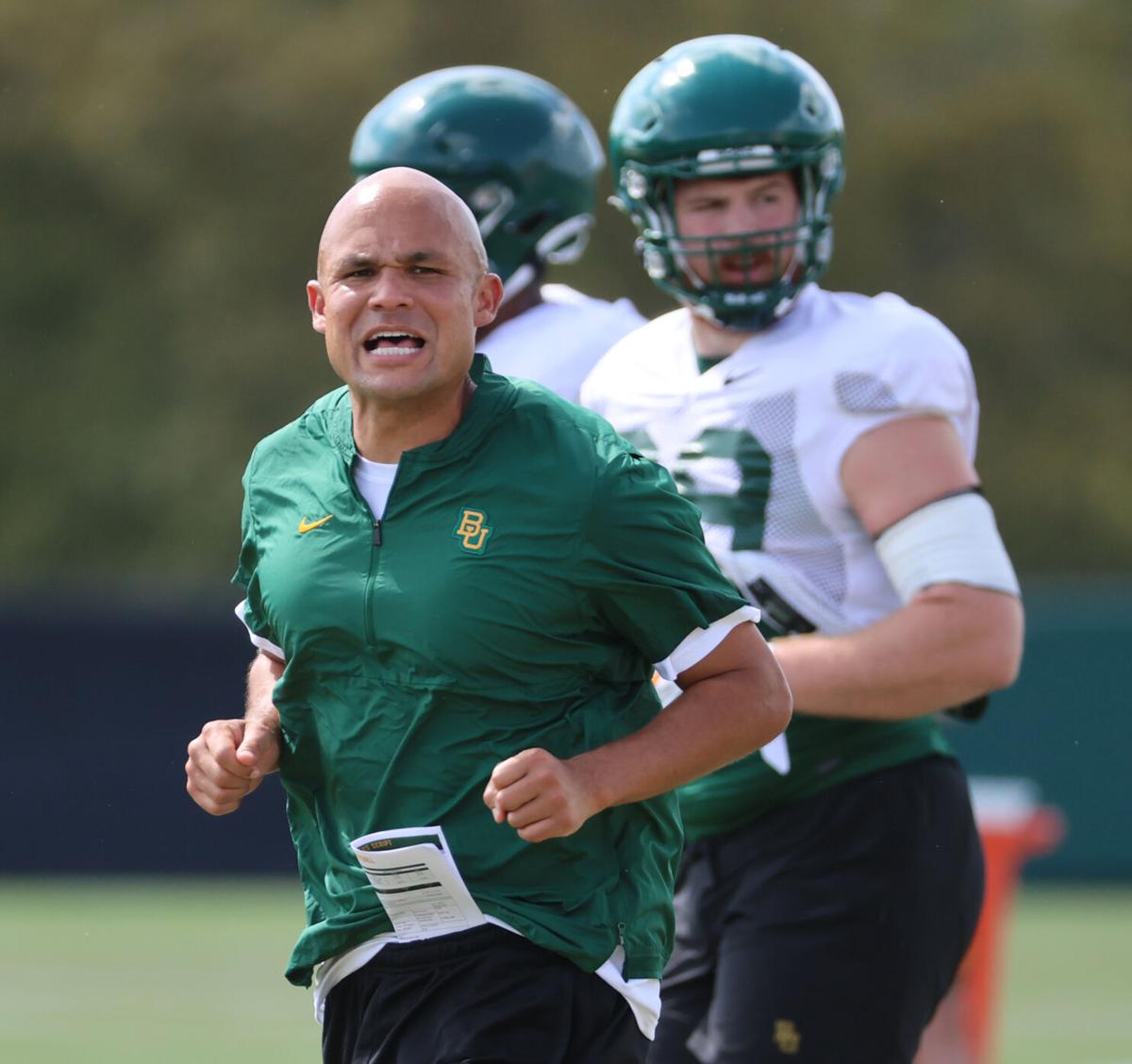 Baylor coach Dave Aranda wants his team to establish an identity in the season opener against Texas State on Saturday in San Marcos. 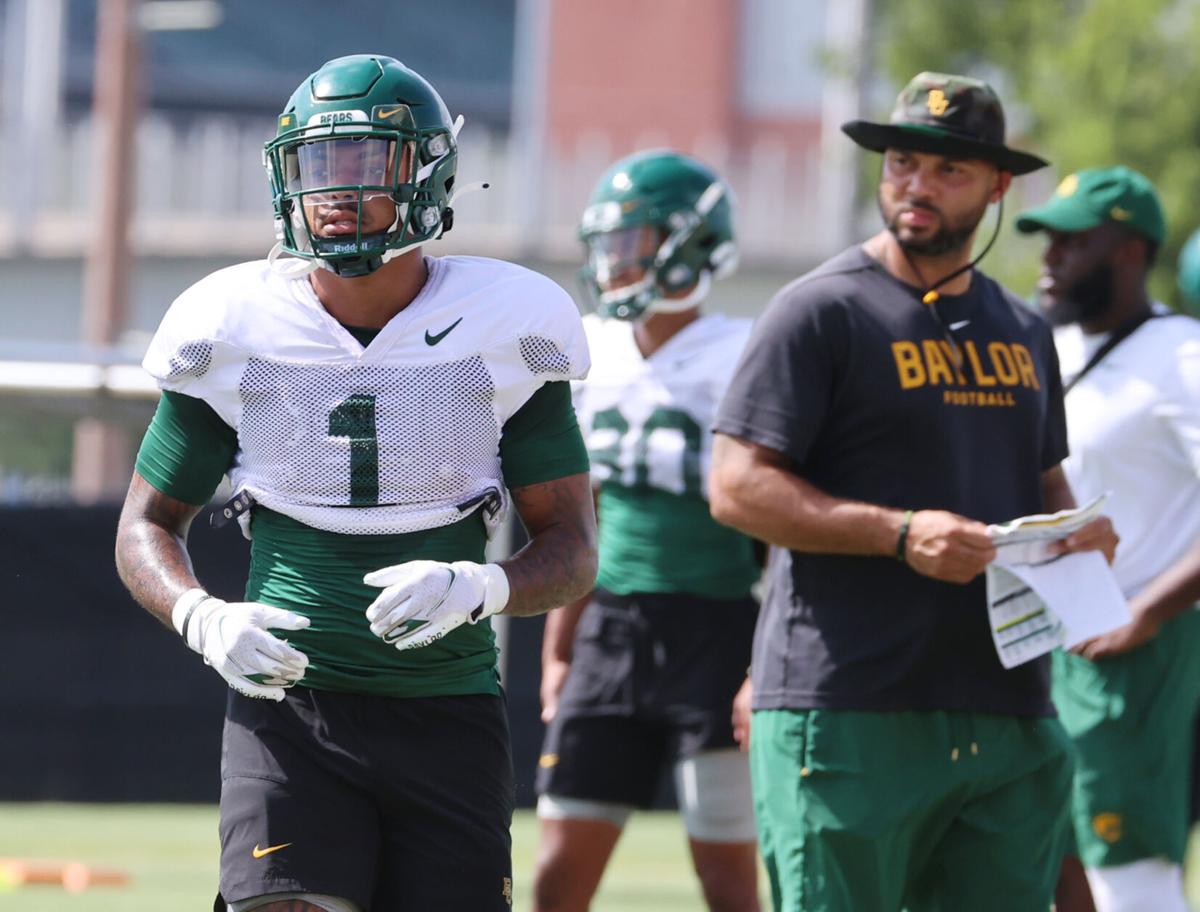 Senior Trestan Ebner will be a key factor as the Bears attempt to improve their running game after averaging 90.3 yards rushing per game last season. 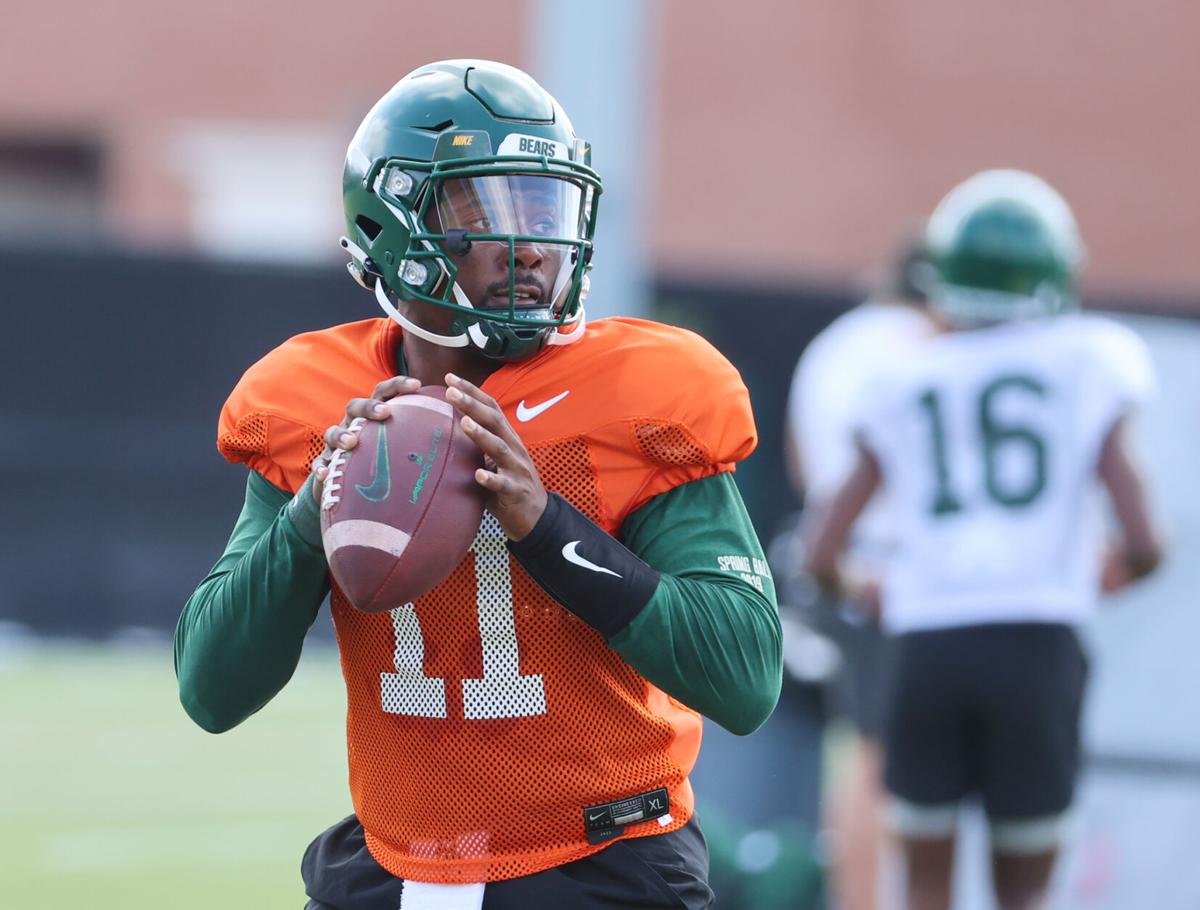 Baylor starting quarterback Gerry Bohanon will work on improving play-action passes in the season opener against the Bobcats.

He expects the Bears to show who they are and what they want to accomplish in Saturday night’s 6 p.m. season opener against Texas State in San Marcos.

“We want to show a real strong identity, execute fundamental things, and establish a fastball, and show we can on offense run the ball and have a play-action passing game off of it,” Aranda said. “On defense, get a push in the middle, set edges, and tackle effectively. On special teams, show great speed and edge.”

Establishing a running game has been a priority since former BYU offensive coordinator Jeff Grimes joined Baylor’s staff in January. Finding offensive balance will be essential for the Bears to improve on Aranda’s 2-7 debut season.

Ranking last in the Big 12 with 90.3 yards rushing per game in 2020, the Bears are counting on seniors Trestan Ebner and Abram Smith to lead the rushing attack.

After rushing for just 107 yards on 50 carries last season, Aranda believes Ebner is ready for a breakout season on the ground to complement his superb receiving and All-America kick returning skills.

“Ebner, going from the spring to where he is right now, to me is one of our most transformed, most alive guys we’ve got on the team,” Aranda said. “I think in terms of leadership, in terms of doing what we're asking to do with the new offense, in terms of play style and effort that he's giving, I feel like Ebner is completely turned on and I’m really excited to see him Saturday night. He brings a home run ability.”

Aranda is counting on Smith to pick up the difficult yardage and show the toughness that he brought to linebacker last season. Both Smith and Ebner could line up together in the backfield in some situations.

“With Abram, you’ve got someone that’s tough is the word that comes to mind, physical, downhill,” Aranda said. “If there's someone in the hole, he's going to lower his pads and ‘I just got three yards running into this dude, can I do that again? When do I get to do that again?’”

If the Bears can develop a dependable running game, fourth-year junior Gerry Bohanon can make a smoother transition to starting quarterback as he steps in for departed Charlie Brewer, who will start at Utah in his final college season.

Aranda has enjoyed watching how Bohanon soaks in information from the coaches, and passes on that knowledge to his teammates. Bohanon’s ability to grasp concepts and often seek more information helped separate him from sophomore Jacob Zeno and redshirt freshman Blake Shapen in the battle for starting quarterback.

“Gerry has a really strong work ethic and has a great appetite for football,” Aranda said. “You cannot feed him enough and he continues to ask for more. You can give him pieces of information here and there and Gerry can connect the dots. He can take the information he has and apply it, and then teach others.”

Of course, the biggest area of improvement for Baylor’s offense has to come from a line that hasn’t consistently dominated up front since 2015.

Aranda plans to shuffle offensive linemen into the game to build depth. On Baylor’s preseason depth chart, senior left tackle Connor Galvin is the only offensive lineman listed as a definite starter.

“People will be rolled out to start, and then I think there’s the ability to have guys not take all the reps when we get to certain parts of the game,” Aranda said. “Whether it’s the end of the game or the end of the half, we can roll guys in to create a depth I think is important.”

While Baylor’s offense is very much a work in progress, a veteran defense should be the strength of the team.

“My feelings are strong with the defense in terms of our ability to play base defense and get tackles for losses and make throws have to be tight and contested,” Aranda said. “I think when you start from that point, I think anything else, anything more in terms of pressure, exotic coverages, are just extra. So our ability to be simple and really allow our players to come alive, is really, really key.”

The Bobcats are coming off a 2-10 season under third-year coach Jake Spavital. But Aranda believes the Bobcats can be a dangerous team with quarterback Brady McBride leading the way after passing for 1,925 yards and 17 touchdowns last season.

“When I look at Texas State, I see a strong offensive outfit that can make plays, throwing and running,” Aranda said. “I see a lot of creativity on offense. I think their skill jumps out at you. I think they’ve done some work to rebuild their lines on both sides of the ball.”

Due to COVID-19 issues, Baylor never had the luxury of building toward Big 12 play in 2020. But that will change as the Bears open with their first-ever road trip to San Marcos.

Baylor coach Dave Aranda wants his team to establish an identity in the season opener against Texas State on Saturday in San Marcos.

Senior Trestan Ebner will be a key factor as the Bears attempt to improve their running game after averaging 90.3 yards rushing per game last season.

Baylor starting quarterback Gerry Bohanon will work on improving play-action passes in the season opener against the Bobcats.