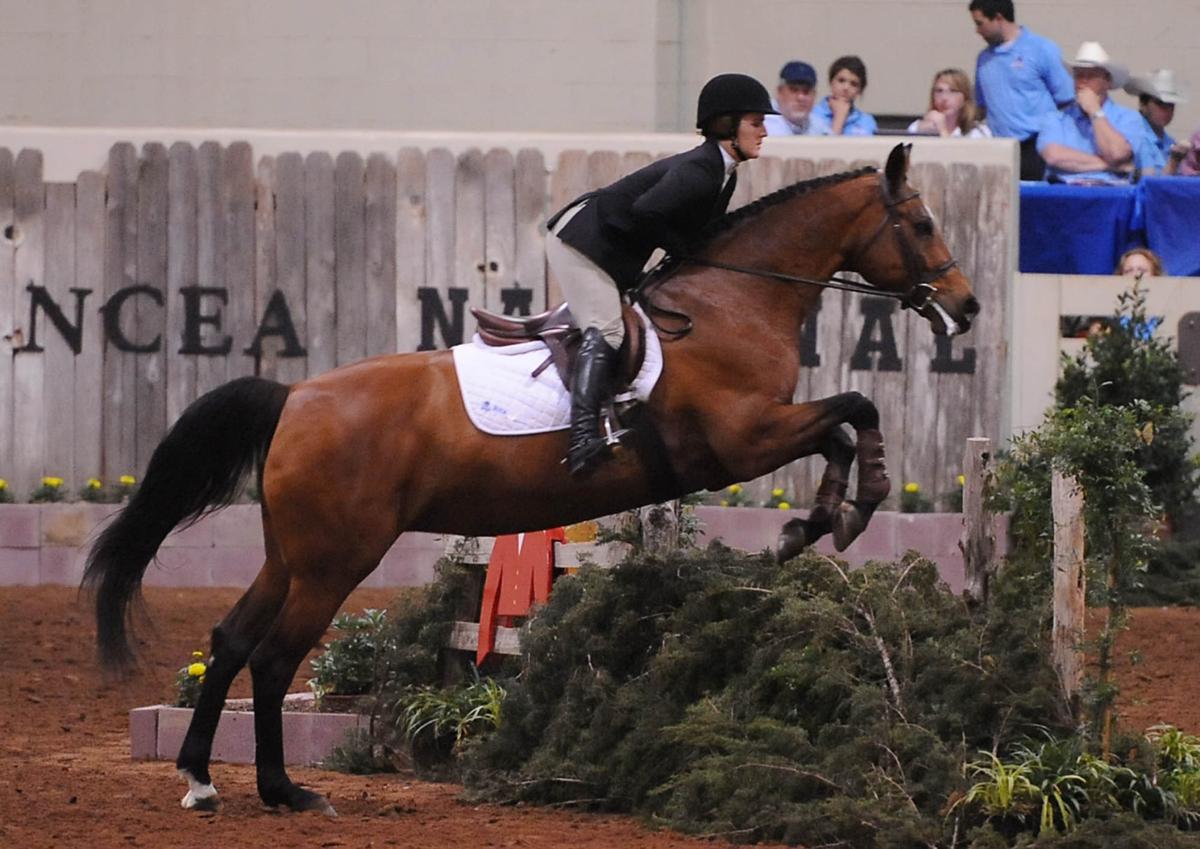 Sam Schaefer was a three-time All-American at Baylor who helped the Bears win the NCEA Jumping Seat title over Texas A&M in 2012. 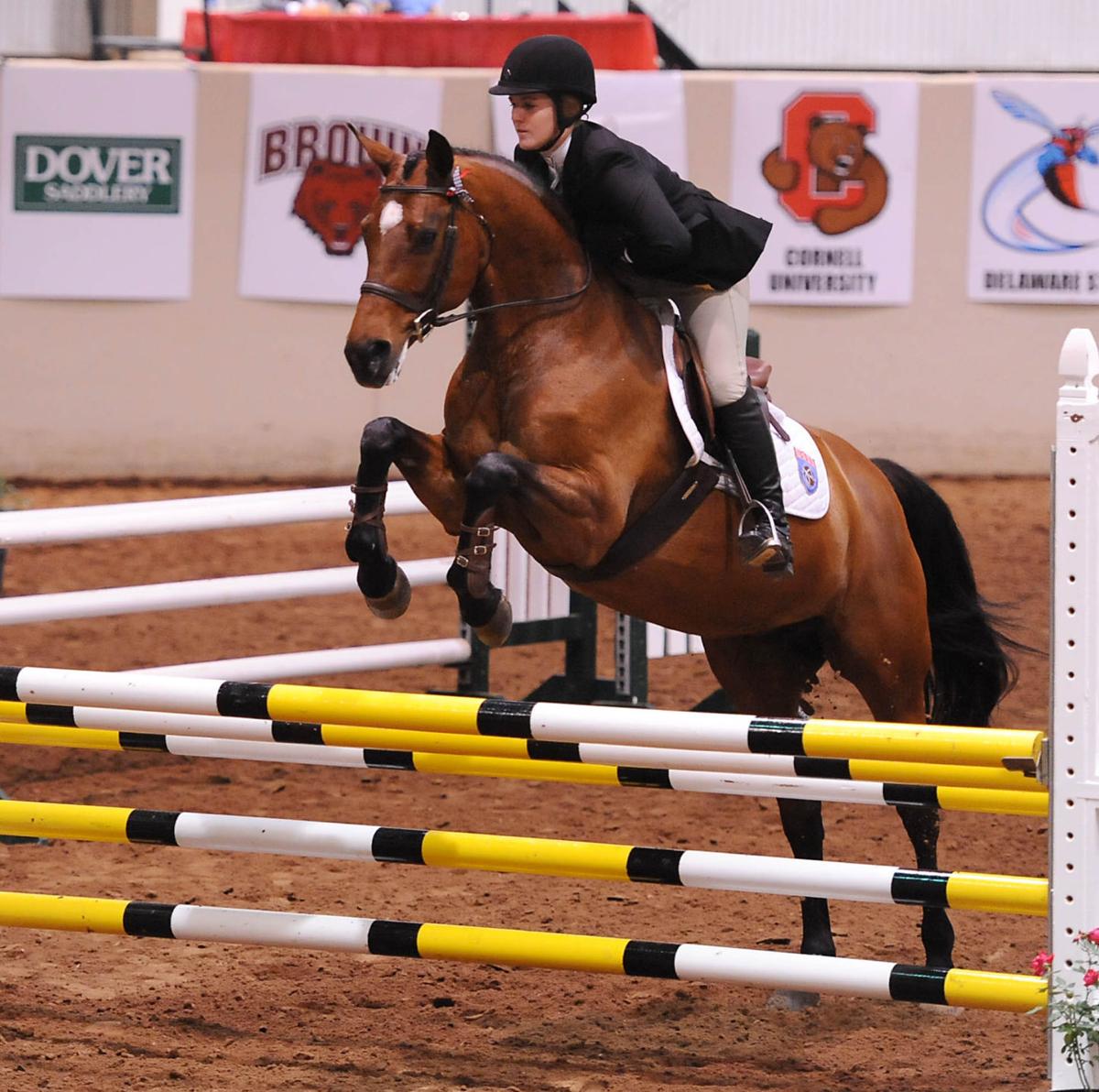 Sam Schaefer, a three-time All-American, has been selected as Baylor's Jumping Seat Rider of the Decade. 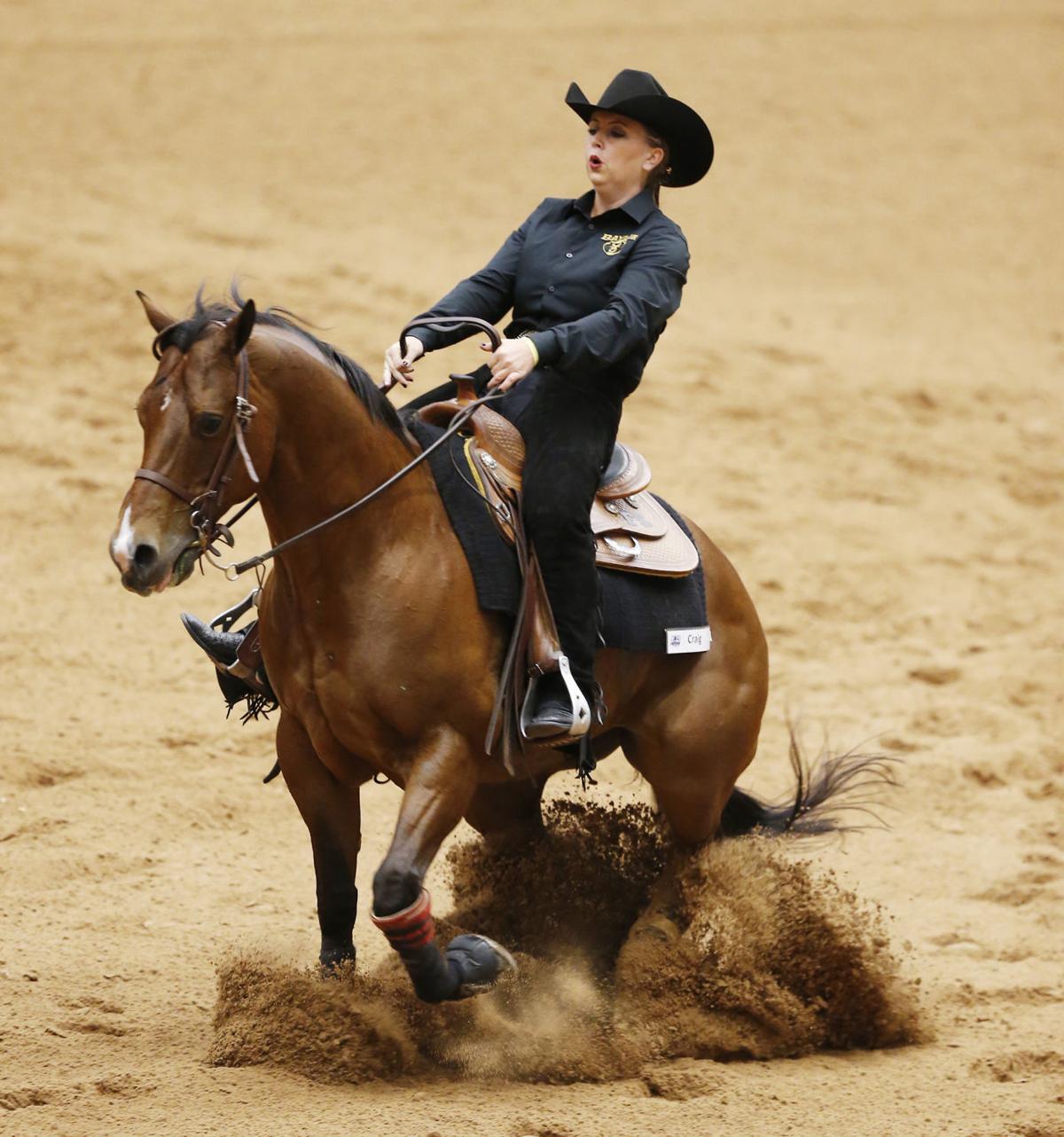 Mary Brown, a former all-conference and All-America star, has been chosen as Baylor’s top Western rider on the All-Decade team for equestrian.

Sam Schaefer had only been on the Baylor campus for a few months when a national championship was suddenly riding on her shoulders.

Defying the pressure, the freshman was unshakable as she delivered a near-perfect ride in equitation over fences as Baylor won its first and only NCEA championship.

“It was a cool feeling, not only for myself but also for the team because we had never done it before,” Schaefer said. “I think everyone around me was more nervous and hyped up than I was. But it meant a lot for the seniors and everyone else in the program.”

Schaefer was chosen Baylor’s Jumping Seat performer of the decade while teammate Mary Brown was the Western rider of the decade as selected in a joint venture by the Tribune-Herald and Baylor athletics.

After arriving at Baylor for the spring semester of 2012, Schaefer only had a handful of collegiate rides under her belt before she was named the Jumping Seat most outstanding performer in the NCEA championship.

But in the following three years, everyone in college equestrian discovered who she was.

Schaefer became a three-time All-American in both equitation over fences and equitation on the flat. Big things were expected of her when she traveled across the country from Westminster, Md., to join the Baylor squad, and she delivered in a big way.

“I was better at fences coming in, but the flat was a bit of an adjustment and it took a little bit of work,” Schaefer said. “Ellen White, who was the coach at the time, worked a lot with me on the flat and I improved. I was very familiar with the pressure of competing. But before I came to Baylor, it was more of an individual accomplishment.”

Memorable isn’t a strong enough adjective to describe the 2010s in Baylor athletics.

Competing for a team was a big change for Schaefer, but she loved the camaraderie. Her Baylor teammates were always confident that she would come through with a big ride.

“The team aspect of it was neat to feel because you had so many people there to support you,” Schaefer said. “When you had a good day, everyone had a good day. When you rode, it felt bigger. It was more than you and your horse. It was all about working together.”

Since her college career ended in 2015, Schaefer has continued to compete professionally in equestrian. But she definitely left her mark at Baylor.

“I always looked up to her,” Brown said. “I thought she was amazing, and everyone else on the team did too. We knew when she headed into the arena, we were like ‘We’ve definitely got this one.’”

Coming to Baylor from Kelseyville, Calif., in 2012, Brown gave the Western riding team a huge boost. She made major contributions during her last two seasons as she was named Big 12 most outstanding performer in horsemanship for Baylor’s 2015 conference championship team before earning second-team All-America honors in horsemanship in 2016.

“Definitely horsemanship was my best event,” Brown said. “I didn’t have a ton of experience in reining but I got much better. I love the intricate details of horsemanship and how the smallest thing could make a huge difference in the outcome.”

Since most riders grow up competing on their own horses, one of the biggest challenges at the college level is adjusting to a new horse in equestrian meets.

“Depending on the horse, some are much more willing to help you get through the ride successfully,” Brown said. “But I like the difficult ones because it’s more satisfying when you can win on a real tricky horse.”

For the last three years, Brown has coached Western riding at Fresno State. The Bulldogs finished fourth in the NCEA rankings during the past season, but the NCEA championship in Waco was cancelled due to the outbreak of the coronavirus.

“The job opened up at the right time, and I was excited when they reached out to me,” Brown said. “We were doing an amazing job when the season ended. We’ve come a long way and it’s been very fun to see them improve so much in the last couple of years.”

Joining Schaefer on the Jumping Seat team were Alicia Gasser, Lisa Goldman and Savannah Jenkins. Brown was joined on the Western team by Abbi Demel, Bryn Lindley and Ginger Chant.

Lisa Goldman (2008-12): Always a valuable member of Baylor’s squad, Goldman emerged as a first-team All-American in fences as a senior in 2012 as she helped the Bears win the Jumper Seat national championship. She was a two-time Big 12 championship most outstanding performer in 2010-11 and was the conference’s fences rider of the year in 2012.

Abbi Demel (2015-19): Now Baylor’s Western assistant coach under Casie Maxwell, Demel was a superb performer for the Bears who was named first-team All-American in horsemanship in 2017 and second team in 2018. She was the most outstanding performer in the 2019 Big 12 championship and was a three-time NCEA national rider of the month.

Bryn Lindley (2010-14): Lindley enjoyed a remarkable senior year as she was named first-team All-American in horsemanship and earned Big 12 rider of the year in that event. She was a two-time all-Big 12 selection in 2013-14.

Ginger Chant (2013-17): One of the best reining performers in Baylor history, Chant received first-team all-Big 12 honors in 2016 and earned honorable mention All-American that season. She was usually at her best in Big 12 championship events as she went 4-1 in head-to-head competition.

ARLINGTON — Six seasons ago, Jairon McVea arrived at Baylor in virtual anonymity as a walk-on way off everybody’s recruiting radar.

Sam Schaefer was a three-time All-American at Baylor who helped the Bears win the NCEA Jumping Seat title over Texas A&M in 2012.

Sam Schaefer, a three-time All-American, has been selected as Baylor's Jumping Seat Rider of the Decade.

Mary Brown, a former all-conference and All-America star, has been chosen as Baylor’s top Western rider on the All-Decade team for equestrian.