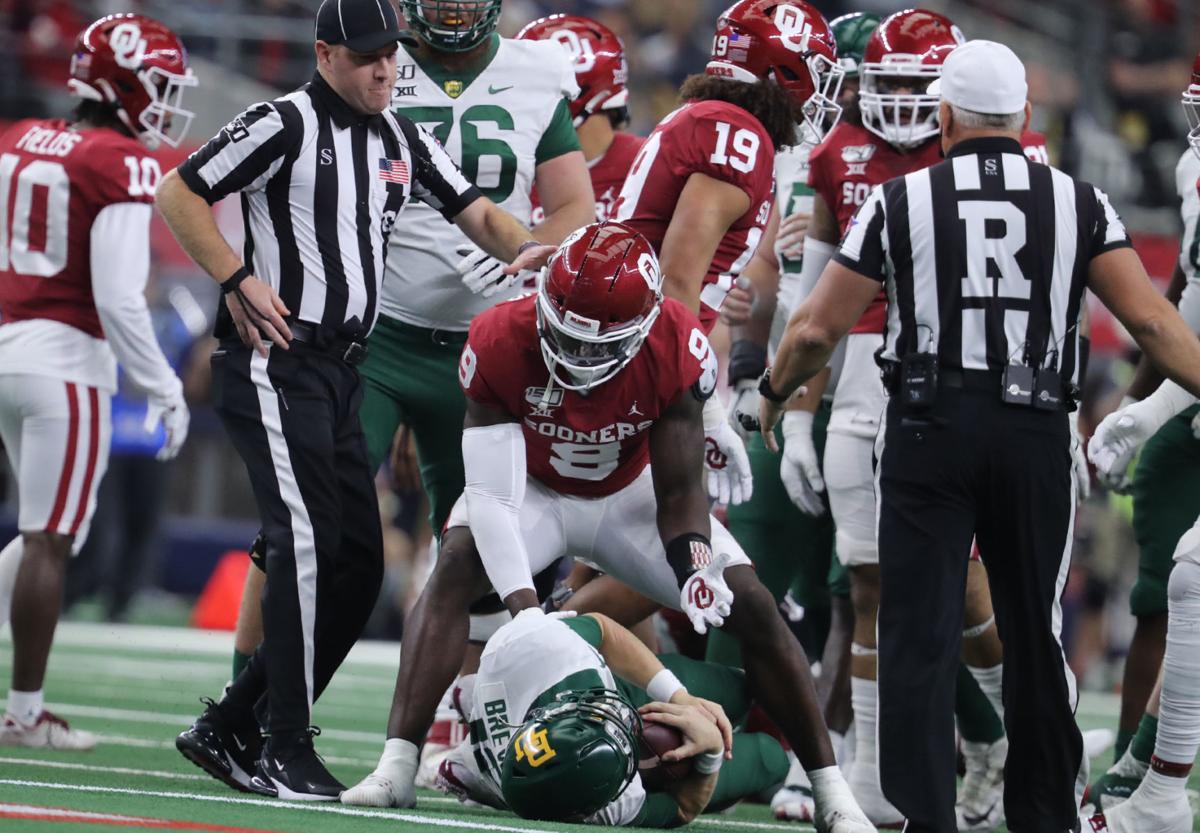 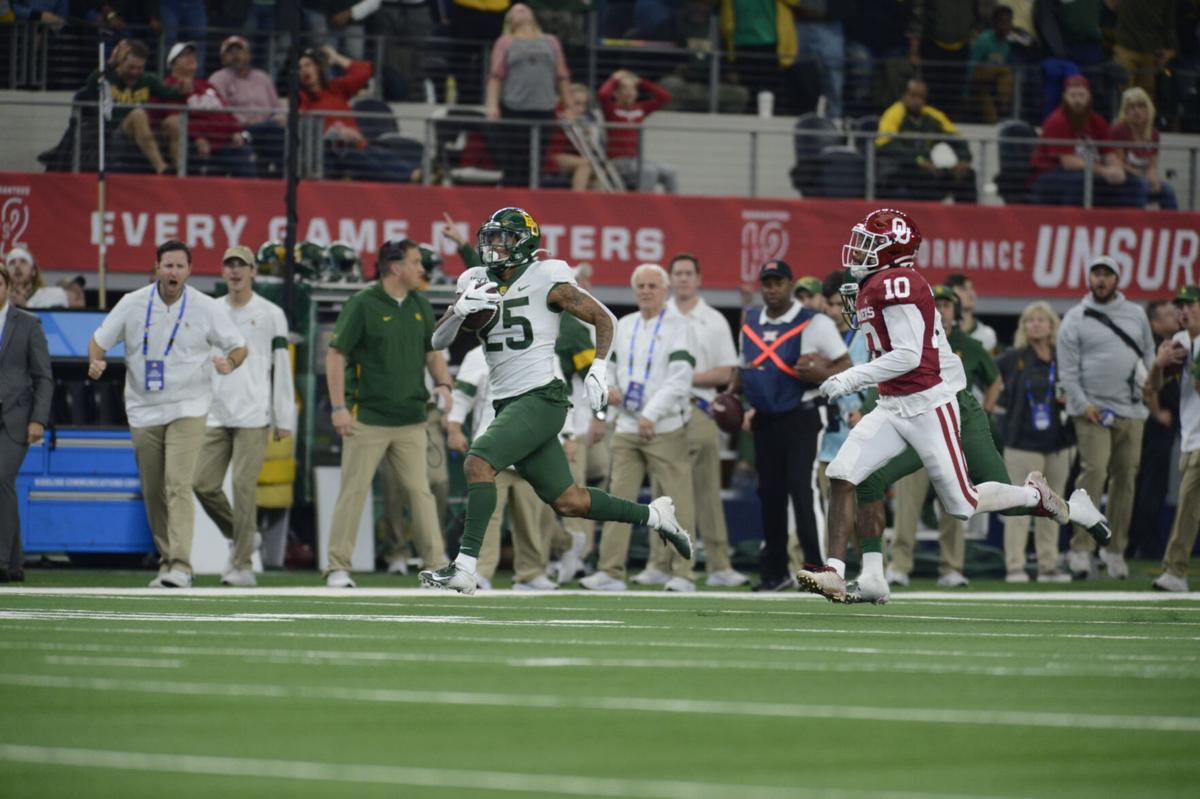 Baylor running back Trestan Ebner (25) raced to the end zone chased by Oklahoma safety Pat Fields (10) in the second half. It was the longest play from scrimmage in the Big 12 Championship game. 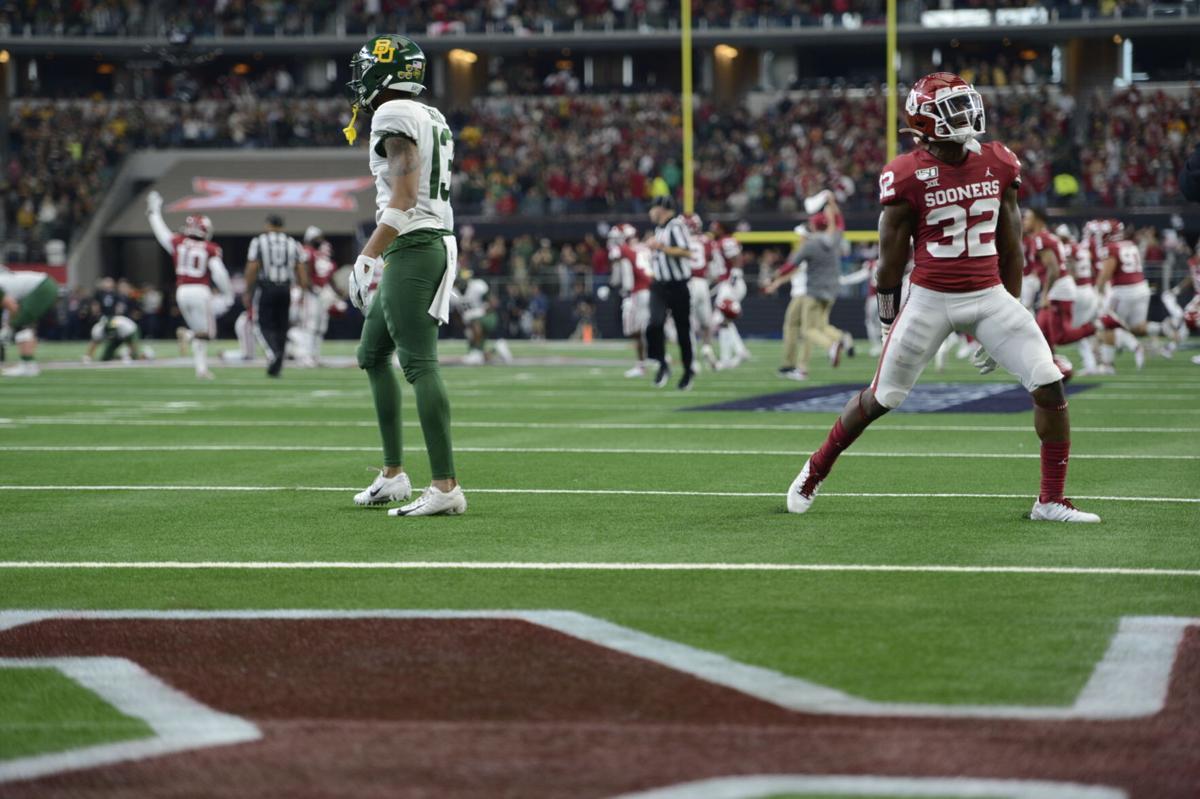 With the Bears falling to Oklahoma, 30-23, in overtime in Saturday’s Big 12 championship game at AT&T Stadium, coupled with LSU’s win over Georgia in the SEC title game, Baylor figures to be headed to New Orleans to play in the Sugar Bowl. That’s because Oklahoma seems destined to move into the College Football Playoff, and the Sugar Bowl pits the Big 12’s and SEC’s teams not in the playoff.

That means a Baylor-Georgia matchup on Jan. 1, 2020, in New Orleans. The official bowl announcements will be made on Sunday.

“I told (my players), ‘Get on the bus and root for LSU to beat Georgia,’” Baylor coach Matt Rhule said. “No disrespect to the Bulldogs – root for LSU to beat Georgia, let’s hope (Oklahoma) goes to the College Football Playoff and represent the Big 12. … Let’s go play one more game together, let’s finish as a top 10 team, and let’s get to 12 wins, which has never been done (at Baylor). More importantly, we’ll be back.”

The Baylor fans in attendance were abuzz when they saw No. 4 take the field for the Bears.

No, Clay Johnston wasn’t back in the lineup. But the senior linebacker, whose season ended in October due to a knee injury, served as one of the four BU captains for Saturday’s Big 12 championship game against Oklahoma at AT&T Stadium.

Baylor’s defenders have had a “win it for Clay” mindset ever since Johnston went down. So to have him back on the field, even for a moment, was special.

“That was huge,” said sophomore linebacker Terrel Bernard, Johnston’s replacement. “It was something we talked about all week. I feel so sorry for him that he couldn’t play in this game, but having him out there as a captain shows what kind of leader he is and what kind of a person he is.”

Baylor quarterback Charlie Brewer left the game in the first half, after referee Mike Defee informed the BU sideline to take another look at the quarterback.

Brewer looked wobbly after taking several hits from the Sooner defense. After Defee approached Baylor coach Matt Rhule, Baylor’s medical staff ruled Brewer out and he left for the locker room with just over six minutes to go in the second quarter. Redshirt freshman Gerry Bohanon took over for the Bears at that point.

“Mike Defee came over and said, ‘Coach, can you look at Charlie?’” Rhule said. “I had been talking to Charlie on the sidelines and he didn’t seem out of it to me, but I’ve got a lot of respect for Mike Defee. When he said that, I called over to (trainer) Matt (Kuehl) and said, ‘Hey, they’re saying on the field they’re concerned about Charlie.’

“So our training staff took him, got him to the doctor, and then they ruled him out for the rest of the game.”

Brewer was under constant pressure, and finished just 3-of-6 for 15 yards while being sacked twice. Bohanon played until the fourth quarter, when his sore knee prompted the BU coaches to turn to third-string true freshman Jacob Zeno.

It didn’t take long for Jacob Zeno to reach the Big 12 record books.

Zeno’s 81-yard touchdown pass to Trestan Ebner on his second play from scrimmage was the longest play in the history of the Big 12 title game. The previous record was an 80-yard punt return by Colorado’s Jeremy Bloom against Oklahoma in 2002.

“I had to make a throw, and he caught the ball and just scored,” Zeno said. “I was a little nervous at the beginning, but at the end of the day it’s just football.”

Lynch stuffs another record into his sack

James Lynch bags records as fast as he does quarterbacks.

“I’m not focused on any of that right now, but it’s a great honor for me to have that next to my name,” Lynch said.

ARLINGTON – As the Baylor team made the slow trudge to the locker room, disappointment appeared on every face. It was unmistakable. Every coac…

Baylor running back Trestan Ebner (25) raced to the end zone chased by Oklahoma safety Pat Fields (10) in the second half. It was the longest play from scrimmage in the Big 12 Championship game.