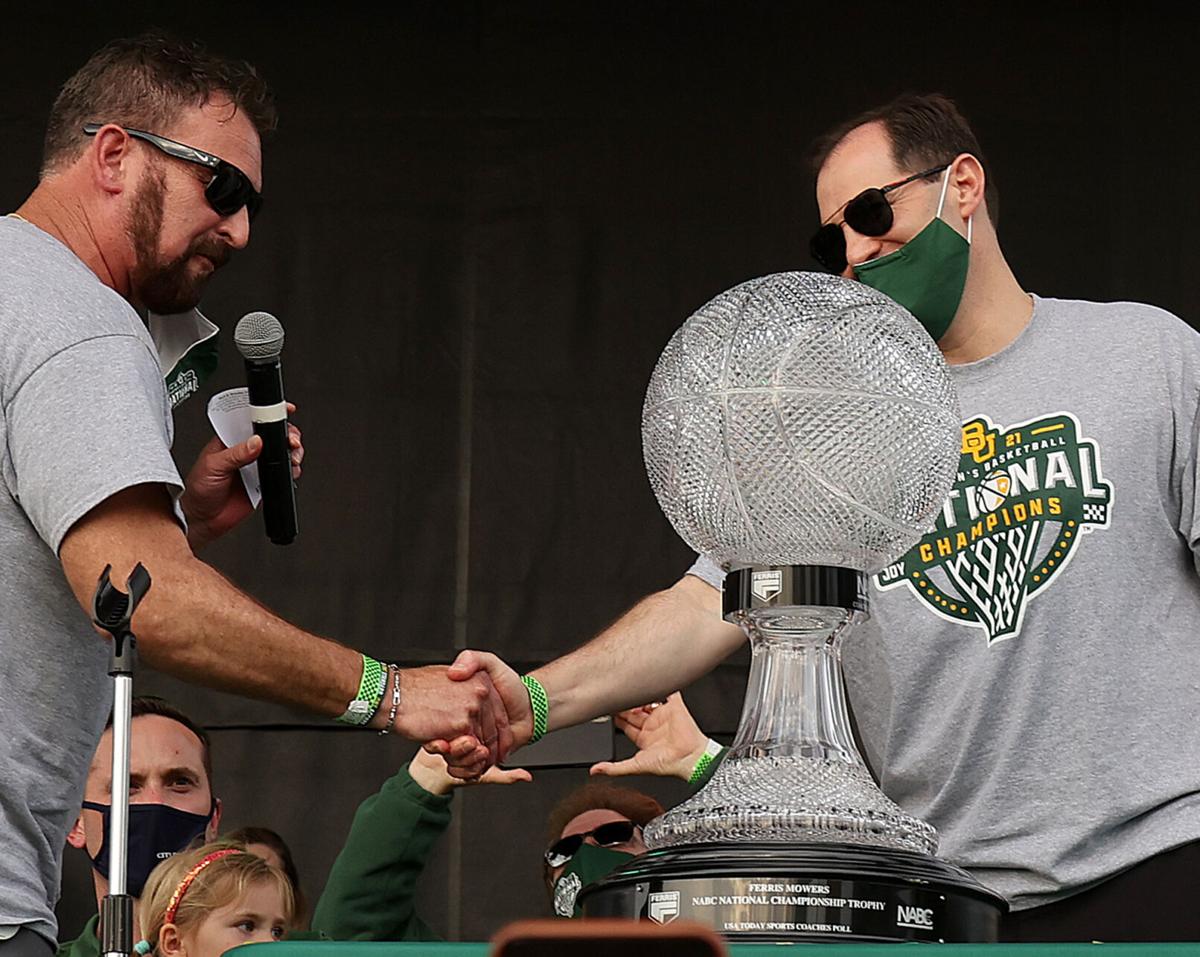 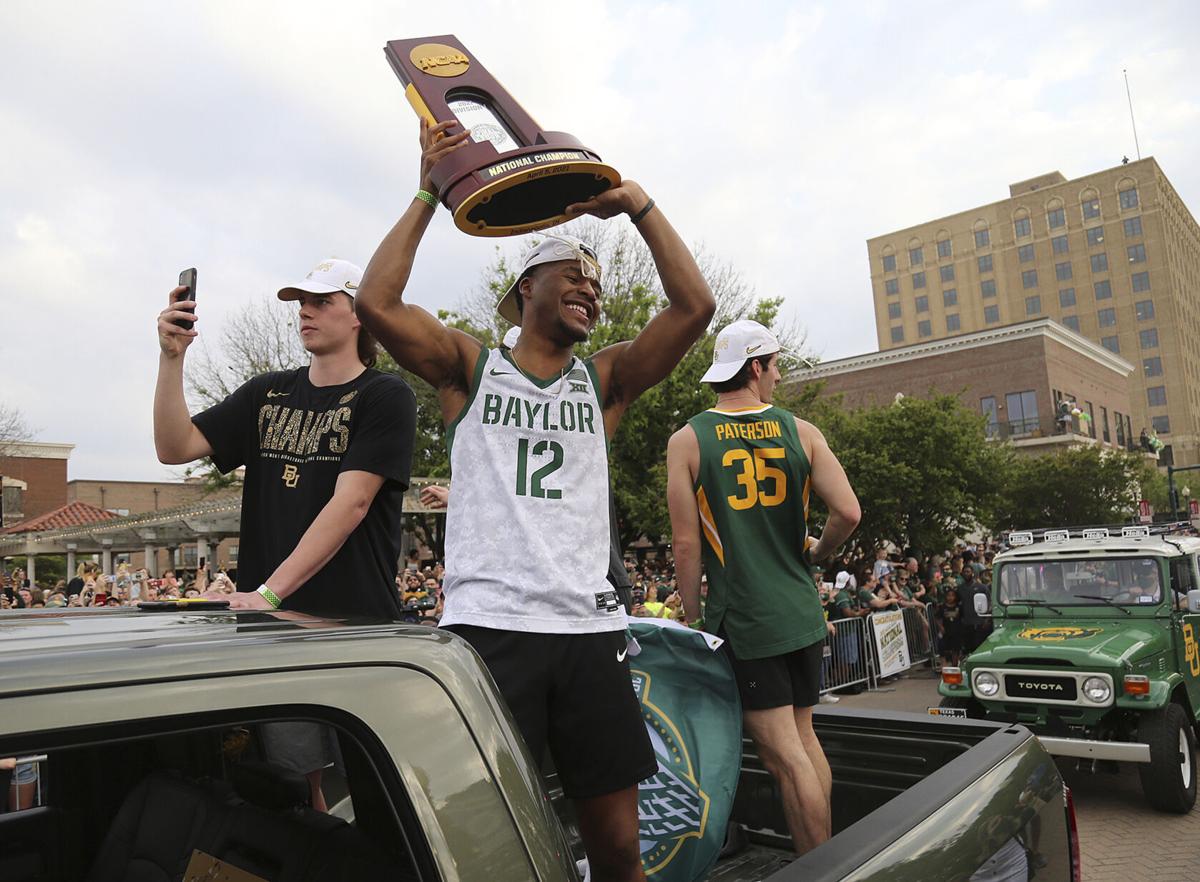 WACO — Baylor University and men’s basketball head coach Scott Drew have refused to accept a vehicle wrapped with the school’s national championship logo after an insensitive remark made by the dealership’s general manager when discussing it during a live TV interview.

The customized Jeep Wrangler was driven in the team’s championship parade through downtown Waco on Tuesday night, and was then going to be given to the school for Drew to use for the next year.

When talking about the vehicle with KWTX-TV before the parade started, Ted Teague, GM of the Allen Samuels dealership in Waco, said Drew could enjoy the Jeep and “use it to recruit, pull some people out of the hood.” Based on his own changed facial expression as the reporter started to ask another question, Teague knew immediately that the remark was inappropriate. He apologized on Wednesday.

Baylor athletic director Mack Rhoades and Drew said in a joint statement Wednesday that they had spoken to Teague about what he said.

“His remarks do not align with our institutional values or the culture of our athletic programs. We can confirm we are not accepting the Jeep driven in the parade on Tuesday. As a department, we are committed to recruiting a diverse group of student-athletes, coaches, and staff, all of whom are valued members of our community,” the statement read.

The dealership had provided women’s coach Kim Mulkey a Corvette to use for a year after the Lady Bears won national championships in 2005, 2012 and 2019. The men won their first national title with an 86-70 win over previously undefeated Gonzaga on April 5.

Teague issued a statement of apology on Wednesday, asking for forgiveness and the opportunity to seek redemption. He said he misspoke in using the word “hood.”

“As the word came out of my mouth, I instantly knew it was the absolute wrong word,” Teague said in his statement. “I know that I disrespected a countless number of people within our amazing Waco community, and beyond. I am deeply disappointed and saddened by my actions and offer each of you my most sincere apologies.”

Copyright 2021 The Associated Press. All rights reserved. This material may not be published, broadcast, rewritten or redistributed without permission.

Nicki Who? Baylor AD Mack Rhoades follows his own path when hiring coaches — who knows how it’ll work out? But it would be wise to get to know Collen and at least give her a chance.

It doesn’t mean that a series loss is imminent, but the Baylor baseball team’s return from its finals break has already hit a snag.

Freshman post Hannah Gusters entered the transfer portal on Saturday and immediately picked LSU as her next destination.

Baylor men get 2nd transfer as Bonner signs with Bears

Baylor added its second transfer guard of the offseason as Dale Bonner from Fairmont (W. Va.) State signed with the Bears.