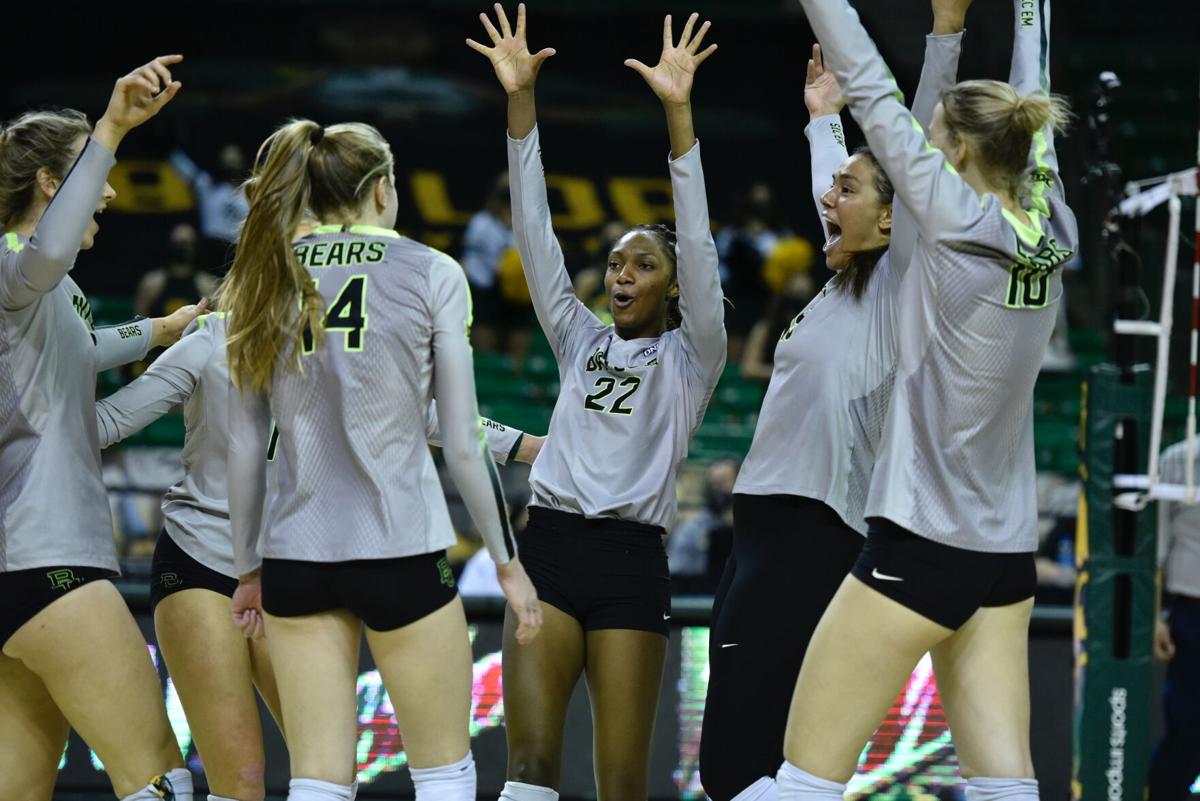 The sixth-ranked Baylor volleyball team will seek out its first win in Austin in 45 career tries when it faces the Longhorns on Wednesday. 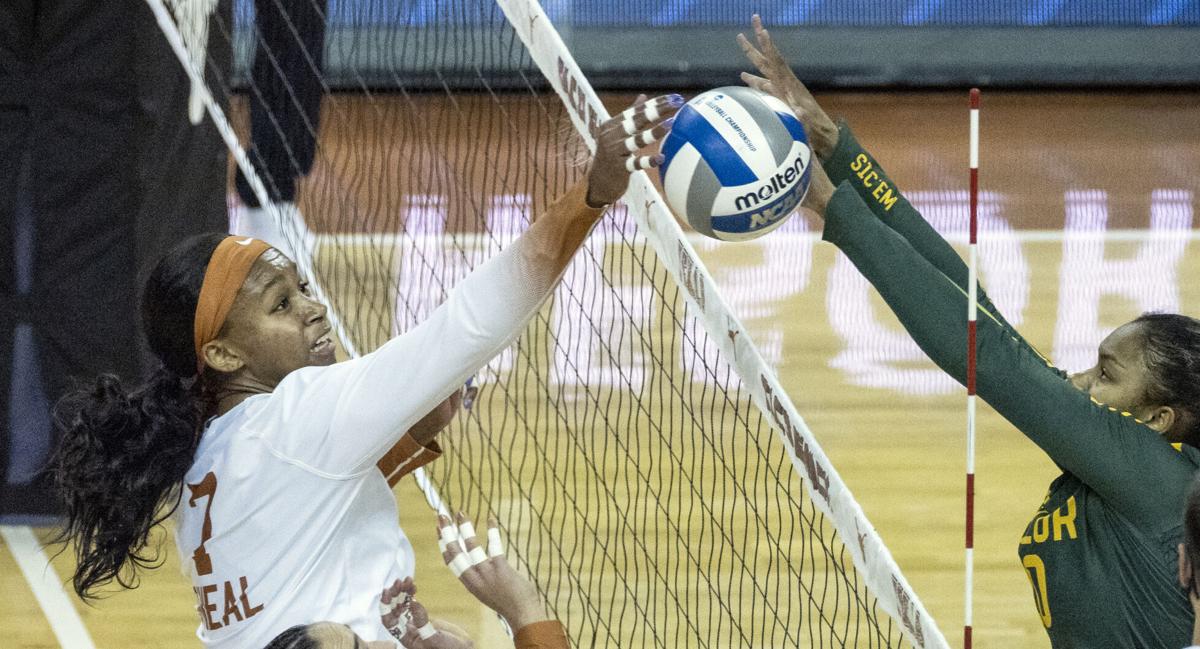 Ryan McGuyre made the comment almost off-hand, but he clearly wanted to send a not-so-subtle message to his two senior stars.

As Yossiana Pressley and Hannah Sedwick were wrapping up an interview session on Tuesday, the Baylor volleyball coach reminded them of this little nugget. “You know, it’s the last chance for you guys to win at Texas,” he said.

“I know. I thought about that,” Sedwick responded.

If Baylor’s seniors indeed want to make a bit of history and claim the program’s first-ever victory in Austin, they’ll have to get that done on Wednesday night. The sixth-ranked Bears (15-3 overall, 13-3 Big 12) will take another crack at the No. 2 Longhorns (16-0, 14-0) at 7 p.m. Wednesday at the Frank Erwin Center on the UT campus. The match won’t count in the Big 12 standings, which were decided last fall.

Though Baylor will play Texas once more this spring, that match will come in Waco on March 26. And even though Pressley and Sedwick can both return for another season in the fall thanks to the NCAA’s awarding of eligibility relief, both Baylor-Texas meetings in the 2021 season will also unfold in Waco, since Baylor played in Austin twice during the COVID-altered fall season.

So, it’s time to seize the day.

“I like bringing it up: ‘Hey, just so you guys know, this will be the last chance you have at Texas,’” McGuyre said. “I want to talk about it, and if it adds pressure or weight, we’ll thrive under that pressure. To me, it makes it more special. I think I’d get bored trying to do the same thing over and over and over again. We’re always trying to do more and something better.”

Baylor’s seniors have experienced the sensation of beating the mighty Longhorns before. Texas is perpetually one of the nation’s elite teams, but the Bears split with the Longhorns in 2019 to share the Big 12 championship, then Baylor proceeded to venture on to the program’s first Final Four once the NCAA tournament commenced.

However, that five-set triumph came in Waco. In Austin, Baylor is 0-44 all-time. That includes a pair of gritty five-set defeats last fall.

In those two matches, Pressley might’ve bumped her noggin on the Erwin Center’s roof, as she elevated her already lofty play even higher than usual. The All-American outside hitter delivered her two most prolific outputs of the season against the Longhorns, with 29 and 32 kills, respectively. However, if Baylor is going to upend Texas, it’s going to have to be less Yossi-reliant.

“You know, Yossi, in those losses, probably in all of her career (produced) some of her most spectacular plays that she’s made,” McGuyre said. “It’s a team game, and players can carry you and carry the load, but to go deep in the tournament we’ve got to have production — and good production — in other areas.

“Fall was a rocky start. We saw great, great things from Lauren Harrison. And I think with Kara (McGhee) and adding Preslie (Anderson) to the mix right now, we have all the pieces in place. We’ve just got to get everybody battle-tested a little more in those types of matches.”

Against the steady Longhorns, it’ll be paramount for the Bears to show a diversity of attack. That means even when they’re feeding Pressley the ball, they need to send her to different spots, including allowing her to hit out of the back row, to keep Texas on its toes.

Baylor’s blocking, led by McGhee, and its back-row passing must also compete at a high level if the Bears are going to stuff a win over Texas into their duffel bags and carry it home from Austin. The Longhorns ought to wear boxing gloves to the court, because they have that many heavy hitters. Logan Eggleston leads the team with 262 kills, but Skylar Fields (168), Asjia O’Neal (125) and Brionne Butler (119) excel at pounding putaways as well.

“I’m excited, honestly,” Pressley said. “It’s amazing to just go there and play and just have that caliber of team challenge us in new ways. I’m excited to see what we’ve learned from this past weekend and from the past two meetings there (in Austin). That stung, but I feel like we can arrive this coming Wednesday.”

Baylor’s Yossiana Pressley has been named as one of 30 NCAA volleyball players as a candidate for the 2021 Senior CLASS Award, which recognizes excellence on and off the court.

To be eligible, a player must be a senior and show notable achievements in the areas of community, classroom, character and competition. CLASS is an acronym for Celebrating Loyalty and Achievement for Staying in School.

Pressley ranks second all-time at Baylor in kills and has already picked up her bachelor’s degree, and is now working toward her master’s in sports pedagogy. She serves the Waco community by donating time to youth volleyball cubs as a guest speaker, and has traveled with Baylor groups on mission trips to Kenya and Mexico.

The winner of the award will be announced in April.

The sixth-ranked Baylor volleyball team will seek out its first win in Austin in 45 career tries when it faces the Longhorns on Wednesday.