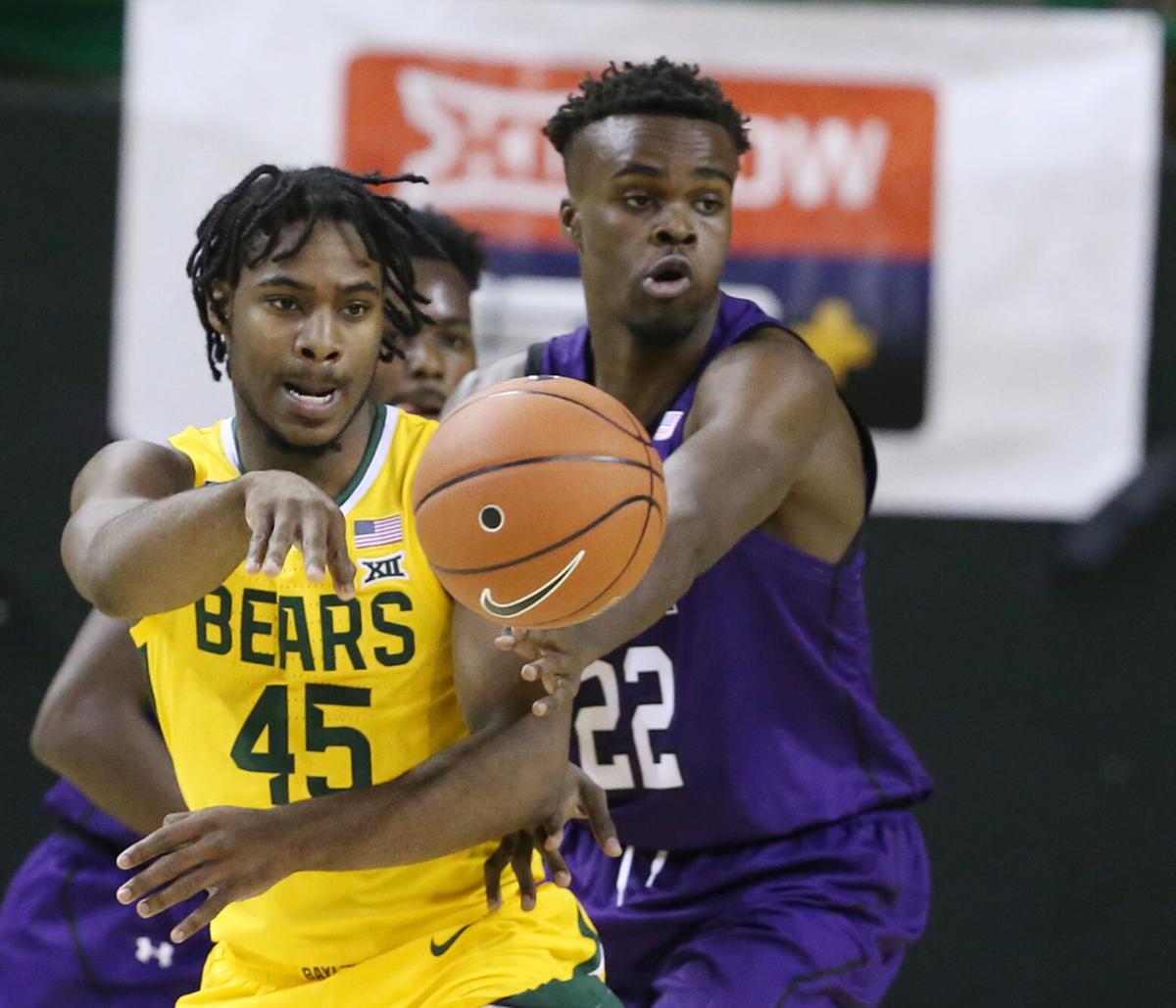 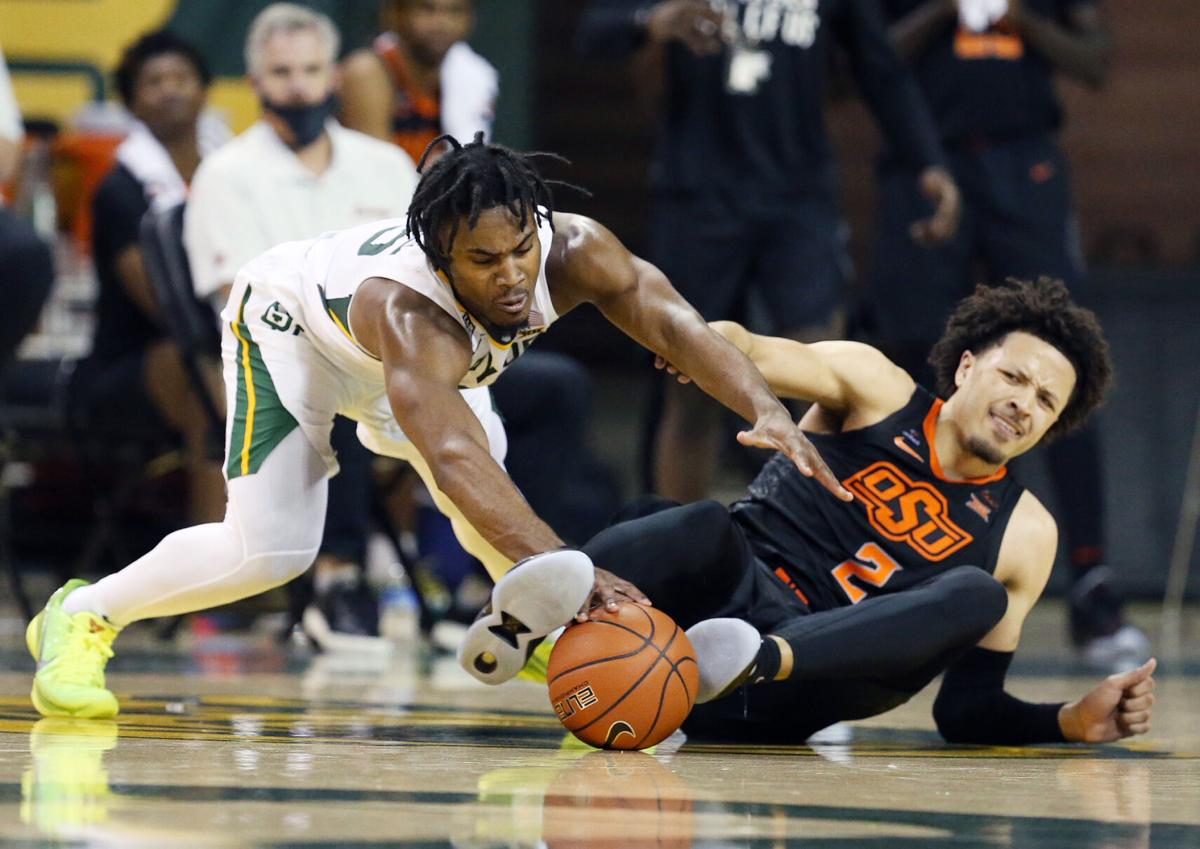 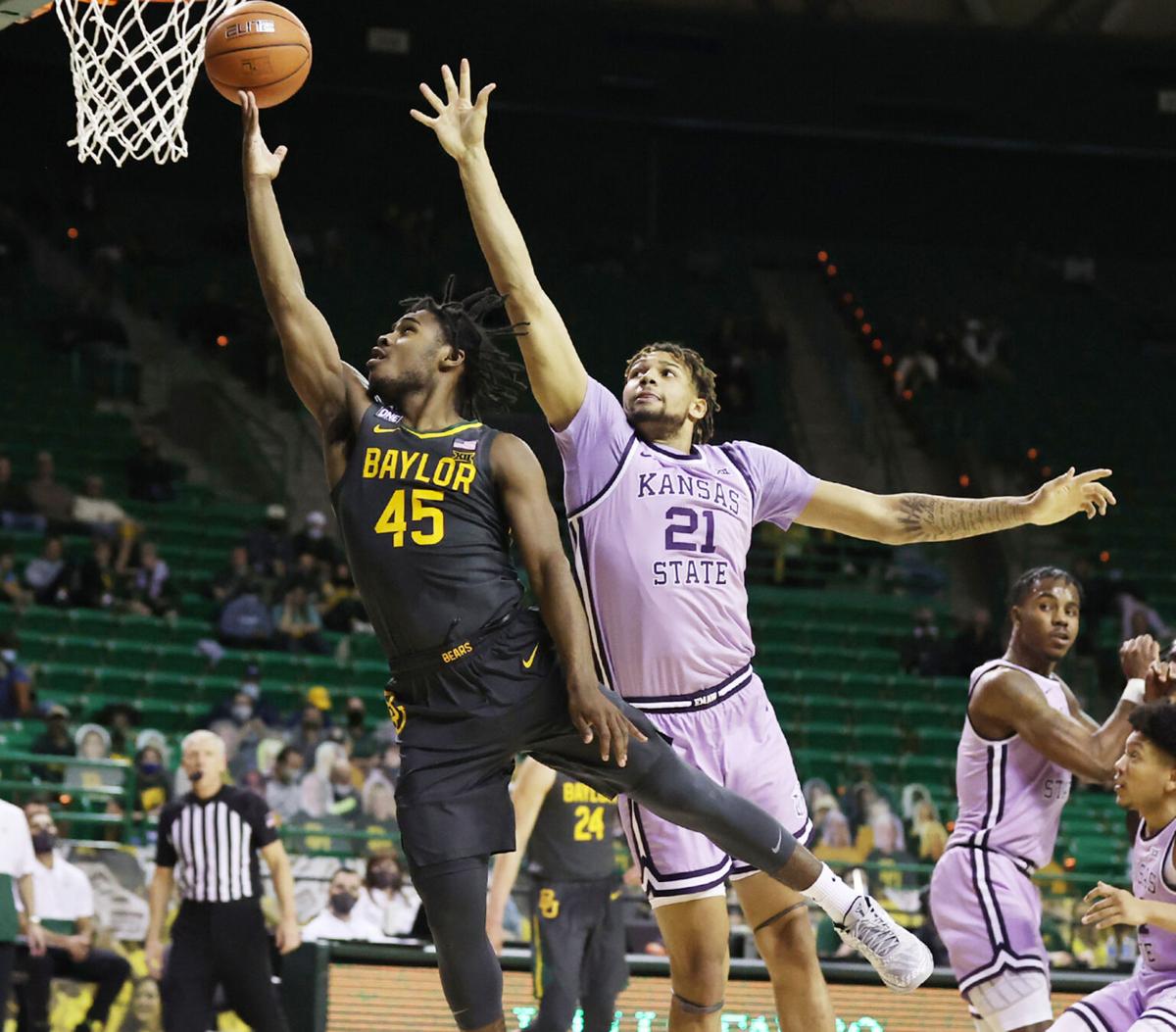 INDIANAPOLIS — Davion Mitchell protects the perimeter like it’s his property with a No Trespassing sign posted at the arc.

No guard in the country can match Mitchell’s defensive intensity, skill and instincts.

With his strength and athleticism, the fourth-year junior often frustrates opponents into fumbling the ball or throwing an ill-advised pass. He’s so schooled in the tendencies of the players that he’s guarding that he often anticipates their next step and draws charges.

“His defensive IQ on the ball is extremely high,” said Baylor guard MaCio Teague. “He understands where people are going to drive. He says that it’s all effort, but that 1,000 percent is a lie. It’s like 50 percent effort, 50 percent skill. His mind defensively on the ball really helps you understand a different way.”

It would be a major contribution if inspired defense was all Mitchell brought to No. 1-seeded Baylor’s 24-2 team that faces No. 5 Villanova in Saturday’s Sweet 16 at Hinkle Fieldhouse. Mitchell’s defensive prowess is well known as he’s one of four finalists for Naismith defensive player of the year.

But Mitchell has soared up NBA mock draft boards as a potential first-round pick because his offensive game has improved so dramatically this season.

As a member of the best starting guard trio in the country, Mitchell is Baylor’s third-leading scorer with a 14.1-point average behind Jared Butler and MaCio Teague. Mitchell’s 52.1 field goal percentage and 5.4 assists per game lead the Big 12.

Once an erratic long-range shooter, Mitchell’s 46.1 3-point percentage (59 of 128) would rank third nationally if he had enough attempts to qualify.

Not only did Mitchell join Butler as a first-team all-Big 12 player, he was recognized as an Associated Press third-team All-American to complement Butler’s first-team selection.

“With Davion, just physically God has given him some talent and ability that obviously you can’t coach,” said Baylor coach Scott Drew. “Elite speed, strength, power. But what you really love about Davion are his intangibles, and that starts with his character. Great teammate, really cares about his team, does anything it takes to win for the team, and his work ethic is unbelievable.”

After Baylor’s 26-4 season ended abruptly before the Big 12 tournament last March due to the COVID-19 outbreak, Mitchell went to work improving his offensive game.

In Mitchell’s first season playing for the Bears following his transfer from Auburn, he immediately emerged as one of the best defensive guards in the country. But his offensive numbers weren’t where he wanted them to be as he averaged 9.9 points while shooting 40.9 percent overall and 32.4 percent from 3-point range.

Mitchell spent a lot of the COVID-19 lockdown at Baylor’s practice gym fine-tuning his shooting form. He spent many hours with Baylor graduate assistants Matt Gray and Rem Bakamus, a former walk-on on the Gonzaga basketball team.

“Those guys were out there for me every day,” Mitchell said. “If I felt I needed to get better at something, they stayed in the gym with me and helped me get my rhythm. If we were watching film, they’d say you should do this, they’d say your feet aren’t squared.”

Watching film from last season, Mitchell saw that often his feet weren’t squared up to the basket or he was off-balanced when he shot the ball. When the ball left his hand, he wanted to get more rotation on the shot.

Resolving those technical issues aren’t the only reason his shooting percentages have soared. Playing with gifted guards like Butler, Teague and Adam Flagler, defenses can’t focus solely on Mitchell.

The Baylor guards also have 6-10 Flo Thamba and 6-8 Jonathan Tchamwa Tchatchoua setting road-block screens to get them open.

“We’re a talented team with guys that make shots, and they make it easier for me to get open,” Mitchell said. “I end up wide open when the defense is helping on other teammates, and our bigs are doing a great job setting screens. That’s why my percentages are good.”

Mitchell also finds open shots because defenses must respect his ability to drive to the basket.

With his 6-2, 205-pound frame, Mitchell looks like a running back blowing through a defensive line. He’s got the speed to burst through the lane quickly and the strength to score over bigger defenders at the rim.

“He’s dynamic on offense, he shoots the ball, gets to the goal,” said Villanova forward Jeremiah Robinson-Earl. “Defensively, he’s really tenacious and gets into the point guards he’s guarding that leads to turnovers, rebounds, blocked shots and steals. He just gets after it on the defensive end.”

After coming off the bench for Auburn as a freshman in 2017-18, Mitchell showed Baylor’s guards his defensive gifts during his redshirt season in 2018-19.

“I remember my freshman year thinking I can’t believe this is what I got myself into,” Butler said. “I didn’t think I was going to be able to play. I had more confidence going into the games than I did going into practice because I knew nobody was as good as Davion.”

Along with defensive specialist Mark Vital, Mitchell continues to inspire Baylor teammates to raise their defensive intensity. Mitchell ranks second in the Big 12 with two steals per game behind Butler, who has recorded a league-leading 2.12 steals per game.

Butler often shoots into the lane for steals after Mitchell forces a bad pass.

“I always wanted to guard the best players, I’ve always taken pride on the defensive end,” Mitchell said. “It’s definitely fun to frustrate players and get them to turn the ball over, and have the opposite coach in my ear. I love to win, and to win championships you have to play defense.”

“We have one goal here,” Mitchell said. “And 100 percent we’ve got the talent and experience.”