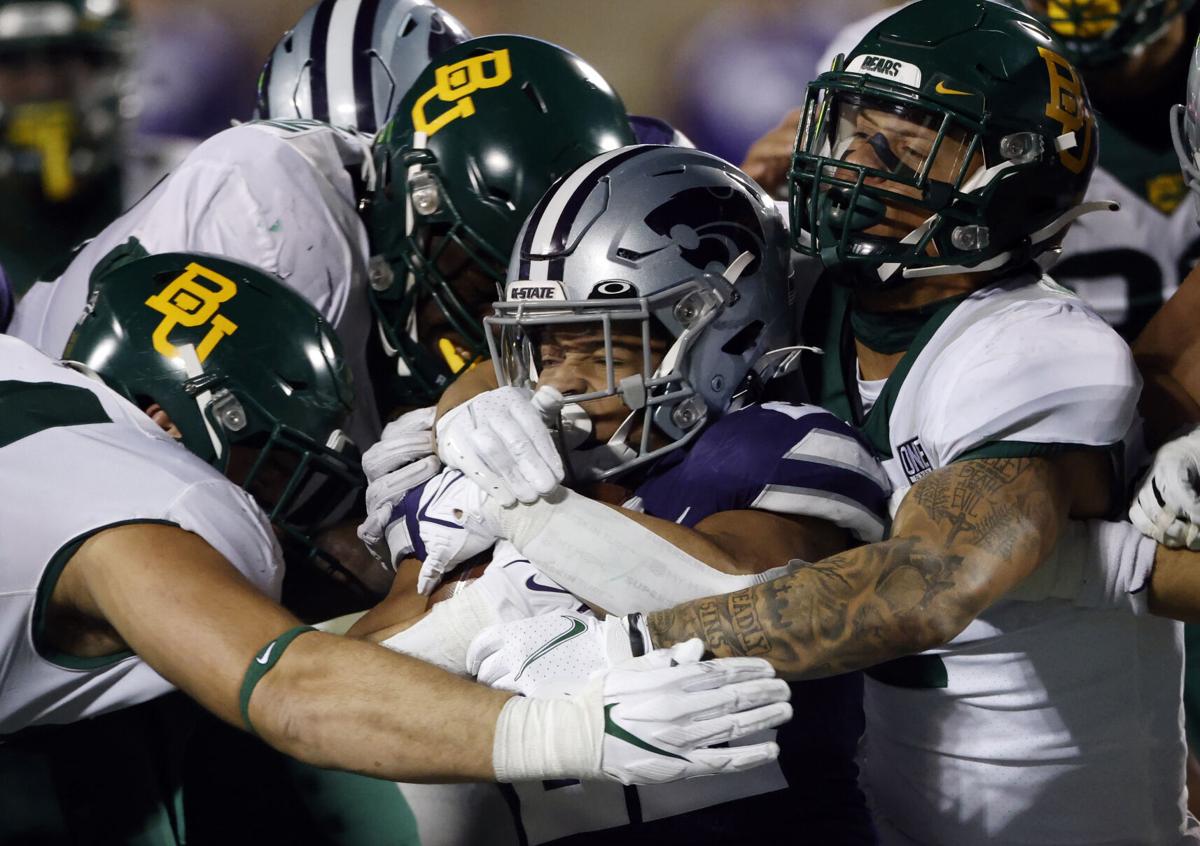 Kansas State running back Deuce Vaughn is wrapped up by the Baylor defense in the Bears' 20-10 win in Manhattan. The Bears limited the Wildcats to 263 yards total offense. 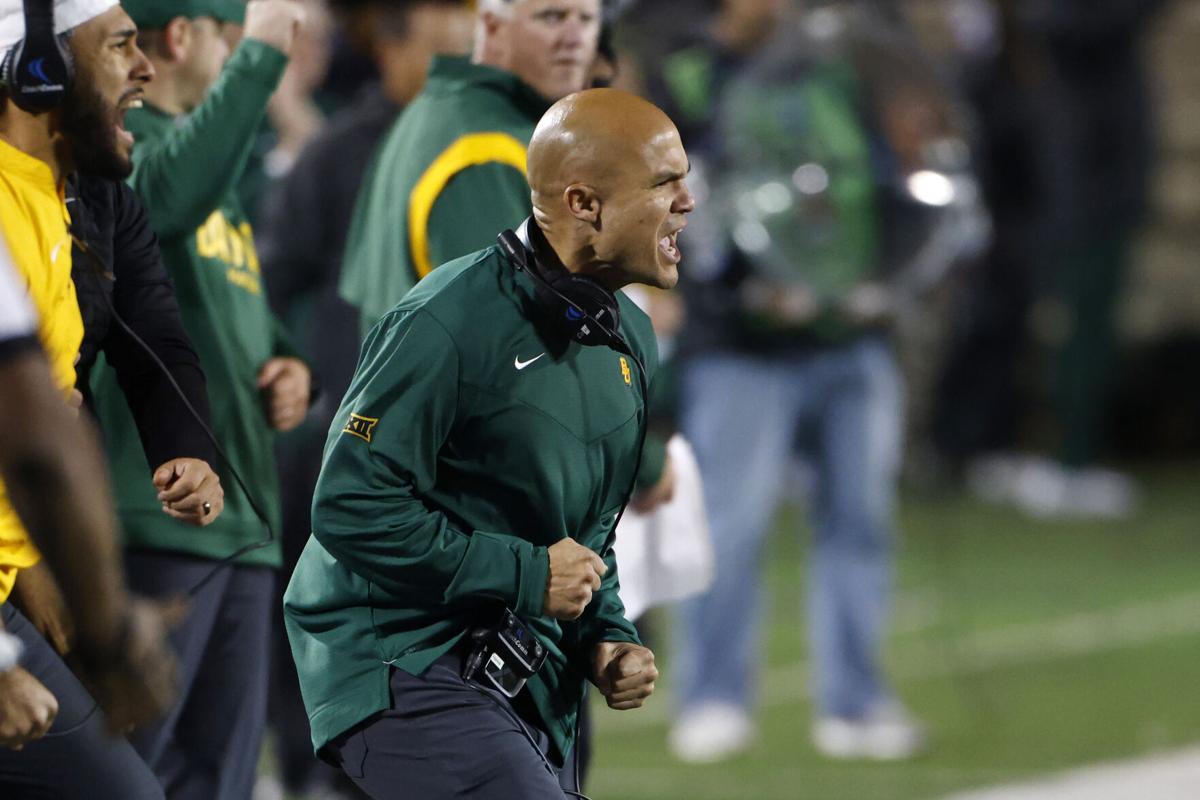 Though Sonny Cumbie has been the Red Raiders’ on-field coach after Matt Wells was fired four weeks ago, Baylor faces an extra level of preparation for Saturday’s 11 a.m. regular season finale against Texas Tech at McLane Stadium.

McGuire has focused on recruiting since Texas Tech named him head coach on Nov. 8, but he still has more insight into Baylor’s program than any other opponent since he was an assistant for the Bears for five years, including the last two seasons under Aranda.

“I think defensively there is reason to be careful with our signals,” Aranda said. “Outside of that, it’s the opponent that’s right in front of us, it’s the things that we put on tape. I think offensively Tech has shown they’re interested in opponent film. If there are weaknesses, they attack it. If there are things that hurt you in the past, they’ll notice it. So I think that’s a big part going into this game.”

With a win over the Red Raiders and an Oklahoma State win over Oklahoma on Saturday night, the Bears (9-2, 6-2) will earn a berth against the Cowboys in the Dec. 4 Big 12 championship game at AT&T Stadium in Arlington.

Baylor quarterback Gerry Bohanon is questionable for the game after suffering a pulled right hamstring late in the first half of Baylor’s 20-10 win over Kansas State on Saturday in Manhattan. If Bohanon can’t play, Aranda has confidence in redshirt freshman quarterback Blake Shapen, who played with considerable poise after stepping in against Kansas State.

“Gerry right now is still day to day,” Aranda said. “He’s getting treatment as we speak, and was up here most of yesterday doing that. So I just know in talking to him, there’s probably not going to be someone more determined to get back than him. Saturday his heart was broke. So he’s working really hard to come back. If I were to bet, I’d bet on Gerry.”

While the looming Big 12 championship game is the elephant in the room, Aranda will try to keep his team focused on beating the Red Raiders (6-5, 3-5).

“With Thanksgiving coming up, it’s going to be family and friends, and I’m sure they’re going to bring it up,” Aranda said. “But from our end, there are parts of that that we don’t control. I know what we do control is our effort, our focus and mindset on Saturday morning.”

While the Bears are coming off an impressive road win, Texas Tech dropped a 23-0 decision to Oklahoma State on Saturday in Lubbock. But the Red Raiders have shown offensive explosiveness this season by averaging 410.4 yards and 30.5 points per game.

Aranda goes back a long way with Cumbie, the Red Raiders’ offensive coordinator. Aranda was a graduate assistant at Texas Tech from 2000-02 when Cumbie was playing quarterback.

“Sonny, for my three years I was there, was our scout team quarterback,” Aranda said. “I ran the scout team for our defense, so I had the scout team offense. Sonny was my guy, man. I remember all the stories and some of the weird things I say now, I would say to him then, and he would take it all in with no facial expressions. After a while, he had heard them before. Sonny is one of my favorite all-time guys.”

Aranda is confident in Baylor’s defense with the improvement it has made throughout the season. The Bears have played some of their best football in the last two weeks, limiting a dynamic Oklahoma offense to 260 yards in the Bears’ 27-14 win before holding Kansas State to 263 yards.

“It was probably our best game to date in terms of alignment and technique and effort to the ball and tackling,” Aranda said. “I was so impressed with our coaches and our players playing this well this late in the year. It’s a credit to their willingness to learn and grow, the coaches their willingness to see people, and hear people and value people. They’ve really worked to bring the best out of them.”

Kansas State running back Deuce Vaughn is wrapped up by the Baylor defense in the Bears' 20-10 win in Manhattan. The Bears limited the Wildcats to 263 yards total offense.