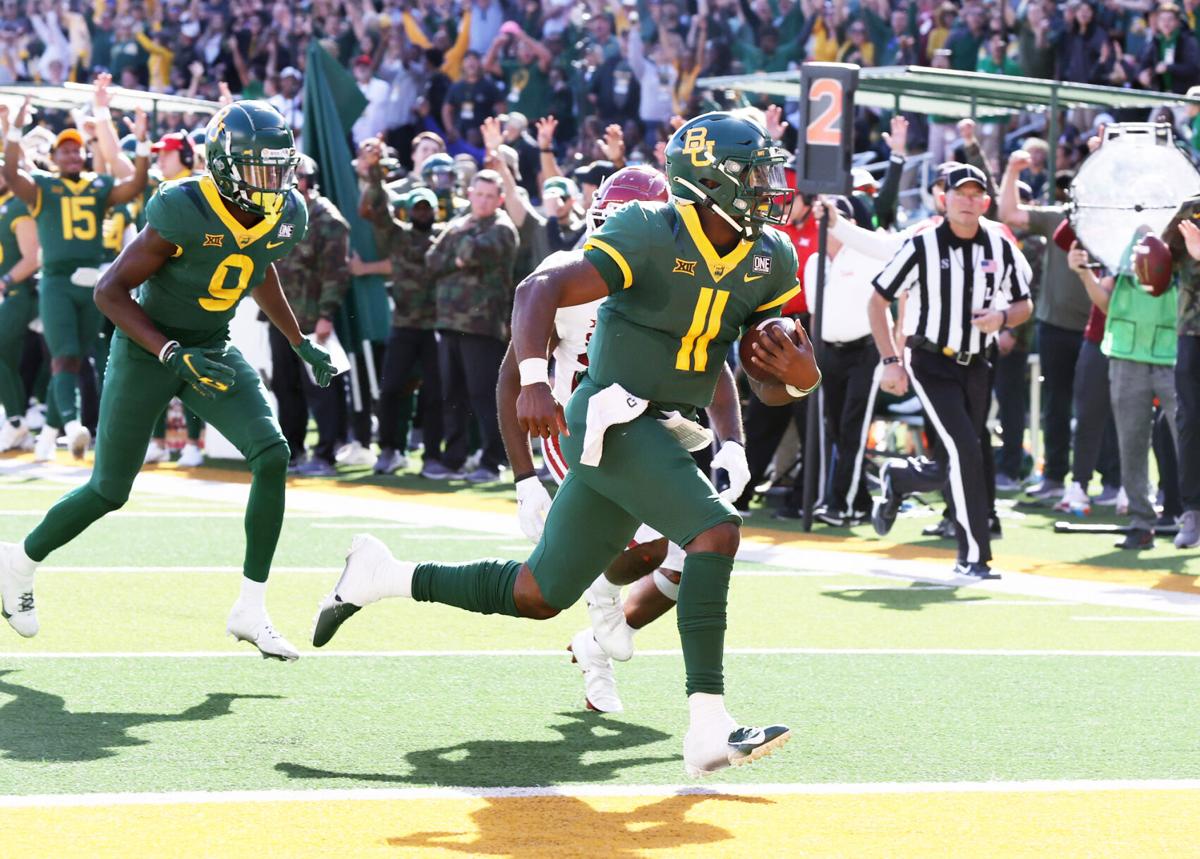 Baylor quarterback Gerry Bohanon ran for 107 yards on nine carries and scored a pair of touchdowns in last week’s 27-14 win over Oklahoma. 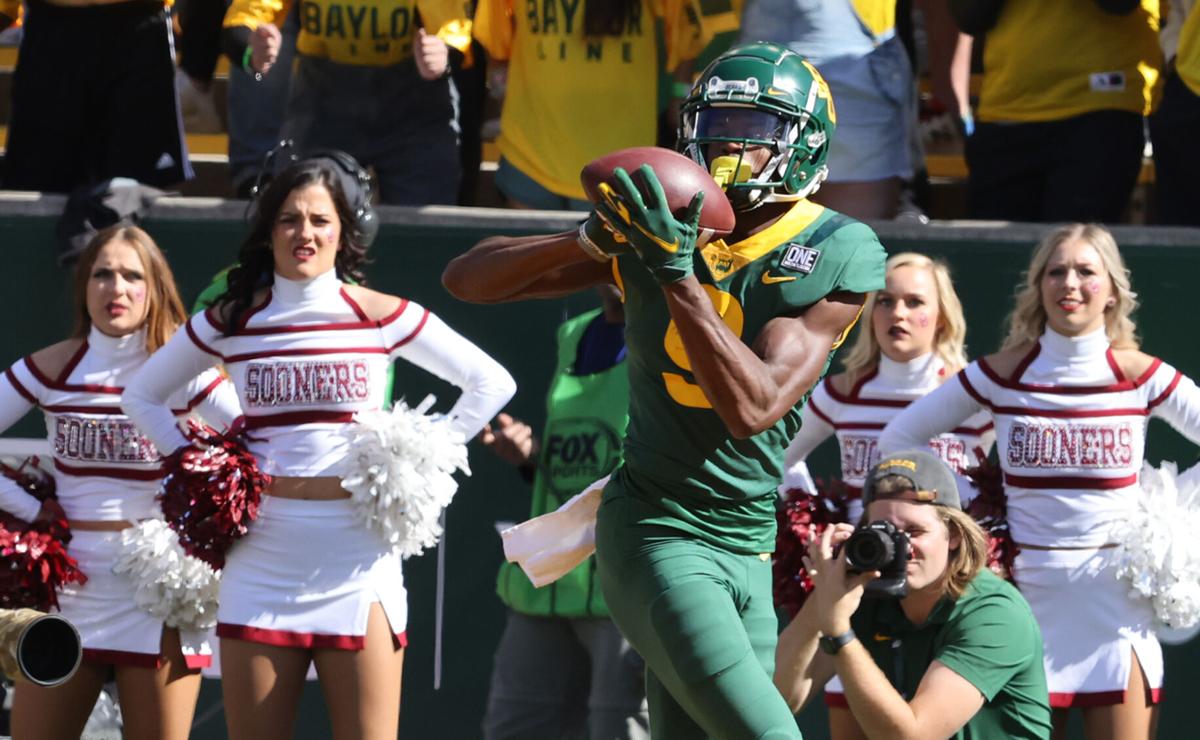 Bill Snyder built it and they came.

Once among the worst programs in college football, Snyder took over at Kansas State in 1989 and masterminded one of the most remarkable rebuilding jobs in the history of the sport as he transformed the Wildcats into a consistent winner.

Snyder retired following the 2018 season, but Kansas State is still a program to be reckoned with under former North Dakota State coach Chris Klieman. And Bill Snyder Family Stadium is still a tough place to play with 50,000 passionate fans cramming into the place.

“They do a great job of bringing that energy,” said Baylor senior safety Jalen Pitre. “It does get really loud at K-State. They do pack the house. Their fans do a great job supporting their team. They’re doing well right now, so they’ll definitely come and root for their team on Saturday.”

How they match up: Baylor vs. Kansas State

The Bears pulled off a 31-12 win over the Wildcats in their last appearance in Manhattan in 2019, their third win in four games there. But beating the Wildcats on the road is never easy, and they’ll come into Saturday’s 4:30 p.m. game hot with a four-game winning streak to improve to 7-3 overall and 4-3 in the Big 12.

The Bears will likely need Oklahoma State to beat Oklahoma in the Nov. 27 regular season finale in Stillwater to earn a berth in the Dec. 4 Big 12 championship game at AT&T Stadium in Arlington. Baylor can’t afford to lose against Kansas State or against Texas Tech on Nov. 27 at McLane Stadium.

While the Bears are 6-0 at home, they’re 2-2 on the road with losses in their last two games against Oklahoma State on Oct. 2 and TCU on Nov. 6. Since the Bears won’t be energized by their home crowd, they have to create their own energy.

In the 30-28 loss to TCU in the last road game, Baylor quarterback Gerry Bohanon threw a pair of costly interceptions. TCU’s Shadrach Banks sealed the win by intercepting Bohanon’s pass at the Horned Frogs’ 28 with 1:03 remaining.

Bohanon will be tested again by a Kansas State defense that’s one of the best in the Big 12, ranking third by allowing 340.8 yards per game and fourth by allowing 21.1 points per game.

“Mostly, I’m concerned with the front seven,” said Baylor offensive guard Grant Miller. “They’re a physical team, they’ve got great ball get-off. Obviously, they’ve got some D-linemen who’ve done a lot of great things this year. I just say they’re a hard-nosed football team with a lot of grit and a lot of passion, and I think that’s the way Kansas State football has always been as a program.”

“He’s obviously a great athlete, he has great length,” Miller said. “And that’s something you’ve got to be aware of, especially when you’re talking about pass rushers. We’ve obviously seen on film that he’s a guy who can play, but we kind of see that across their whole defensive line.”

With Abram Smith leading the Big 12 with 1,203 yards rushing and Trestan Ebner adding 642, the Bears are far and away the best rushing team in the Big 12 with 237.5 yards per game. Bohanon is also a running threat as he showed last week against the Sooners when he rushed for 107 yards and two touchdowns on just nine carries.

Baylor has been unbeatable at McLane Stadium, but has yet to beat a good team on the road.

The Bears will try to run effectively again against a Kansas State defense that ranks third in the Big 12 by allowing 113.3 yards rushing per game. Physicality is a trait Smith, Ebner and Bohanon all share.

“There is something about a ball carrier on offense finishing runs, of contact being made here and the ball continues to go there,” said Baylor coach Dave Aranda. “Whether it’s the O-linemen getting involved, or the sidelines see it, there’s something about that that’s defining. It’s almost a signature. I think it’s a testament to the identity of the team, and I think Gerry has signed his name.”

Offensively, the Wildcats rank ninth in the Big 12 in total yards with 371.2 yards per game while ranking eighth in scoring with 28.9 points per game. Leading the Wildcats’ attack is veteran quarterback Skylar Thompson with 1,696 yards passing and nine touchdowns and running back Deuce Vaughn with 987 yards and 13 scores.

The Bears hope they can deliver pressure against Thompson like they did against Oklahoma quarterbacks Caleb Williams and Spencer Rattler last week when they amassed five sacks. Baylor ranks third in the Big 12 with 25 sacks, one behind Kansas State.

Aranda credits Baylor defensive line coach Dennis Johnson for his unit’s willingness to learn and improve throughout the season.

“I think Dennis has done a great job motivating them,” Aranda said. “I think for us to continue to improve in that area is not only going to be true passing downs, but play-action passes. I think there wasn’t a ton of that in the last game, and the times we did get that, we still can be better in terms of affecting the quarterback. A lot of play-action passes are coming up.”

No. 11 BAYLOR at KANSAS STATE

Baylor quarterback Gerry Bohanon ran for 107 yards on nine carries and scored a pair of touchdowns in last week’s 27-14 win over Oklahoma.