With its window to return to the Big 12 championship game shut and locked, Baylor still wants to finish strong and position itself for bowl season.

The season finale against No. 24 Texas at 11 a.m. Friday at DKR-Texas Memorial Stadium doesn’t carry the weight the Bears had hoped.

But a road win over the Longhorns would mean a lot to the Bears, especially the seniors who won’t get another shot to win in Austin.

The Longhorns have a little more to play for since a win over the Bears would keep them in the running for the Big 12 championship game on Dec. 3 at AT&T Stadium in Arlington. However, Kansas would have to upset No. 15 Kansas State on Saturday in Manhattan to put the Longhorns in the championship game.

The biggest task for the Baylor defense will be containing all-Big 12 running back Bijan Robinson, who leads the league with 1,401 yards rushing and 16 touchdowns.

Robinson is coming off a 243-yard, four-touchdown performance in a 55-14 win over Kansas that earned him Big 12 offensive player of the week. However, the Horned Frogs limited Robinson to 29 yards on 12 carries in their 17-10 win over Texas the previous week.

“He’s definitely one of those super agile athletes,” said Baylor defensive end TJ Franklin. “He’s going to do stuff that we haven’t seen yet from previous running backs, so just being able to watch the film and getting everybody on defense to the ball will be a huge help.”

Highly-touted Ohio State transfer quarterback Quinn Ewers has been erratic as he’s completed 55.4 percent for 1,614 yards and 14 touchdowns with six interceptions. In Texas’ win over Kansas, Ewers hit just 12 of 21 passes for 107 yards and a touchdown.

“I think when he sees the coverages and he sees really clear, ‘Hey, this is what they’re going with, this is where my one-on-one is, here’s very clearly what my progression is,’” said Baylor coach Dave Aranda. “When all that stuff’s kind of lined up, he’s very, very good. I think when it’s kind of dirty or gray, it’s better for the defense. And his arm strength is such that he can make all the throws.”

Baylor sophomore quarterback Blake Shapen has put up better numbers than Ewers as he’s completed 66 percent for 2,423 yards and 14 touchdowns. But he’s thrown nine interceptions and has had several costly fumbles.

The Bears have used an effective running game to set up the pass all season. Freshman Richard Reese leads the Bears with 908 yards rushing and 14 touchdowns while senior Craig “Sqwirl” Williams has put up big numbers in recent games to raise his season total to 530 yards rushing and four scores.

Qualan Jones has also been an effective runner as he’s picked up 403 yards and scored seven touchdowns.

“I think it just shows we have a healthy room once again,” Aranda said. “You’ve got Sqwirl and his continued emergence because he’s healthy now. Then you’ve got Qualan from the start of the year until where we are now, he’s up there in terms of most improved, and he’s running the ball like you’d expect from a guy who looks like he does.”

After losing to Kansas State and TCU at McLane Stadium, the Bears should have some confidence going back on the road after a 45-17 win over Texas Tech and a 38-35 win over Oklahoma in their last two road trips.

The Bears haven’t beaten the Longhorns in Austin since a 28-7 win in 2014. But the Bears believe they’ll be ready for a hostile atmosphere.

College football calls it bowl season, but a better description would be bowl weirdness.

Baylor coach Scott Drew will shake hands with a familiar name when the No. 6 Bears face Marquette in the Big 12-Big East Challenge.

After losing the last three games, Baylor fell to the bottom of the Big 12 bowl pecking order as it will face Air Force in the Armed Forces Bo…

For the first time since Baylor beat Gonzaga in the 2021 national championship game, they’ll renew their rivalry a long way from any college b… 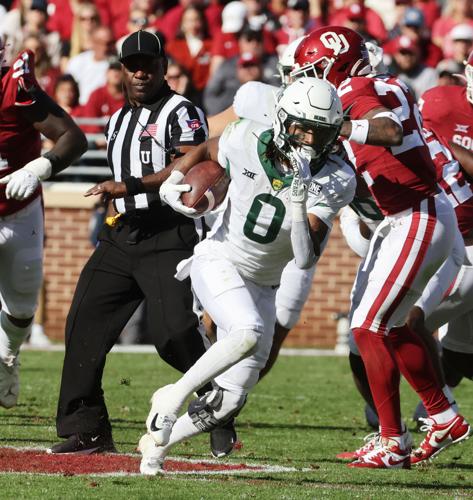 Craig “Sqwirl” Williams has come on strong in recent weeks to become Baylor’s second-leading rusher with 530 yards and four touchdowns. 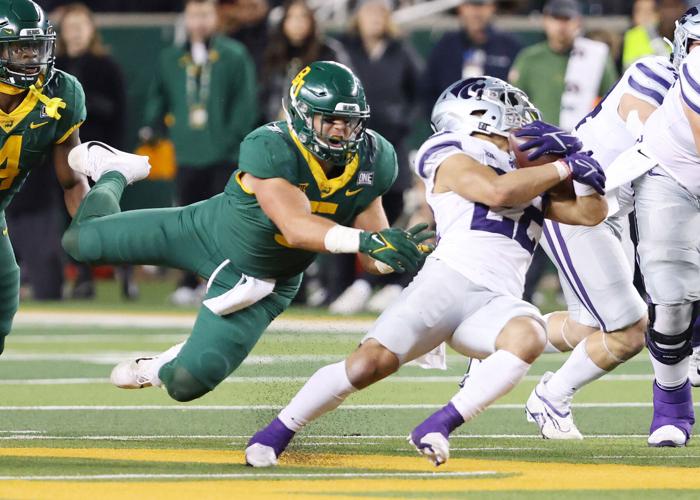 Baylor linebacker Dillon Doyle and his teammates hope to contain Texas running back Bijan Robinson, who leads the Big 12 with 1,401 yards and 16 touchdowns.