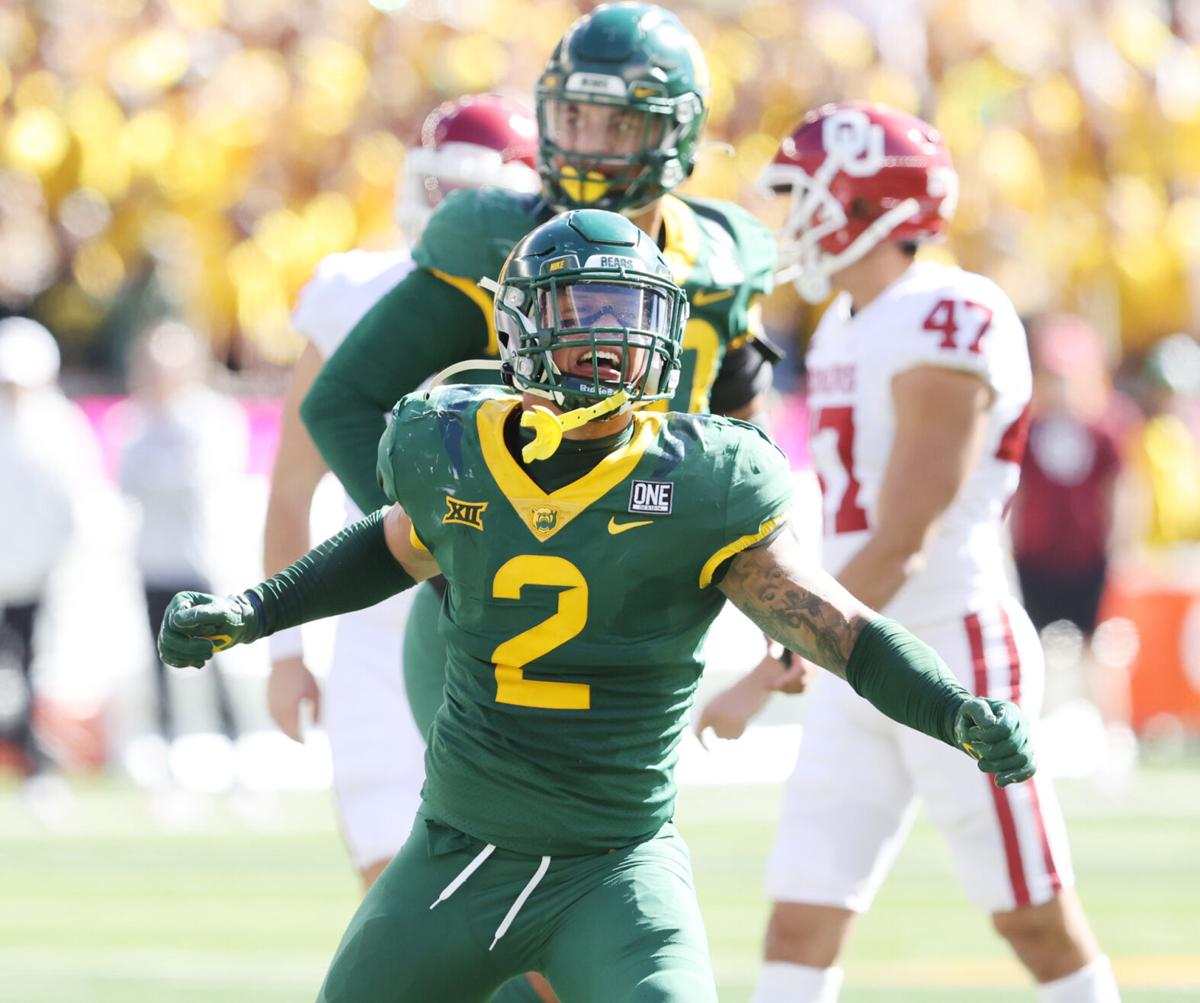 Baylor linebacker Terrel Bernard has overcome foot, shoulder and knee injuries to become an all-Big 12 player and a respected leader. 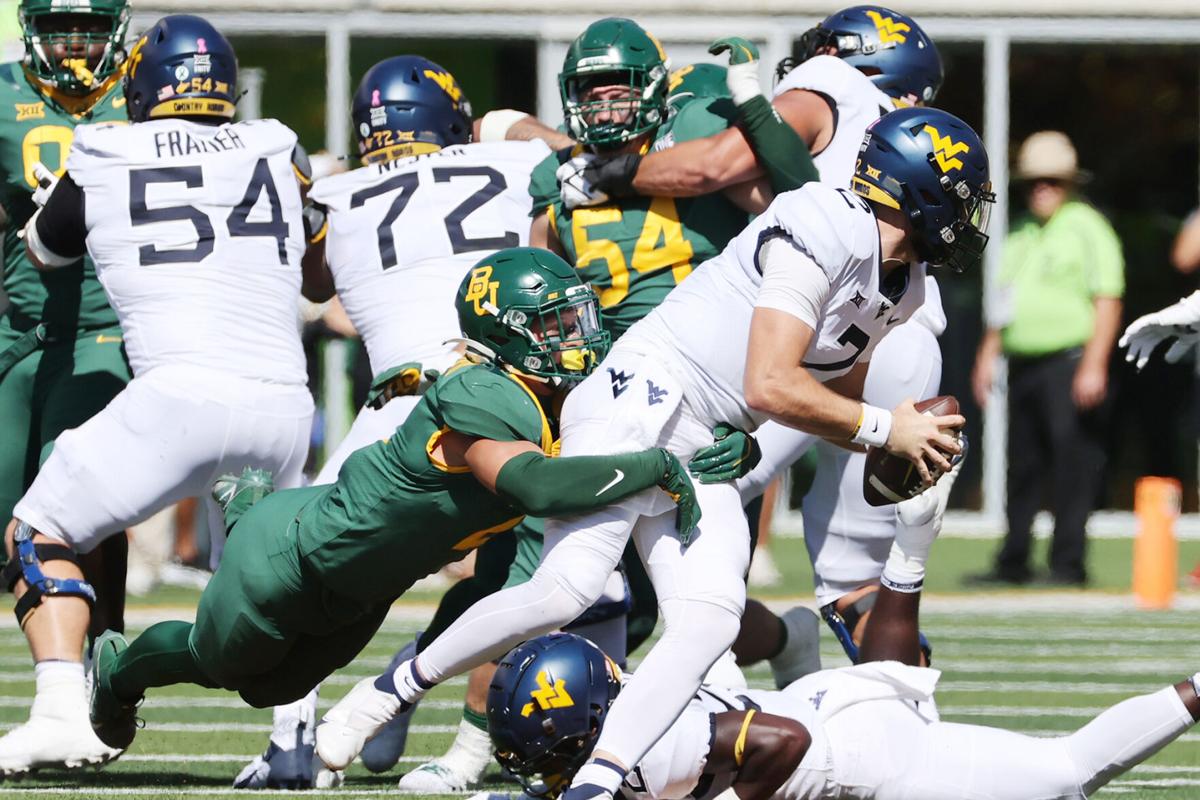 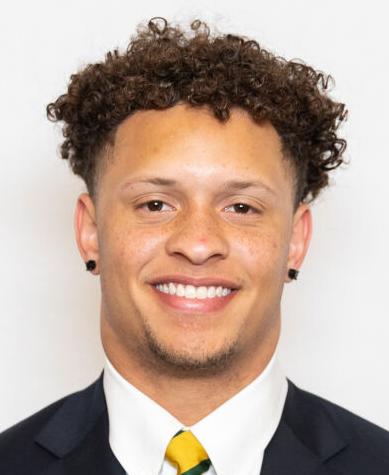 Coming out of La Porte High School in 2017, Bernard watched how undersized linebacker Taylor Young inspired his Baylor teammates with his gritty play, how quarterback Charlie Brewer led the Bears with his toughness, how defensive lineman James Lynch played with a motor that wouldn’t stop.

Now Bernard is one of the most respected leaders on the Baylor football team, and has been for some time. Not just because he’s an all-Big 12 linebacker, but because his work habits, resilience, and willingness to help others bring out the best in his teammates.

“I think it’s something you learn,” Bernard said. “It helps to see other leaders and take things from them. So I think I’ve taken bits and pieces from players and coaches, and people outside of football. I kind of tried to implement that into my personality and try to get the best from people around me. I think that’s what being a leader is all about.”

For the last four years, Bernard has been a major contributor to Baylor’s defense, making 276 career tackles with 20.5 for loss and 10 sacks. He’s coming off one of the best performances of his career as he earned Big 12 defensive player of the week after collecting nine tackles with two sacks in Baylor’s 27-14 upset of then-No. 4 Oklahoma last Saturday at McLane Stadium.

The win kept Baylor (8-2, 5-2) in the race for the Big 12 championship game Dec. 4 at AT&T Stadium in Arlington heading into Saturday’s date at Kansas State followed by the Nov. 27 regular season finale against Texas Tech at McLane Stadium.

After losing to Oklahoma in the 2019 Big 12 championship game, Bernard and several other players decided to return for a fifth season to get another shot at winning the title.

“It would mean everything,” Bernard said. “That’s the reason we came back. It’s the reason we’re here right now. I think that would just kind of bring together everything that my class has been through, and be a nice little way to end it.”

Resilience has defined Baylor’s 2017 class and more specifically has defined Bernard. He’s come back from foot surgery, shoulder surgery and most recently knee surgery to play at an all-Big 12 level.

“Terrel’s a soldier,” said Baylor fifth-year senior safety Jalen Pitre. “He’ll never quit. He knows if he keeps going that he’ll eventually see the light, and he looks forward to that. He’s a persistent guy. He’s going to keep pushing even when it gets hard. I root for those types of guys, and I look forward to seeing him go out each and every week and make the plays he makes.”

When Baylor signed Bernard out of La Porte High School in 2017, former coach Matt Rhule knew he was getting a player with all-Big 12 potential. His instincts and athleticism popped out on film, and his 463 tackles in his final three years at La Porte were proof that he could produce.

Rhule also knew he was signing a high-character guy. Terrel learned from his mother, Laura Bernard, at an early age that a sense of responsibility was important.

“I think it comes from my mom,” Bernard said. “She didn’t baby me at all. I was taking care of my own business when I was 7, 8 or 9 years old. I thank her for that. It wasn’t always easy, it wasn’t always fun. But looking back on it now, I see what she was trying to do, and grateful of how she raised me, just the lessons she taught me growing up.”

Bernard’s resilience was put to the test almost as soon as he arrived at Baylor. Playing mostly special teams as a freshman in 2017, Bernard suffered his first injury when he broke his right foot in practice and played just two games. It didn’t help that the Bears slogged through a 1-11 season.

Bernard bounced back from that injury to contribute heavily to a 2018 team that finished 7-6 by beating Vanderbilt, 45-35, in the Texas Bowl. Bernard opened the season by returning an interception 28 yards against Abilene Christian, and finished the year with 47 tackles.

Starting at outside linebacker for Baylor’s 2019 squad, Bernard was already having a good year before middle linebacker Clay Johnston went down at midseason with a knee injury.

Switching to the middle, Bernard raised his game to an even higher level as he completed the year with a team-high 112 tackles with 4.5 for loss, three fumble recoveries and an interception to help Baylor finish 11-3 and make its first Sugar Bowl appearance since 1957.

“I hated that it comes like that obviously, but whenever you get called you’re either going to play or not,” Bernard said. “I had worked really hard to know the defense and get myself physically ready for an opportunity. I think we had nine seniors on that defense. Just having those expectations, I didn’t want to be the one letting them down.”

After making second-team all-Big 12 in 2019, Bernard performed brilliantly in the first five games of the 2020 season. But Bernard’s season ended abruptly against Iowa State when he suffered a season-ending shoulder injury.

It was hard enough for Bernard and his teammates to navigate COVID-19 interruptions that led to Baylor canceling all three nonconference games in a 2-7 season. Now he had to watch the Bears from the sidelines.

But Bernard made good use of his time by rehabbing from his torn labrum and helping Abram Smith adjust to moving in at starting linebacker after switching from running back.

“Honestly without Terrel I would have been a lot more lost,” Smith said. “While he was hurt, he helped me. There were times in practice when I didn’t understand something, and he’d pull me off to the side and he said if you read this right here you could see how he set up, see what he’s doing before he ever does it.”

Now back on offense, Smith is leading the Big 12 with 1,203 yards rushing. Smith is a fellow member of the 2017 class, and Bernard is thrilled he’s finally getting his chance to star for the Bears.

“I couldn’t be more happy for him,” Bernard said. “To see him evolve from the special teams captain to stepping in to being a defensive star to transitioning into being one of the best running backs in the country, he deserves everything that’s coming his way.”

Hoping to get a shot to play in the NFL, Bernard thought his best option was to come back to Baylor and play a full season in 2021.

“I’ve always wanted to play in the NFL obviously,” Bernard said. “When that (shoulder injury) happened, I sat back and thought about what the best decision for me would be. I just felt a lot of things were not going the way I wanted with the season and COVID and getting injured in the fifth game. I think I made the right choice coming back this year.”

When Bernard went out with a knee injury in the fourth game against Iowa State this season, he feared the worst after his first two injuries were season ending.

Diagnosed with a slight meniscus tear, Bernard underwent arthroscopic surgery and missed Baylor’s next game against Oklahoma State before returning to the lineup the following week against West Virginia.

“Yeah man, I was terrified,” Bernard said. “A lot of things go through your head, what the next steps are going to be, what that looks like. Luckily it wasn’t anything too serious so I could come back and try to finish off the season.”

With Bernard returning to the lineup, Baylor’s run defense has been tremendous as the Bears have held down explosive backs like BYU’s Tyler Allgeier, Texas’ Bijan Robinson and Oklahoma’s Kennedy Brooks.

Bernard ranks second on the squad with 62 tackles, including seven for loss and five sacks. But Baylor coach Dave Aranda knows Bernard’s value extends way beyond numbers on a stat sheet.

“Terrel is a physical and a tough guy,” Aranda said. “He feels a lot, and he’s got a great heart, and I think things really matter to him. It’s more than lip service with him. And I think his growth and maturity almost has put him, at the very beginning of this year particularly, in another stratosphere of human being.

Bernard’s ability to reach out to his teammates and dig to get the best out of them has impressed Aranda.

“There are certain guys on our team that just can’t understand how he can go about and do the things that he does, and treats people the way he treats them, and handles the ups and downs the way he does,” Aranda said. “I think his ability to model that and then to have the patience to teach that has made a big difference on the team.”

Bernard often watches film and discusses football with Pitre, an all-Big 12 safety. They’ve created a deep bond throughout their five years together, and will talk about Xs and Os or any other kinds of issues that come across.

“He’s my best friend,” Bernard said. “I was talking with my mom the other day about our paths and how similar they are, and everything we went through to get to where we are at right now. He’s always been someone I can turn to who I can trust in anything. Just having that type of friend to go through this experience with me has been amazing.”

Bernard has excelled in the classroom throughout his time at Baylor, earning his bachelor’s degree in health, kinesiology and leisure studies in August 2020. He’s on pace to receive his master’s in sports management in December.

“That was always a huge part of why I came here in the first place was to graduate, and now I have the opportunity to get my master’s before I leave,” Bernard said. “I either want to open my own training facility or go into coaching at the college level. It’s one of those things hopefully.”

But there’s one more thing Bernard wants to accomplish before he leaves Baylor: Winning a Big 12 championship.

“The NFL has always been a dream,” Bernard said. “But I’m completely focused on trying to win the Big 12 right now. Obviously the next step is trying to get there.”

PREVIEW: In the thick of the Big 12 title race, the Baylor Bears head to Manhattan. “They do a great job of bringing that energy. ... It does get really loud at K-State. They do pack the house.”

Baylor linebacker Terrel Bernard has overcome foot, shoulder and knee injuries to become an all-Big 12 player and a respected leader.