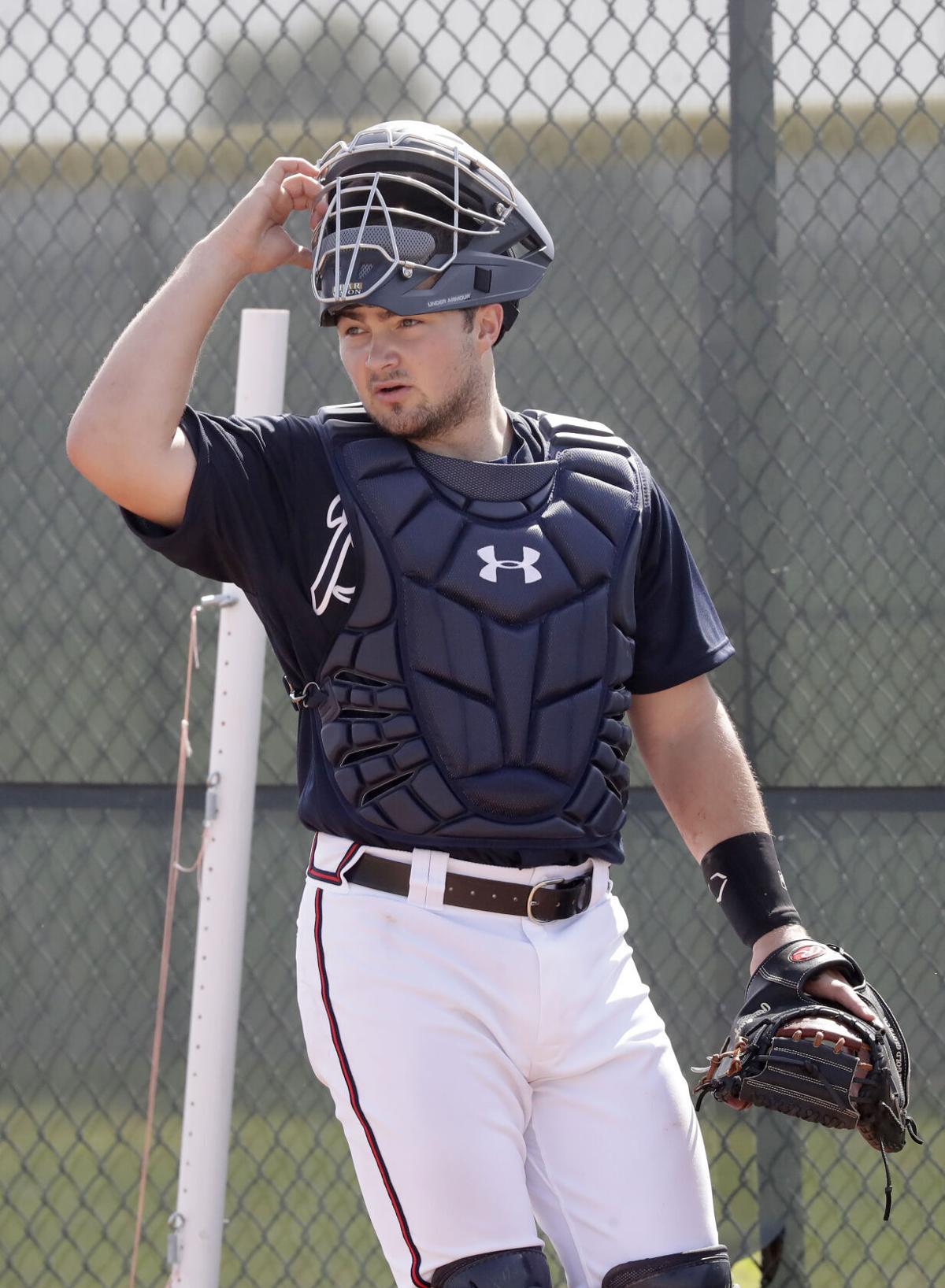 Former Baylor catcher Shea Langeliers could be on the fast track to the big leagues, as he has slugged seven home runs for the Double-A Mississippi Braves this season. 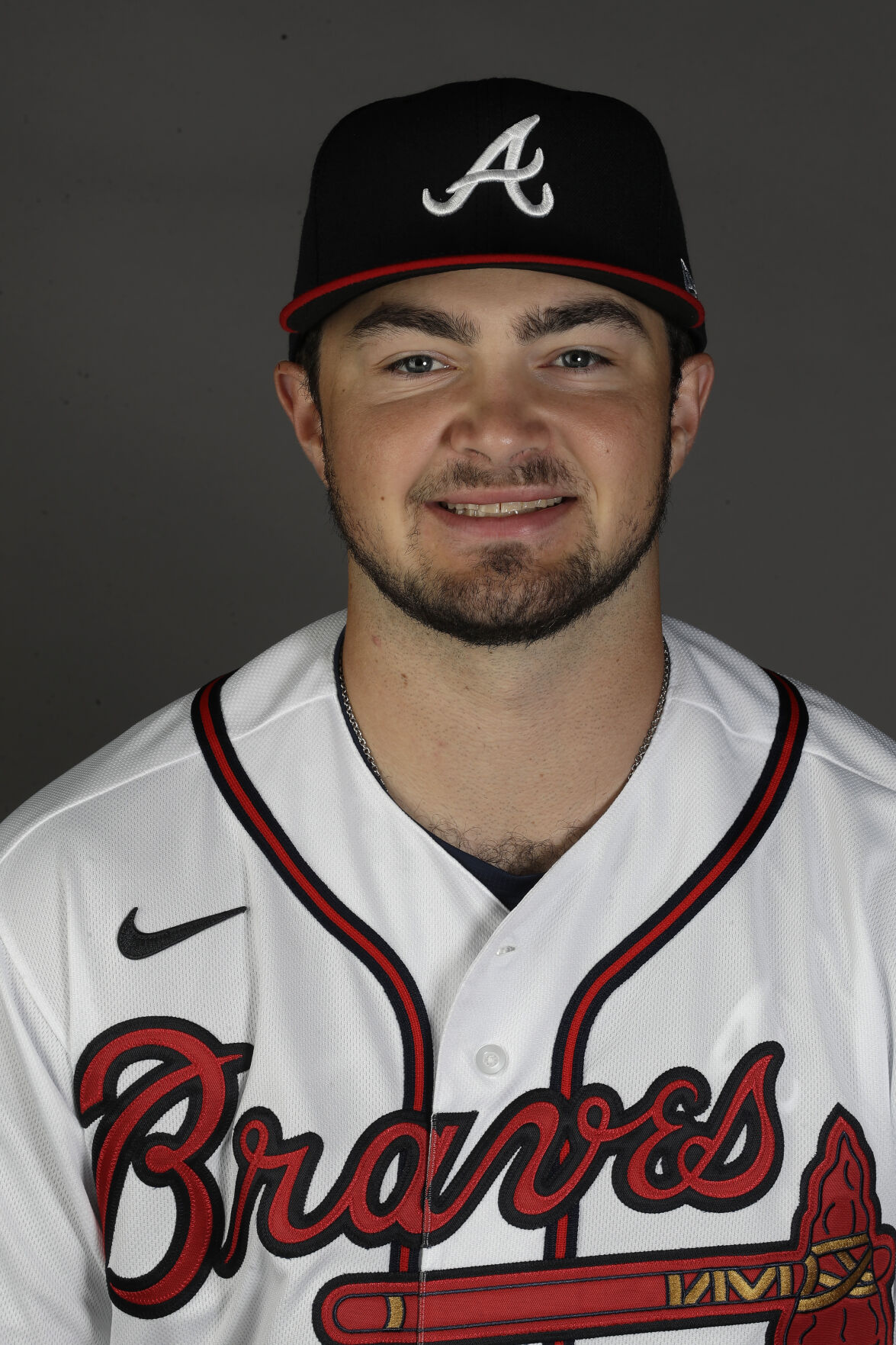 Like every other minor league baseball player in America, 2020 was a lost season for Shea Langeliers.

He hasn’t missed a beat.

The 23-year-old catcher appears to be on the fast track to the big leagues. The Atlanta Braves selected Langeliers with the No. 9 overall pick of the 2019 MLB Draft out of Baylor, and lately he has looked every bit the part of the first-round stud prospect.

This past Wednesday, Langeliers slugged three home runs in a four-hit night for the Double-A Mississippi Braves in a 9-4 win over Pensacola. Langeliers started slowly this season, as he carried a .179 batting average on May 23, but he has settled into a groove now. He has upped his average to .296 and is slugging .648 with 16 runs, seven homers and 13 RBIs in 71 at-bats.

And of course June just started, but Langeliers is already sizzling, hitting .462 this month.

“For me, most of it was just getting into the rhythm of the season,” Langeliers told MLB.com. “I try not to look too much into it. Feeling good is always the key. Some nights you have it and some nights you don’t. When I was rounding the bases (after the third homer), I saw all the guys in the dugout smiling and cheering. It was a lot of fun tonight.”

During his All-America run at Baylor, Langeliers made the scoreboard lights flicker often with those types of power surges. He had double-digit homer outputs all three of his years in Waco.

And yet that’s not even his most powerful feature. No, what really separates Langeliers from most prospects is that slingshot of a right arm. Minor-league base stealers are (quickly) learning what Big 12 guys knew for years: You don’t run on Langeliers.

Soon enough, it may be the big leaguers who will be getting that message.

From state champs to national champs.

A week ago, the duo showed that they haven’t lost their stuff. They teamed up to forge the Texas A&M women’s club volleyball team to a national title. Competing in Louisville, Ky., A&M seized the top overall seed and then lived up to that billing by beating all the other top club teams, closing it out with a title game win.

Writing on Facebook, their old high school coach Jeff Coker surmised that Claxton and Vaughn might want to recruit Anne Williams and Taylor Westerfeld, a couple of their old Crawford teammates who will also be A&M students in the fall, to join the team.

“Even this Baylor guy might do a Whoop for that!” Coker said.

If I had a dollar for every time someone said to me, “Can I come with you and hold your notebook?” before some big sporting event, I’d be making Kim Mulkey money.

Look, in my quarter-century (my gosh, it’s really been that long) in this business, I’ve had the good fortune to cover some very cool things. I’ve attended multiple Final Fours, the NBA All-Star Game, and the college football national championship game, among other events.

On Thursday night, I covered Bosqueville baseball’s regional final playoff with Lindsay at Hurst’s LD Bell High School (another cool event, though unlikely to make SportsCenter). After the game and the on-field interviews, I navigated my way back through the giddy Bulldog fans to my bag chair. Knowing my laptop needed some juice, I scouted out a power source. A Lindsay radio announcer pointed me to a plug inside a nearby storage closet. So, there I sat, right next to a trash can with flies buzzing around it, and banged out the rest of my game story, while Trib photographer Rod Aydelotte worked at a nearby picnic table and filed his photos.

Yeah, you might be shocked at how the sausage is made. Sometimes we’ve got to get creative. Earlier in the playoffs, I covered a Midway-Bryan softball game in West and made the mistake of thinking I might zip back to Waco after the game to finish writing.

No such luck. Gridlock awaited in Elm Mott. So, I had to go seriously old school. I called Chad Conine, working the desk that night, and dictated a story over the phone. Hadn’t done that in years. I even had time to get out of my parked car (yep, traffic was NOT moving), retrieve my notebook from my trunk, return to the driver’s seat and start to dictate without having to move my vehicle an inch. (Anyone else ready for the end of this blasted construction?)

Anyway, after I filed my Bosqueville story the other night, Rod and I made our journey back to the parking lot. Along the way, we passed several of our TV friends. First, I spotted Kurtis Quillin of KCEN-TV, taping a standup for his newscast. Moments later, we happened upon KXXV’s Jack Allen and KWTX’s Darby Brown, both standing in the parking lot and using their respective vehicles as mobile work stations, as they finished up editing their packages on the game. We chatted briefly, as I’m well acquainted with the impending deadline clock.

Such scenes are nothing new. That’s just another night on the job.

Sometime in the near future, one of us will tweet out a photo from some press box at some Big Game somewhere, and you’ll think, “Man, must be nice.”

Chad Conine: Baylor women in a fight is harder work and more fun for fans

When Baylor played Oklahoma for the first time this season, James Akinjo was on fire as he tied his career high with 27 points while dishing o…

If you constantly need to Google your smartphone to learn the rosters during Big 12 basketball games this season you’re not alone.

Former Baylor catcher Shea Langeliers could be on the fast track to the big leagues, as he has slugged seven home runs for the Double-A Mississippi Braves this season.