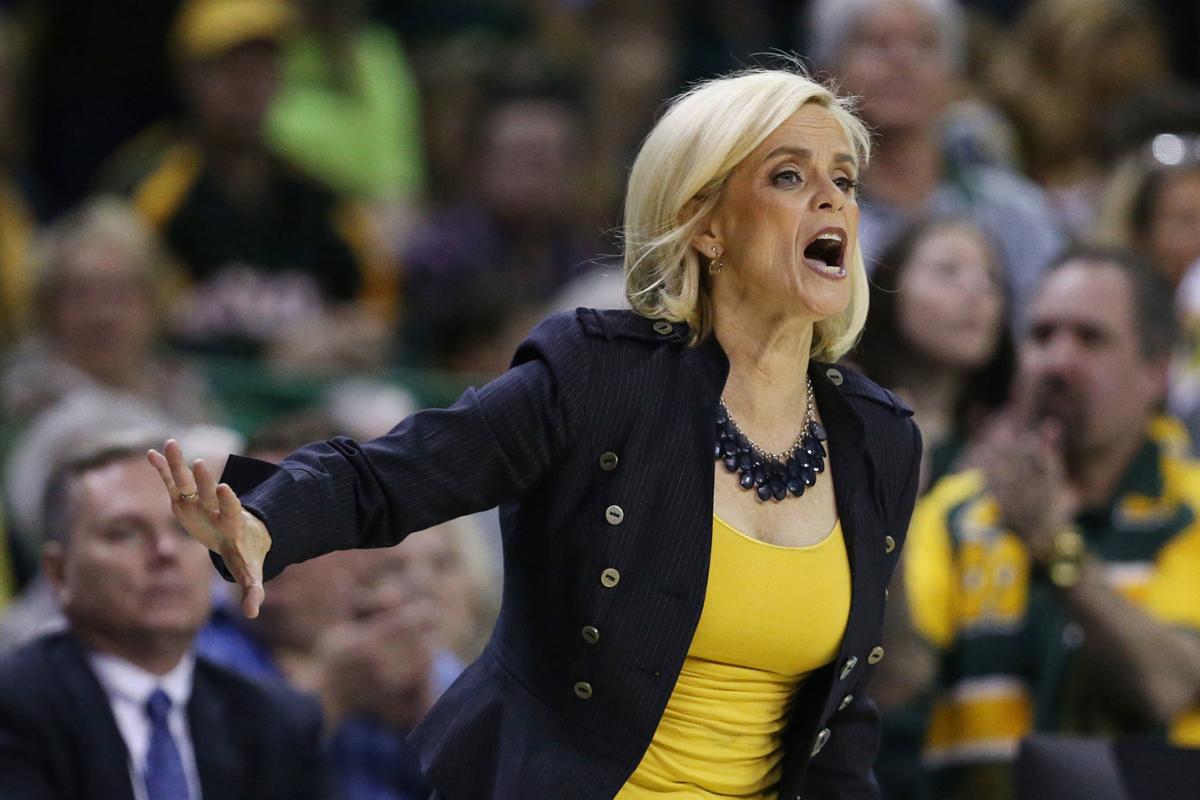 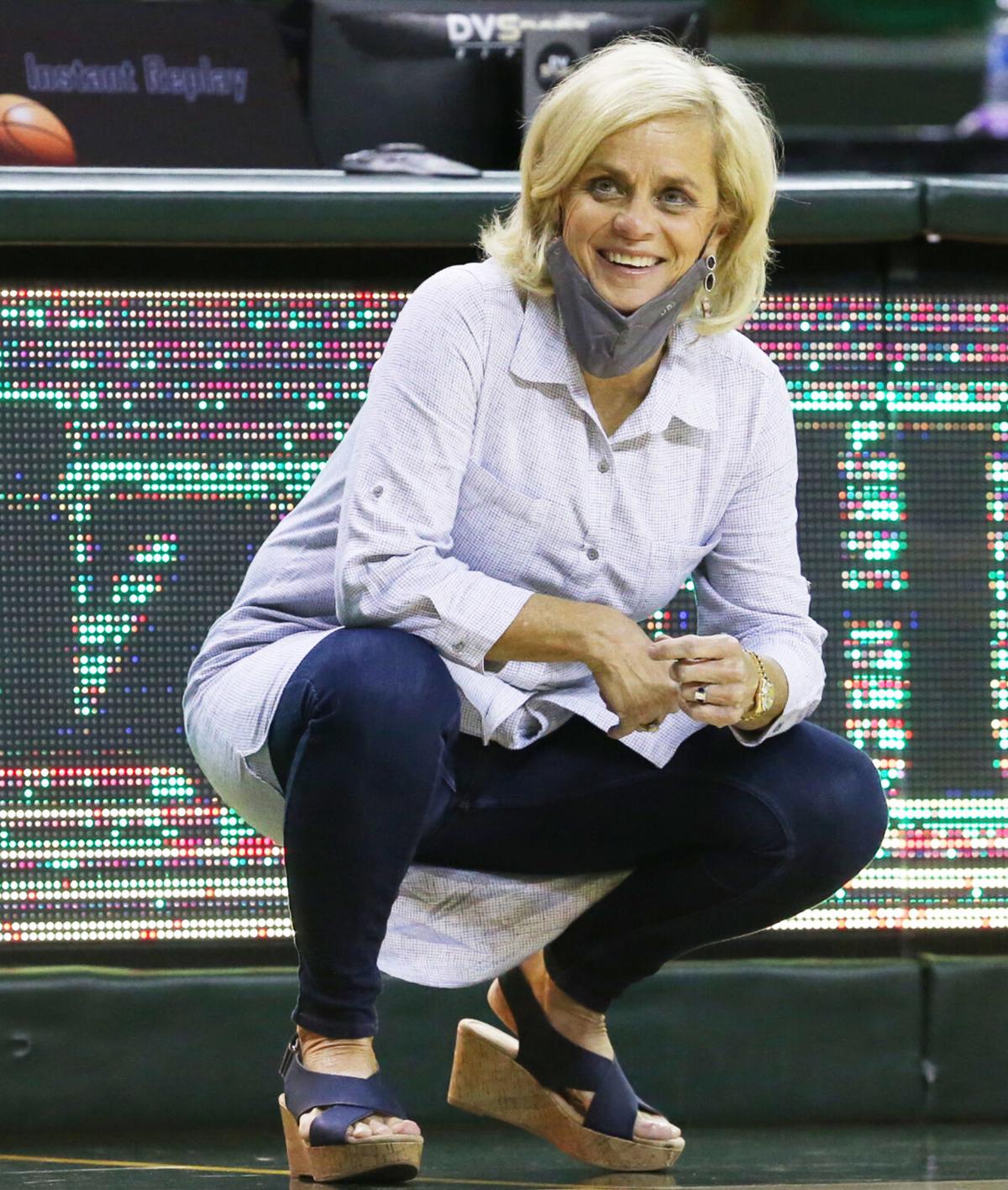 If you’re a Baylor fan, you shouldn’t feel angry over the way it ended. Be grateful that the Mulkey Era ever happened.

After days of speculation, the rumblings became official on Sunday. Mulkey is leaving Baylor after two decades to take the head coaching position at LSU, just a short drive from she grew up in Tickfaw, Louisiana. She has always said that she’d forever remain a Louisiana girl. Now she’ll get the chance to likely close out her storied coaching career back on her home court, so to speak.

In her wake in Waco, Mulkey leaves a shadow that will hang over Baylor and the athletic program forever. Through grit, determination and the sheer force of her indomitable personality, she built the Lady Bears program into a women’s basketball powerhouse. Perhaps not quite UConn, but then who is? But in the past two decades, nobody but the Huskies won more NCAA titles than Baylor’s three.

Remember, when Mulkey arrived in 2000, Baylor fans had to search high and low for good things to cheer about. Baylor’s football program remained locked to the basement floor in the Big 12, while men’s basketball was middling along under second-year coach Dave Bliss. (We know how that movie turned out.)

Mulkey injected a winning attitude into the Lady Bears program, and the transformation was shockingly instantaneous. She demanded excellence in everything. She demanded it from her players, her assistant coaches, even Baylor’s administrators. She expected that level of commitment from those around her, because she demanded it of herself.

Within five years under Mulkey, Baylor went from never having made the NCAA tournament to the overall national champions. As fast breaks go, that’s as good as it gets.

Kim Mulkey is the most competitive person I’ve ever met. It’s fitting that Michael Jordan is introducing her at next month’s Basketball Hall of Fame ceremony, because I’m convinced they’re the same person. That should be a fun banquet, Jordan and Mulkey can cut each other’s hearts out and spoon-feed them to one another.

During the course of some past disagreement (the context is irrelevant) with Mulkey, I said to her, “Kim, you wake up in the morning and say, ‘Who can I beat today?’ ”

She responded, “How do you think I won all those national championships?” (She took it as the highest form of compliment.)

LSU, that’s what you’re getting. A coach who refuses to lose. A coach who will sweat, scream, cry, holler, throw a jacket, challenge, recruit, teach, push, prod, and fight for every victory, no matter how small. Because no win is small to Kim.

You only thought you lost Nick Saban, LSU. Saban’s back, only her name is Kimberly Duane Mulkey now. And, heck, she’s one of you. Excuse me, one of y’all.

If you’re wondering why Mulkey might be willing to start over at almost 59 years old, that’s why. If you think she’s bothered by the fact that football is king and baseball is prince and women’s basketball is an afterthought in Baton Rouge, she’s not. She’s been fighting that fight her entire life.

That punch-first, punch-second, ask questions-later mindset has occasionally acted toward Mulkey’s detriment. She speaks her mind, damn the torpedoes. And that has sometimes led her into sticky situations, like when she generated understandable criticism in the wake of Baylor University’s sexual assault scandal when she said, “If somebody is around you and they say, ‘I will never send my daughter to Baylor, ‘You knock them right in the face,’ ” Mulkey said.

It was a poor choice of words, and Mulkey apologized the next day. But it also spoke to Mulkey’s nature as a (metaphorical) fighter. She was fiercely loyal, and often stood up and defended Baylor even if it was unpopular to do so.

Now she’s gone. Is there more to her departure than the desire to go home? Of course. There is always more to it. If you want speculation, there are a thousand Twitter Twits and Message Board Mavens with an opinion or an unnamed source who knows “exactly” what went down. If and when someone with real knowledge goes on the record to discuss it, we’ll report it in the Trib. Otherwise it’s all unattributed blather.

Moreover, it doesn’t matter. What’s done is done. You can’t put that toothpaste back in the bottle.

At least one person on Twitter got it right. ESPN’s Trey Wingo, himself a Baylor alum, tweeted Sunday afternoon, “Kim Mulkey is the single greatest coach in the history of Baylor University. This is not a debate nor an opinion … it is a statement of fact. If she chooses to leave and head home to Louisiana, Baylor fans should thank her and wish her well. What she accomplished was remarkable.”

Instead of crying, “Why? How could this happen?” Baylor fans should merely say, “Thanks.”

UNCASVILLE, Conn. — Vanessa Bryant took Michael Jordan's hand and walked down from the stage, a familiar chant breaking out throughout the are…