TCU should go out and scoop up every lottery ticket it can find.

Is a gambling trip to Las Vegas an option in the NIL era? If so, I’m riding with whatever the Frogs lay down and bet. Those guys could hit on 17 in Blackjack and still strut away a winner. They are living right, man.

The fourth-ranked Frogs’ 29-28 triumph over an energized Baylor team on Saturday at a fully refrigerated McLane Stadium will go down as one of the more inexplicable endings you’ll ever see. Have you ever witnessed a crazier final field goal in your entire life? Griffin Kell’s 40-yard game-winner as time expired not only preserved the Frogs’ perfect season and chances for a spot in the College Football Playoff, but it defied insurmountable odds in its very existence.

Consider all that had to go right for the Frogs in that fire drill. After TCU’s Emari Demercado hustled over to the right hash on a 3-yard gain, there were 14 seconds remaining and the clock was running. TCU had no timeouts in the pockets of its purple hoodies, having used them up on Baylor’s previous offensive possession.

In that moment, the Frogs had to (A) scramble their field goal unit onto the field, (B) hope that all 11 made it safely, (C) not jump or false start, (D) get the ball snapped in time, and (E) oh, by the way, drill a 40-yard, pressure-packed kick with no practice run-up whatsoever. The fact that TCU hit on every single one of those aspects is, again, like winning the Powerball the first time you ever buy a ticket. It’s just incredible execution amid astronomical odds.

As chaotic as the final play should have been, the real chaos followed. The TCU players and coaches rushed from the sideline in wide-eyed amazement. Sonny Dykes looked like Jimmy Valvano after the ’83 NCAA title game, running around in pursuit of someone to hug.

Baylor’s players, meanwhile, fell to the turf, the metaphorical wind knocked out of them. They were stunned, disbelieving, crestfallen.

TCU’s fans, who had been overpowered all day by a juiced-up Baylor crowd that was enjoying the show, found their second (first?) wind. They started chanting, “T-C-U! T-C-U!” when in fact what they should have yelled, “T-C-Whew! T-C-Whew!” Because the Frogs were lucky beyond belief to pull this one out.

Now, TCU’s lucky break should not diminish their CFP worthiness one iota. Anyone who suggests otherwise should be immediately dismissed as an ignorant, agenda-pounding idiot. The Frogs are 11-0 in a Power Five conference and have beaten eight teams with .500 or better records. Yeah, they won a game they had no business winning. But the fact that they’ve squeaked by in several games isn’t a knock on the Frogs, it’s actually proof of their toughness. They’re a playoff team — period.

Believe this, though: Baylor deserved to win. The Bears outplayed the Frogs much of the game, and summoned an infectious energy from the first whistle that was severely lacking in last week’s flat-lining 31-3 home defeat to Kansas State.

“We have a lot of guys on our team that I felt really deserved to walk out of here as winners today,” said running back Craig “Sqwirl” Williams. “For it to end that way, it really hurts.”

In the postgame interview room, the Baylor players were as emotional as I’ve seen in a long time. You could hear the pain in their voices and see it in their eyes. And it was completely understandable. The Bears put themselves on the absolute doorstep of a monumental, memorable win over an archrival, only to see that door slammed right in their face.

Baylor did a lot right in this one. It felt like enough. The Bears had this game in the bag, and then the Frogs hopped up next to them and swiped the bag away. Baylor got back to its ground-and-pound ways offensively, punishing the Frog defense for 232 rushing yards. Blake Shapen made some beautiful throws, including a genuine dart on a touchdown toss to tight end Kelsey Johnson. The defense ordered up a variety pack of big plays, from Devin Neal’s timely interception of a Max Duggan downfield fling to Mark Milton’s perfectly timed breakup in the end zone of another would-be Duggan TD pass.

Those were winning plays, in a game that felt — right up to the last second — like a Baylor win.

Now, did the Bears also walk away with some self-inflicted scars? Were they reckless at times, did they make mind-numbing mistakes? Of course. This is college football. Who plays a perfect game?

For all his on-the-money offerings, Shapen had the Baylor fans removing their ski caps and yanking their hair out over some of his costly decisions. He underthrew a couple of balls that otherwise would have been big gainers or touchdowns. That included a killer of an interception at the end of the first half, in a spot where you simply can’t turn the ball over. In that situation, it’s imperative to at least walk away with something on the scoreboard.

Baylor’s defense also suffered multiple breakdowns where the wheels didn’t just come off, but the engine overheated, the turn signal got stuck, and the radio station hit static. Duggan’s eyes must’ve lit up when he saw some of those receivers running free, with nary a Bear within 10 yards. It almost made you wonder if the TCU player emerged from the sideline or something. How does someone get that open?

But even amid all those muffs and miscues, Baylor still led, 28-20, with less than 10 minutes to go. Even after TCU scored a touchdown to pull within two, the Bears caught their own lucky break when Demercado dropped a sure-fire two-point conversion pass with 2:07 remaining.

From there, all you really need if you’re Baylor is a first down. Pick up a first down and you’re golden. Get a first down and it’s Victory Formation time. But TCU snuffed out the Bears on their three running attempts, and preserved the precious time it needed by calling timeout after each play. That gave Duggan and company a chance, and the Frogs delivered. Again. Like they have all season.

The Frogs ran a fire drill, and the Bears got burned.

College football is a funny game, man. You could watch every game for the next 50 years and not see a more unfathomable field goal than Kell’s Bear killer.

These Frogs are experiencing a dream season like never before. They just might be a team of destiny.

Meanwhile, the Bears are looking like a team of Liberty (Bowl).

Crazy how one clutch kick can change everything.

It was the gut punch that Baylor’s seniors will have to live with forever.

Study: Caffeine can improve the performance of sprint runners

How the World Cup ball may change soccer forever

How the World Cup ball may change soccer forever 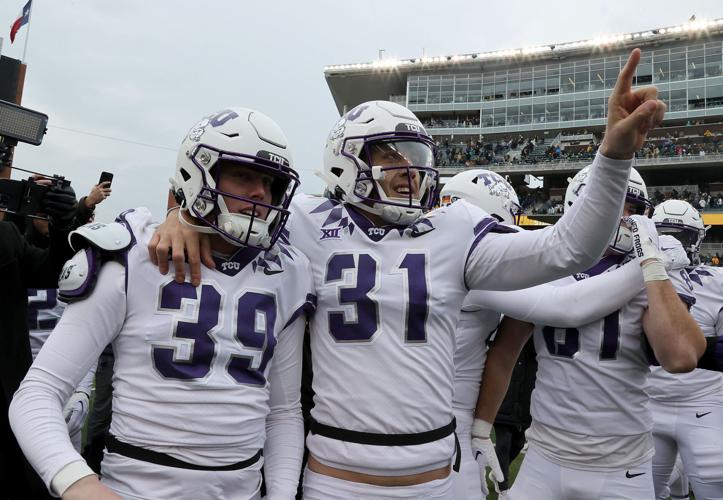 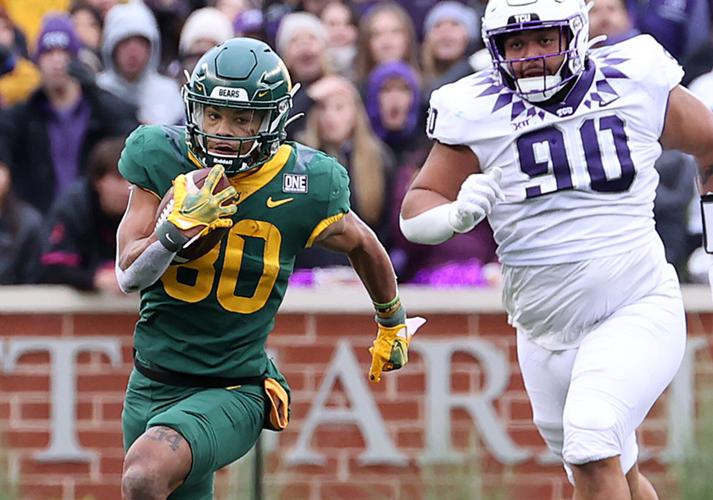