Christmas in July for potential MCC, Baylor MLB draft picks, not so much for college coaches
0 comments
Share this
{{featured_button_text}}
1 of 2 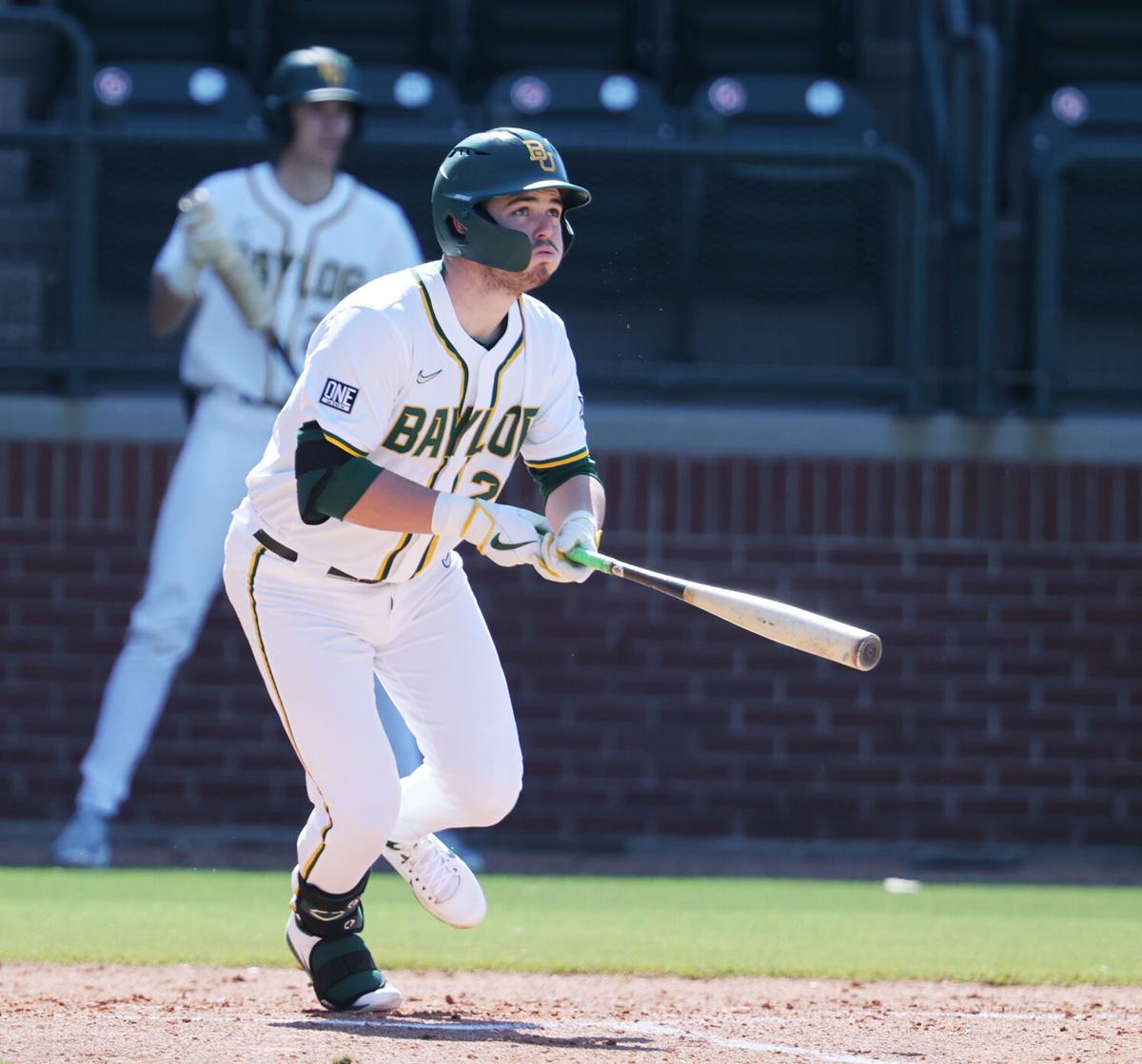 Baylor catcher Andy Thomas should hear his name called in the three-day, 20-round MLB Draft. 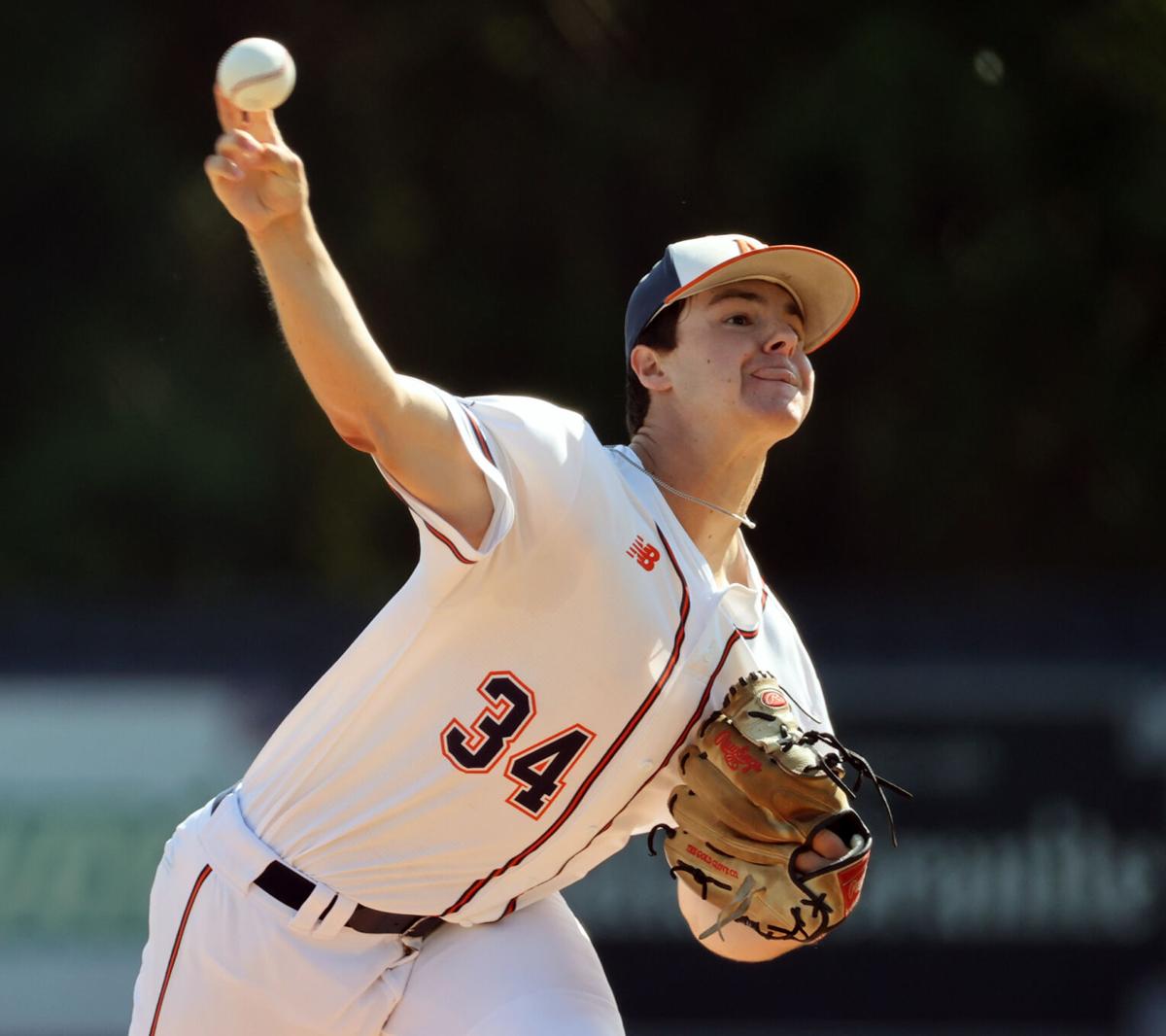 MCC’s Logan Henderson, the NJCAA Pitcher of the Year, has been ranked among the top 100-250 prospects for the Major League Draft, which starts Sunday.

By and large, college baseball coaches aren’t exactly loving the calendar shift of the Major League Baseball Draft to mid-July. It’s not ideal when you’re trying to construct a roster for next year.

However, for any local player who gets drafted, a chance is a chance, whether it’s June, July or Christmas Day.

The three-day MLB Draft will kick off at 6 p.m. Sunday, with first-day coverage airing on both ESPN and MLB Network. This year marks the first time since the draft began in 1965 that it will take place outside of June. Major League Baseball made that alteration in response to the COVID-19 pandemic.

“It throws a wrench into the plan for every college program out there,” said Mitch Thompson, head coach of the national champion McLennan Community College Highlanders. “It’s mid-July and they have no idea who’s going to be on their rosters, because they still haven’t had the draft. The Division I transfer portal is out of control, and I think it’s going to be even more out of control after the draft.”

Count Baylor head coach Steve Rodriguez among the many college skippers who prefer the draft in its old early June calendar slot.

“The draft ... is unique, just because it’s really weird if you have a recruit coming in that gets drafted and he ends up signing, it’s going to be difficult to try to figure out how to replace them,” said Rodriguez in an interview following Baylor’s 2021 season. “Where if it happens in early June, which it typically does, at least I have a little bit more of the summer to recover.”

On the plus side, at least more players will get a pro shot in 2021. Last year the MLB whittled the draft from 40 rounds to a mere five, and completely eliminated the minor league season in the face of the pandemic. This year they’ve bumped it back up to 20 rounds.

Thomas wrapped up a productive run at Baylor with a career season in 2021. He finished as a finalist for the Buster Posey Award, given to the nation’s top catcher. At the plate the affable Thomas stroked a .337 batting average with 11 home runs and 60 RBIs while starting all 51 of Baylor’s games.

“I’m expecting Andy Thomas to be a fairly decent pick as a senior sign,” Rodriguez said. “Some of the metrics he has from a catching and hitting standpoint, I know a lot of major league programs are very excited about him.”

If things don’t work out in pro ball, Thomas still has Baylor Law School in his back pocket. That’s not a bad backup plan. But, of course, he’d jump at the chance to chase the big-league dream.

“I had a chance after my junior year and decided the money and the timing wasn’t right for me to go and play,” Thomas said during the 2021 season. “I still thought I had more to do here (at Baylor), and I’m glad I came back. But this year I’m definitely looking forward to the opportunity for someone to pick me up.”

Rodriguez said that pitcher Tyler Thomas is another potential draftee from Baylor’s 2021 roster. The fourth-year junior emerged as the Bears’ staff ace, compiling a 5-2 record with a 2.49 ERA, 66 strikeouts and 30 walks in 65 innings. The left-hander from Keller, Texas, has always shown off eye-popping stuff, but made significant improvement this season in his effectiveness by limiting free passes.

Outfielder Davion Downey might be a candidate for a free-agent contract, Rodriguez said.

As for MCC, several players have been in contact with pro scouts. Every year so many drafting decisions boil down to a player’s “signability” – that is, his willingness to agree to a pro contract for the offered amount. Junior college players are unique in that they’re eligible to be drafted after every season. Even MCC’s top sophomores, who obviously won’t be returning to the Highlanders in 2022, should have some leverage in negotiations since they’ve all signed with Division I programs.

Henderson figures to have a decision to make. The 19-year-old right-hander should get drafted after a season in which he helped the Highlanders to their first national title in nearly 40 years while winning NJCAA Pitcher of the Year honors. Henderson went 10-2 as a freshman this season with a 1.66 ERA. He overpowered many a hitter, fanning 169 in 97.2 innings.

“If he goes out to pro ball, I hope they start him out as a starter,” MCC’s Thompson said. “Let him continue to get innings, continue to see how he develops. Then if you need to move him into the bullpen later on, that’s great. Either way, I think he’s got a real opportunity to get into the big leagues someday.”

MLB.com lists Henderson among its Top 250 draft prospects, ranked No. 234. Ian Smith of Prospects Live had him ranked much higher, at No. 101 overall. Henderson is committed to Texas A&M.

The first round and compensatory picks are scheduled for Sunday. Rounds 2-10 will unfold on Monday, beginning at noon Central, while rounds 11-20 will follow on Tuesday starting at 11 a.m. Those picks can be tracked at MLB.com.

Hot Or Not: Justin Fields will be next rookie QB to get first career win?

Baylor catcher Andy Thomas should hear his name called in the three-day, 20-round MLB Draft.

MCC’s Logan Henderson, the NJCAA Pitcher of the Year, has been ranked among the top 100-250 prospects for the Major League Draft, which starts Sunday.