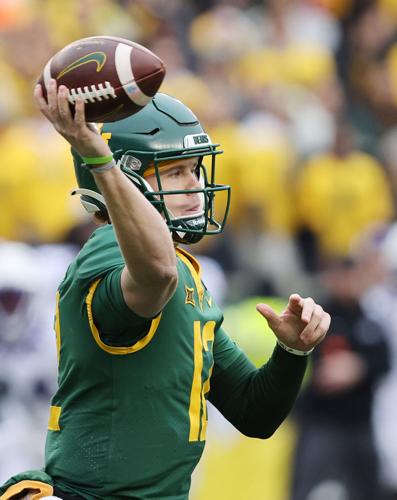 In his past three games, Baylor quarterback Blake Shapen has thrown just one touchdown pass against four interceptions. 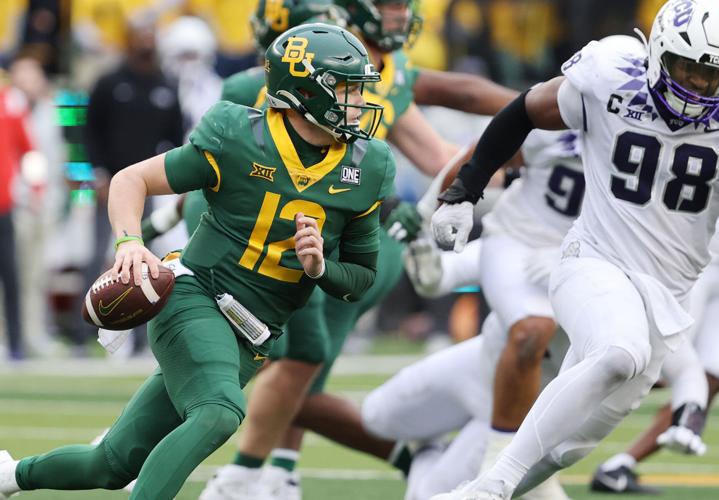 Do Baylor fans believe in evolution? They should.

In the curious case of sophomore quarterback Blake Shapen, for instance, it’s clear that Shapen has not fully evolved as a star Big 12 quarterback. He remains a work in progress. But, then again, aren’t we all?

For all his talent and gifts as a passer, Shapen has vacillated this season between flashes of fierce, next-level flings into narrow slivers of space and instances of underwhelming, underthrown balls that lead to turnovers or hair-pulling lapses in decision making.

It’s the journey of the young quarterback. This is the way. But it’s fair to wonder, is Shapen evolving as quickly as Baylor needs?

“I think with Blake, there’s been continued improvement throughout the year,” Baylor coach Dave Aranda said. “I think you look at the beginning of the year with ball security and the slides and all of it, I think he has progressed. Maybe not 100 percent, but I think it’s improved throughout. He’s really made an intentional effort to improve in those things.”

However, Shapen’s recent statistics reveal a pattern of regression. Over the past three games against Oklahoma, Kansas State and TCU, Shapen has completed 57 of 91 passing attempts for 604 yards, to go with one touchdown and four interceptions.

On the season, Shapen has completed 66% of his attempts for 2,423 yards, 14 touchdowns and nine interceptions. Those are not bad numbers — he ranks 51st nationally in passer rating — but neither are they otherworldly.

Still, when all goes right, Aranda said that he has no complaints with his quarterback’s play. When the pocket is clean and Shapen has time to survey his reads and guys are getting open, he has the ability to slice and dice the defense like a Ginsu knife.

“I think for him when the picture is clear and the coverage is diagnosed and he’s got a clean pocket, I mean he’s really, really good,” Aranda said. “I think there’s been improvement throughout the year when he can’t step up when there’s pressure in his face or when he’s out of the pocket, and ball security and keeping his eyes down the field, those are examples of things that maybe weren’t great at the start and then it’s gotten greater.”

Even if he hasn’t aced every test, Shapen at least has earned praise for doing his homework. He’s regarded as a tireless worker by both his teammates and his coaches. He puts in the time in the film room.

For his part, Shapen said he’d be letting the team down if he failed to put in the work.

“When it’s such a long season like this, it’s easy to try to be out of the facility as early as you can and things like that and maybe take shortcuts,” Shapen said earlier this month. “And for me personally, I’m not the type of person that can do that because I know that’s going to come back and haunt me.

“If I’m not in and out of the facility late and I’m not watching film, and I’m not putting in all the work that needs to be put in prior to the game, I know that I’m not giving my team the best opportunity to win. And so, that’s what I have to do week in and week out, and I know a bunch of other guys are doing the same.”

Against TCU last week, Shapen gave Baylor a little of everything — sometimes on the same drive. He made some absolutely tantalizing deliveries, where he seemingly could have flicked the ball through a keyhole if you demanded that of him. His TD pass to tight end Kelsey Johnson in the fourth quarter was the ideal audition for the World Dart Throwers Tour. Talk about your bull’s-eye.

Other times, however, Shapen made costly errors. After leading the Bears on a strong drive to close out the first half, Shapen, instead of leading his receiver, left his pass a little short in an attempt for Monaray Baldwin in the back of the end zone, and TCU’s Bud Clark undercut the delivery and made a fine catch for the interception. At a time when Baylor needed to walk away with points, Shapen and the Bears instead walked away dejected.

Of course, football fans are fickle. When Shapen has sporadically struggled, a segment of the BU fan base has taken to social media to pour a big glass of whine. They’ve done everything from wonder why Baylor didn’t name Gerry Bohanon the starter back in the spring (simple answer: Shapen won the job in the spring) to ponder whether Kyron Drones wouldn’t be a better option to lustily dream about the arrival of Dripping Springs’ Austin Novosad, the team’s top QB recruit in its upcoming signing class.

But evolution doesn’t always happen overnight. Shapen is a talented starting quarterback in his first full year as a starter who has made some good plays and some not-so-good plays, but by all accounts is constantly working to get better.

“I’ve had to evolve in being more vocal, I guess, and things like that,” Shapen said. “Just trying to get better as a player every single day.”

Added Aranda, “I think he still wants growth in those areas (where he has shown improvement), and I think some of those areas popped up on Saturday. He has been improving on it. But for all of us, and for me, I’d like to be so much better than I am. So I’m sure it’s the same for him. So he’ll stay and fight.”

College football calls it bowl season, but a better description would be bowl weirdness.

Baylor coach Scott Drew will shake hands with a familiar name when the No. 6 Bears face Marquette in the Big 12-Big East Challenge.

Baylor’s volleyball seniors aren’t ready to say goodbye to the Ferrell Center quite yet.

For the first time since Baylor beat Gonzaga in the 2021 national championship game, they’ll renew their rivalry a long way from any college b…

ESTERO, Fla. — In a game of runs, Michigan had the most important one — the last one.

Tunisia our inspiration says USA captain ahead of Netherlands match

Tunisia our inspiration says USA captain ahead of Netherlands match

In his past three games, Baylor quarterback Blake Shapen has thrown just one touchdown pass against four interceptions. 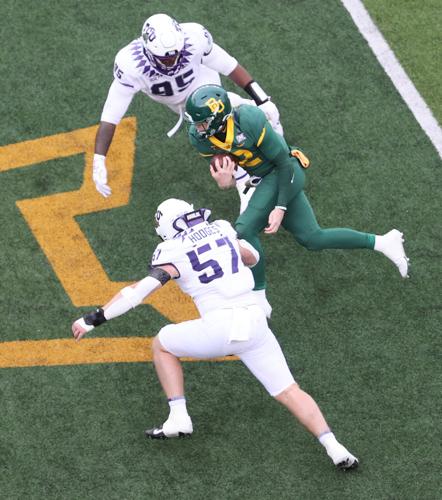 Baylor quarterback Blake Shapen has gone to banging headfirst for yards on scrambles rather than sliding. 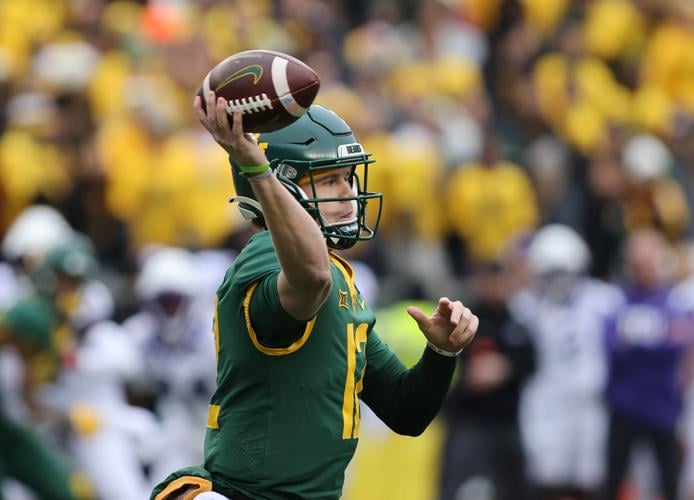 Baylor quarterback Blake Shapen has 14 touchdown passes and nine interceptions on the season through the Bears' first 11 games.