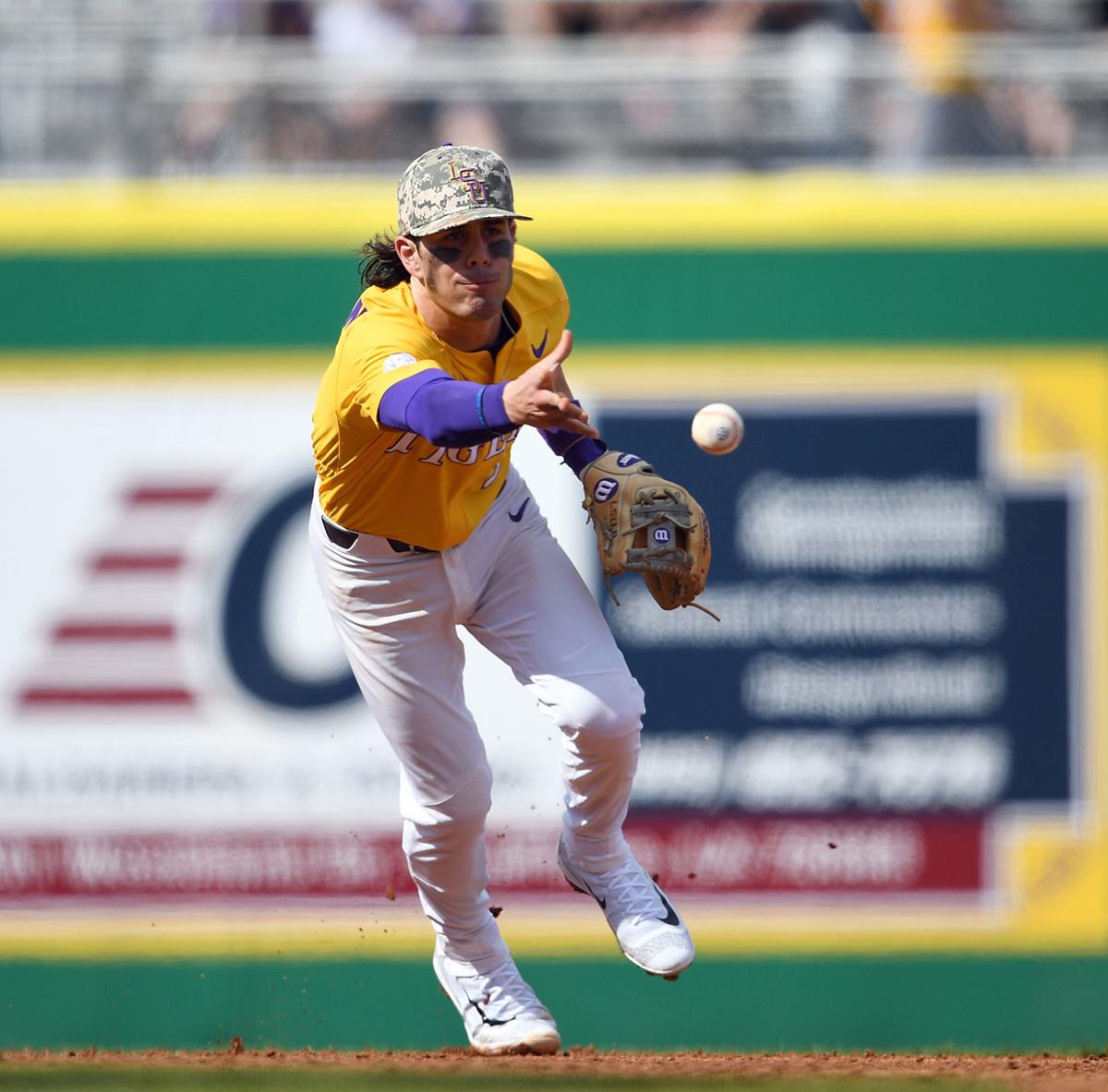 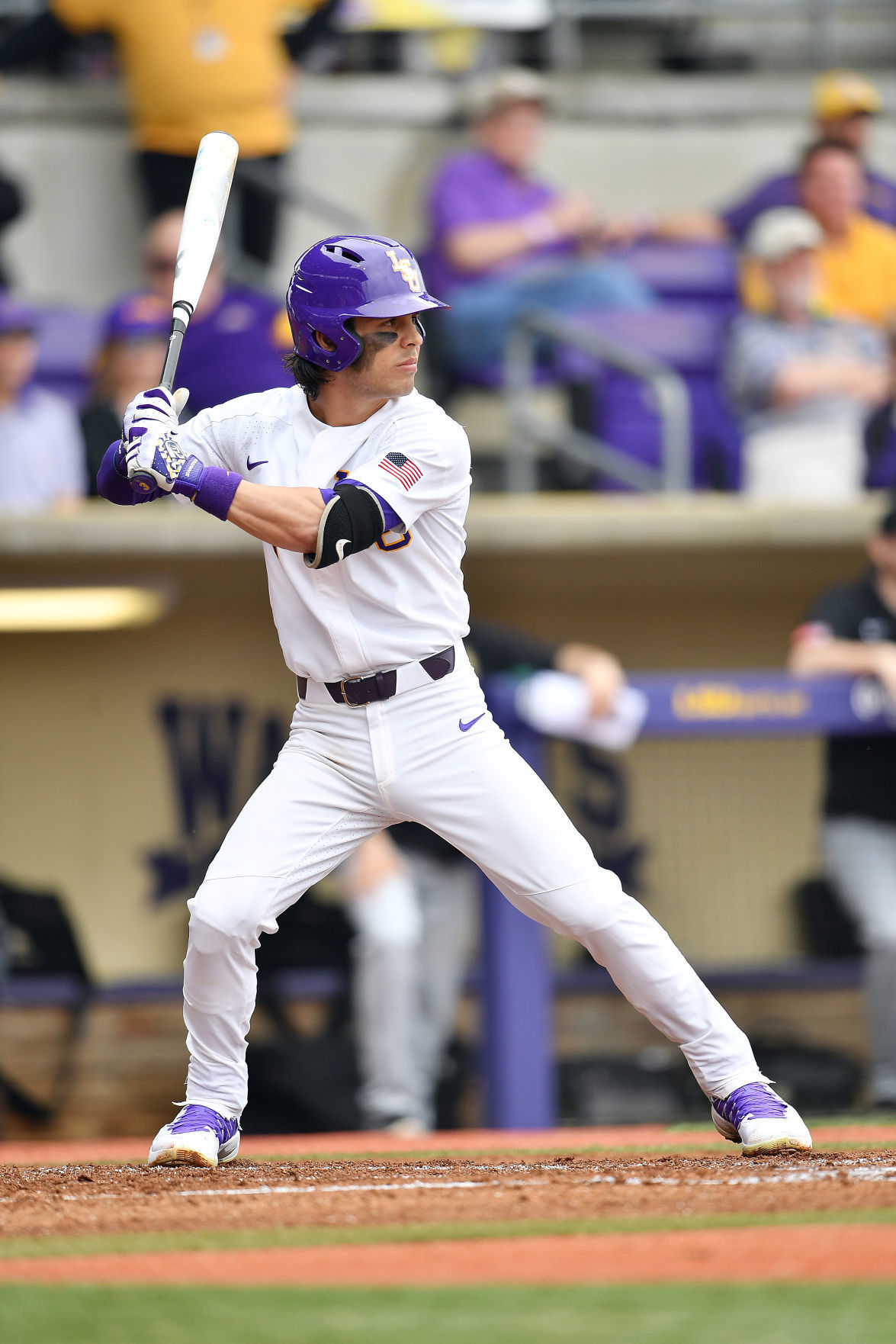 Midway alum Kramer Robertson is off to a strong start with the Peoria Chiefs, the St. Louis Cardinals’ Class A team.

It’s all the schools he considered attending as he was being recruited.

Back when he was a Super Centex ballplayer at Midway, Robertson found himself with a variety of options to play college baseball. Ultimately, he narrowed his choices to Baylor, Ole Miss, Texas A&M and LSU.

Looking back, four years later, Robertson couldn’t be more satisfied with the path he selected.

“I’m going to see all the other teams I considered this weekend,” Robertson said. “It was a tough decision at the time, it really was. But I just thought LSU suited me best. It just felt like a natural fit.”

The move surprised some people, who figured Robertson would naturally gravitate to Baylor. Though born in Louisiana, he spent most of his formative years growing up in Waco and playing sports for Midway. Kramer’s father is Randy Robertson, a Waco businessman and former Louisiana Tech quarterback. His mother is Kim Mulkey, the Women’s Basketball Hall of Fame coach for Baylor and a former Louisiana Tech point guard. His sister Makenzie played basketball for Mulkey at Baylor following her own successful athletic run at Midway.

But LSU presented Robertson a chance to carve out his own identity, and he couldn’t pass that up.

“I think a lot of people were surprised I didn’t go there to Baylor, especially my Mom being who she is in Waco,” he said. “But I had to do what was best for me, not what was expected. Getting away from Waco was what I felt was best for me. I think people see that now, that it was the right decision.”

Nevertheless, Robertson experienced moments where he questioned himself. He immediately fell in love with the baseball culture at LSU, with the rabid crowds of 20,000 for some random Friday night game in mid-March.

He saw plenty of playing time as a true freshman in 2014, earning 30 starts at second base. Robertson dazzled defensively from the start, including an early-season play against Grambling State where he sprinted to foul territory to make an amazing sliding catch. The grab made ESPN SportsCenter’s top 10 plays of the day.

But at the plate, he struggled. Nothing found a hole. Robertson hit .200 with 20 RBIs his first year, and followed up with a .232 average and just five RBIs as a sophomore in 2015. For the first time in his life, a sport wasn’t coming naturally.

“I questioned everything,” Robertson said, matter-of-factly. “I wondered if I’d done the right thing. But I’m proud I stayed the course. I went through the lowest of lows, and now I’m experiencing the highest of highs. I think there’s something to be said for all the trials and tribulations, the struggles that I’ve gone through. It’s been a special journey, and I think it’s made me into the ballplayer I am and really the man I am now.”

In 2016, Robertson’s perseverance was rewarded. He found his groove offensively, hitting .324 with two home runs, 20 doubles, 39 RBIs, 61 runs scored and 14 stolen bases. He was LSU’s leading hitter in SEC play, with a sparkling .363 average.

So, what sparked the turnaround?

“I wish I had a great answer,” Robertson said. “I think it came down to maturity. I’ve always been confident in my ability. But I had never struggled before in my life, the game always came easy to me. I had to learn how to handle failure, learn not to press, not to let failure beat you. It got into my head, and I couldn’t get out of it for a while.

“But being 21 last year, now 22 years old, the maturity level is so much higher than when I first got to college.”

Robertson has unlocked the secret. He has learned not to let bad at-bats linger, has figured out that he can’t allow great performances to alter his focus. Another at-bat, another game awaits right around the corner.

In many ways, he has become the face of LSU baseball. Despite his even-keel approach to his at-bats, he plays with a fiery passion. He’d sooner be dragged off the field than leave willingly.

Last season a stray cutoff throw popped him in the mouth; he kept playing with a massively swollen lip.

“Anyone who questions his courage is going to have a fight with me,” LSU coach Paul Mainieri told the SEC Country blog. “You take balls in the mouth and stay in. I once saw him take a bad hop in the mouth taking fungos in practice. I had to make him leave practice with the dentist. He wanted to stay in there. And there was no one out here. It wasn’t for show.”

Following the 2016 season, the Cleveland Indians selected Robertson in the 32nd round of the Major League Draft. Professional baseball is the career path he wants to pursue, but he put it on hold and opted to return to LSU for his senior year in 2017.

One word drives him – Omaha.

The biggest city in Nebraska is of course the home of the College World Series. Last year, LSU fell short of reaching the CWS when Coastal Carolina took down the Tigers in the NCAA Super Regional. The disappointment of not reaching college baseball’s ultimate stage fueled Robertson’s decision to return to Baton Rouge, and Mainieri has called it an “obsession” for his star shortstop.

“The fact that he himself has not been to Omaha, I think, really gets in his craw,” Mainieri said.

Robertson doesn’t deny it. “It was a really easy decision to come back,” he said. “There wasn’t any doubt it my mind. I want to make it to Omaha. That’s pretty much the whole decision right there.”

So far, so good. Robertson is hitting .484 on the young season with nine RBIs and a .774 slugging percentage. More importantly to him, LSU is 8-1 and ranked fourth in the nation in the Baseball America Top 25, with a stacked team certainly capable of playing deep into June.

Robertson is playing with the same intensity as usual, and his vocal, outward displays of emotion sometimes don’t sit well with fans, particularly those of the opposing teams. Mainieri has called him a “polarizing guy,” but he doesn’t want his shortstop to change.

And Robertson has no plans of changing.

“I’m always going to bring that passionate fire, that leadership,” he said. “It may rub some people the wrong way, but that’s who I am. My whole life, that’s the way it’s been. There were kids who didn’t like me in elementary school because of that. It used to bother me, but not anymore.

“The only opinions I care about are the ones belonging to my teammates, my coaching staff and the support staff here, and my family. That’s all I care about.”

So far in Baylor women’s basketball coach Nicki Collen’s first season leading the program, fans and critics have only been able to make guesse…

Midway alum Kramer Robertson is off to a strong start with the Peoria Chiefs, the St. Louis Cardinals’ Class A team.