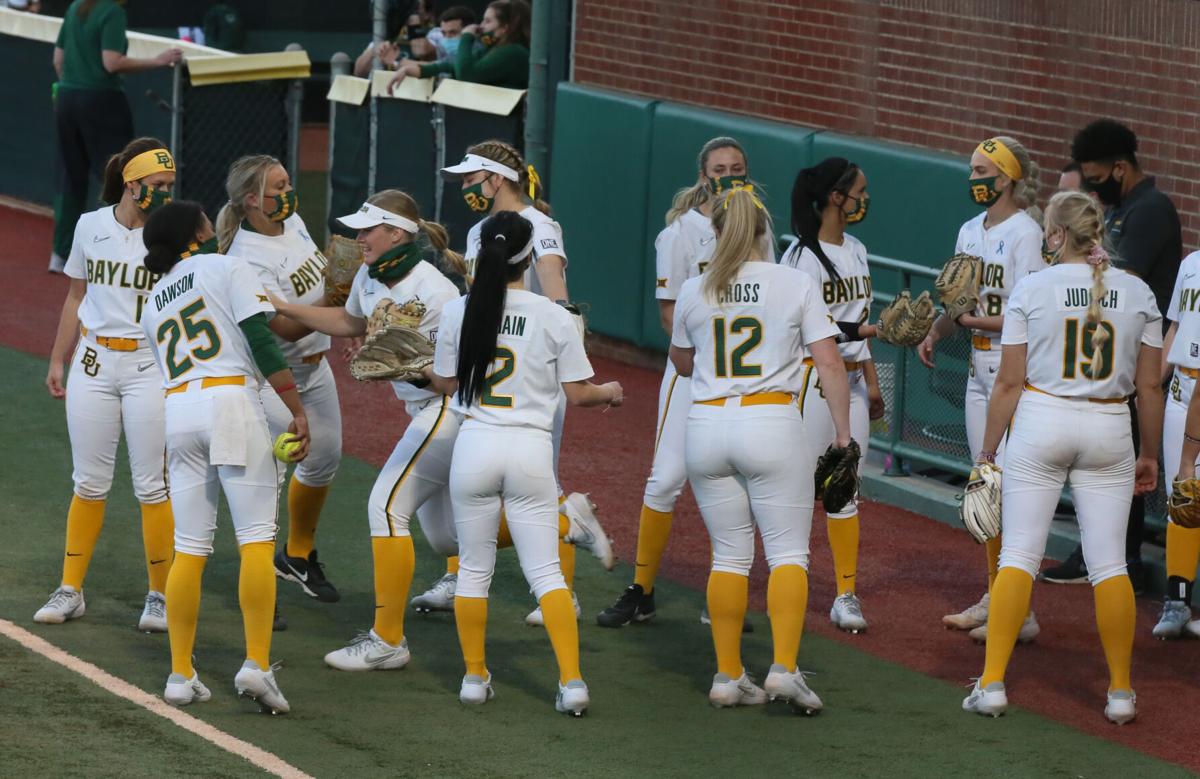 The Baylor softball team opened its 2021 home season with a 6-1 win over UT-Arlington on Wednesday. 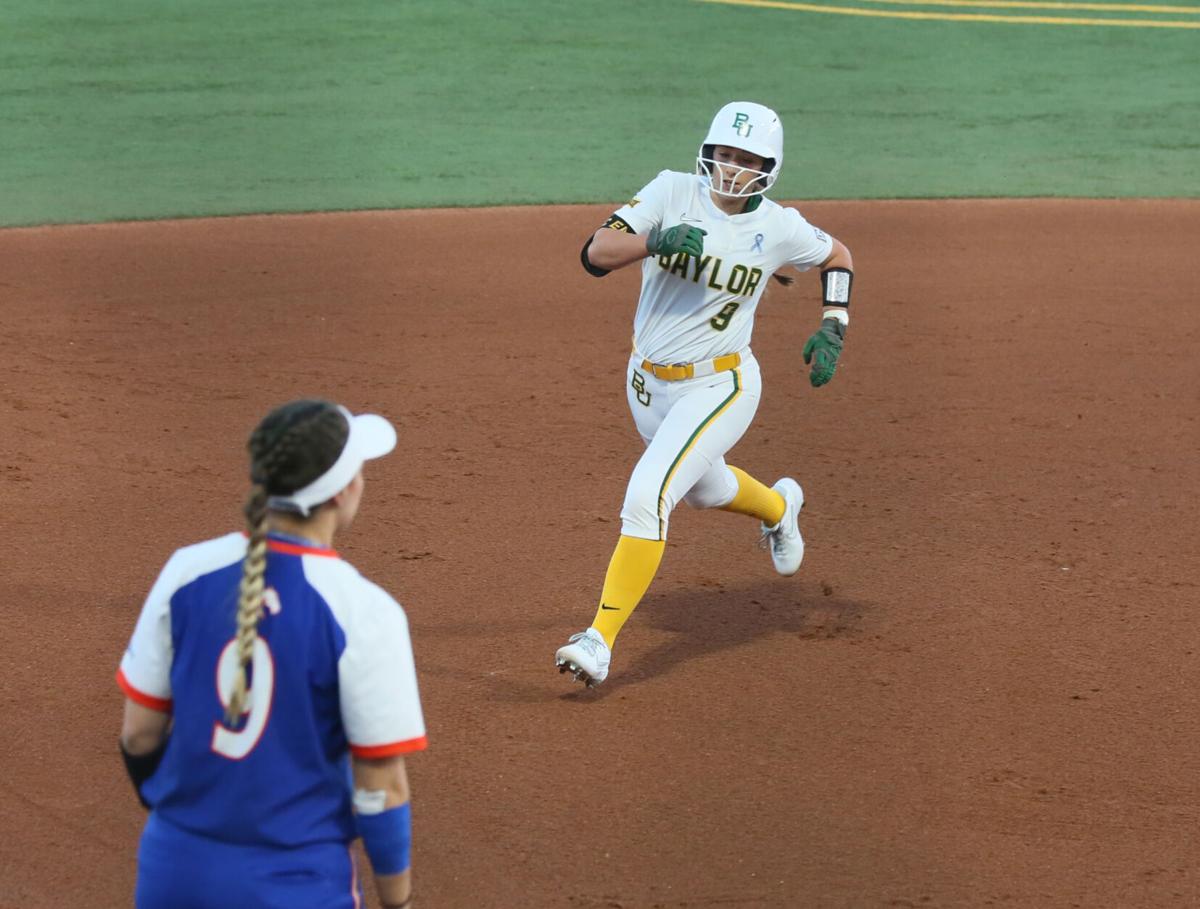 Baylor's Lou Gilbert rounds the bag for a triple against UTA in the first inning. 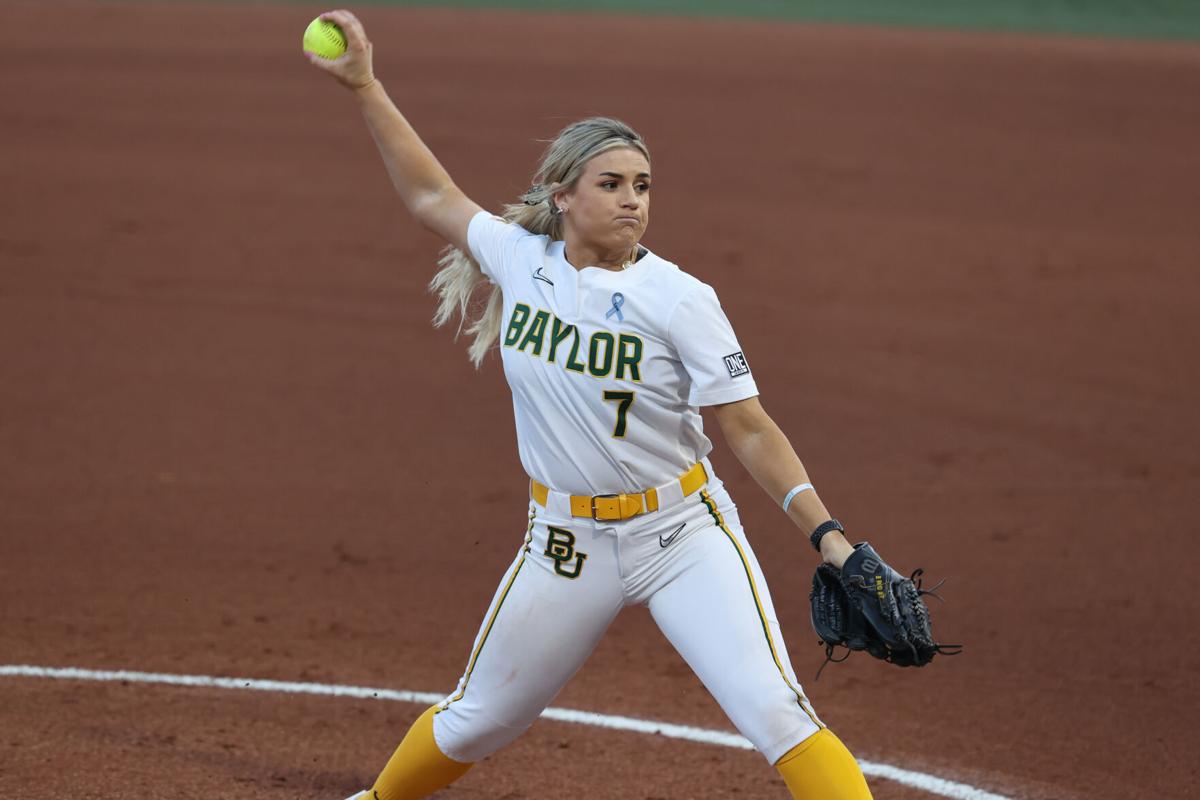 Baylor's Gia Rodoni slings a pitch in the Lady Bears' win over UT-Arlington. 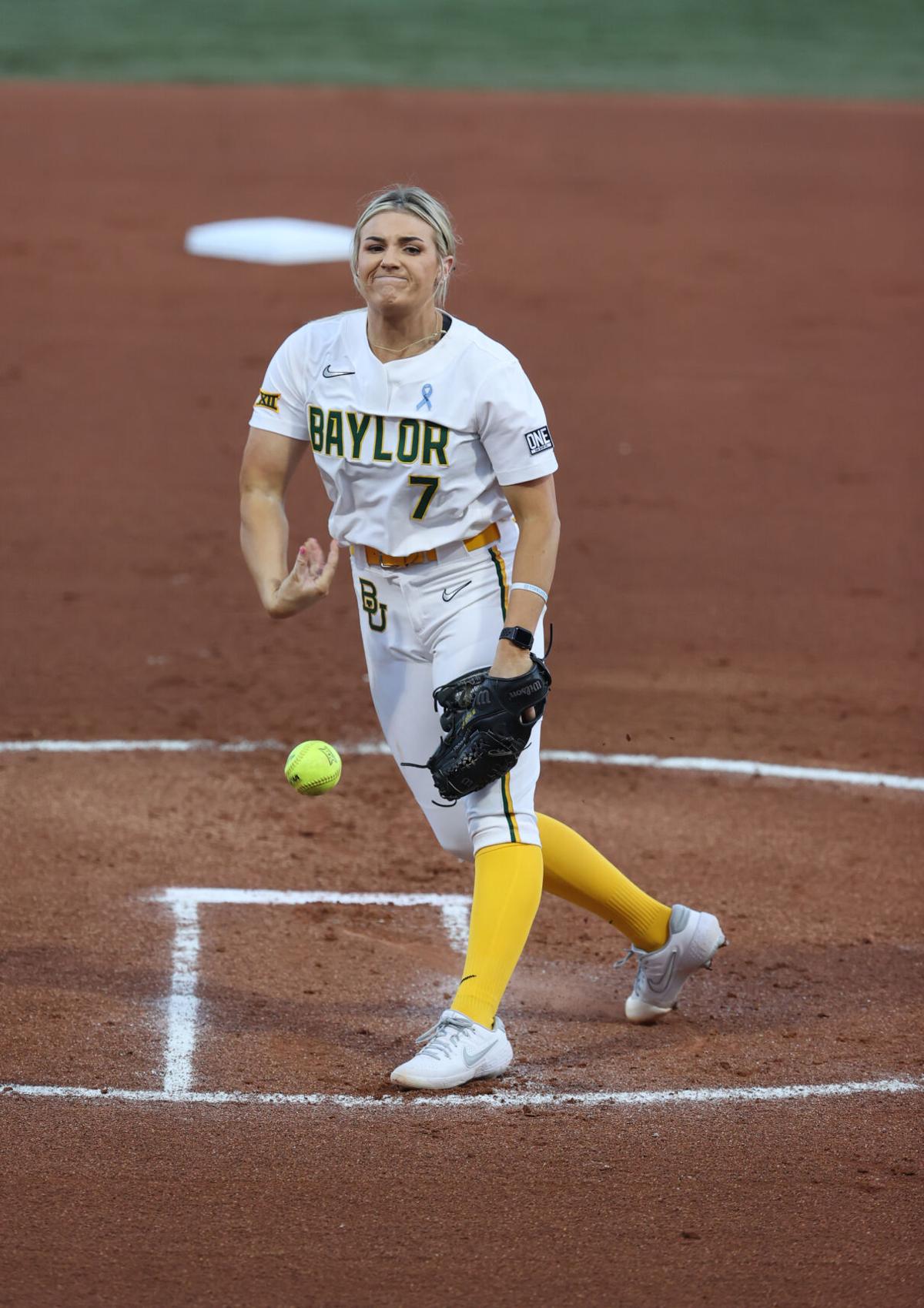 Baylor's Gia Rodoni fires a pitch to the plate in the Lady Bears' win over UT-Arlington.

Back for her fifth season after COVID-19 shortened 2020, Goose McGlaun wants to return to the scary hitter she was upon arriving at Baylor.

Pounding a homer and a double, McGlaun showed the No. 21 Lady Bears that her power potential is still there in Wednesday night’s 6-1 win over UTA in the home opener at Getterman Stadium.

After her power numbers dropped to three homers in 2019 and one last season, McGlaun is looking for double-digit long balls. McGlaun blasted her solo homer over the left-field fence in a three-run sixth inning as the Lady Bears improved to 2-1.

“Especially after the little bit of a slow start I had last year with COVID hitting, I was ready,” McGlaun said. “I worked on a transfer of weight during the off-season, a lot of reps and stuff like that, so it’s nice to see it pay off for sure.”

But McGlaun wasn’t the only Baylor hitter who displayed muscle against the Mavericks (0-3).

“It felt amazing because last year the season was shortened,” Hott said. “I went up there not putting any pressure on myself, just as calm as can be and was looking for a pitch. I knew I could hit it far, and she (Gracie Bumpers) threw a screwball, and I went with it and watched it go over.”

The Lady Bears are dedicating the 2021 season to former hitting coach Mark Lumley, who died of cancer in December.

“We dedicated the season for Lum, so it made me so happy, almost tearful, that we were doing exactly what he would want us to do, especially in our first home game,” Hott said. “It was amazing and I’m sure the pitchers were grateful to have it too.”

Baylor’s power surge provided more than enough runs for Baylor ace Gia Rodoni (1-1), who allowed four hits, a walk and a run in five innings before Maren Judisch and Sidney Holman-Mansell each threw one shutout inning in relief.

“Gia is getting better every game, and I thought that was quality work against an offense that we know is very capable of hitting the ball hard,” said Baylor coach Glenn Moore. “I thought she kept them off-balance. She gave up a couple of hits and did what a quality experienced pitcher would do and got in control of things.”

Per the Houston Chronicle, OU and Texas "have both reached out to the SEC about potentially joining" the conference.

There are truly million$$$ of reasons why Oklahoma and Texas may end up bolting the Big 12 for the SEC.

Have you ever flown standby? It’s the gambler’s way to travel. On the serendipitous chance that your name is called, you rejoice, grateful tha…

Source: ‘No panic’ as Big 12 leaders discuss how to keep Texas and OU

“All options are on the table,” according to a a person familiar with the meeting of Big 12 leaders on Thursday, where they discussed contingency plans to survive without Texas and Oklahoma.

Making the rounds: Aranda excited to be at first Big 12 media days

ARLINGTON — Baylor coach Dave Aranda looked like the happiest man at AT&T Stadium as he made the rounds Thursday for TV, radio and print i…

Baylor softball welcomed in a pair of transfers, announcing the additions of Rachel Hertenberger from Houston and Rhein Trochim from Illinois.

The Baylor softball team opened its 2021 home season with a 6-1 win over UT-Arlington on Wednesday.

Baylor's Lou Gilbert rounds the bag for a triple against UTA in the first inning.

Baylor's Gia Rodoni slings a pitch in the Lady Bears' win over UT-Arlington.

Baylor's Gia Rodoni fires a pitch to the plate in the Lady Bears' win over UT-Arlington.