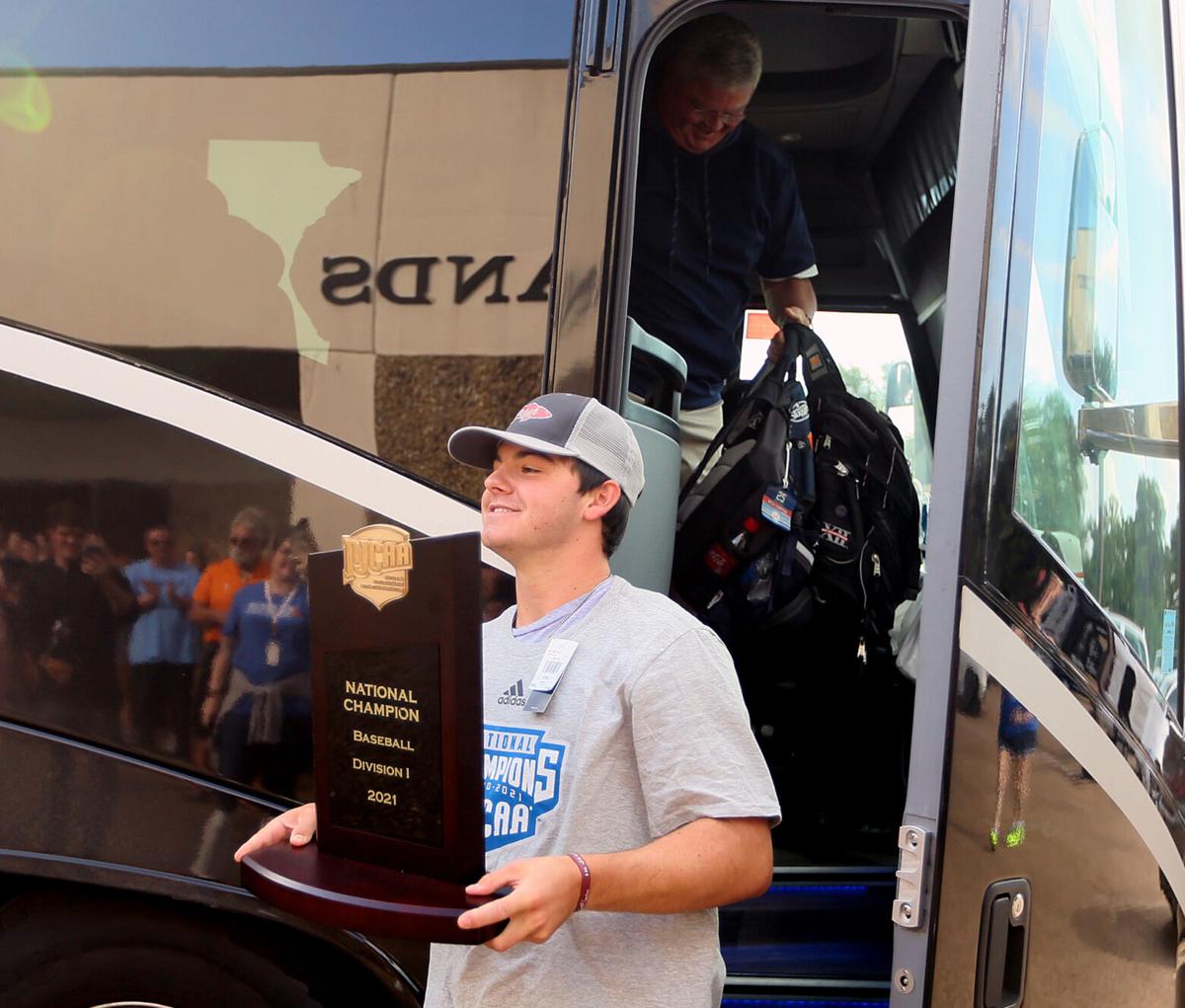 MCC's Logan Henderson was a fourth-round pick of the Milwaukee Brewers on Monday. 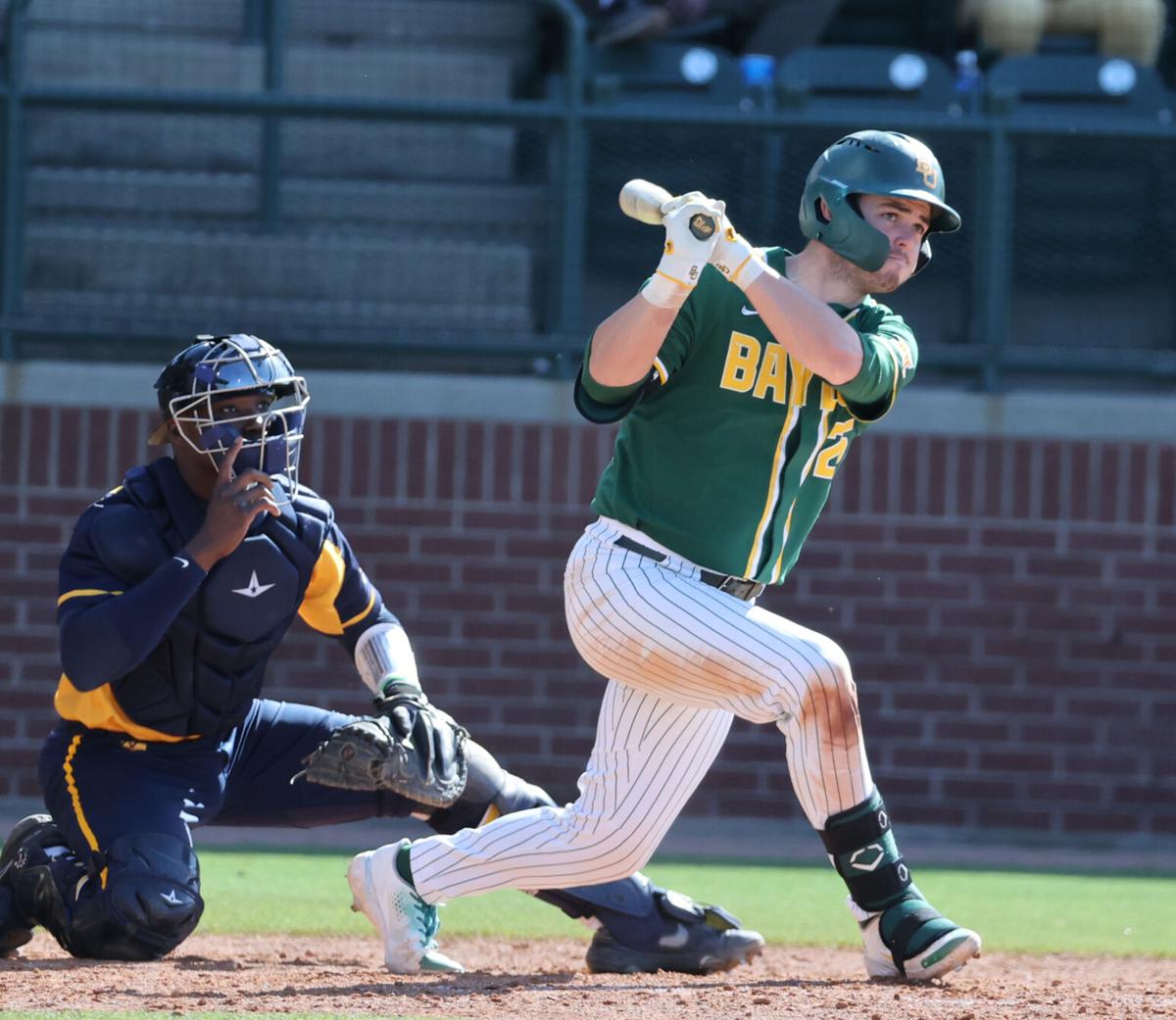 Baylor catcher Andy Thomas was chosen by the Seattle Mariners in the fifth round of Monday's Major League Baseball Draft.

Every kid who picks up a ball and glove dreams of playing in the big leagues someday. Baylor’s Andy Thomas and McLennan Community College’s Logan Henderson just moved closer to that dream.

Henderson and Thomas were both selected on the second day of the Major League Draft on Monday. The Milwaukee Brewers took MCC’s Henderson in the fourth round of the draft, with the 116th pick overall. One round later, the Seattle Mariners snapped up Thomas, Baylor’s All-American catcher with the 144th pick.

Henderson helped hurl the Highlanders to the JUCO World Series title in 2021, the program’s first national championship since the 1983 season. The 19-year-old right-hander flashed command and splendid stuff in his freshman season, going 10-2 with a 1.66 ERA and 169 strikeouts in 97.2 innings.

Flamin’ Cheetos aren’t any more red-hot than Henderson was, as he finished the season with double-digit strikeouts in his final seven outings. He was named the Most Outstanding Pitcher of the World Series.

Henderson will have a bit of leverage in his negotiations with the Brewers, considering he has signed with Texas A&M and can always return to college. The approximate value of the contract Henderson could expect at his slot of the draft is just over $497,000.

Baylor’s Thomas, meanwhile, should be a sure signee for the Mariners, since he has completed his college eligibility. Thomas turned in an eye-popping career year for the Bears in 2021, claiming multiple All-America honors and being named a finalist for the Buster Posey Award, given to the nation’s top catcher.

With Thomas’s signing, Baylor has now had at least one pick in every draft since 1991. He’s the 13th Baylor player selected in Steve Rodriguez’s tenure in Waco, which began in 2016.

In 184 career games with Baylor, Thomas tallied 216 hits, 124 runs and 141 RBIs and a .327 career average. Thomas joins former Baylor teammate Kyle Hill in the Mariners organization. Hill, 24, was a 10th-round pick in 2019 and currently has a 3.12 ERA and four saves pitching for the Everett AquaSox, Seattle’s High A affiliate.

It was a busy day for the Big 12 and Texas products overall. The Big 12 had just two pitchers – Jordan Wicks (first round, Cubs) and Texas’s Ty Madden (supplemental round, Tigers) — taken on the first day of the draft Sunday. But on Monday, a slew of Big 12 players came off the board, including two more Longhorns — outfielder Mike Antico (eighth round, Cardinals) and pitcher Cole Quintanilla (ninth round, Nationals).

Texas Tech saw seven of its players drafted Monday, highlighted by shortstop Cal Conley going to the Braves in the fourth round. A total of 19 Big 12 players were taken on Day 2.

Over in the SEC, a trio of Texas A&M players were selected, led by pitcher Dustin Saenz going to the Nationals in the fourth round.

The draft will finish with rounds 11-20 on Tuesday.

MCC's Logan Henderson was a fourth-round pick of the Milwaukee Brewers on Monday.

Baylor catcher Andy Thomas was chosen by the Seattle Mariners in the fifth round of Monday's Major League Baseball Draft.