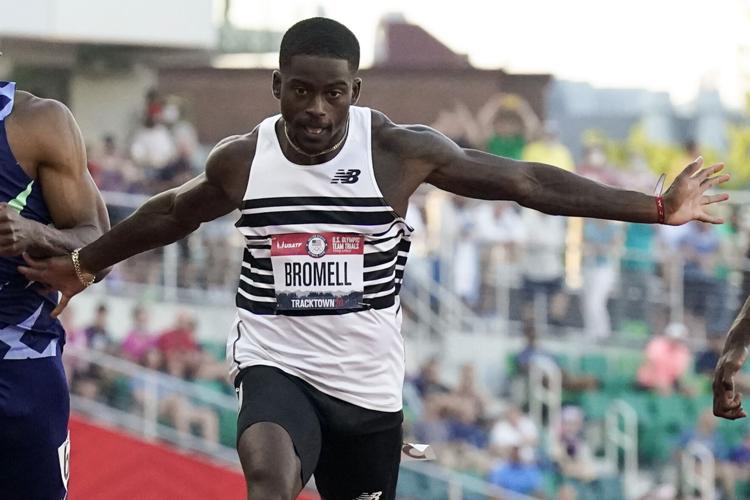 Former Baylor standout Trayvon Bromell won the 100 at the U.S. Olympic Trials last year, and will be looking to do the same at this week’s USA Outdoor Championships in Eugene, Oregon. 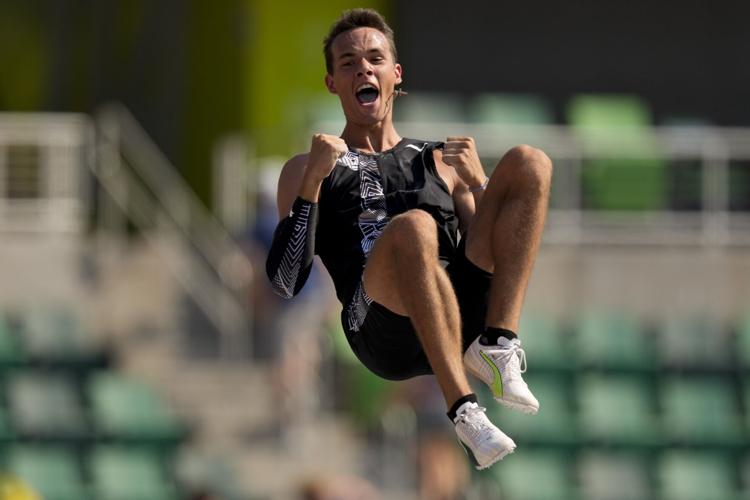 Former Baylor pole vaulter KC Lightfoot will be gunning for a win at this week’s USA Outdoor Track and Field Championships in Eugene, Oregon.

You only thought the Baylor track and field season was over.

OK, technically it is. But plenty of current and former Bears will be in action at a familiar site this week as they take part in the USA Outdoor Track and Field Championships at Hayward Field in Eugene, Oregon.

Count Lightfoot among the favorites in the pole vault, for sure. He finished fourth at the Beijing Summer Games, clearing 19 feet, just inches off the medal stand. He owns personal bests of 19-8 indoors and 19-2.25 outdoors. At Baylor he raised the bar, quite literally, on the school record on his way to all manner of accolades and achievements, including the 2021 NCAA indoor title. Then he turned pro prior to the completion of his sophomore outdoor season last year.

Bromell is always a threat to add more gold to his jewelry collection. The 2014 NCAA champion in the 100 at Baylor has a season-best time of 9.92, which ranks fifth in the world in 2022. He clocked a 9.76 at a meet in Kenya last year, the seventh-fastest time in history on record, and won the Olympic Trials, but finished a millisecond out of the Olympic final.

The competition will be ridiculously tough in the 400 at the USA Championships, as six of the top 10 times in the world this year are owned by Americans. But London has had success at this meet before. He finished third at the 2017 USA meet at the tender age of 19, clocking a personal-best time of 44.47. His best so far in 2022 came at Baylor’s Michael Johnson Invitational, where he went 45.41.

London made the U.S. Olympic team last year as the first ever native Wacoan to do so, as a member of the mixed (co-ed) 4x400 relay pool. But he never was pushed into duty in Beijing.

“I am super excited to be at the USA Championships coming off of a long season,” Baylor head coach Michael Ford said. “It’s an honor to qualify for both the Under-20 and senior championships. ... I’m looking forward to all our kids competing for a shot to make a team and get some experience to be on the international team. It’s definitely our biggest group to the USA championships and we also have some Baylor exes competing, like Trayvon Bromell, Wil London and KC Lightfoot. I’m eager to watch them compete this week.”

The USA Outdoor Championships start Thursday and run through Sunday. The meet acts as a qualifier for the World Championships, which will be July 15-24 also in Eugene.

Additionally, several other Baylor athletes will compete for their home countries at their national meets.

We all know the most common way to measure progress in sports.

Baylor announced the addition of James Leverton as its new baseball pitching coaching on Friday.

He may have switched uniforms, but Mitch Thompson is still being recognized for the work he did at McLennan Community College.

Baylor football picked up a commitment from a four-star defensive back Saturday night.

“Together we’re going to take this thing back to Omaha and, Lord willing, we’re going to compete to win the whole dadgummed thing,” Mitch Thompson said.

As an All-America shortstop, Greg Dennis was a vital member of McLennan Community College’s 1983 national championship team because of his bas…

One of Baylor’s former star hitters is returning to campus as the Bears’ new hitting coach, as the program announced the hiring of Zach Dillon…

One of Baylor volleyball’s back-row rocks from the past several seasons is moving on, as libero Shanel Bramschreiber is joining Wisconsin as a…

Former Baylor standout Trayvon Bromell won the 100 at the U.S. Olympic Trials last year, and will be looking to do the same at this week’s USA Outdoor Championships in Eugene, Oregon.

Former Baylor pole vaulter KC Lightfoot will be gunning for a win at this week’s USA Outdoor Track and Field Championships in Eugene, Oregon.