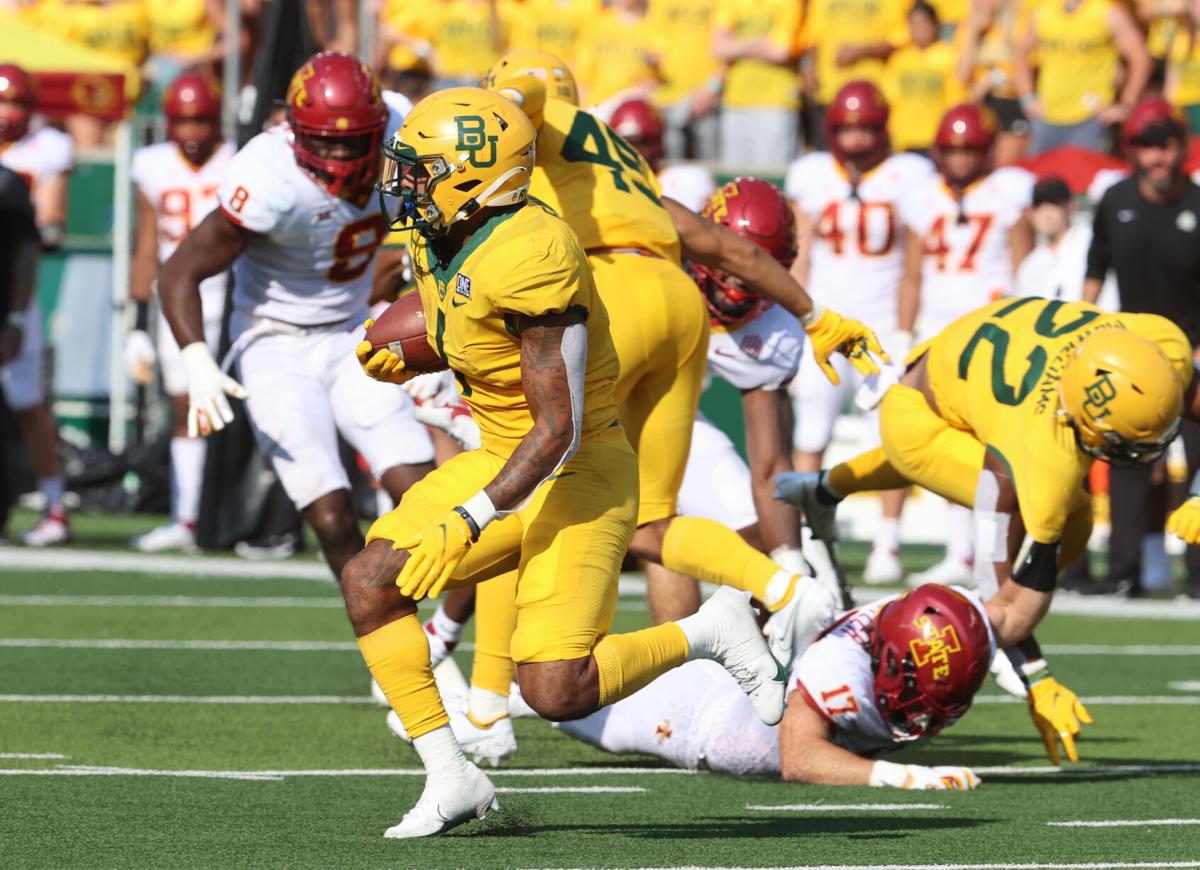 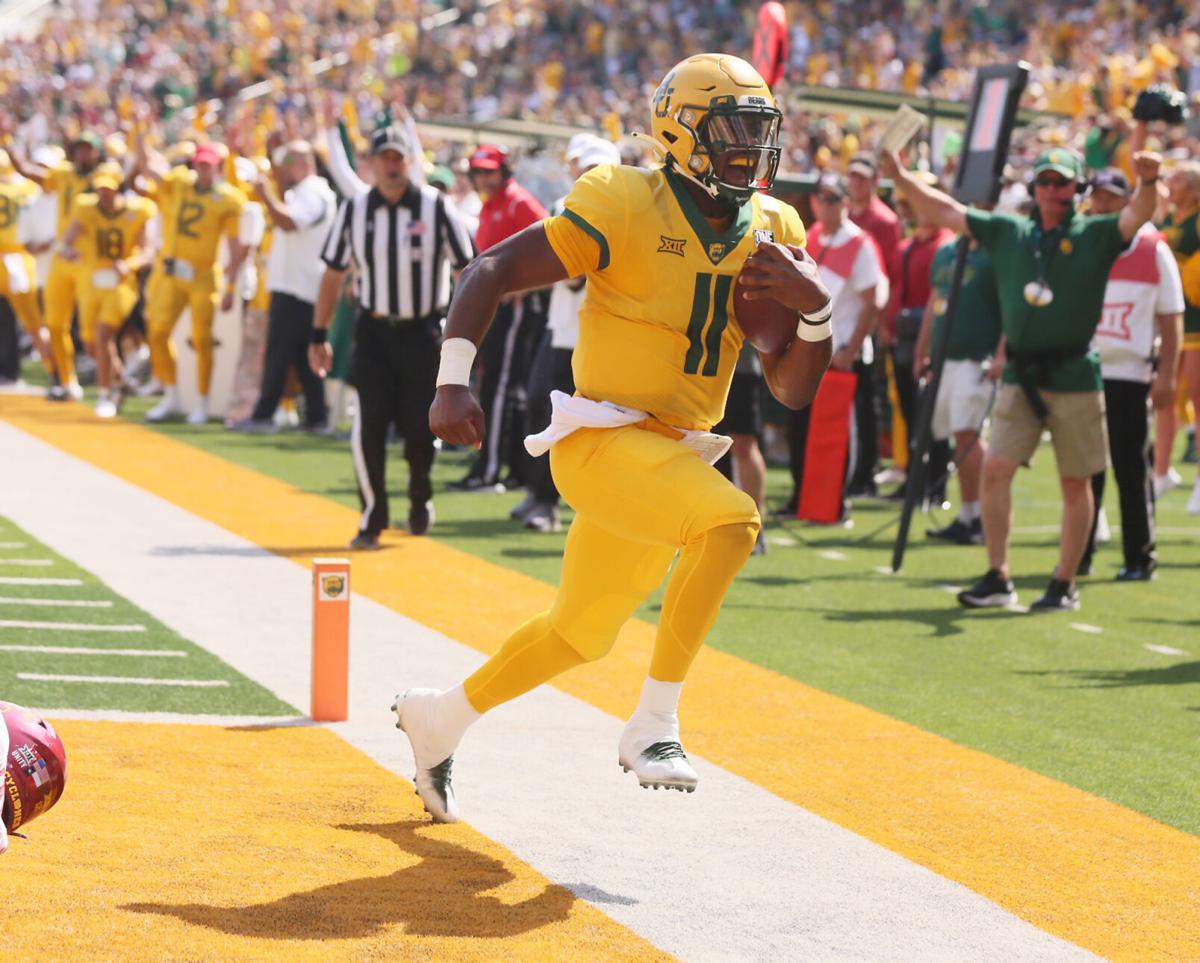 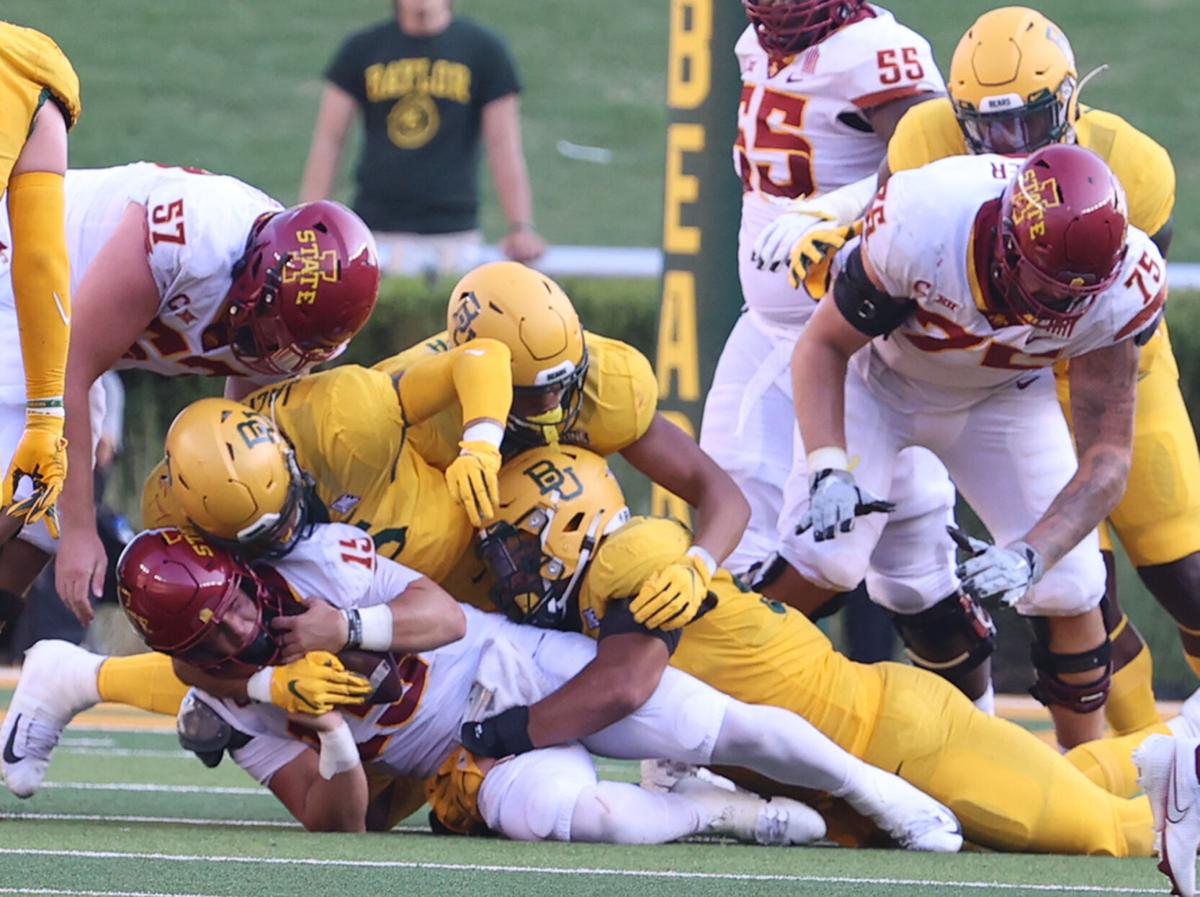 With its ascension to the Top 25, Baylor is starting to gain national attention on a scale that the Bears haven’t seen since the 2019 season.

Saturday’s game between the No. 21 Bears and No. 19 Oklahoma State at 6 p.m. at Boone Pickens Stadium in Stillwater will be the Big 12’s premier game of the weekend.

The Bears’ thrilling 31-29 win over then-No. 14 Iowa State on Saturday is already in the rear-view mirror, and Baylor’s complete focus is on beating Oklahoma State in a tough road environment.

“We’re completely in the grind,” Aranda said. “Having staff meetings and having academic meetings after that, guys are asking questions on how we can get this D to a C, how can I get this C to a B or an A. Just to really be enveloped in the details of doing simple better and getting better at what we do is where we want it all to be.”

With 4-0 records, Baylor, Oklahoma State and Oklahoma are the only remaining unbeaten Big 12 teams. The Sooners will face a considerable road test against a 3-1 Kansas State squad that suffered its first loss of the season against Oklahoma State, 31-20, on Saturday in Stillwater.

The biggest uncertainty for the Bears, now 2-0 in the Big 12, is whether all-Big 12 linebacker Terrel Bernard will play after going out in the first half against Iowa State with a knee injury. Bernard’s knee was scoped Monday but the results weren’t yet known at Aranda's press conference.

“I think the hope is he could possibly be back this week, most likely back for West Virginia (on Oct. 9),” Aranda said. “It could be worse than that depending on what they find in the scope. So we’re in a wait and see mode. Once they’re out of it, we’ll have an idea of where it’s at.”

If Bernard is out, sophomore Matt Jones will move from the “jack” position inside to weakside linebacker. Showing tremendous versatility, Jones has emerged as one of Baylor’s best defensive players this season as he ranks fourth on the team with 14 tackles, including three for loss.

“I think Matt has played too many positions out of a need for us, and has done it without complaint and has done it full throttle, which I appreciate and love about Matt,” Aranda said. “There is a football instinct in him and a desire to make plays in him that is way strong.”

The Bears earned two Big 12 player of the week awards following the win over Iowa State.

Trestan Ebner was named special teams player of the week after returning a kickoff for a 98-yard touchdown in the third quarter followed by a 41-yard punt return that set up Isaiah Hankins’ 34-yard field goal in the fourth quarter.

After Iowa State cut Baylor’s lead to 31-29 with 24 seconds left in the game, Randolph delivered a heavy pass rush on the two-point conversion attempt that forced Purdy’s pass to be intercepted in the end zone by Baylor safety JT Woods to preserve the win.

The 6-7, 265-pound Randolph is playing the jack position, and Aranda expects his role to grow as the season progresses.

“Having to throw over that (height), I think that forced an errant throw and there’s more air under it, and JT can do what he does,” Aranda said. “I think whether it’s the next game or any time we’re facing offenses that put tight ends on the field, you like having a guy who could play that position as well on the other side of it athletically and lengthwise. Garmon’s going to be really big for us moving forward.”

Despite the win, the Bears need to improve in a lot of areas to continue being a force in the Big 12. Iowa State piled up 469 yards to Baylor’s 282 yards. The Bears were hit hard by penalties with nine for 100 yards compared to the Cyclones’ three for 15 yards.

“A lot of the tape is ugly to look at,” Aranda said. “It’s tough to kind of put both feet in the ground and own up to certain parts of that tape. Having been in this space before, you’d rather take a win instead of a loss in this circumstance. There’s a whole bunch of chances to get get better and we’re aiming to do that.”

During practice this week, Aranda said the Bears will focus on eliminating penalties and continue to emphasize ball security. Quarterback Gerry Bohanon fumbled in Iowa State territory on the first drive of the third quarter after leading the Bears to three first-half touchdowns.

“I think we’re going to do some different things in terms of emphasizing ball security at the start of practice,” Aranda said. “And then throughout practice, we’ll have a lot more opportunities for guys to have balls in their hands, and guys will make attempts at it. Penalty-wise, having a really strong account at the end of the day of who did this, who did that, and then having repercussions for that. I think for us to fight for that game and then almost give that game away is not acceptable. Right now, what’s standing in our way is penalties.”

The Cowboys looked sharp in their Big 12-opening win over Kansas State as third-year starting quarterback Spencer Sanders hit 22 of 34 passes for 344 yards and two touchdowns with no interceptions while also running for a two-yard touchdown.

“It’s a growing confidence with him,” Aranda said. “Right away, you can see his legs and his ability to create. He gets in the red zone and critical must-have areas, and now all of a sudden, the running back run becomes a quarterback keep.”

Utah State transfer Jaylen Warren enjoyed a big day for the Cowboys as he rushed for 123 yards on 27 carries against the Wildcats and ranks among the Big 12 rushing leaders with 387 yards and four touchdowns in four games.

“He’s physical, explosive, he’s got a turbo pack on back there,” Aranda said. “So he jumps off the screen. He’s been the difference in their offense, really. A lot of wide zone, similar to us, a lot of shot plays. They will get in formations where they make you choose whether you’re going to defend the run or defend the pass.”

BEAR FACTS – Former Baylor quarterback Robert Griffin III will be part of the broadcast team on ESPN2 for Saturday's game between the Bears and Cowboys in Stillwater....Baylor’s Oct. 9 game against West Virginia at McLane Stadium has been set for an 11 a.m. kickoff and will be televised on FS1.