VIDEO: Rice band takes aim at Baylor LGBTQ stance in halftime show
1 comment
Share this
Only $5 for 5 months
1 of 3 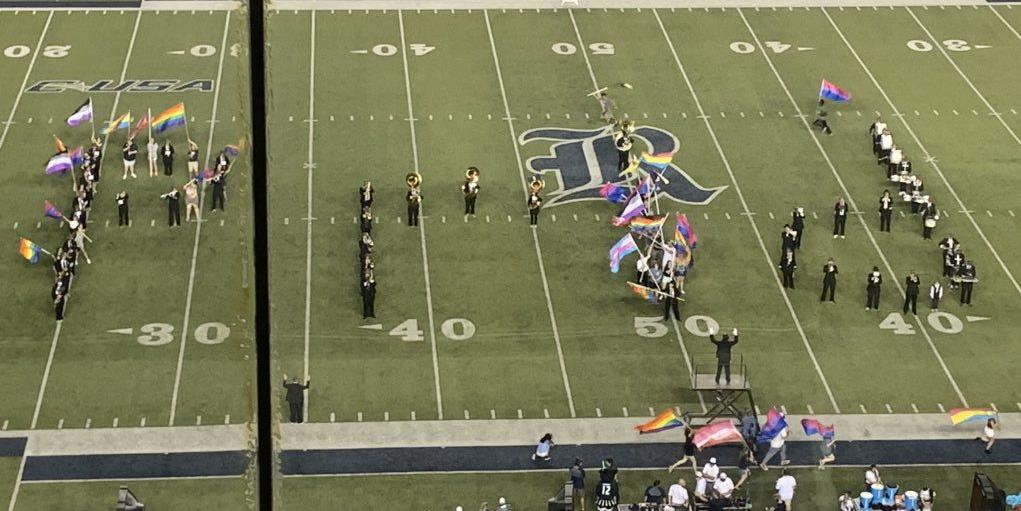 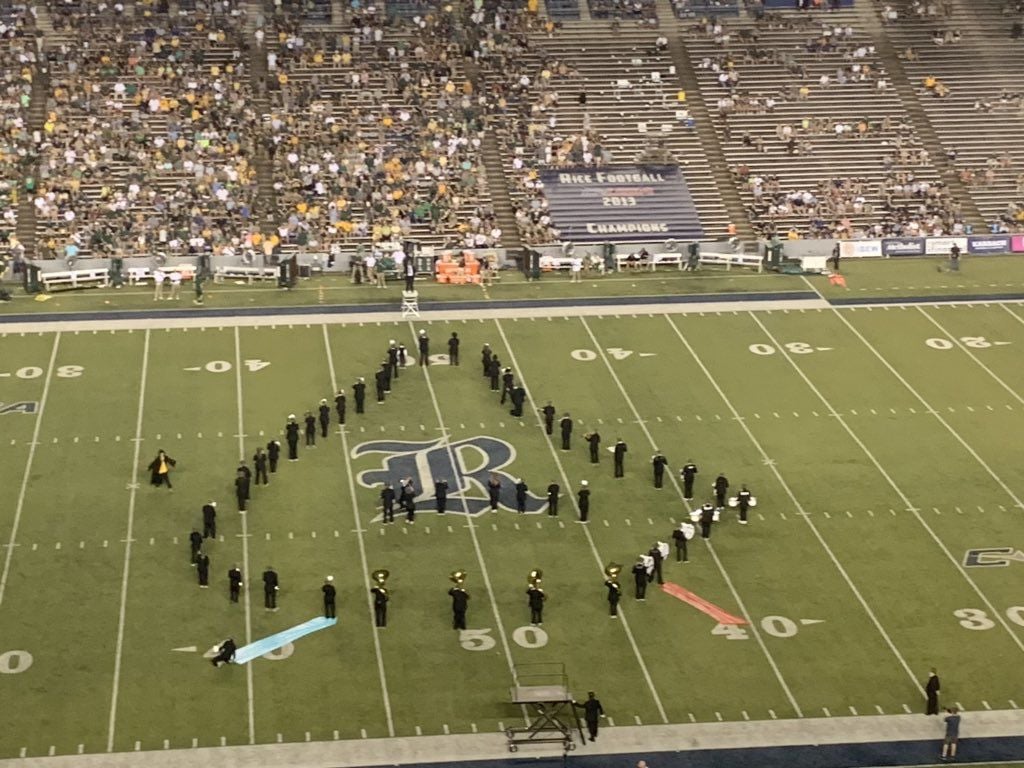 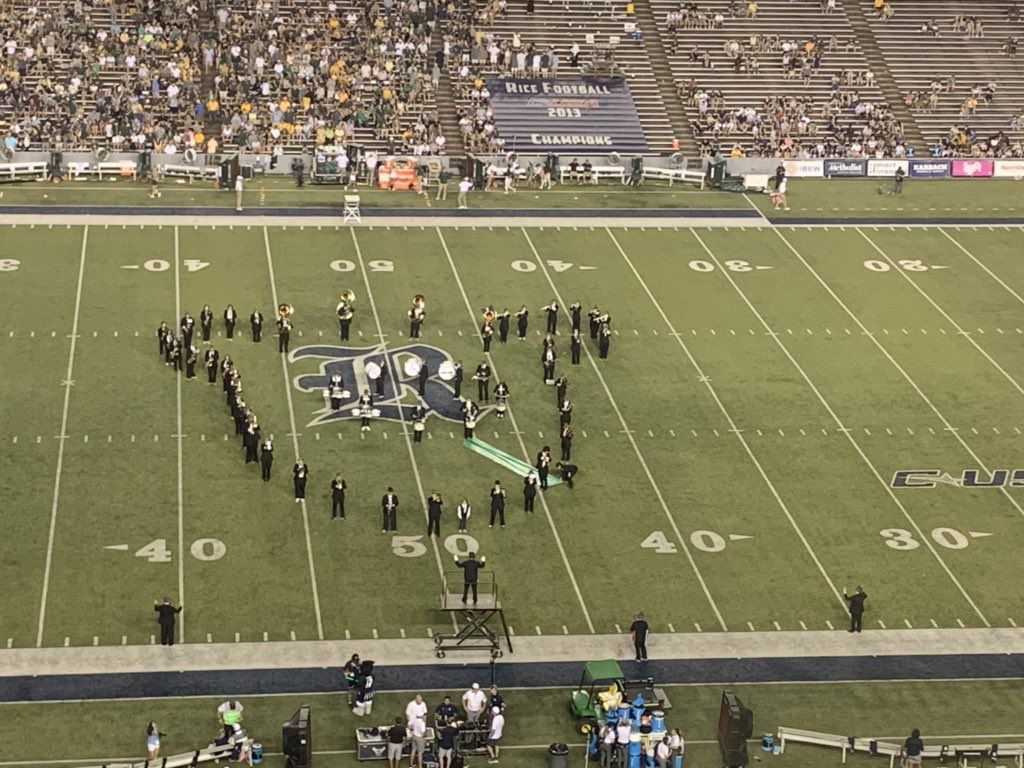 The Rice Marching Owl Band (MOB), which describes itself as the university’s “infamously irreverent non-marching marching band,” took a shot at Baylor’s LGBTQ stance Saturday with its esoteric halftime show.

The band formed the outline of a Bear, performed a Star Wars-like lightsaber battle, then ended its routine by spelling out the word “Pride” while students holding rainbow flags joined in and the band played "YMCA" by the Village People. Baylor has been in the news this year for its denial of a charter for LGBTQ student groups, as it “affirms the biblical understanding of sexuality,” according to an official university statement.

It’s hardly the first time the band has poked fun at its in-state rivals. Last weekend when Rice played Texas, the MOB spelled out “2.89,” a reference to UT’s team grade point average. In Baylor’s last trip to Houston in 2016, the band formed the words “Title IX” following the fallout from the school’s sexual assault scandal.

Watch the video below and read the band's script below and read more here about the halftime performance from Brittany Britto and Glynn A. Hill of the Houston Chronicle.

The Rice band (@ricemob) taking a shot at Baylor’s LGBTQ policies in its halftime performance vs. the Bears.

They spelled “Pride” at the end. pic.twitter.com/C34LxxyIdM

HOUSTON – Playing on the road for the first time this season, Baylor was wildly erratic as it mixed stretches of brilliance with momentum kill…

In the aftermath of Baylor’s 21-13 win over winless Rice, two schools of thought emerged.