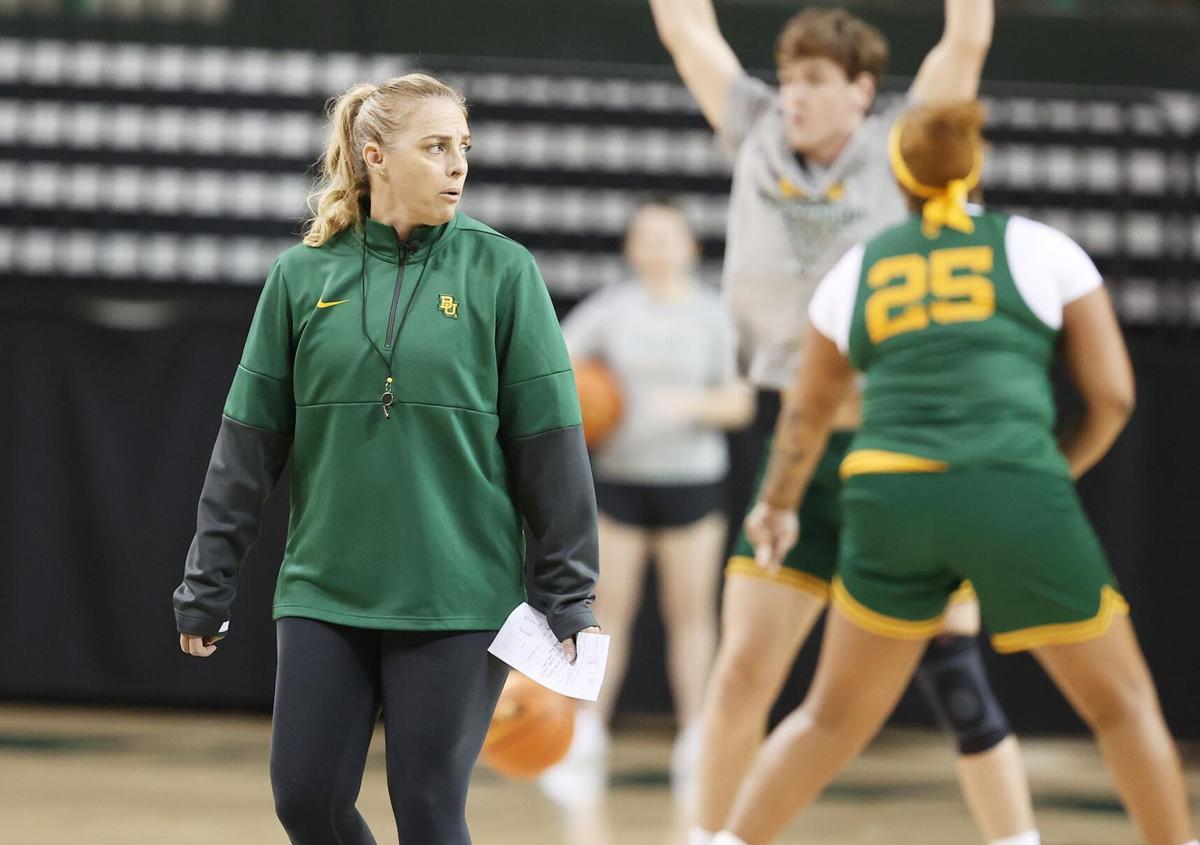 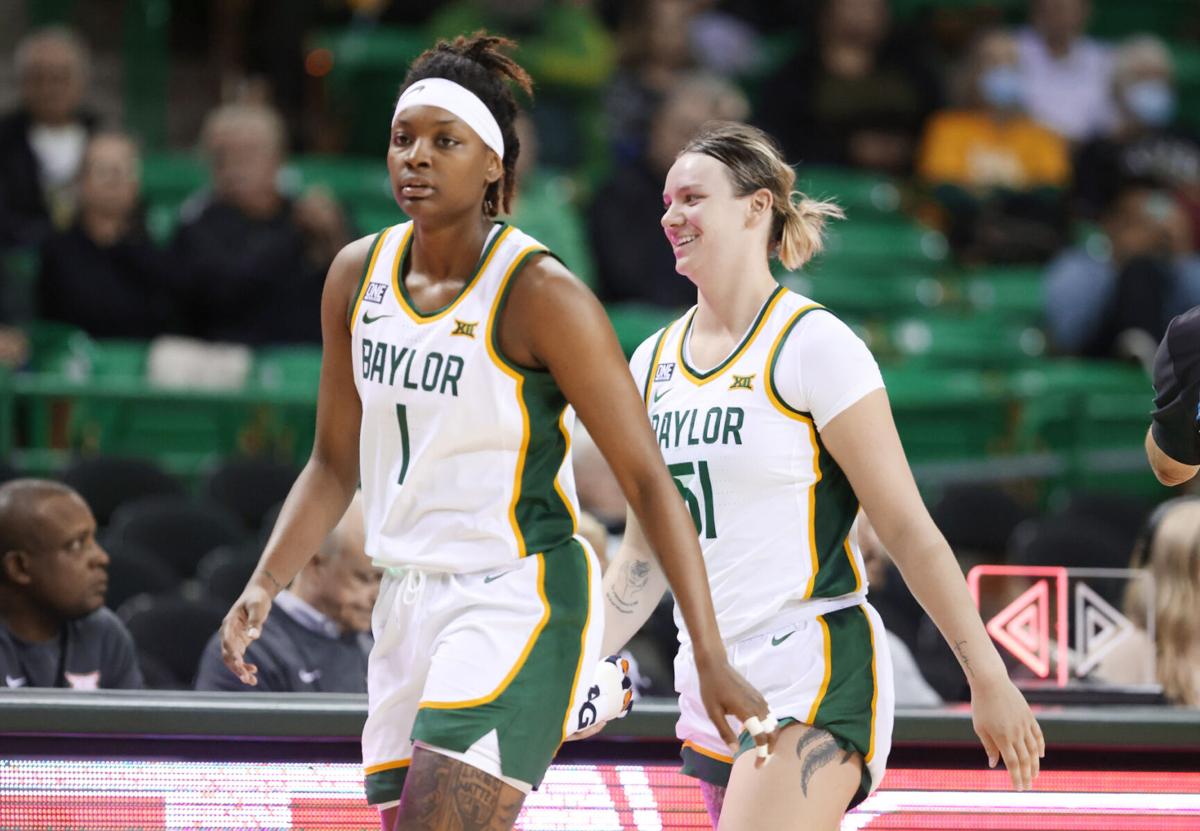 Baylor forwards NaLyssa Smith (left) and Caitlin Bickle are both coming off strong efforts in the Bears’ loss at Maryland on Sunday.

That’ll be the case as first-year Baylor women’s basketball coach Nicki Collen takes her squad to the Cancun Challenge for three games this week.

No. 6 Baylor will play Fordham at 10 a.m. on Thursday, followed by Arizona State at 10 a.m. on Friday, and then finish with Houston at 12:30 p.m. on Saturday. All of the games will be streamed online on the pay-per-view service FloHoops.

Baylor won’t play another ranked team in the event and, of the three opponents, Fordham is off to the best start in this early season.

The Rams defeated Michigan State, 71-68, on Sunday to improve to 3-1. Fordham’s only loss was a 15-point setback at Notre Dame last week. Before that, the Rams beat Quinnipiac in overtime and breezed past Seton Hall.

Houston and Arizona State are both 2-2 with mixed results.

Arizona State was a top-25 opponent when Baylor met the Sun Devils in November of 2018. Arizona State made the NCAA Tournament that season, but it was the last time the program did so. The Sun Devils have wins over Northern Colorado and Marist, while losing to Minnesota in overtime and BYU by 11 so far in this campaign.

Houston thumped New Mexico, 89-60, on Saturday to stop a two-game skid in which the Cougars fell in overtime against Texas-Arlington and were dealt a 21-point loss by Stephen F. Austin.

All of that will put the expectations on Baylor to have a clean slate in Cancun.

The Bears started their road trip by playing at No. 3 Maryland on Sunday. Baylor guard Sarah Andrews had an open look from 3-point range to tie the game at the buzzer, but the shot missed and the now-second-ranked Terrapins claimed a 79-76 win.

Collen didn’t take any moral victories from playing Maryland close, though. She said her team is still trying to click.

“It just takes time, it takes chemistry,” Collen said. “None of these guards and posts played together a year ago. I think everybody thought that (NaLyssa Smith) and (Queen Egbo) would carry us and Lyss did in moments. But it takes more than one player in a really good game to do that.”

Smith scored 30 with 15 rebounds against the Terrapins, boosting her season averages to 21.8 points and 12 boards.

However, Egbo played just 18 minutes and scored three points with three rebounds in the Maryland game.

“I thought we were better today with Caitliln (Bickle) on the floor,” Collen said. “I personally challenge Queen regularly that I think she can be the defensive player of the year nationally if she’s dials it in. But Caitlin, she’s a quarterback at the defensive end. She just doesn’t make a lot of mistakes and she kind of makes everybody else play better. It’s like having a second point guard out there because she just instructs.”

Baylor forwards NaLyssa Smith (left) and Caitlin Bickle are both coming off strong efforts in the Bears’ loss at Maryland on Sunday.